In Diary of a Chambermaid, French director Benoît Jacquot renews his collaboration with Léa Seydoux, the stunningly beautiful and brilliant actress whose career has skyrocketed since they first worked together on Farewell My Queen in 2012.

Nominated for a Golden Bear at last year’s Berlin Film Festival where it debuted, Diary has just been released in theatres.

Jacquot’s is the third movie based on Octave Mirabeau’s racy 1900 novel of the same name.

The previous versions, both considered classics, were directed by two of cinema’s most highly regarded filmmakers, Jean Renoir (1946) and Luis Buñuel (1958). And Seydoux, as Célestine, the put-upon and sexually preyed-upon Parisian chambermaid, steps into the shoes of two formidable predecessors, Paulette Godard and Jean Moreau.

However, the latest adaptation does not try to vie with its distinguished but very different forerunners. Instead it stresses themes that are of more concern to contemporary audiences, according to Jacquot who recently talked to us about his own take on Mirabeau’s classic and his affinity with his lead actress.

In Diary, Célestine is a beautiful but sullen young maid who resents having to be in a position where she must dutifully obey her usually irascible female employer while persistently dealing with the unwanted and awkward advances from the master of the house, and other lecherous men.

Though she feels abused, she realizes that with coquettishness and cunning she can effectively dominate a household and turn her plight to her advantage.

“In a roundabout way, Mirbeau’s novel, though set at the very start of the last century, has themes that remain meaningful in the 21st,” Jacquot says. “I had the opportunity to deal with issues that don’t just echo the past but resonate with what’s happening in today’s world – salaried slavery, economic and class inequalities, sexual discrimination and anti-Semitism.”

Though he holds Buñuel and Renoir in high regard as filmmakers, “their movies are less tied to showing these resonances.”

What also attracted the director was the structure of the plot.

“I had the opportunity to follow a female character from first to last shot, as I have often already done in previous films,” Jacquot says. “We only see Célestine, or what she sees, with a view to making a film in which the central character exposes her deeds, gestures and words with such emotive and sensual proximity that it provides a window into her inner world, the world of a woman who has only her body to free herself from the servile fate that society has inflicted upon her.”

The director holds Seydoux in high esteem for her acting abilities. “Very often for an actress it’s extremely difficult to portray a character like Célestine because so much has to be expressed non-verbally,” he says. “But if you have a talented actress like Léa, she can convey something that is very complex, using a minimum of facial expressions or gestures.”

How have Seydoux’s acting talents evolved since their first collaboration four years ago? “She’s acquired a kind of skill and ease that allows her to do more complicated films. She surprises me continually which is a great quality.”

Indeed, Jacquot had Seydoux specifically in mind when he decided to do a remake of Diary of a Chambermaid. He says: “I actually entrusted her with the film.”

Jacquot has been labeled as the director who loves women, to the extent that it’s almost part of his job description.

His films over three decades have starred many of France’s most accomplished and winsome actresses. They include Dominique Sanda, Anna Karina, Sandrine Kiberlain, Isabelle Adjani, Isabelle Huppert, Charlotte Gainsbourg — and Léa Seydoux.

“In general when I make a film about a young woman, it’s because I’m in love with her, and that’s evident in the final product,” he once told an interviewer.

He sticks to that sentiment today. “Of course it was the same in this film and it will be true in the next film,” he says. “That doesn’t mean I’m Casanova, but in France I’m called the heart of an artichoke,” he adds, using the slang term for easily falling in love.

In Farewell, My Queen, the first film he did with Seydoux, she played a courtier to Marie Antoinette when the French Revolution was beginning.

A critical and commercial success, the movie was the first international hit for the director who has done over 40 films; and Seydoux was nominated for a César (the French equivalent of the Oscar) as best actress.

She was nominated again in 2013 for Blue Is the Warmest Color and went on to win the prestigious Palm d’Or at Cannes along with co-star Adèle Exarchopoulos for the lesbian-themed film that features an audaciously explicit seven-minute love scene.

This was the first time the festival’s grand jury had ever handed out the honor to the actors in a film, in addition to the director, the usual sole recipient of the top prize, in this instance Abdellatif Kechiche.

Seydoux has also appeared been in a number of Hollywood hits helmed by top directors including Quentin Tarantino’s Inglorious Basterds, Woody Allen’s Midnight in Paris, Wes Anderson’s The Grand Budapest Hotel and last year she was alluring as the latest James Bond girl in Spectre.

Given Seydoux’s rapid ascent to mega-stardom, will Jacquot have a tough time landing her for a future feature? He responds: “I think I’ve developed a close enough relationship with Léa right now that if I invite her to make another film she will adjust her schedule.” 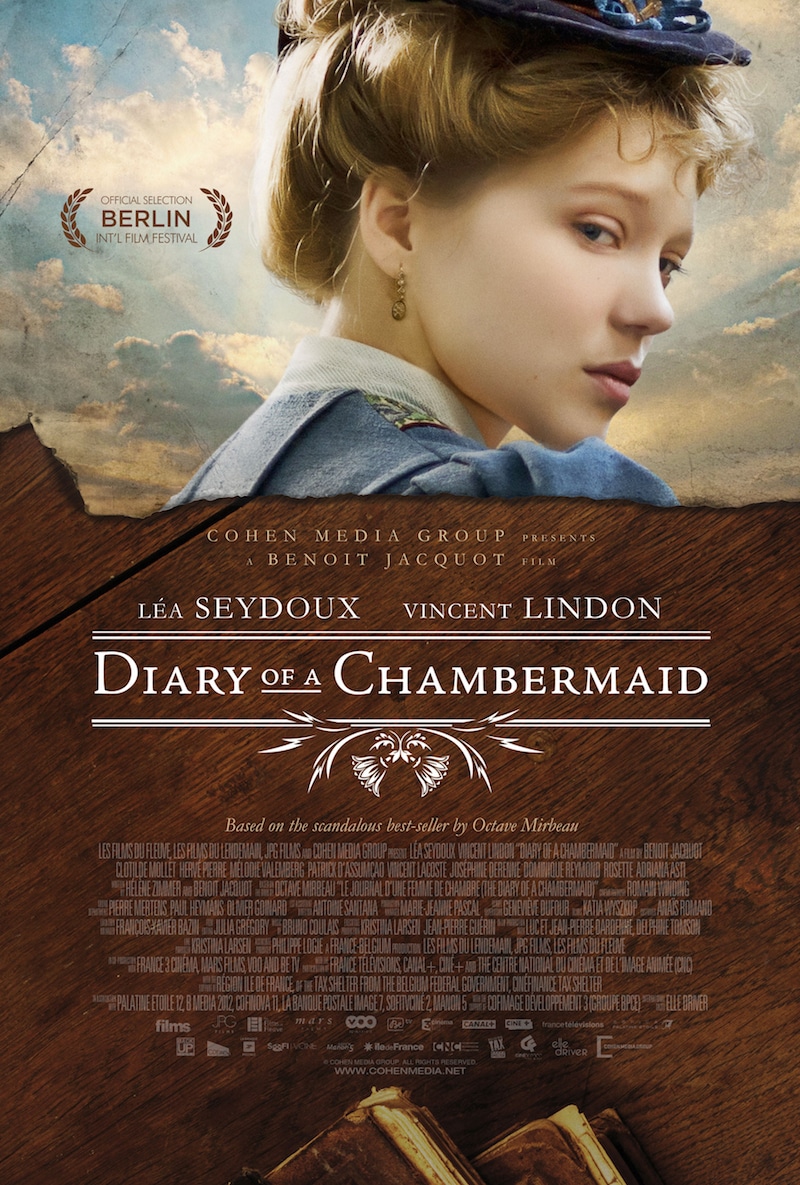 AJ Michalka: From The Goldbergs to Schooled, who is actress who plays...

The Bold and the Beautiful spoilers for next week: Wyatt tells Flo...

When will XFL team names be announced for 2020 season? Everything we...
Sign up for our Movie newsletter!