Actor Rudy Pankow is the latest celebrity target of a viral death hoax.

A hoax website claimed that Pankow died in a car crash while driving under the influence. Pankow is best known for playing JJ Maybank on the Netflix series Outer Banks.

The 21-year-old actor is very much alive but this has not stopped many falling victims to the hoax news story.

The fake story, which has been widely shared on Facebook, left many fans questioning whether the actor had really died. 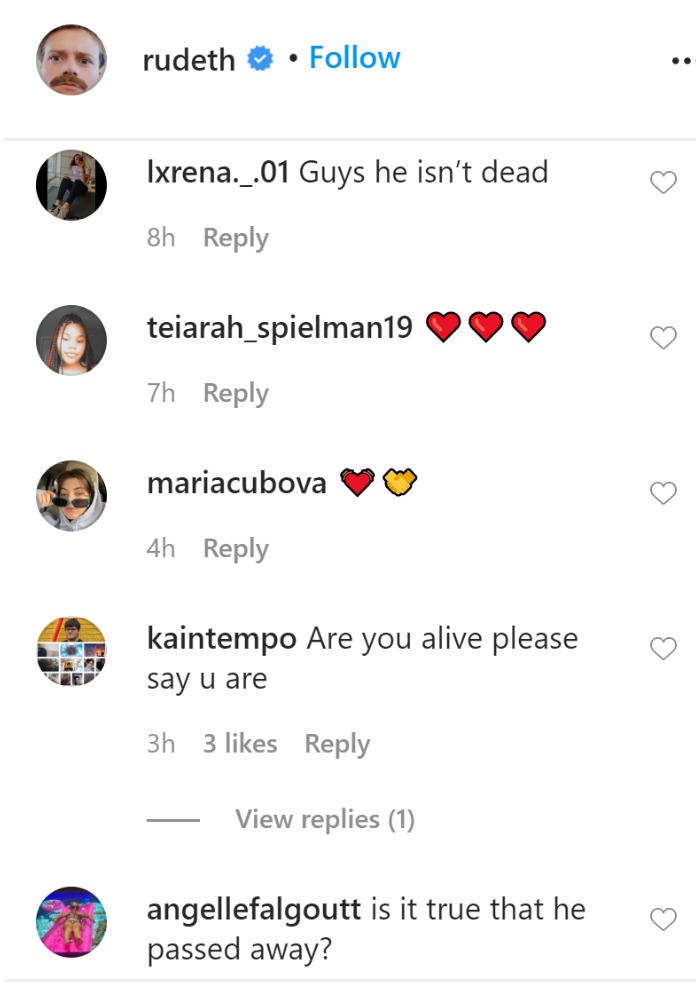 Pankow, who has over 3.3 million Instagram followers, last posted on June 19 celebrating Juneteenth with the following message to his followers “Celebrate Juneteenth!! Listen. Acknowledge. Support. Remember.”

It appears the actor was targeted in the hoax due to the success of Netflix series Outer Banks, which was released during the COVID-19 lockdown. The popular series has ranked in Netflix’s Top Ten in the United States since its release.

Pankow responded to the success of the series in an interview with Lofficiel USA where he explained he has been unable to experience it as he would have liked:

Who is Rudy Pankow?

Rudy Pankow’s breakout role is in the Netflix hit series Outer Banks where he portrays heartthrob JJ, the surfer who is the best friend with the lead character John B. The 21-year-old was born in Alaska and went to Ketchikan High School in Ketchikan.

He started to pursue acting in his senior year of high school then he moved to Los Angeles to study acting rather than go to college.

Pankow has not responded to the hoax and has not been on any of his social media accounts in over a month. However, it is clear from the story about his “death” that it is fake.

A network of hoax websites regularly spam social media with links leading to the false story, such as the Pankow car crash.

Unsuspecting users tend to share these links without reading them, which leads to the hoax going viral. Some of these links will ask users for their Facebook password to view a video related to the hoax.