Played to the arrogant hilt by Golda Rosheuvel, mad King George’s wife gives off a slew of airs and hardly any graces as she mingles with her subjects in 1813 London on the hit new Netflix series.

George III’s spouse, who was actually a monarch during the Regency Era from 1761 to 1818, was also incredibly insensitive.

For example, she did not even deign to allow visitors the chance to try her piles of snuff when they came to call. Instead, she hogged all the substance for herself, earning the apt nickname Snuffy Charlotte.

Golda took on a tea scene in Episode 2 to illustrate this point.

As she snorted up a bunch of snuff, she spoke as if no-one else in the room was really of much use. She seemed to give out commands like more genteel folk give out compliments, only showing a sliver of interest in her guest during a moment when high society gossip was discussed.

Who is Queen Charlotte’s Golda Rosheuvel?

The actress who was cast as Queen Charlotte in picturesque Bridgerton has played diverse roles during a long career.

Rosheuvel’s list of credits shows how much range she possesses.

The British actress is known for her role as Agnes in Lady Macbeth, a BAFTA-nominated movie that hit theaters in 2016 with Florence Pugh as the lead, according to IMDb.

She was also seen in films such as Mr. Stink, Consuming Passion, and Lava.

As played by 49-year-old Rosheuvel, Queen Charlotte was cast as a Black woman.

But, was George III’s consort with whom he was the parent to 15 children also Black?

The answer has become an ongoing debate among historians although many believe she was Britain’s first Black queen.

“One particular researcher has tracked the royal’s genealogy and believes he’s found evidence that she was,” states Oprah Magazine’s McKenzie Jean-Philippe.

“I don’t think it’s ever going to be proven or disproven, to be honest with you,” Julia Quinn, author of the books upon which Bridgerton is based, told Jean-Philippe.

Quinn continued, “…let’s say she was Black. And what if that was accepted at the time and people acknowledge that, and then she used that position to lift other people of color to higher positions in society. What would society look like?”

Hopefully, the talented Golda Rosheuvel will eventually comment on that.

Bridgerton is available to stream on Netflix. 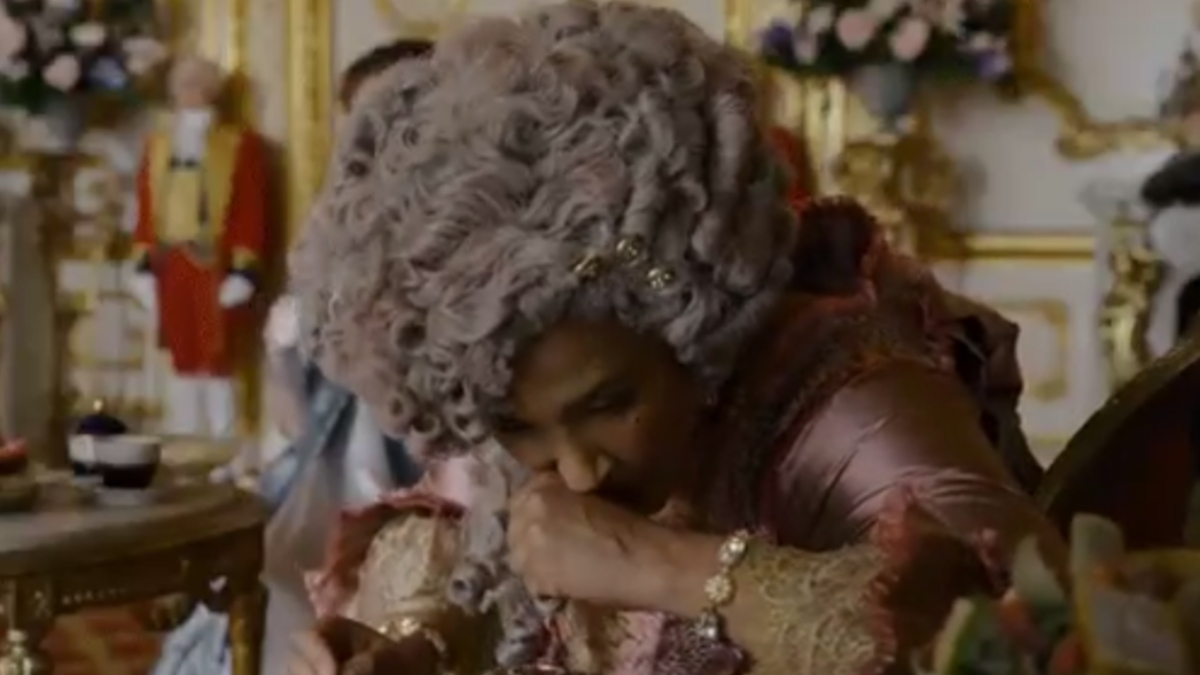 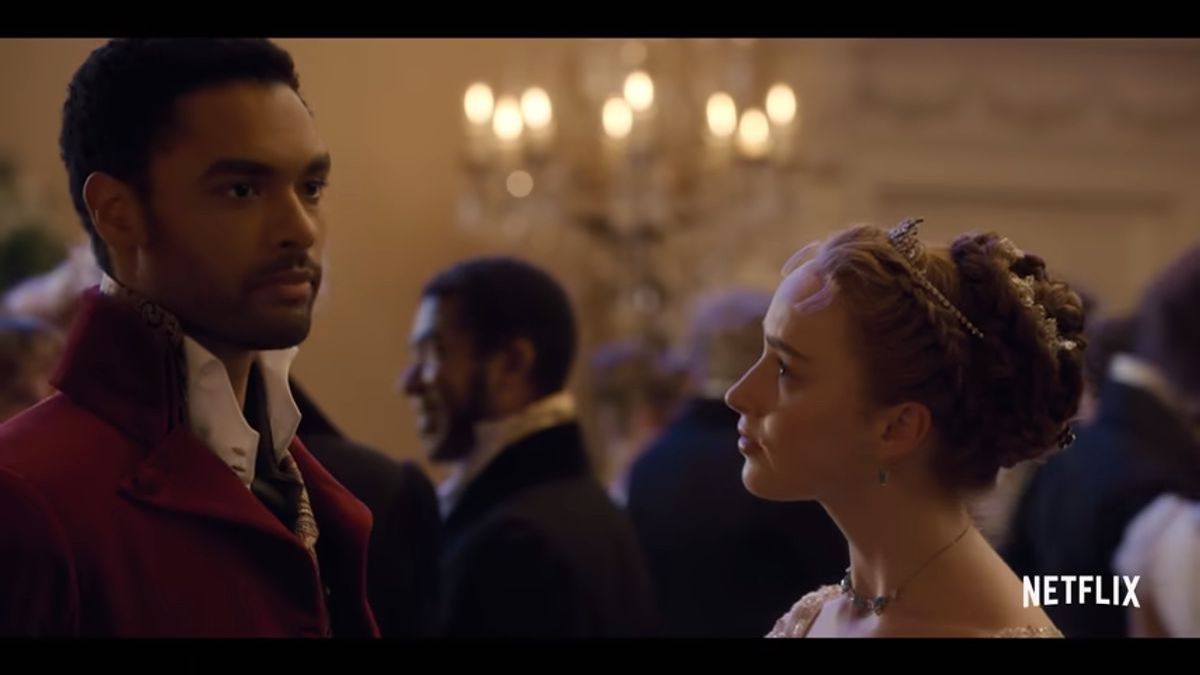 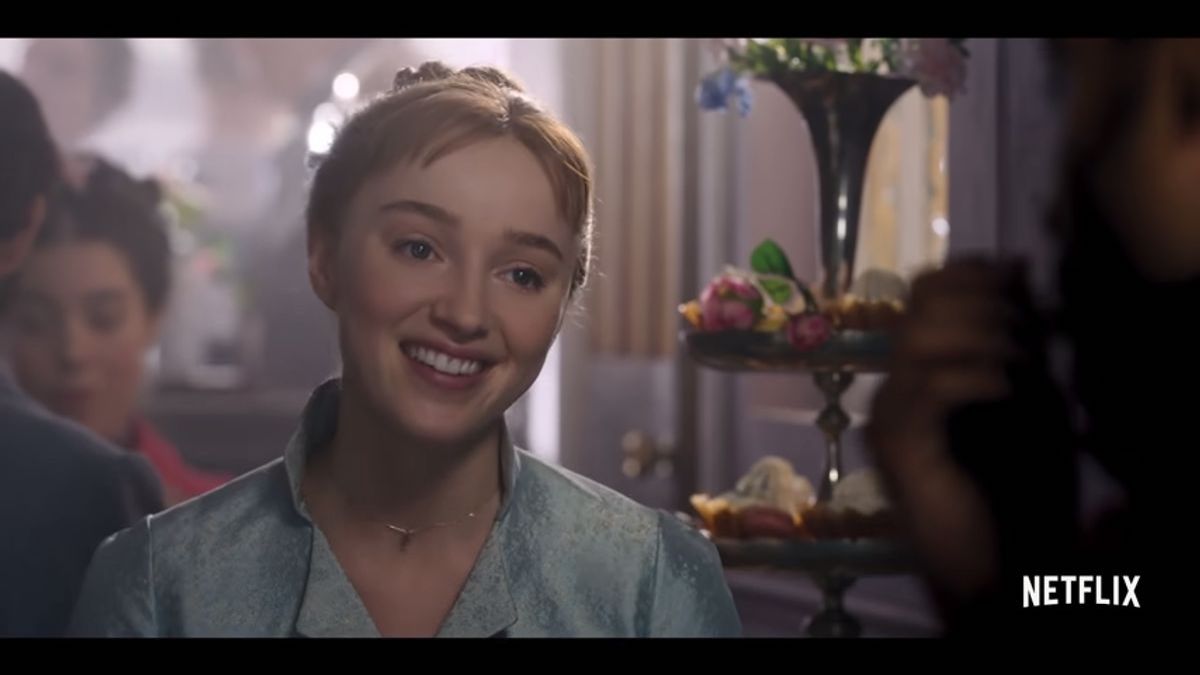 How old is Daphne Bridgerton? 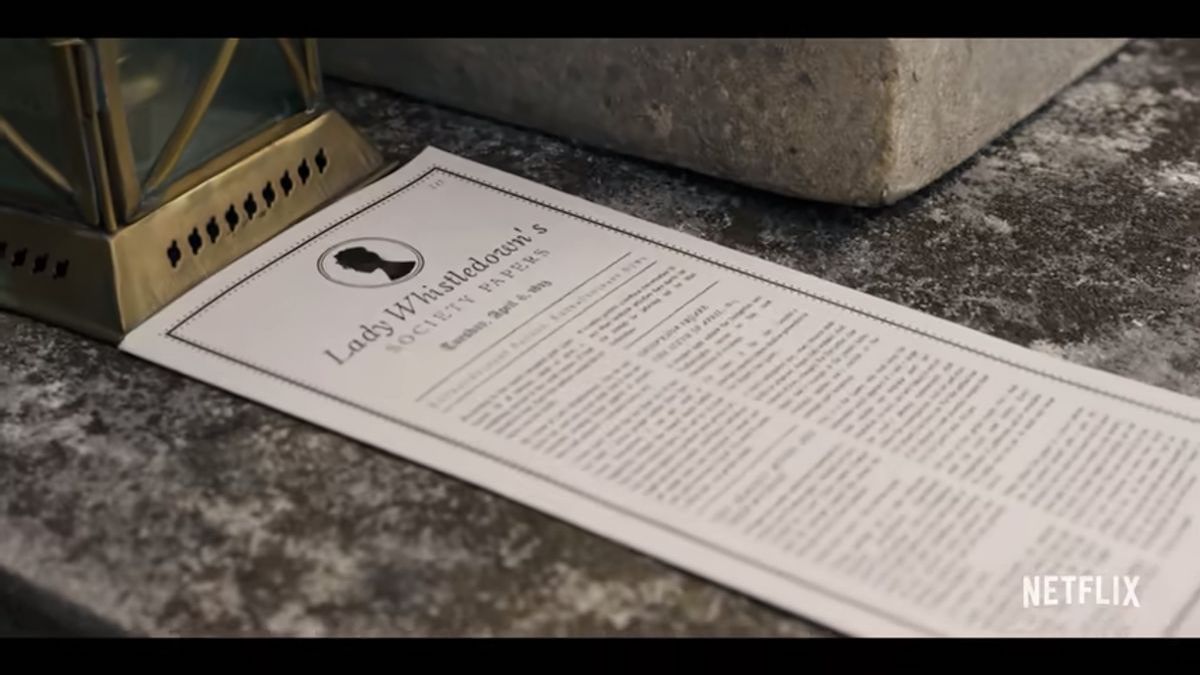 Who is Lady Whistledown?