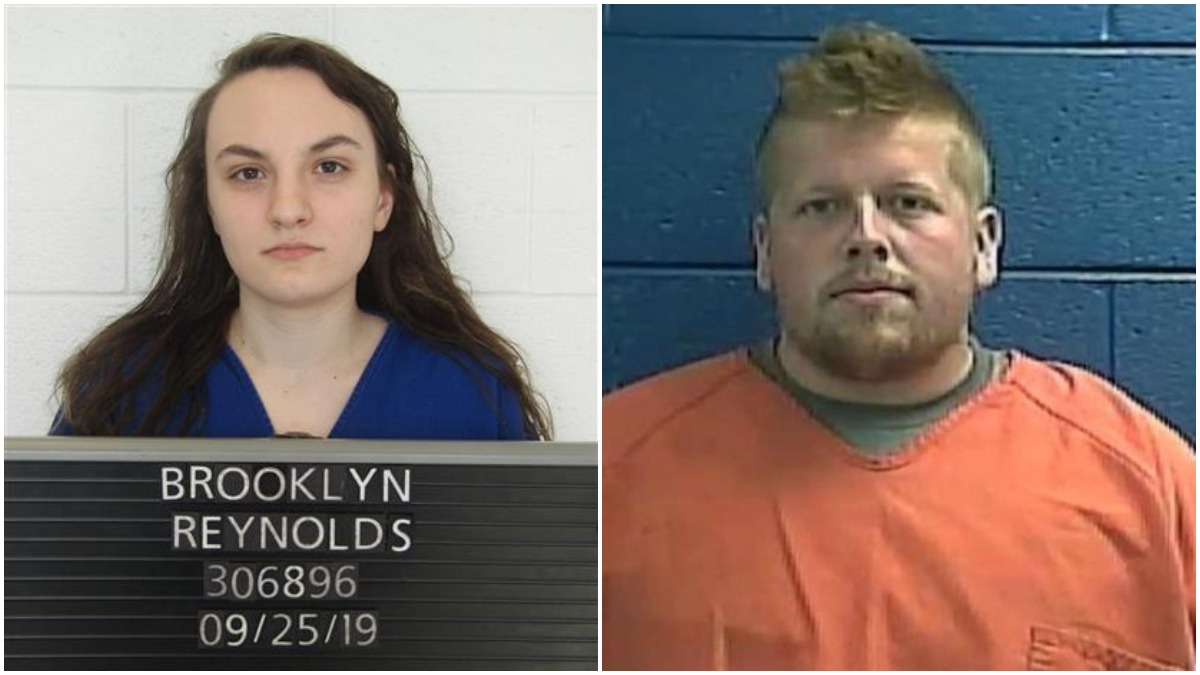 This week on Killer Couples, the team looks at another case of young love that turned violent from Rockcastle County in central Kentucky.

Chara and William Bryant were found dead in their bedroom by their daughter on June 8, 2017; their killers were another daughter and her boyfriend.

Christopher Evans was 22-years-old and was dating Brooklyn Reynolds, who was only 16 at the time. Brooklyn’s mother and stepfather, Chara and William, strongly disapproved of their relationship and forbade them to see each other.

Evans and Reynolds were so angry with her parents that they hatched a plan to murder them.

Christopher Evans entered the couple’s home in Mount Vernon home and shot them both with a .38 Special handgun. Reynolds then helped him cover up the crime by washing his clothes and burning his shoes to destroy the evidence.

Brooklyn Reynolds and Christopher Evans both charged with murder

Within several weeks both Evans and Reynolds had been arrested and charged with the murders.

Reynolds was initially charged as a juvenile, but she was moved to an adult court so she could be tried as an adult. She was subsequently convicted of complicity to murder; she received a 23-year jail sentence.

At her sentencing, she said she “was truly sorry and ashamed.” She will have to serve at least 85 percent of her sentence before she’s eligible for parole.

Reynold’s half brother, Austin Witt, said after the sentencing that he “felt like the sentencing was kinda light on my behalf because of the premeditation of the murders of both my mother and father.” He also said he hadn’t had a close relationship with his sister.

Evans was charged with two counts of murder in addition to burglary and tampering with physical evidence. He was sentenced to over 50 years in prison and won’t be eligible for parole until 2037.

Follow the links to read about more murders profiled on Oxygen.

Betty and Dan Broderick were high flyers in San Diego’s La Jolla high society until Dan announced he wanted a divorce. The ensuing battle for their house and children led to bitterness and extreme violence. Betty claims she couldn’t take it anymore when she murdered her ex-husband and his new wife, Linda Broderick.

Teresa Lewis hatched an evil plan to have her husband, Julian Lewis, and his son, Charles Lewis, murdered so that she would be the sole beneficiary of life insurance money. She paid two men who she’d been sleeping with to perform the shootings.

WISP on Shark Tank: The easy and effortlessly way to clean your...

The Nice Guys review
Sign up to our True Crime newsletter!