Historically, This Is Us scribes love to tease fans with a moment that leaves them scratching their heads until the next episode.

And, once again, fans were left stunned at the close of Both Things Can Be True when three of Kevin’s (Justin Hartley) ex-lovers were seen in succession as they learned of his engagement to Madison (Caitlin Thompson) via a supermarket tabloid.

Entertainment Weekly spoke to This Is Us staff writer Danielle Bauman and co-executive producer KJ Steinberg regarding the final moments of the episode where they revealed what fans can expect moving forward.

Both Danielle and KJ revealed that the moment was a deliberate move on the part of the writers to not only create tension at the close of the episode but to set up a story that may eventually be explored.

“‘Buckle your seatbelts,’ is all I’m going to say,” said This Is Us co-executive producer KJ. “Let’s see how that plan plays out.”

“Yeah, hold on. Deep breaths. Everything’s going to be okay. But also, we’ve had a plan for Kevin for a long, long time. So you’ll just have to watch,” said Danielle.

They also revealed that it was “quite intentional” to show each character pick up the magazine and read the news of the engagement, with none of their ring fingers were shown.

KJ and Danielle spoke of Miguel’s (Jon Huertas) large role in the series’ most recent episode, which answered a lot of questions for fans as to his feelings regarding his best friend Jack, his involvement with Rebecca, and the guilt he felt over his decision to marry his late friend’s wife.

Both Miguel and Rebecca appeared to be estranged before reconnecting on Facebook after Rebecca added photos of her first granddaughter, Tess, to the social media site.

KJ said that the show will really explore that period and the guilt and weirdness that Miguel felt over becoming involved with Rebecca, but fans will have to wait until Season 6.

Fans were able to learn more about how Miguel felt about his entrance into the Pearson clan through a confrontation with Jack’s brother Nicky where he finally opened up about how he felt. Miguel said he married Rebecca 13 years after Jack died, and he constantly wonders what Jack would think, but that he owes an explanation only to Jack.

Miguel’s character was also teased in a flashback

KJ referred to the moment when Miguel assisted Jack as he attempted to recreate his and Rebecca’s failed first date at a carnival where he would propose to her. Miguel stood at Jack’s side when his father-in-law Dave said he would “tolerate” their union.

He let Dave know that everything Jack has done for as long as Miguel has known him has been about Rebecca. Miguel said if Dave won’t give Jack his blessing, Dave was the one with poor character.

“I think it was a breakthrough moment. I think it was meaningful. And I think any fan of the show knows never to assume that what you’ve seen is the only option to what actually happened,” said KJ of the moment between Miguel and Jack. 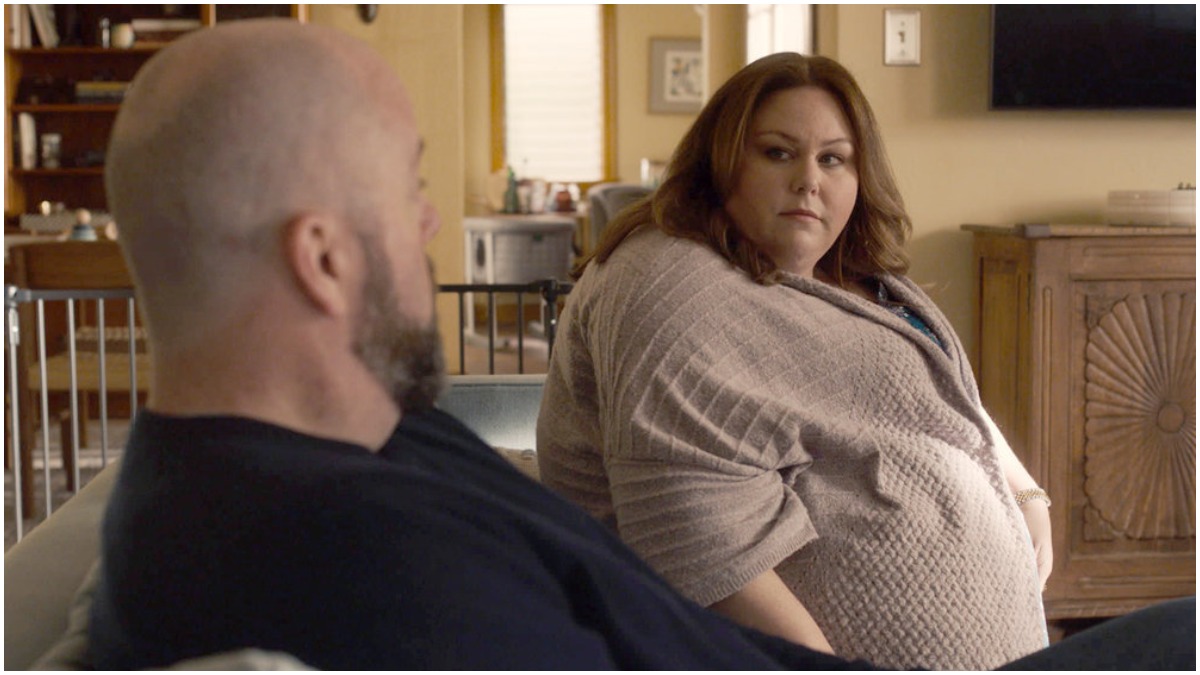