Time to rev up our engine as The Ride That Got Away is coming up on the History channel.

Stunning and automotively adept, Courtney Hansen is known in auto circles as The Leading Lady of Automotive TV.

Hansen, who is the host and Executive Producer of History Channel’s newest auto-themed TV series The Ride That Got Away premiering this weekend, hosts alongside world-renowned car designer Troy Ladd, who just swept the 2017 awards season for automotive design.

For every car lover there’s the one that got away. The one they grew up riding around in with their parents, the first car they ever bought or the dream ride they had to sell when they fell on hard times.

In each episode, Courtney and Troy find these missing pieces of personal and family history. Often times they are also veritable pieces of American history.

The two get the vehicle back to their rightful owners who said goodbye to them long ago.

The twist? These owners don’t know they’re about to meet their old rides again.

Once Courtney finds the original car, they repair, restore and reimagine the car into a “fantasy version of the dream car that got away.”

These are not just faithful restorations. The cars are rehabbed to the owner’s vision. Examples being a ’64 Impala is turned into a “badass lowrider.” A 1920s Ford becomes a T-Bucket hot rod.

Every transformation is meant to be personal to its owner.  Courtney promises too that “they’ll be souped up with all the latest bells and whistles.”

Hansen achieved popularity and a devoted worldwide following as the co-host of TLC’s hit car-makeover show Overhaulin’ where she also got her hands dirty helping teams led by auto design legend Chip Foose.

During her time on Overhaulin’ Courtney also co-hosted the specials Rides: Biggest Spenders and Million Dollar Motors for TLC several seasons of Overhaulin’ Hansen, Courtney went on to host 10 seasons of Powerblock/ PowerNation for Spike TV.

In addition to her TV work, she is an accomplished author.  Her book, The Garage Girls Guide to Everything You Need to Know About Your Car, targets women and first-time car owners. Courtney was honored as the recipient of Ford’s “Life in Drive” Award.

We spoke to her about this cool new History series:

Monsters and Critics: You had a really unique childhood. You grew up with a Dad who had no problem getting you right into the garage. Can you talk a little bit about that?

Courtney Hansen: Yeah, my family owns Brainerd International Raceway in Minnesota and I grew up a pit kid, going from racetrack to racetrack, hanging out in the garages and just spending a lot of time with the mechanics, the builders, and my father.

And my Dad actually won 27 national championships in SCCA racing which is, by far, the most of any other driver.

And so he was a badass, one of the best racers of all time. I spent a whole lot of time at tracks, but I think also cars are in my blood. A love for everything automotive runs through my veins.

M&C: It shows. How many times in your life have people underestimated you because you’re so beautiful and how could this gorgeous girl know anything about engines?

Courtney Hansen: I was pleasantly surprised to find that, within the automotive industry and the automotive community, there is very little to zero chauvinism.

Maybe with the first couple episodes of Overhaulin’ people were like “What the heck is going on here with this girl, who is trying to hold her own with the men?”

Maybe they thought I was pretending to love cars, or pretending to have knowledge about cars, and they very quickly found out my history and pedigree.

And then also I think you could just see that I am passionate about cars. I love this industry and I do know quite a bit. I don’t pretend to know everything, I certainly don’t, and I’m learning every day.

But I do have the knowledge and that’s how I grew up.

So I think very quickly there was that realization and people have been so supportive and so kind to me and I really found zero chauvinism in my industry, and I love it.

And I’m so inspired by the other women out there, and the men, the men inspire me, but the women do.

And I’m so glad that there are more and more women who are caring about cars, watching the car shows, and working on cars and it really makes me happy to see the younger generation that’s keeping this passion for the car industry alive.

M&C: How did you professionally connect with Troy Ladd?

I was doing a photo shoot for a magazine two years ago and I called him to say, “Is it possible that I could use your garage because your cars are so amazing and I love that space.”

So I said, “Could I possibly use your garage,” and he said, “Oh my gosh, I’m in the middle of all these builds and I have to have them done,” I think it was for SEMA. He said, “I’m just slammed.” He said, and we started chatting.

Another production company had come to me just about six months prior to that to ask me if I wanted to view, they said, “Can you fly to LA? We have a TV project for you.”

I flew to LA and I met with them and they said, “We would love you to be Troy Ladd’s partner on a series that we’re going to do about his business, A Hollywood Hot Rod.”

I said, “Oh, I’m extremely flattered that you asked me to do this show, but I actually am working with my own TV project and I can’t. I can’t do a competitive series. I’m honored and everything, but I just can’t do it. I have to focus on my own project.”

Then six months later, when I’m talking to Troy, I said, “How’s that car show going and he said, “Oh, you know, I decided not to do that. I didn’t like where the concept was going and I just didn’t think it was the right fit, so I opted out of that project.”

So I said, “I’m looking for a lead designer on this show and you’d be an absolute dream. Would you be interested?”

And he said, “Heck, yeah, let’s talk about it,” and then he ended up coming on board, which we are just thrilled about and honored.

In my opinion, he’s the best in the world. He swept the 2017 award season. So here we are.

M&C: That’s awesome. What do you tell girls and your own daughter about careers in motorsports, and design and engineering?

What kind of intel do you give them about it if they want to pursue careers, in any capacity, whether it’s just the most basic, working on an engine, to designing and building engines?

Courtney Hansen: Yes, I tell young girls and boys that you just have to shoot for your dreams, and go where you want to go, and don’t let anybody stand in your way. Just plow down those doors doing what you believe in and what you know you’re meant to do.

It is one in a million and so you have to keep your head high and keep positive or that you’re not good enough, or you’re not pretty enough, or you don’t have the right look for that project, or you can’t do that, that’s impossible.

You just have to believe in yourself and rise above it, and plow through it, and do what you want to do.

I really believe you can do absolutely anything if you have the passion, and the spirit, and you don’t let anyone stand in your way. I know that I’m here today because I continued to believe in myself and plow down those doors.

And even in recent days, even in the past couple years when I was trying to get this project done, I was told by one of the biggest agents in Hollywood that it would be impossible to do.

That men don’t want to watch women on TV, and that I can’t do what Richard Rawlings has done because, I wouldn’t maybe use that name, but I couldn’t do what the big guys out there at my level have done because I’m a woman. I can’t wait to prove them wrong.

M&C: I love that. Hey, tell me about some of the builds that we can look forward to and the ride that got away, some of the restorations and surprises?

M&C: Okay, this the fun fact, quick answer round. You ready?

Courtney Hansen: I’m going to have to say, because I’m at it right now, that my favorite car show’s Cruisin’ The Coast in the Mississippi Gulf Coast.

And really, it is one of my top three of the year. It probably is number one. I love the fact that it spans five cities, or six, seven now, seven cities, 36 miles of territory in the Mississippi Gulf Coast which include Biloxi, Gulfport, Pass Christian, Ocean Springs, Bay St. Louis, and Pascagoula.

It spans all of those. My favorite is Ocean Springs. I love the trees, I’m a tree lover so to see all the trees and all the cars woven among them, it’s just like a dream.

And the people are so nice and the food is delicious. The line of cars and trucks is unsurpassed.

But I’ll say, I also really love Back to the ’50s in Minnesota because I’m a Minnesota girl and that show always makes me happy to attend. There’s so many that I love. Gosh, it’s really hard to pick a favorite.

M&C: Next one … your favorite modern build or brand of a car is?

Courtney Hansen: Well, I drive a 1957 Thunderbird, that’s my favorite cruiser and I will own that car forever, and ever. I absolutely love it, white on white with the porthole windows.

But let’s go for the dream, my dream classic would be a ‘71 Hemi Cuda.

M&C: This has been an incredible year for you. You just got married, didn’t you?

Courtney Hansen: I got married in July in Italy. We got married in Taormina, Sicily. It was off-the-charts breathtaking spectacular, the most special weekend of my life. 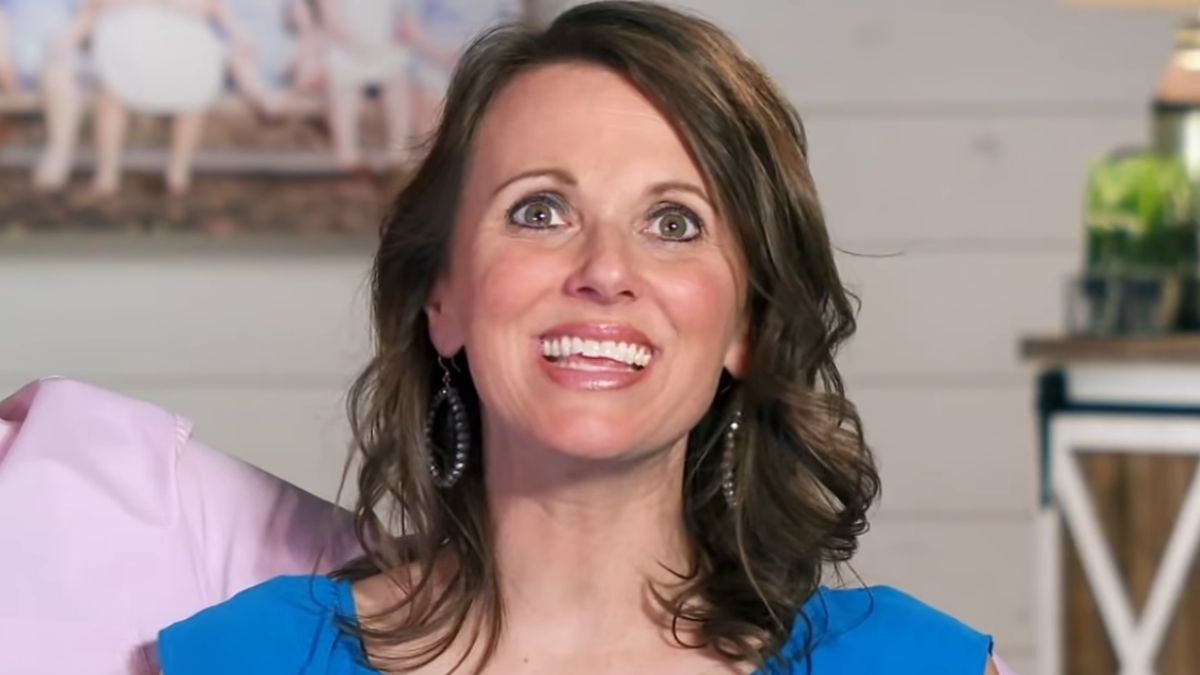 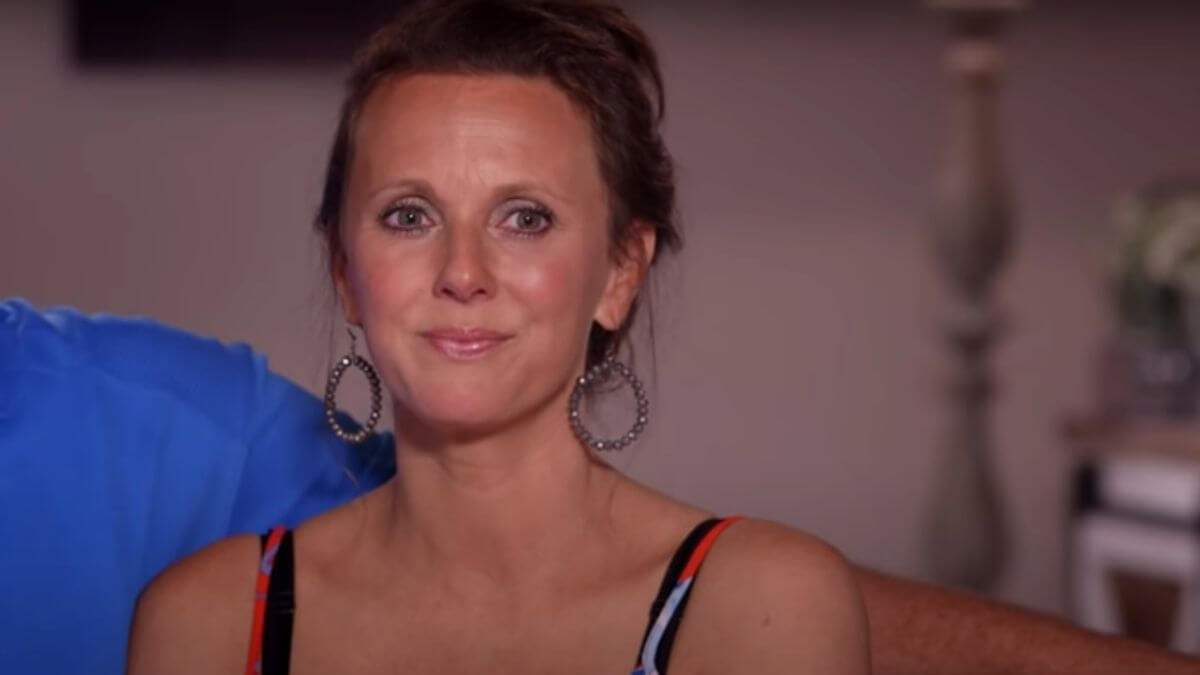