Last week, The Great American Baking Show: Holiday Edition premiered on ABC and got right down to business, with contestants clamoring to present judges Paul Hollywood and Sherry Yard their best cakes and pastries.

First up is the signature challenge. The bakers must make 24 identical pieces of rugelach, a Jewish pastry-like cookie, and each must be exactly 1.5 in width. Getting two dozen cookies to be completely identical is a bit of a daunting task, but the bakers jump right in, each excited to put their own personal spin on the holiday classic.

So what’s the secret to good rugelach? According to Paul, who confesses to being a “bit of a Cookie Monster,” flaky pastry is key, while Sherry notes the flavor must shine through.

Chris is using his Florida roots and his grandmother’s recipes for his Key West rugelach, with a strawberry-lime jam filling and lime-infused dough. Amanda’s going for a more savory route with five-star Chinese spice rugelach.

John’s in full holiday mode with his “reindeer treat” carrot cake rugelach with cream cheese frosting. Jason, meanwhile, is drawing on his Germany honeymoon for the inspiration behind his mulled fig and walnut rugelach.

Destane’s going for an apricot walnut cinnamon rugelach, a flavor combo that she knows works well because her young son is her taste tester and he ate them all. Jiwan wants to impress the judges with a citrusy walnut rugelach, with notes of orange, grapefruit, and lemon. Last but not least is Tina, who’s incorporating some of her family’s favorite flavors into her chocolate cherry pistachio rugelach.

Once the cookies are in the oven, there’s nothing left to do but watch them bake. The bakers each peer into their ovens nervously, willing the cookies to bake faster.

“A watched rugelach never browns,” Amanda laments, noticing everyone else’s cookies are out while hers are still in the oven. With a minute left, she pulls hers out. “It’s just a cookie, it’s just a cookie,” she assures herself.

It’s time for the judges to scrutinize everyone’s rugelach. First up is Andrea. Hers are close, but no cigar in terms of bake and flavor. John’s rugelach also misses the mark – Sherry felt they looked like cinnamon rolls and lacked carrot flavor.

Paul liked Tina’s rugelach so much that he shook her hand. This is the equivalent of getting a winning lottery scratch-off ticket, and Tina actually gets a bit choked up.

Next is Jiwan’s cookies. Paul loves the color but wishes there had a more orange flavor. Chris’s are a bit pale, and the dough is raw. Is Chris falling prey to the infamous Star Baker curse? Time will tell.

Destane’s rugelach is heavy on the decorations but slightly underbaked. Amanda’s are also underbaked, but Sherry praises her for taking a risk in terms of flavor, which paid off.

Last but not least is Jason’s rugelach, which Paul says “tastes like Christmas,” and Sherry said she’d never seen rugelach done this way, and she wants to make it. Jason is understandably overjoyed to receive such a high compliment from a three-time James Beard award winner.

The technical challenge is up next, and the bakers must make 20 chocolate-covered cranberry Florentines. Easy, right? Not so fast: Florentines are a delicate, lacy cookie. They’re crispy with a slight bit of chew, and the tempered chocolate must be shiny and be in a zigzag pattern on the cookie.

As with all technical challenges, the bakers only get the barebones of the recipe and need to figure out most of it their own, like how long to bake the cookies.

They’ve only been given enough ingredients for 20 even-sized cookies. They also need to temper the chocolate correctly.

When it comes to the blind tasting test, many of the bakers missed the mark with size, but captured the flavor. Andrea’s cookies ranked last, and Jiwan’s were ranked number one! Paul and Sherry loved his cookies’ lace, caramelization, and great chocolate zigzag pattern.

The showstopper challenge is a doozy: Bakers have three hours to create one large cookie cream tart, any flavor and shape, but it must have two layers with a delicious filling.

They also need to make one dozen macarons. Macarons are a tough cookie to master, no pun intended – they need to be crunchy on the outside with a soft filling on the inside. Paul says he wants to see passion.

Amanda’s winter wreath cookie tart is “pretty as a picture,” according to Paul, with good taste to boot.

Chris opts to make a lemon ginger cream cookie tart shaped like a Christmas tree, but Paul likens it more to a “January tree,” as in the tree you take to the curb when Christmas is over. Ouch! To make matters worse, his macarons are also a mess.

After tasting the others and summing up all three challenges, the judges award Tina Star Baker. When it came time to send a baker home,  two contestants were sent packing: John and Jason.

We’re halfway through the season already! But we just got here! We’ve arrived at Bread Week.

“Time to rise to the occasion,” jokes Amanda. See what she did there?

Before the signature challenge, we get to watch the cohosts work off some of the carbs they’ve consumed so far this season. Sort of.

The artist formerly known as Baby Spice is in serious ’80s aerobics mode, complete with legwarmers and a matching headband, while Anthony “Spice” Adams is decked out in an interesting orange suit and has substituted pieces of bread for dumbbells, lifting them into his mouth.

A bit of a random intro, for sure. Also, why is he wearing goggles?

Bread Week kicks off with the signature challenge: Bakers must make four equal-sized flatbreads. The bakers are nervous about impressing Paul, who’s known for being the “King of Bread.”

Amanda’s making cornbread dressing flatbread with cranberry relish on the side. Her nerves seem to be getting the better of her this episode – she actually whimpers a bit when Paul tries her bread.

Chris is baking up a turmeric lemon thyme flatbread. Lemon sure does seem to be a popular flavor on this show. He’s overworked his dough, which made his flatbread gummy. “Practice makes perfect,” Paul politely says. Destane’s garlic and herb flatbreads are too thick, which made them turn out raw. The judges weren’t impressed with the flavor, either.

Jiwan is highlighting his Middle East flavor za’atar crusted flatbread with yogurt dipping sauce. Sherry and Paul loved the presentation and flavor. He gets a Paul Hollywood handshake!

Tina’s lemon garlic dill flatbreads are consistent in presentation, but tastes like cardboard. One out of two ain’t bad?

One challenge down, two to go! This week’s technical challenge is a Swedish Christmas bread called kanellangd. There are no instructions on how to cut the bread (which there are supposed to be 14 pieces). Shapes? Slices? Who knows? Bakers have to make their best guess.

“Hopefully if it’s the wrong shape, it still tastes good,” says Tina optimistically. Poor Jiwan’s bread ranked last. But he just got the handshake a few minutes ago! Destane’s bread took first place. It’s the first time she’s won any of the challenges.

Last but not least is this week’s showstopper challenge: Bakers must create a bread sculpture! (Who knew you could even sculpt bread?)

The bakers must use a yeast dough, and the bread must be festive, since it’s a holiday show. “Time to find out which of you is a beast with the yeast,” says Spice Adams. See what he did there?

Andrea sculpts Santa Claus in a Portuguese sweetbread. Paul thinks her flavors are boring, and Sherry thinks it’s dry. Destane’s sundried tomato and basil bread holiday flower pot is creative, but off in presentation and flavor.

Jiwan pulls out a chocolate babka dough holiday wreath, which the judges loved. “That is a triumph,” declares Paul. Redemption from the technical challenge!

Amanda made a challah holiday tower, which impresses the judges. Holla! Tina makes a Christmas eve centerpiece doesn’t even look like bread. Her flavors are on point. Sherry says it’s like eating Christmas cake.

Chris struggles with his. He wishes he could start over, but there’s not enough time. Chris has never made bread before, and it shows. He struggles with his spiced holiday centerpiece. His flavors were there, but his bread was raw, and the judges were disappointed.

At the end of the day, the judges couldn’t ignore Chris’s many mishaps throughout the challenges and sent him home. So maybe he did fall prey to the Star Baker curse after all.

Speaking of Star Baker, Amanda took home the title for the week, and called her husband to share the good news. Tina was robbed!

Next week is the semifinals and the season finale! Who do you think will be crowned America’s Best Amateur Baker? Let us know in the comments! 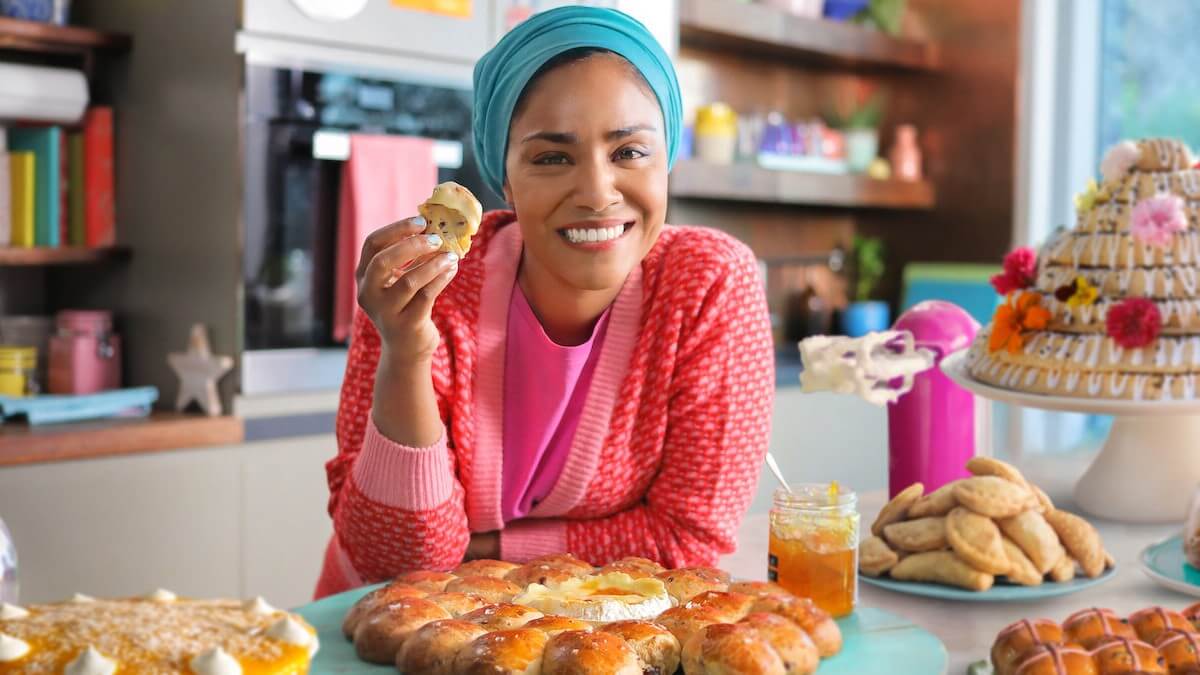 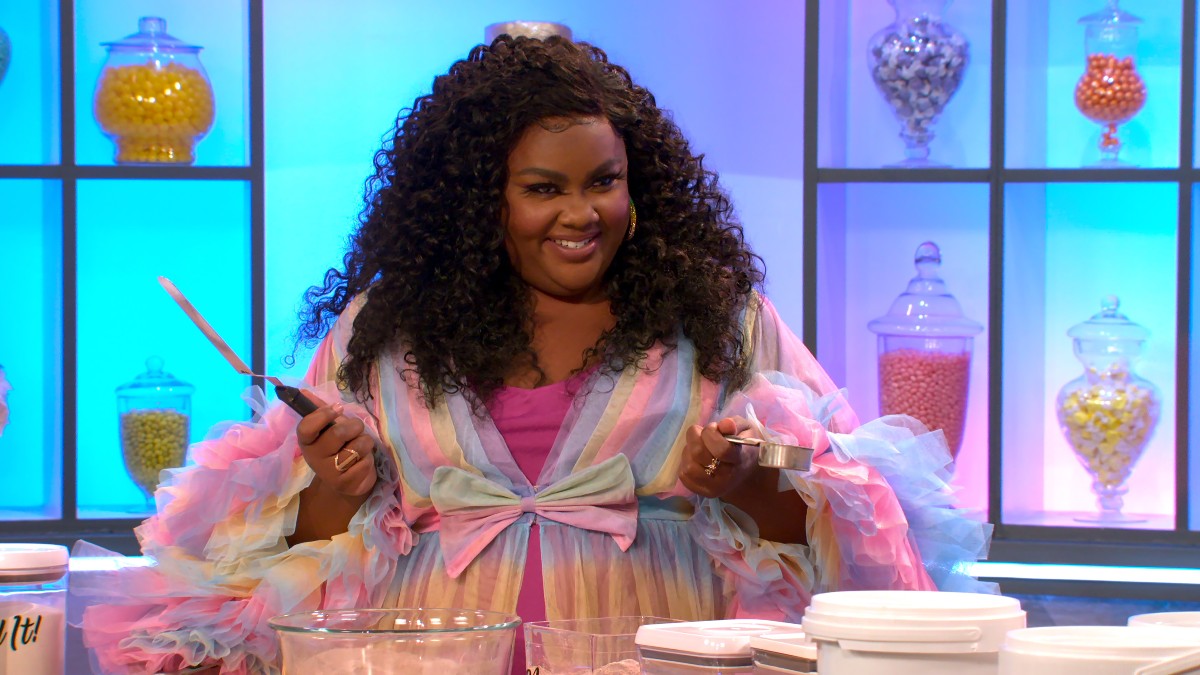 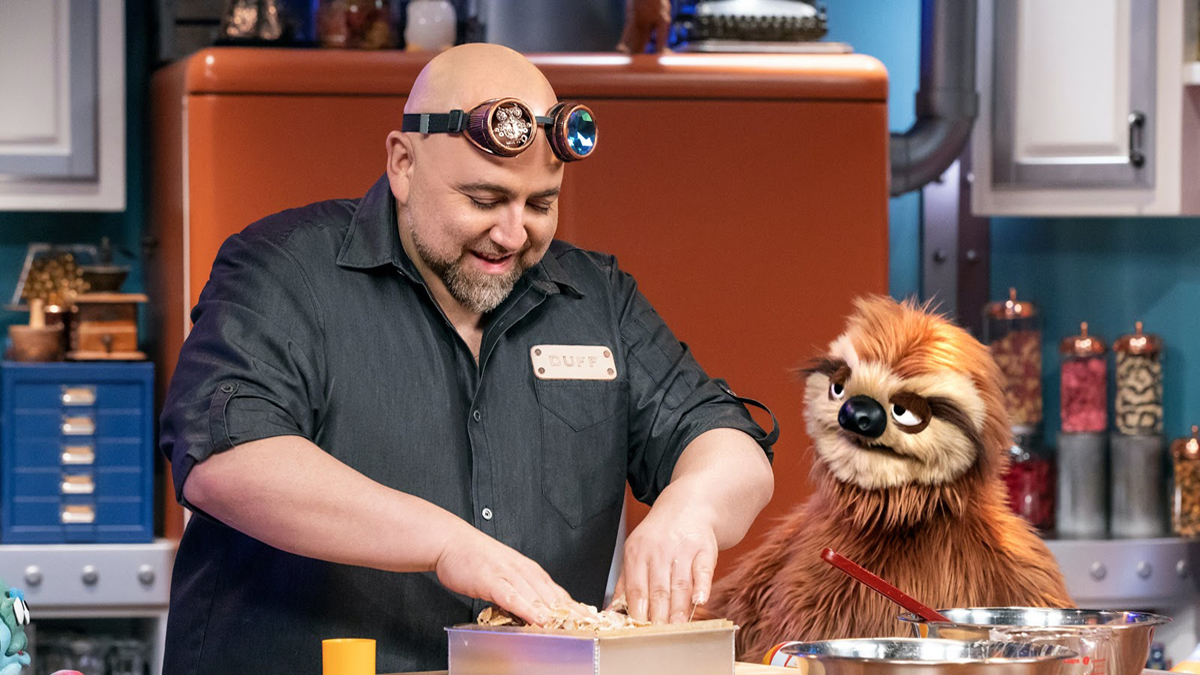 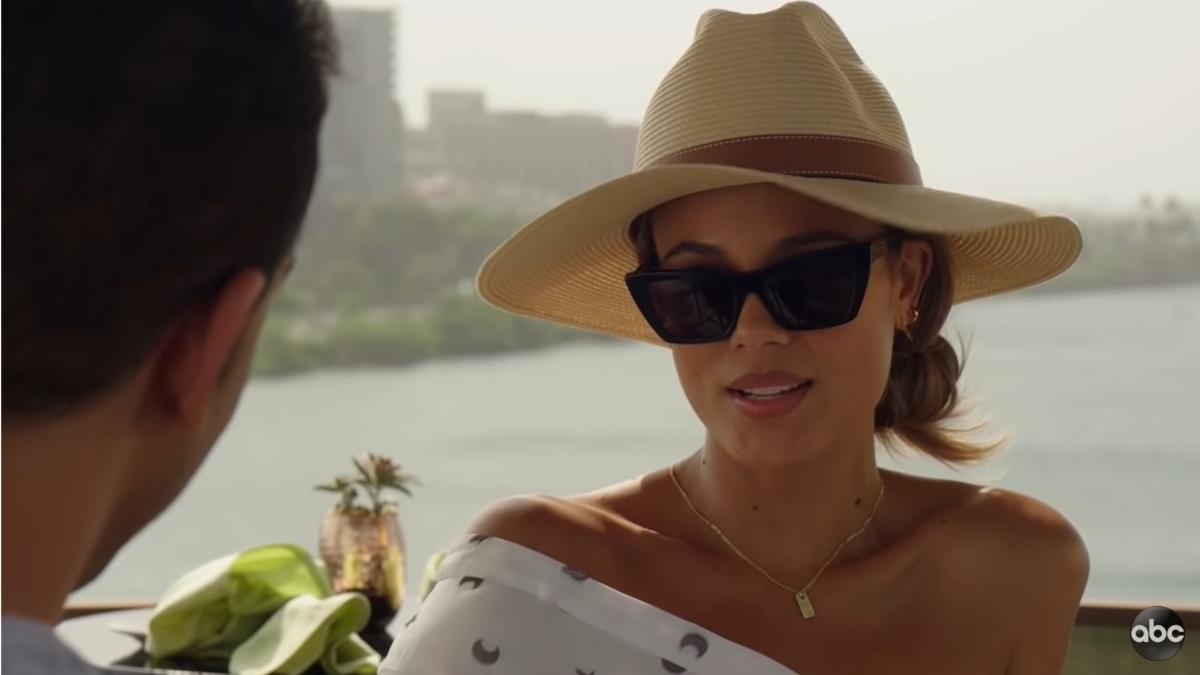 The Baker and the Beauty Season 2: Why it won’t be happening
RELATED POSTS