The Blacklist returns tonight, Friday, October 4, for Season 7. Fans are looking forward to seeing what happens to Raymond “Red” Reddington (James Spader) after being kidnapped by Katarina Rostova (Laila Robins) in the closing moments of the Season 6 finale.

Red met Katarina on a dark street in Paris, and she took him by surprise. Red fell unconscious after Katarina stabbed him with a syringe, and he was taken away to an unknown destination in a van.

Season 7 plot: Showrunners talk about what to expect

In a  new interview with Hollywood Life, executive producers Jon Bokenkamp and John Eisendrath said that Rostova is the most dangerous enemy that Red has faced so far and that he is in “mortal danger.” She is desperate for answers to her questions and NBC stated that she will “stop at nothing to unearth the very truth Red wants no one to know about.”

“He is in mortal danger because of Katarina Rostova,” Eisendrath said. “Her life depends on getting a truth from Reddington that he is unwilling to tell her.”

“This is Katarina Rostova. This is somebody who we have alluded to and heard of over the past 6 years and have been building towards,” Bokenkamp said. “So it is somebody who has intimate knowledge of Reddington’s past.”

Eisendrath also warned fans that as the new season’s “big bad,” Rostova won’t be going away any time soon.

The unique threat she poses to Red is due to the fact that she has an intimate knowledge of Red’s past life and secrets. She also has an insight into his motives and agenda. The personal connection between them makes the situation emotionally explosive for both adversaries.

Thus, the intrigue will have a personal dimension for Red and Katarina. Liz (Megan Boone) is Katarina’s daughter, and Liz’s daughter Agnes is Katarina’s granddaughter. According to Eisendrath, the season will unfold a complicated family drama involving Red, Katarina, and Liz.

Liz, for her part, will be challenged to keep Agnes safe.

One of the big issues that fans want to see resolved in the new season is the question about Red’s true identity. In a sneak peek video released last month (see below), Liz tells Cooper and Aram that the man posing as Reddington is not the real Red, but an impostor named Ilya Koslov, a former KGB agent.

Liz has clearly chosen to believe what her grandfather, Dominic Wilkinson (Brian Dennehy), told her in the Season 6 episode titled “Rassvet.”

Some fans are not sold on the theory that Red is actually Ilya Koslov. Hopefully, Season 7 will resolve the big mystery of Red’s identity.

The Blacklist airs on Fridays at 8/7c on NBC 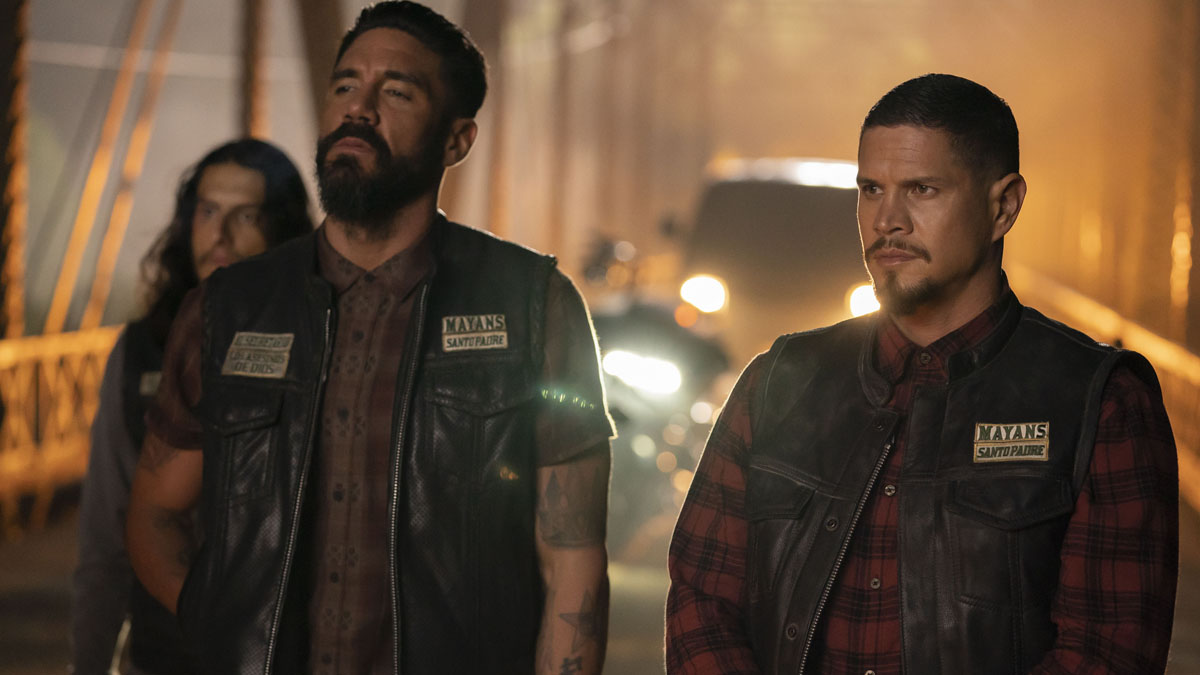 Mayans M.C. Season 3 release date and cast latest: When is it coming out?
RELATED POSTS