Stranded with a Million Dollars fans are absolutely dying to see what happens tonight now that Alex’s #MeanGirls alliance is down to two members.

The playing field has leveled for #TeamMakody, after weeks of Alex, Alonzo, Eilish and Gina acting like the nastiest examples of spoiled Millennials to ever be featured on reality television.

Check out this exclusive video rant from Cody “Thrive” Dunlap:

“What’s up Goobers? Ha! Tuesday night. Tuesday night Camp 7! Finally, the moment we’ve all been waiting for. Finally, the numbers are even. You have myself and Makani, Team Makody, the bada**es over here. And then you got these two bullies.

“Algina” is what we’re going to call them. I like that.

On Stranded, much like in life, nice guys finish last. They finish dead last. So it’s time for me to stand up to the bully, and thank God I’m not a nice guy. Thank God I’m Mr. Thrive. Thank God we have the numbers. And there will be no mother-freakin pizza!”

Last week, both Alonzo and Eilish flared out after getting sick out in the jungle. Check out my recap if you missed it!

Alonzo caught something nasty from drinking the water he was too lazy to boil, or get from a cleaner source farther upstream.

Eilish had to go have her appendix out, something that can only be attributed to Karma after the way she behaved the first 22 days in a South Pacific jungle.

Rumor has it that production, and the network, thought “the campers” (Alex’s alliance) would be the popular kids with viewers, and that’s why they so obviously helped them out, over and over again.

Boy were they wrong. Viewers, by and large, cannot stand Alex’s group. 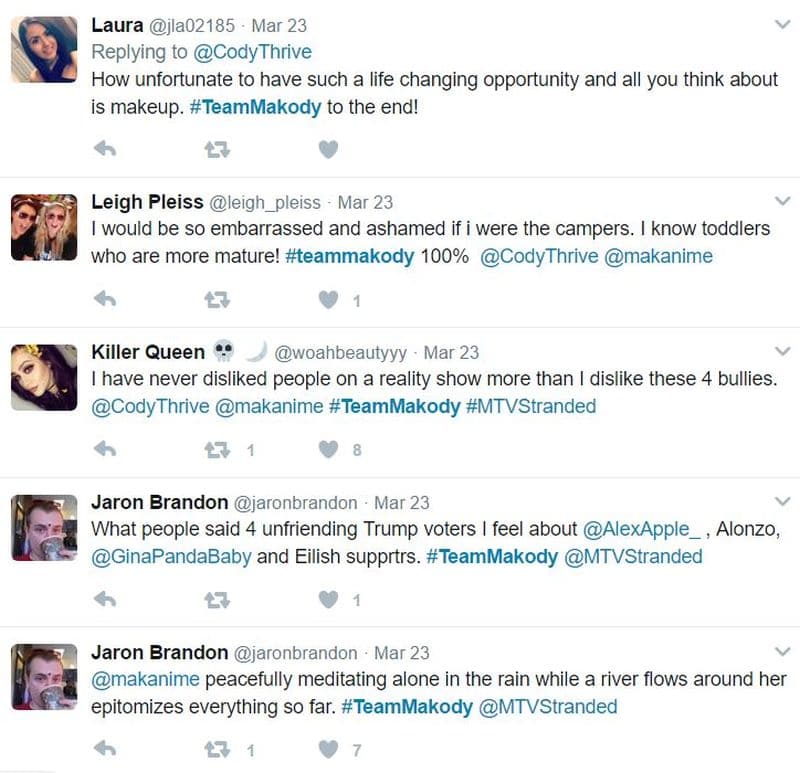 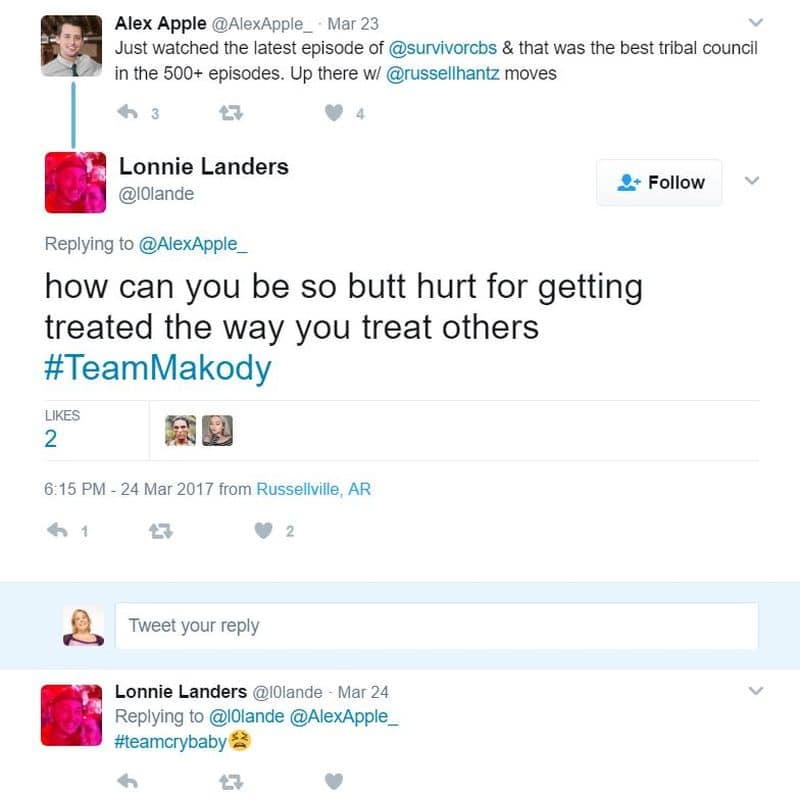 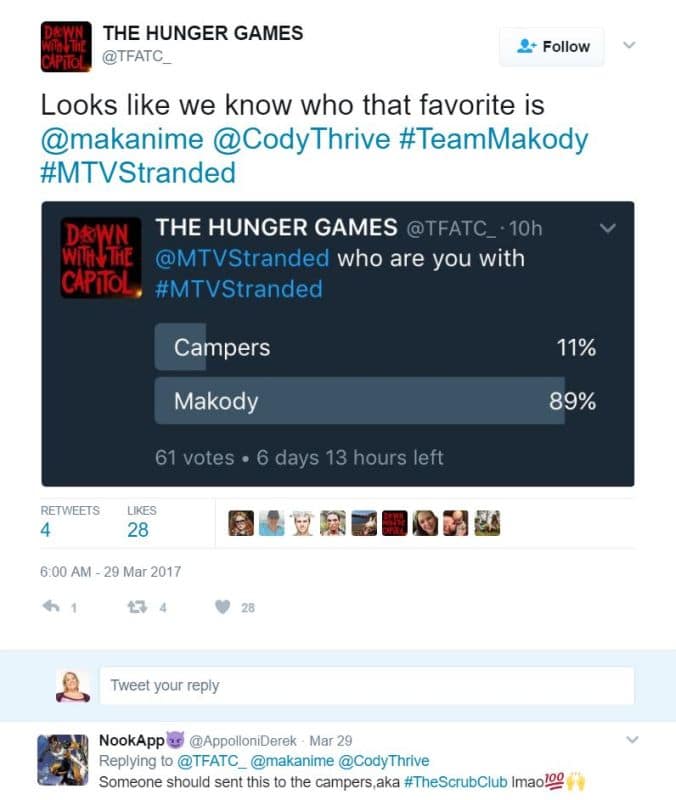 Truth: Most #MTVStranded fans would have liked to see the campers go home back when Makani took the tent away, a couple of episodes ago.

If production hadn’t stepped in with a Temptation for Alonzo and Alex, they were both going to quit. And Gina planned to follow.

Remember Eilish whining about how she would survive with only Cody and Makani left?

The campers are horrible, selfish people, but they’re not all completely stupid. They know #TeamMakody is much stronger than all of them put together.

And there’s rumors that ALL the campers would have shot their flares by now if the show’s production company hadn’t carried them through.

But Cody Dunlap says he didn’t see anything, and he’s not going to be a wimp and complain about anything.

He’s not like #Algina (his new nickname for Alex and Gina, the two remaining campers).

Tonight we’ll find out what happens when you take away the creature comforts from #TeamAlgina.

Could these Millennials really be THAT stupid?