In an unprecedented display of Millennial entitlement, Alex Apple and Gina Lam, of Stranded with a Million Dollars, will burn tens of thousands of dollars on MTV Tuesday night, purely out of spite.

Cody Dunlap, one half of the very popular #TeamMakody, is furious about it.

“What you’re going to want to do is you’re gonna want to go on Alex and Gina’s page and talk crap. Don’t do it,” Cody says that Alex and Gina haven’t learned from this experience and you’re wasting your time.

Instead, he wants you to put your energy into helping him raise money for a fan of #ThriveNation who has an infant battling cancer.

Cody has created a Go Fund Me for Asher Oates, the year-old child of disabled veteran Nick Oates.

Cody met Nick on Twitter, and has been following Asher’s battle with cancer. He wants to help. 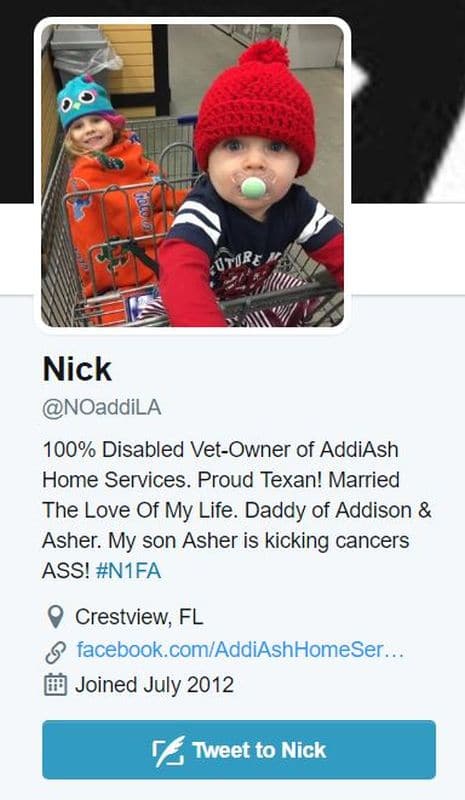 “Hopefully you’ll help me help others, and we’ll raise enough money to change a life,” he says.

Cody wouldn’t tell me how me how much money Alex and Gina destroyed, but he said it’s enough to be sick over it.

“We walked through Fiji – we saw so many children with nothing more than shorts. No shoes,” Cody says.

“This is an opportunity to put you so far ahead of the curve that you might be able to do something later on, and create a ministry that would help other people. Maybe even go back to Fiji and build a school, or something,” Cody says. 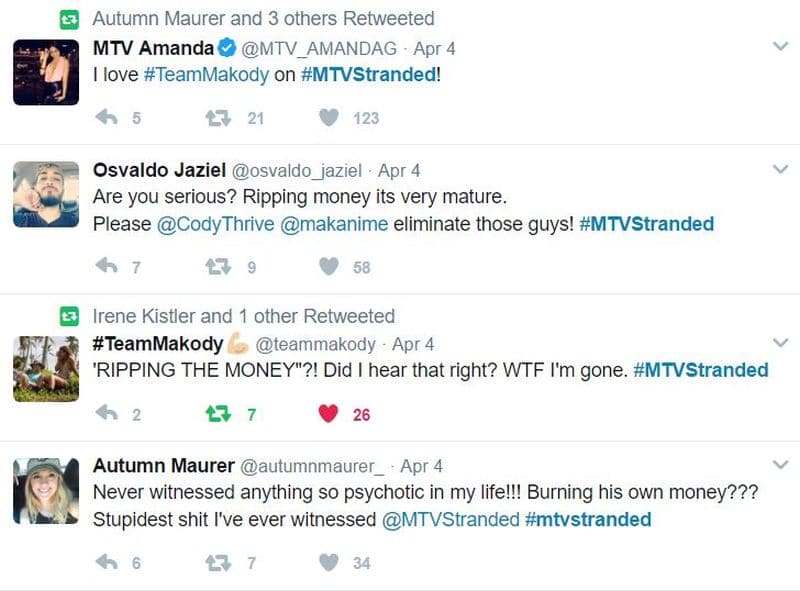 Everybody thinks that destroying the prize is big-time cheating.

But that’s no surprise because Alex has shown poor sportsmanship since pretty much the beginning.

They’re going to have to change the rules if there’s a second season of this show. Because right now, being a selfish horrible person seems to be the only way to get ahead.

You can help Cody’s campaign by visiting the Go Fund Me page.

Stranded with a Million Dollars airs Tuesdays at 9/8c on MTV.