General Hospital spoilers for next week’s episodes of ABC’s sudser tease that November sweeps is in full swing as your favorite Port Charles characters encounter doom and gloom, hope and triumph as next week unfolds. And the Dimpled Don is front and center, GH fans!

Sonny (Maurice Benard) thinks he has the upper hand where the whole dead body in the basement is concerned, but Margaux (Elizabeth Hendrickson) has other ideas. Leave it to super sleuths Sam (Kelly Monaco) and Spinelli (Bradford Anderson) to save the day once again as they uncovered proof that the D.A.’s mom was complicit in her husband’s, i.e. Vincent Marino, murder all those years ago.

Now that Sonny has confronted Black Widow Jeanette (Ely Pouget) he is ready to go toe to toe with the woman who wants his head on a stick.

A sizzling General Hospital spoiler preview for Monday November 12, teases high drama as Sonny reflects on his troubled life and the decisions he’s made to gain power, respect, and money. He has a flashback to all the grime and crime that invaded his life and there is even a pint-sized mobster Sonny-boy sticking someone up, presumably the late great Vincent Marino.

There are a couple of complex meet ups next week as Curtis (Donnell Turner) and Drew (Billy Miller) make contact and Sam and Michael’s (Chad Duell) paths collide.

Speaking of Curtis, he has a date with Jordan (Briana Nicole Henry) to discuss their nuptials. Does anyone else wonder about the practicality of getting married on Thanksgiving Day? Or if Aunt Stella (Vernee Watson) will allow it? 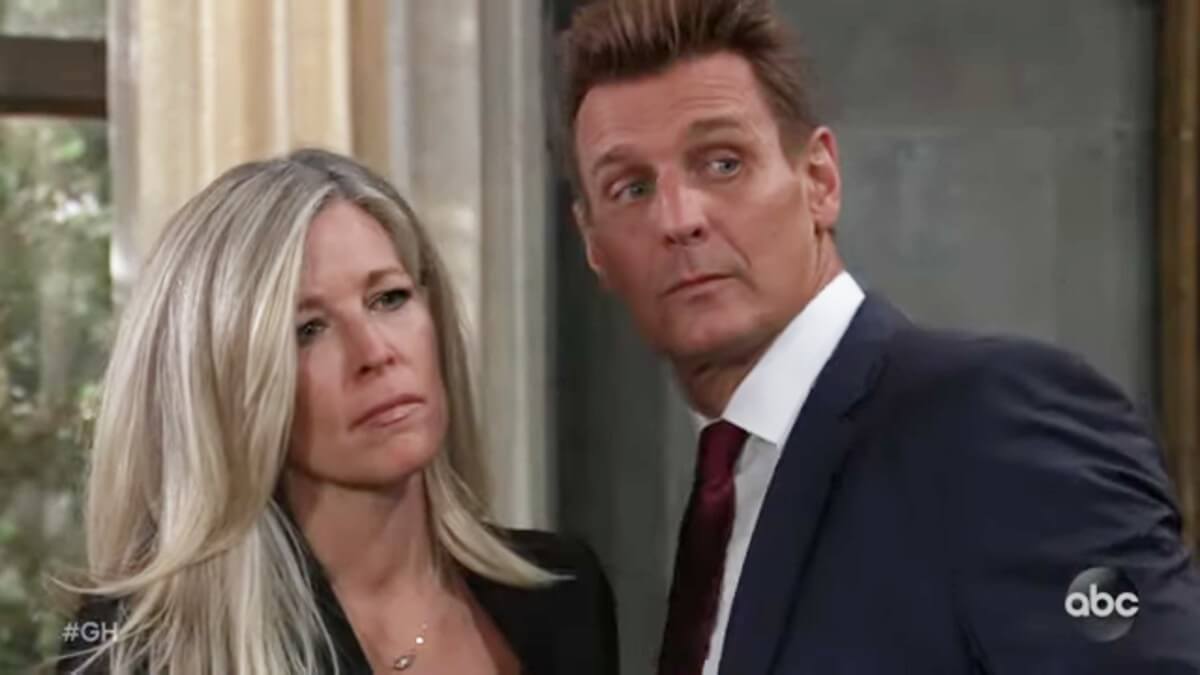 General Hospital spoilers: Who will die in the explosion on GH?