Would soap operas be the same without evil twin plots? We think not!

The Young and the Restless, The Bold and the Beautiful, Days of our Lives, and General Hospital have all had their fun using this soapy plot device, some with more success than others. Here’s a rundown of a popular twin story from each of the four remaining daytime dramas.

It doesn’t get more diabolical than the current good twin/evil twin story involving Ryan Chamberlain and Kevin Collins played to perfection by Jon Lindstrom on General Hospital. It’s played out off and on for years, with a back from the dead plotline thrown in for good measure.

One is a psycho serial killer and pediatrician name Ryan Chamberlain. Back in the day, he terrorized Felicia (Kristina Wagner) after she saw him commit a murder. Luckily for him, she developed amnesia about the event allowing him to court her!

Mac (John J. York) saved the day that time, but Ryan went on to provoke more mayhem before burning up in a fire. Not!

He’s currently back in Port Charles albeit missing a hand and a kidney—long story. As for Kevin, he’s dealing with massive guilt over enabling his brother to return from the ashes.

Sadly, not all soap twins survive to live a long life. This is the case for The Bold and the Beautiful’s Steffy (Jacqueline MacInnes Wood) and her late twin, Phoebe (Mackenzie Mauzy). Poor young Phoebe was happy as a clam in a relationship with Rick (Kyle Lowder). But after he fell for her mom, she understandably lost it. These two were fighting while driving, and she died in the subsequent crash.

On Days of our Lives, Deidre Hall’s character had a twin she was very familiar with—her real-life twin sister Andrea Hall!

The story was a blast, not just for fans, but also for the sisters. Deidre Hall was and still is Marlena Evans and her twin Andrea Hall played Samantha Evans.

Marlena has been through a lot over the years but is the good egg between the two. Troubled Samantha was jealous of Marlena and caused all kinds of mischief for her sister. In an ironic twist of fate, Samantha was mistaken for Marlena by the Salem Strangler who did her in.

Proving that not all twins have to be good or bad, The Young and the Restless introduced Mariah Copeland (Camryn Grimes) as the twin of the late Cassie Newman, also played by Grimes.

Although Mariah was initially a bad girl, it wasn’t her fault, really! She grew up in a twisted cult and mean Victor (Eric Braeden) brought her to town to gaslight mom Sharon (Sharon Case). No one knew at the time that Mariah was actually Cassie’s twin. Cassie died as a young girl, and Sharon didn’t remember birthing two babies. Really!

Fans were thrilled with Grimes’ return, as they had been devastated when Cassie died and never gave up the “ghost” of Grimes’ coming back. 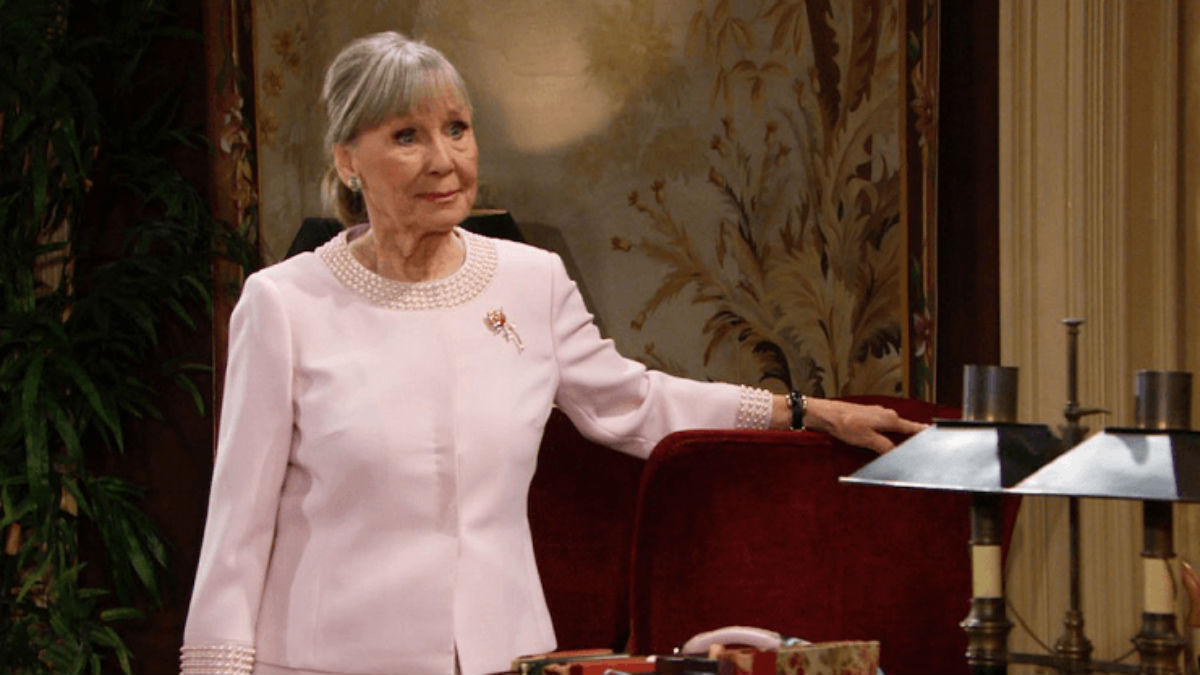 Who plays Dina on The Young and the Restless?
RELATED POSTS