Days of our Lives spoilers for next week’s episodes of the NBC soap tease that a boatload of drama hits Salem as the forces of good and evil duke it out — while a vixen shows her opposite colors.

Who knew that Gabi (Camila Banus) had a heart beating beneath all those scales?

First off the good news is that Cin are reunited. The bad news is they must take down a deranged Jordan (Chrishell Hartley) in order to save their lives and have any chance at happiness.

What happened to Jordan? In Ben’s (Robert Scott Wilson) case it’s a situation of you can pick your friends, but you can’t pick your family! Jordan’s reemergence came out of left field, and fans are quite divided on how the sweet girl suddenly turn sour.

Then again, it gave Ben a redemption story and he sorely needed one if he’s ever going to put his Necktie Killer rep to pasture.

WilSon had a moment of bliss on Valentine’s Day, but they’ll have to pay the piper, or rather the devil, for it. How long can Sonny (Freddie Smith) avoid sleeping with his hubby Leo (Greg Rikaart)?

We’re about to find out! Leo will take revenge action on WilSon and the consequences will be epic.

After all, the bombshell dropped that John (Drake Hogestyn) is Leo’s dad, so now what? Karma is a witch!

Speaking of fathers and sons, will Jack (Matthew Ashford) ever remember that J.J. (Casey Moss) is his spawn? That remains to be seen, but they do continue to grow closer despite that darn amnesia thing.

Jack is caught between a rock and a hard place when Eve (Kassie DePaiva) pressures him to use his ammo about Haley (Thia Magia) and J.J. begs him to keep his trap shut.

fans can rejoice: they tie the knot! Abigail (Kate Mansi) and Chad (Billy Flynn) finally came to their senses and became a family again, in no small part due to the wheedling done by their loved ones. Will it be “happily ever after?” Tune in and find out!

Meanwhile someone who most definitely will not have a happily ever after is Stefan (Tyler Christopher). The news of Chabby’s wedding hits him hard, since it means the alter personality he fell in love with is no more. Hey, he’s got Chloe (Nadia Bjorlin) living in his mansion, what’s he crabbing about?

And are you ready for this: in a bombshell Friday cliffhanger, fans will finally be clued in on who set the cabin fire that almost cost Ciara her life. Think you know who it is? Prepare to be amazed! 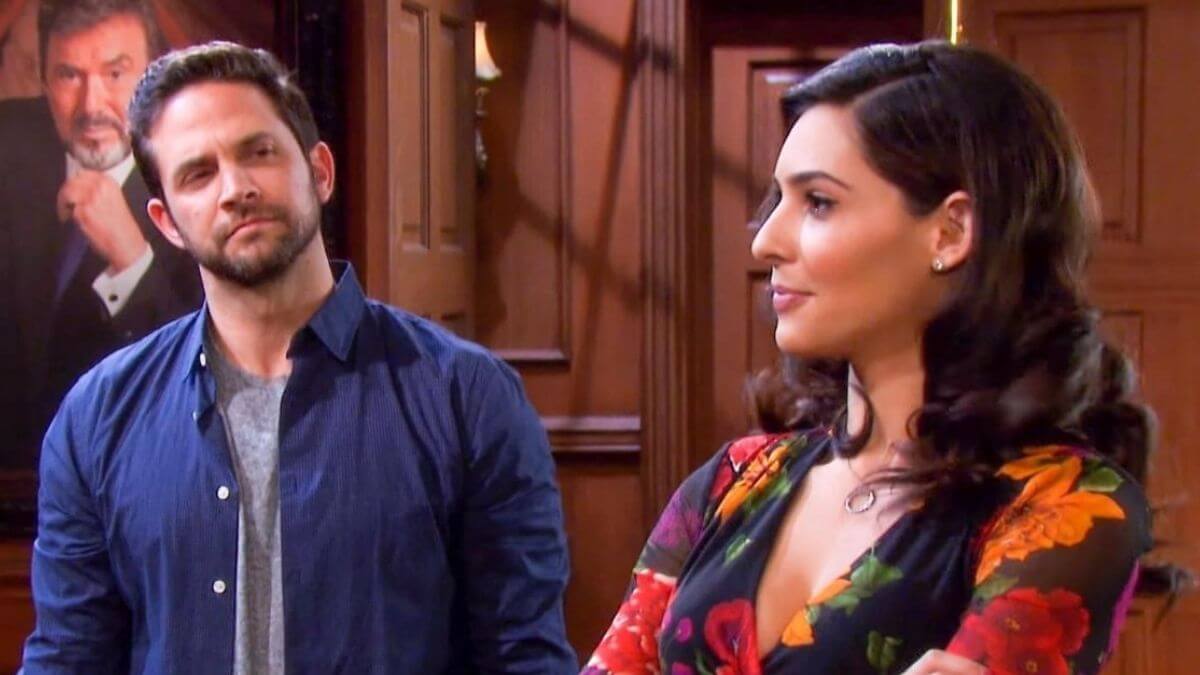