The story follows Claire (Caitriona Balfe) a 20th century English nurse who time travels back to Fraser’s world and begins to find her place there with the help of Laird Fraser.

The intriguing Outlander world is the creation of Diana Gabaldon whose four novels on which the series is based are mammoth best sellers. Outlander is a phenom, and won the People’s Choice Award this year for Best Sci-Fi/Fantasy Cable Drama.

Part of its enormous appeal is Heughan. We had the chance to speak with him in Toronto. I have never asked an actor about his hair before, but as you’ll see, it had to be raised. 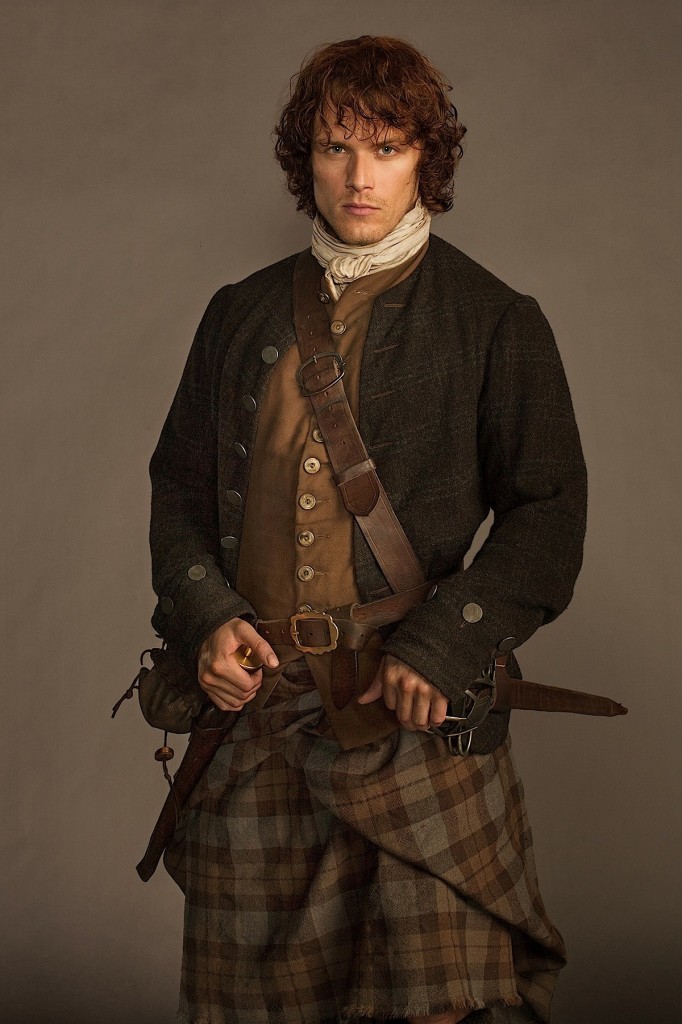 Monsters and Critics: Congratulations on the success of the show. There are so many reasons to love it, what are yours?

Sam Heughan: I love the show because I get to play a fantastic character and experience this fantastic journey and bring Scotland to the world. It’s based on these amazing books and the source material is always important for an actor. It’s been a roller-coaster! 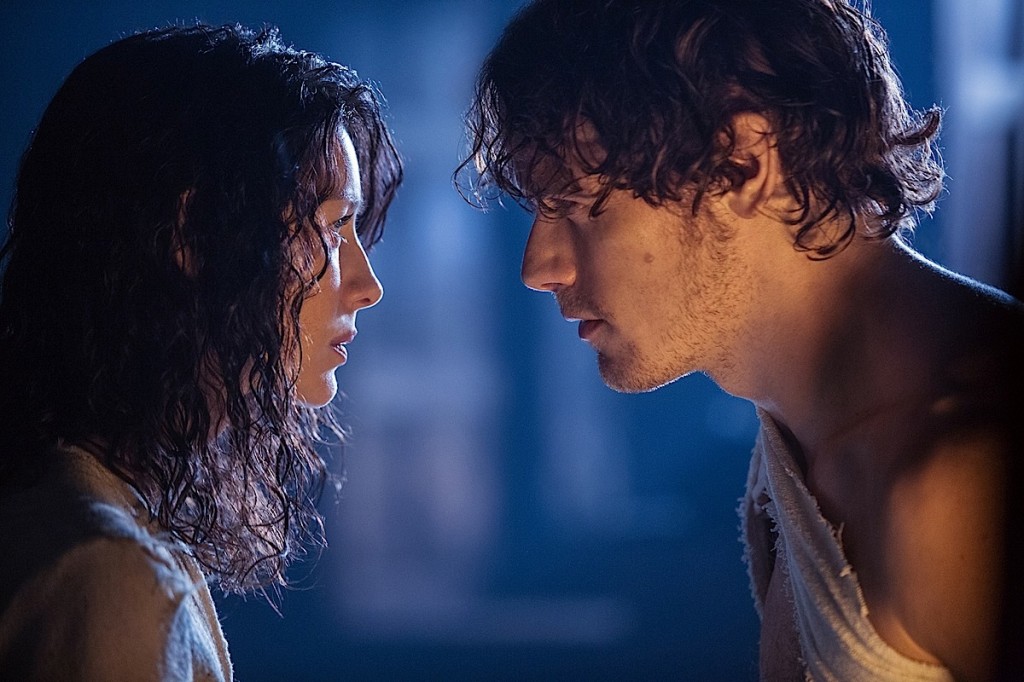 M&C: There were so many really intimate sex scenes, compared to other shows on accessible channels. They are lovely.

Sam Heughan:The sex we have on the show is realistic. It feels it’s very much about these characters and their relationships. It’s not gratuitous, it feels real and provokes a reaction and when you’re watching it.

M&C: Is it geared towards women? The action is softer, less overt and super sexy.

Sam Heughan: Yes, it’s definitely less overt and focuses on the female but I think it will appeal to men and women. In America it appeals to men and women fifty-fifty but I just think it’s an honest point of view from a female protagonist. 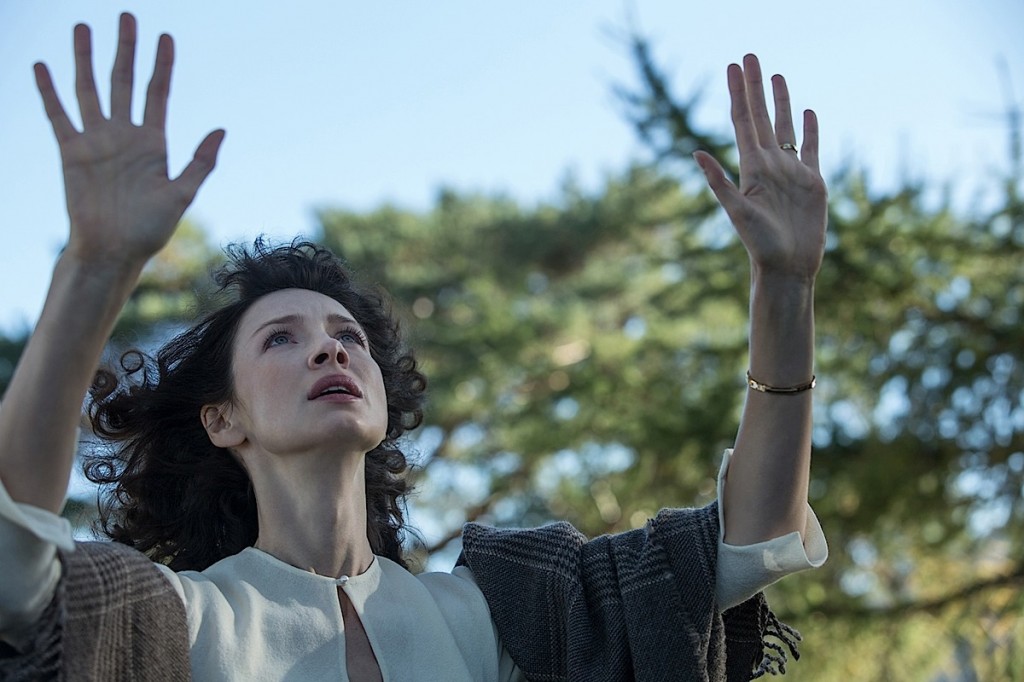 M&C: Some of the issues explored in the series are still in effect today, like the idea of Scottish sovereignty. How do you feel about it as the country just voted against it. Is it a bit strange?

Sam Heughan: It is remarkable that we’re filming the show that deals with some of those elements and we were shooting while Scotland was voting on its future and its independence.

It’s never black and white when you deal with Scotland and it’s very much in the show. Scotland is its own worst enemy, the clans fighting each other, the clans amongst themselves, Dougal, Colum and Jamie – who is going to be the new Laird?

They are always, until they have a common enemy, the British, fighting amongst themselves. But even then the British army had a lot of Scots.

Scotland is very much divided into the Highlands and the Lowlands.

The Highlands has this Gaelic speaking ancient race of people that had their own culture, and the Lowlanders thought of them as inferior and not to be trusted, so therefore, it’s certainly not black and white. 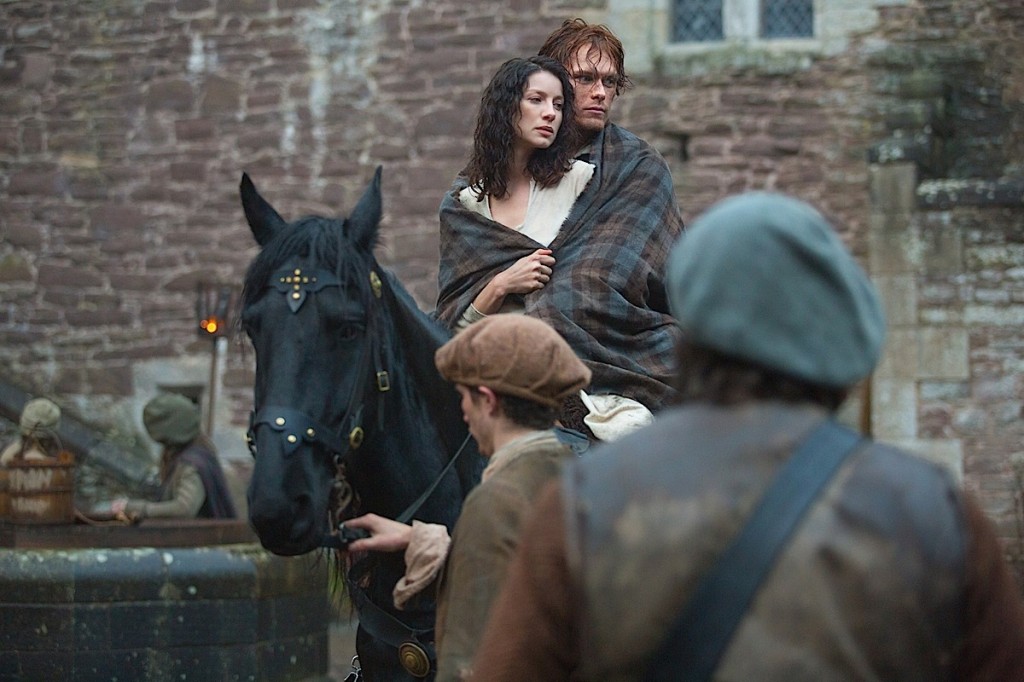 M&C: What a dangerous landscape, always fighting to survive!

Sam Heughan: There’s a lot of politics and men really had to look after themselves. Interestingly, they carry this equipment and weaponry but they’re also very learned and had a great education and they’re well-traveled.

When we first meet Jamie he’s just come back from Spain. He’s been fighting there. He can speak French, German and Greek.

He has a great education and is a forward- thinking man. You think these people were backward and lived in straw houses. 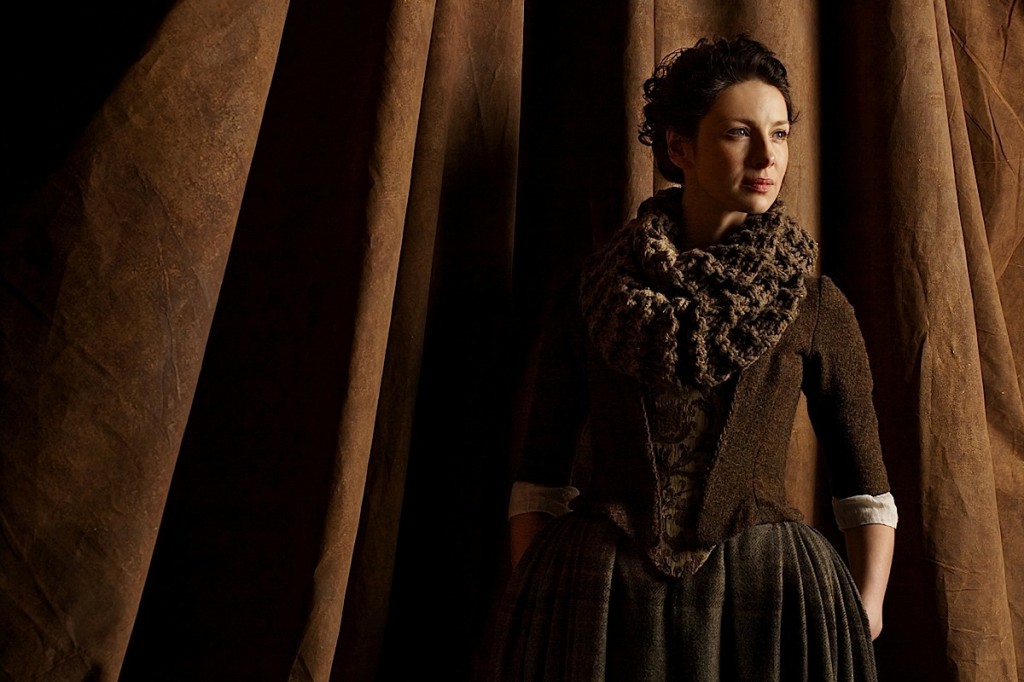 M&C: Another danger of the time was mass superstition, as Claire is tried for witchcraft. It’s horrific to see how women were so easily victimized for allegedly practicing witchcraft.

Sam Heughan: Scotland is full of tradition and folklore and Jamie is not. He doesn’t believe in it but he says himself he’s a Highlander and it’s part of his culture.

Scotland is still very much in touch with its past history. They’re in this age of enlightenment and education but there is still this hangover of old world. Claire comes in with medicine and that’s the future, and the two worlds clash.

M&C: Claire who is a doctor in her own place and time, learns 18th century Scotland does not take kindly to a woman who asserts herself.

Sam Heughan: It’s a shame that we are so advanced that we still talk about a TV show that has a female lead character and that news. Buts it’s wonderful that it’s seen that way, just a shame, its still news. She’s a fantastic character who is strong and witty. She’s learning to live in that world.

M&C: Its really good to see the incredible art design, the architecture, the rooms and the costuming. What’s it like wearing that magnificent kilt that’s long in the back and draped over the shoulder?

Sam Heughan: That’s a filleadh mhòr, the Great Kilt. Traditionally people wear the philibeg, a mini kilt, which was a Victorian creation.

Queen Victoria was very into that and she created what is now the modern tartan. In those days what we used for Jamie’s kilt, the Fraser tartan, the colours came from the landscape around them, the wildlife, the berries and herbs and that’s what gave each one its own unique look.

Our costume designer Terry Dresbach did exactly that; she went back and sourced these materials and weavers to make the wool to make the material and our kilts. It was fantastic to wear that.

The costumes give you your character and helps get into character. It’s been an interesting part of the process to discover the men were bigger, wore more material, they had a lot of weaponry and it all helps get into the part.

The amount of material you wear, you double in size. It’s majestic. You had to wear it to keep warm and carry everything with you. There was no stopping off at the local grocery store. You had to survive.

It’s about surviving in the habitat and being able to travel as well. 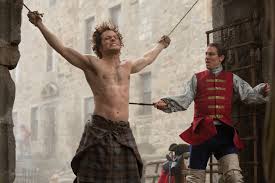 M&C: You’re in pre-production for Season Two in April and shooting in May? Your hair today is long and wavy, gone are the usual curls and fringe.

Sam Heughan: My hair now is nothing like near what I’ll have for Jamie. I don’t think there will be anything usual in the second season!