I’m going to be honest and say I thought this season’s “Real Housewives of New York” reunion was lame. All they did was sit there and scream at each other while we re-watched clips with them that proved half of them were lying all of the time. Of course, keeping the couches separated into “the Sane” and “the Delusional” was hilarious.

The horrible clips of Carole’s double-date setup with LuAnn and Jacques were just as painful to watch the second time around. I really like Carole but I’ve gotta say – her dating skills suck! I seriously hope her research led her to write a better book than she demonstrated in actual abilities at that dinner. I thought her date was going to bolt at least twice.

When she put LuAnn on the spot and asked didn’t they have fun, the Countess was very diplomatic. As always. Bahahaha!

I’m sooo over the whole Carole and Aviva “Bookgate” thing. We all are. Let’s break it down in short:

She’s become a fan-favorite (swipe ⬅️ for just some of her best moments), but Kathy Hilton ...

She’s become a fan-favorite (swipe ⬅️ for just some of her best moments), but Kathy Hilton recently explained why she would never sign on to be a full-time Housewife.💎

Find out why Kathy says she “will never hold a diamond, ever” at our #linkinbio! 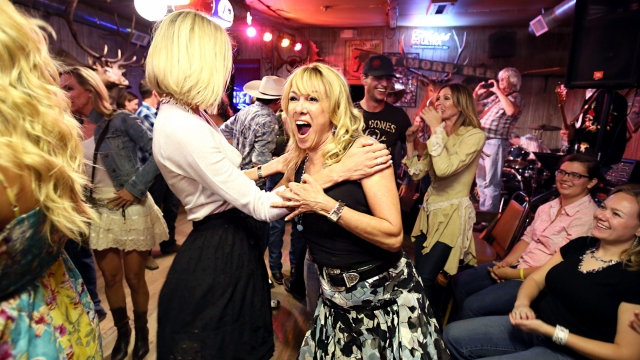 – Carole is an established, Emmy-award winning journalist with two books THAT SHE WROTE HERSELF.

– Aviva is a jealous, petty wanna-be who had somebody named Valerie write her book for her and she’s so selfish that she’s still denying it even though her ghostwriter isn’t even covering for her anymore.

Let it go Aviva – you lost! Anybody buying your book is doing it for a coffee table joke – not to read it.

And please, give up the cheap shots about Carole’s age, Aviva. She looks better than you on her worst day. You are starting to look like a scarecrow and every time we see you, it’s worse.

“I didn’t know you were 50 – I thought you were older,” Aviva says over and over like that makes calling out her age okay, and as if it’s a compliment. Of course, she also thought comparing Sonja to Anna Nicole Smith was a compliment.

It might be damned accurate (it’s like watching a train wreck again – you can’t look away). That said, it’s not a compliment and the woman died of an overdose combined with her alcohol intake. Plus her own son overdosed on his mom’s drugs. And you’re comparing Sonja to Anna Nicole and calling it a compliment. You’re f**king nuts.

All your imagined diseases are catching up with you – you can make things happen to you if you’re nuts enough. Asthma can be psychosomatic. Not saying that’s what happened, just saying it’s possible. Or probable in your case. Whatever it takes to get attention and get out of traveling with the girls.

I think Aviva is scared s**tless to be left alone with these women without Reid as her barrier. They’d eat her alive. They hate her. Oh wait, we all do.

Aviva and Heather hate each other and have had their throw downs all season. I love watching Heather put that bitch in her place. Yeah, Heather talks a little ghetto sometimes, but she does it in a joking sort of tone. Aviva takes it all too far.

“This isn’t the hood – it’s the Hamptons,” Aviva felt Heather was playing a role. “You were not brought up in the ghetto girl – holla!” In Aviva’s opinion, Heather is not “authentic.” Hey Mr. Pot, I think I hear Ms. Kettle calling. Holla!!!

Aviva is the one playing a role. I thought it was FANTASTIC when I read an article where Carole said the RHONY producers told her Reid called them in Montana and said he’d get Aviva out there if they PROMISED to sign her for another season. They probably did anyway just because she’s drama and they all hate her. But trying to bribe production is absolutely classic. They probably hate her too.

Heather is the wrong woman to piss off. Kristen learned that in Montana but everything is good with them again. Not so with Aviva.

“You don’t have a story line. All we ever talk about is your f**king leg,” Heather says to Aviva. #truelife

Meanwhile, Ramona tries to align herself with Heather – and you can totally tell Heather agrees with the point but doesn’t want to end up on the “delusional” couch so she’s careful.

“We’re the roosters – the women listen to us,” Ramona says of herself and Heather. Oh yeah, Ramona. Especially after last week where you sat on the stage and told us all how great your marriage is going now and then we read a couple of days later that Mario is back with his girlfriend and you kicked him out.

Does the fact that thousands were tweeting the hashtag “#FreeMario” not tell you anything? Nobody was cheering for you except your boozehound followers.

Ramona says nothing matters that Kristen says. Rude, rude, rude. End of day, nothing Ramona says it true. Kristen is real. Too real sometimes (would you please stop crying, Blondie?), but at least she’s sincere. 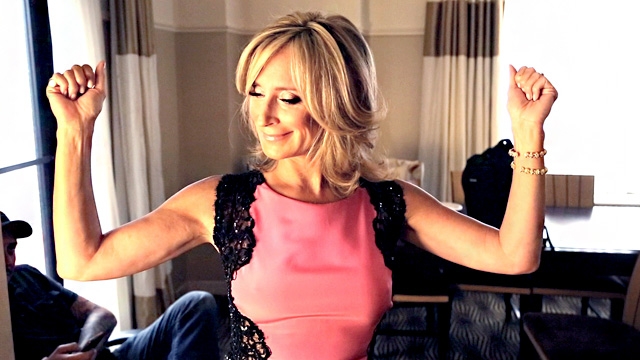 Not even going there with the clips of Sonja’s freaky-ass dog funeral other than to say it was yet another example of bad party planning. Way to sprinkle the dog all over the sidewalk and your dress. OMG. Ew. And sad. As in pathetic.

Ramona asks Aviva what makes her switch from being nice to evil so often.

“I don’t understand what you’re talking about,” Aviva feigns ignorance.

“I think she’s saying how can you be so vulnerable and so vile at the same time,” Andy Cohen interjects, trying to define the words for Aviva. Aviva flips! She won’t respond to somebody calling her “vile.” Must be a lot of people she doesn’t respond to out there.

Ramona tried to talk through it with her and Andy’s expressions were priceless in the background. And then Ramona gives up. Does anybody else wonder what her husband thinks when he watches this? He’s gotta know Aviva is bats**t nuts – he lives with her. And her happy family consisting of her pervert father and her ex-husband. Weird factor of 10.

Ramona told everybody about Sonja’s finances but that’s okay now because they’re bffs again. But nobody else can talk about her bankruptcy. Whatever! Everybody is talking about it. And joking about it while she spends money on stupid s**t like formal doggy funerals. Meanwhile, she’s having a homeless intern in Ireland tweet for her and not paying her. Sonja Morgan makes me sick. But the ridiculous tweets I’m getting from her interns are funny. #getarealjob

Sonja and Ramona holding hands like they’re a couple for the last quarter of the show was weird, but hey, now they’re both single. We’ve seen them get drunk and hook up before – wonder what they’re up to these days? Just saying.

Andy asks about the etiquette of removing a leg at Le Cirque.

You can’t pay for that kind of drama in your restaurant,” LuAnn jokes about why the restaurant will permit Aviva back in there after her behavior.

It ends with a celebratory shot – but turns out that Aviva can’t do shots. She also can’t do champagne because the doctors say she can’t do “bubbles.” Bahahaha! If her docs haven’t all referred her to a good shrink, they should be ashamed of themselves.

I’m sorry to say that I’m glad this season is over. Whether I’ll blog next season depends entirely on who the cast is and whether I can stomach watching on a weekly basis. This season pretty much made me sick. #sorryimnotsorry