The Bachelorette Season 13 is here — with Rachel Lindsay as the eligible lady looking for love.

But who are the men looking to woo her and end up with that all-important rose?

The series will once again be hosted by Chris Harrison and there are 31 men taking part, from all walks of life.

Dating? Recent spoilers and rumors might be true about Tori Deal entering a new relationship with ...

Dating? Recent spoilers and rumors might be true about Tori Deal entering a new relationship with one of her castmates (Emanuel Neagu - the Survivor România runner-up) …. 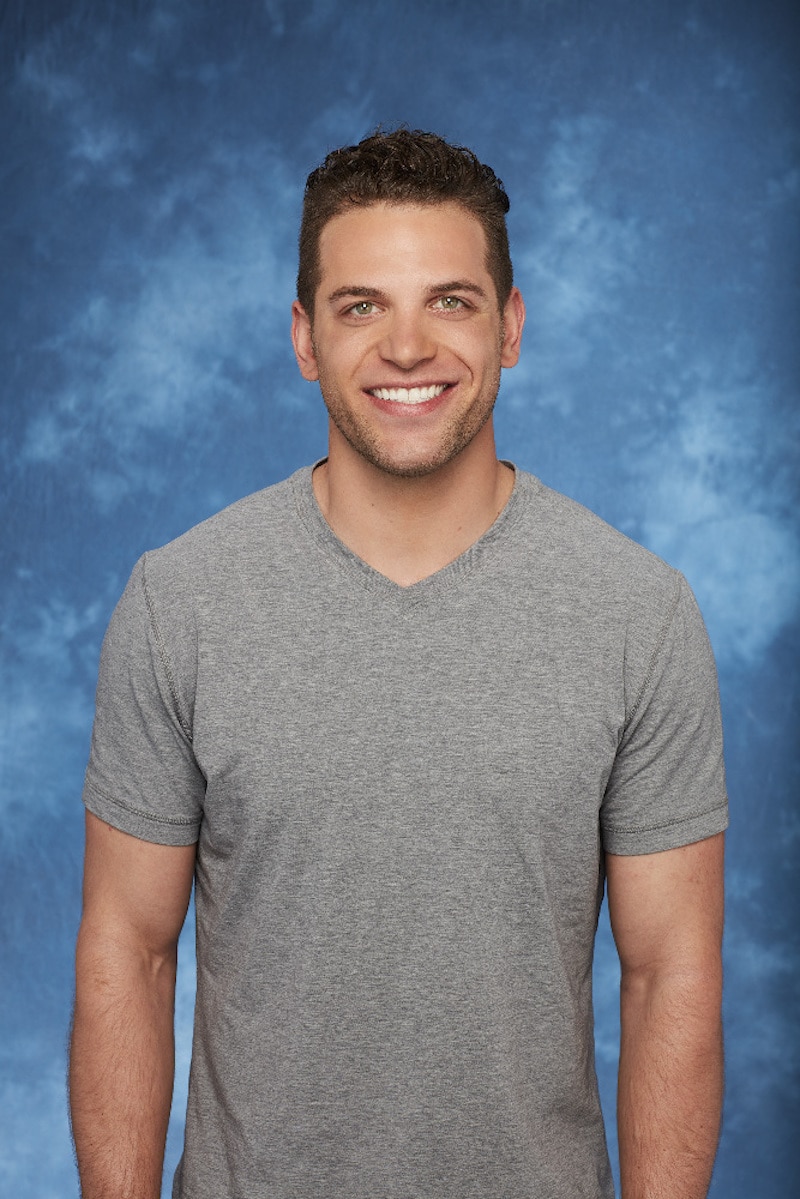 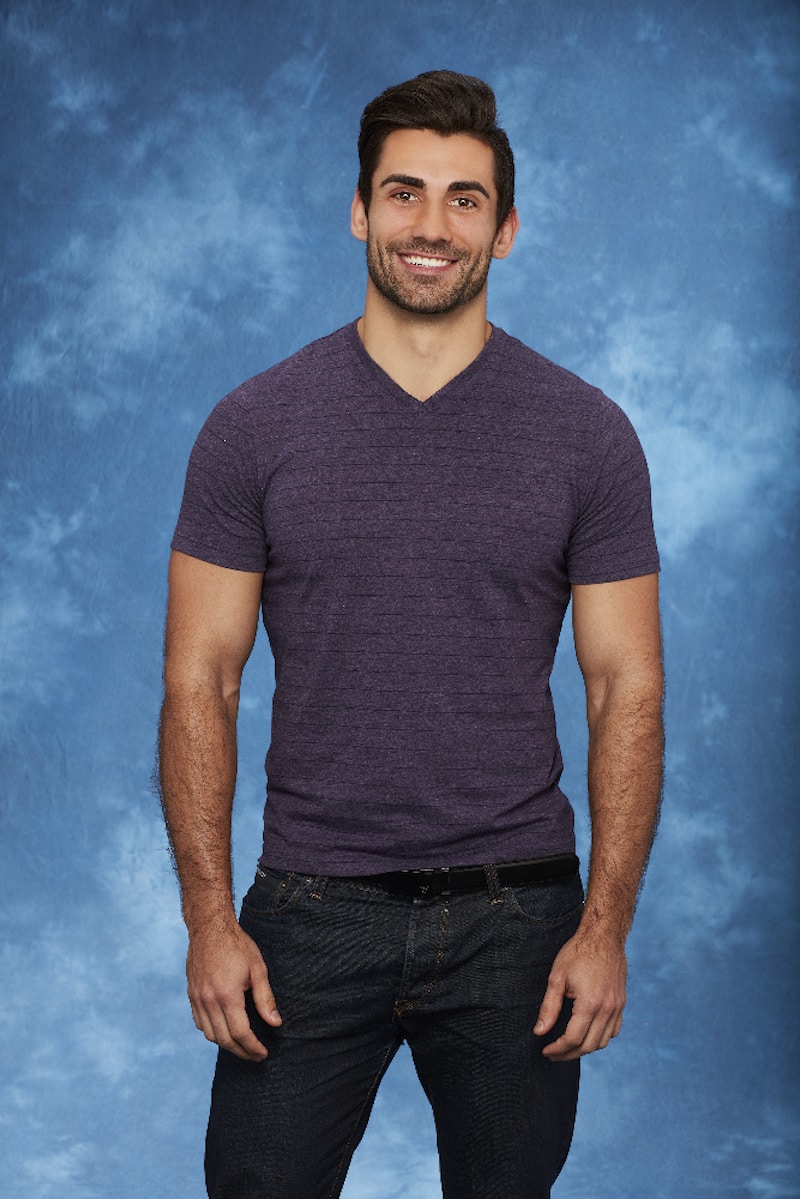 Alex is an information systems supervisor — ie he’s a geek. The 28-year-old says his favorite actor is The Rock, and he likes women who are the “aggressive, go-getter type”. 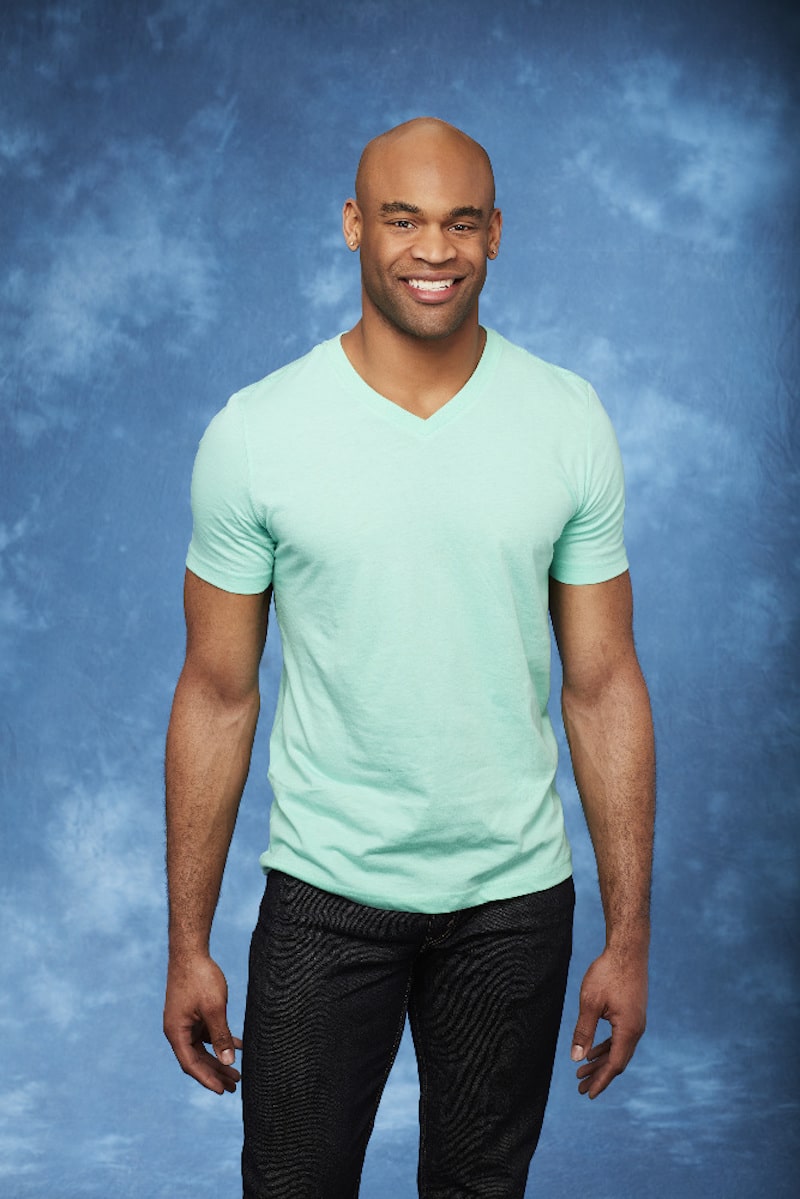 Anthony, 26, works as an education software manager. He describes himself as laid-back and a positive person as well as “emotionally intelligent”. He’s also a big guy at 6ft 3in. 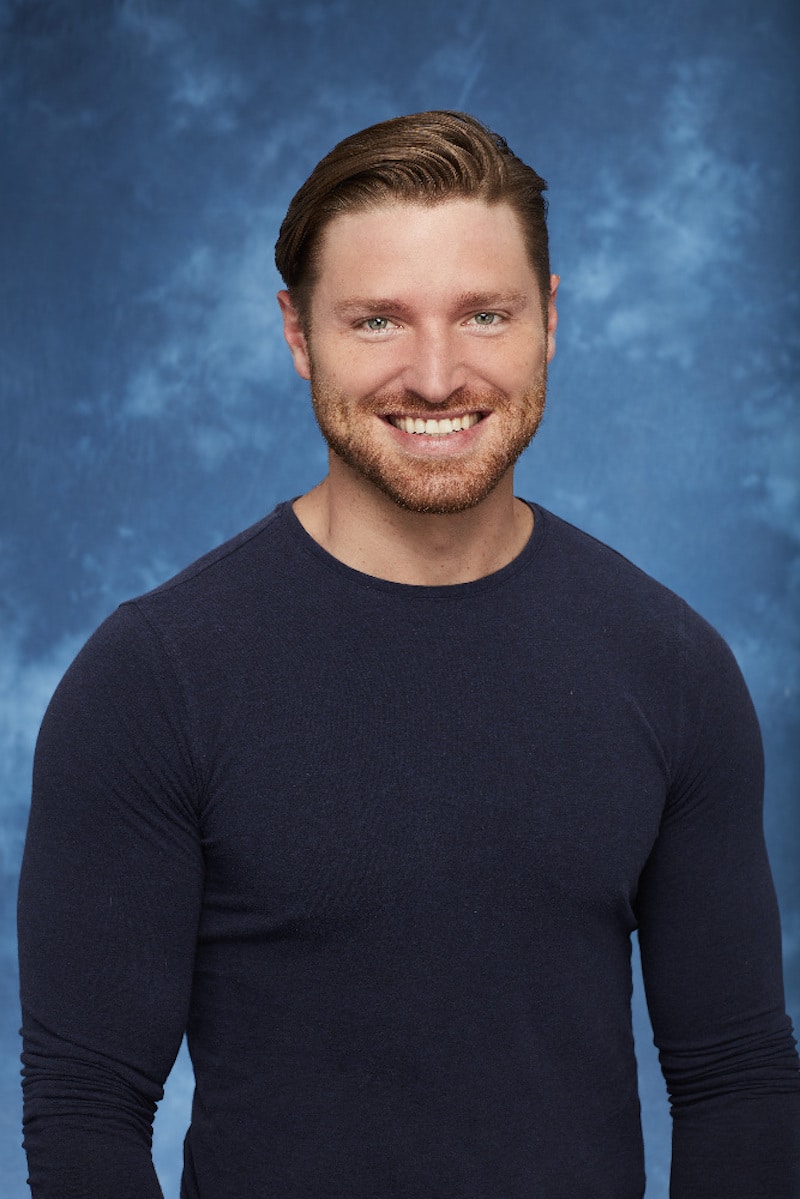 The first of two Blakes in The Bachelorette Season 13 cast, the 31-year-old is an aspiring drummer, and even has a drumming pattern — LRLL — as a tattoo on his left arm, along with the letter “D” representing a dog he rescued. What kind of music does he like? “Anything to do with drums”. 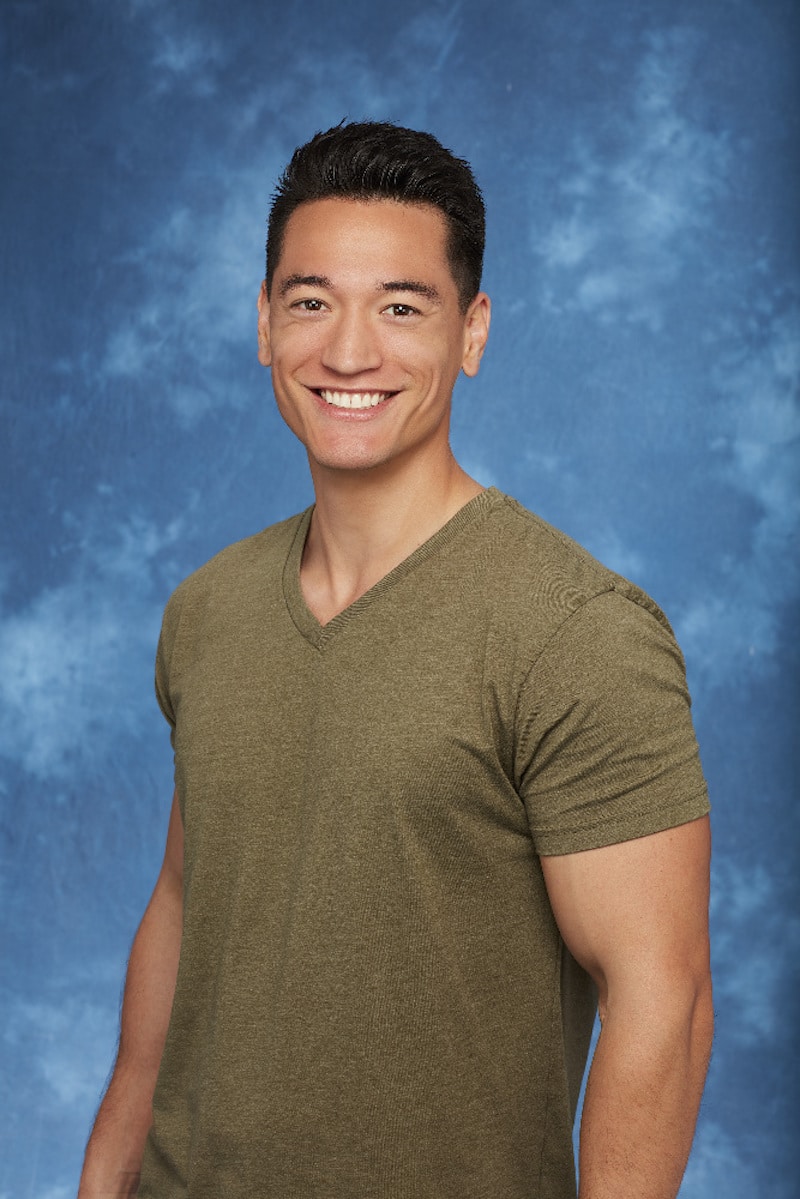 Blake No2 is a former US Marine. Another Dwayne Johnson fan — the 29-year-old chose The Rock when asked who he would like to be for one day — and he’s a mommy’s boy. 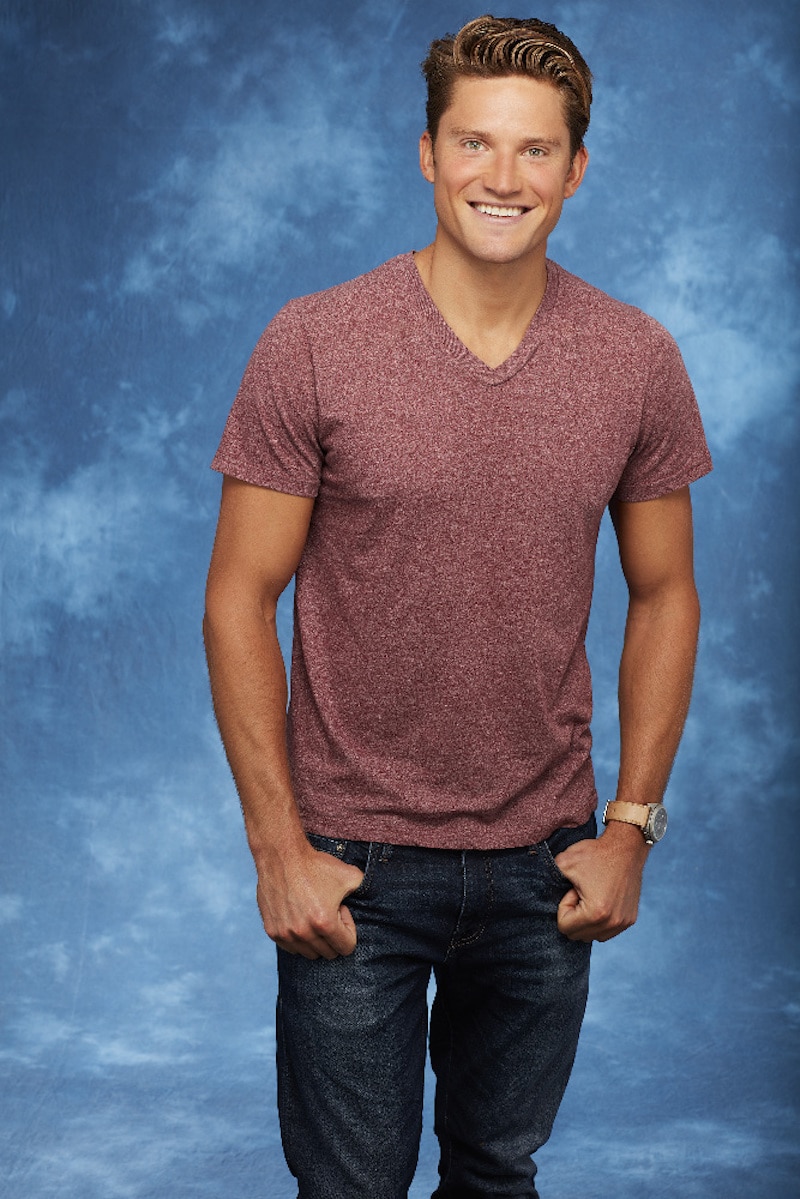 Brady, 29, is a bit of a looker — and works as a male model. He loves a bit of outdoor action, classing going to the beach and lake, golfing, and sledding as some of his favorite pastimes. 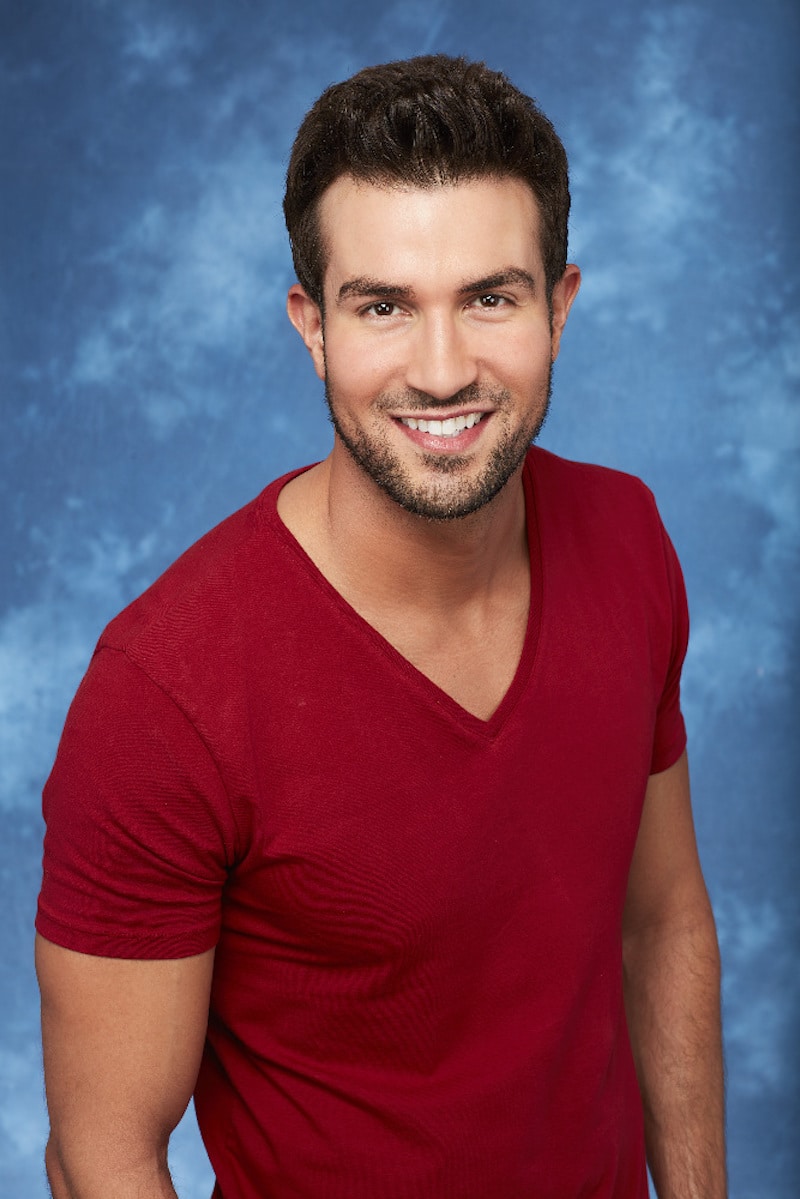 Bryan is one of the older guys in the group at 37, and has brains as well as looks — working as a chiropractor (a specialist in bones, muscles and joints). His big no no in a date? Bad table manners. 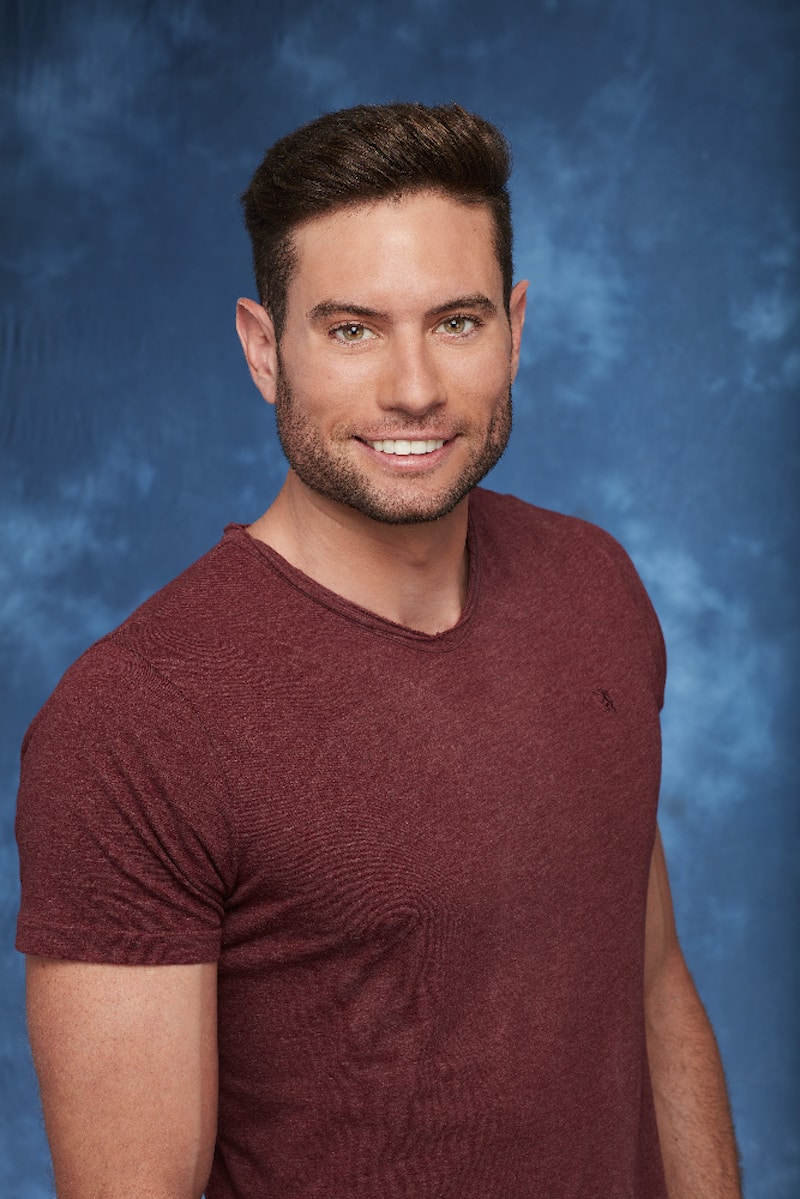 Bryce, 30, has a big advantage in the career stakes — he’s a firefighter! They’re all hunks, aren’t they? When asked what the “wildest” thing he’d ever done in bed was, he said: “Caught a girl’s hair on fire once while having sex.” 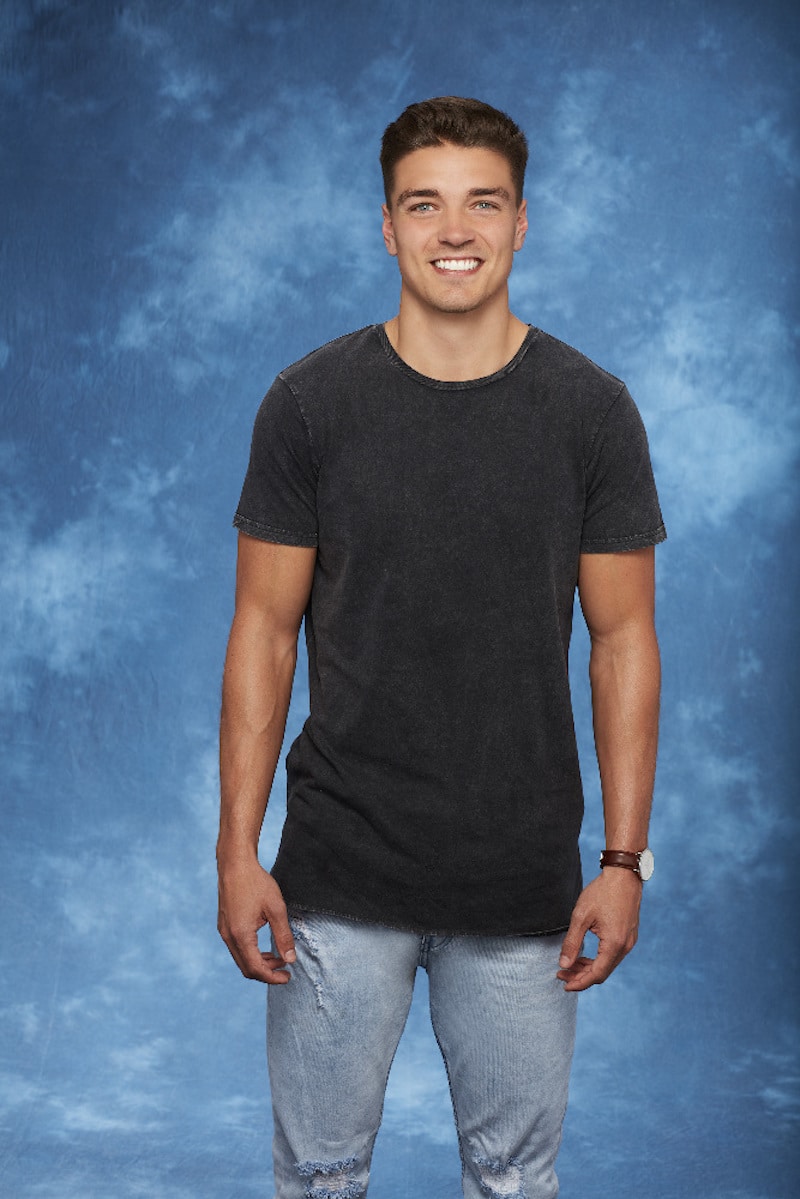 Dean, 26, is one of the youngest men vying for Rachel’s heart, and works as a startup recruiter. He likes a woman who plays hard to get.

DeMario, 30, is an executive recruiter (lots of recruiters in this line-up!). He describes himself as a party-starter, and wants someone who’s outgoing, funny and “geeky but cool like The Fonz”. 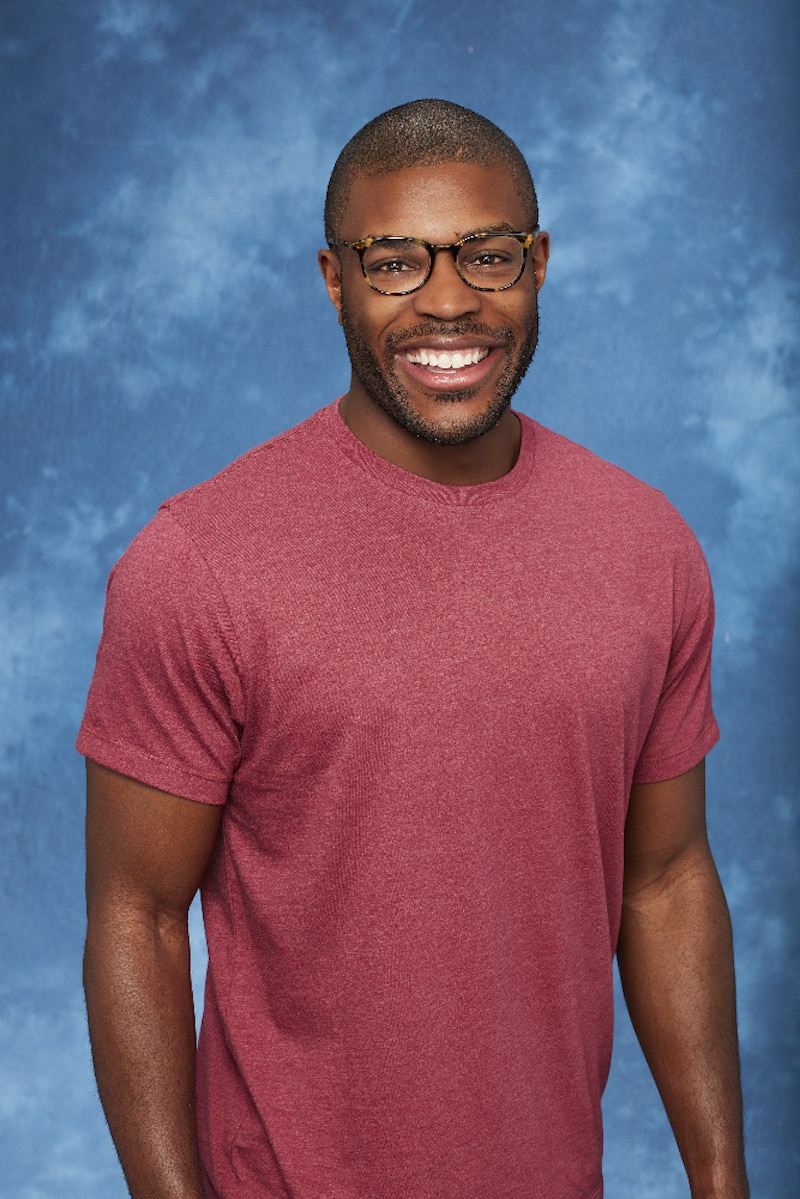 Diggy, 31, is a senior inventory analyst, and likes to keep it low-key on a night out frequenting chilled out bars rather than clubs. He likes a date where both him and his partner are out of their comfort zones. 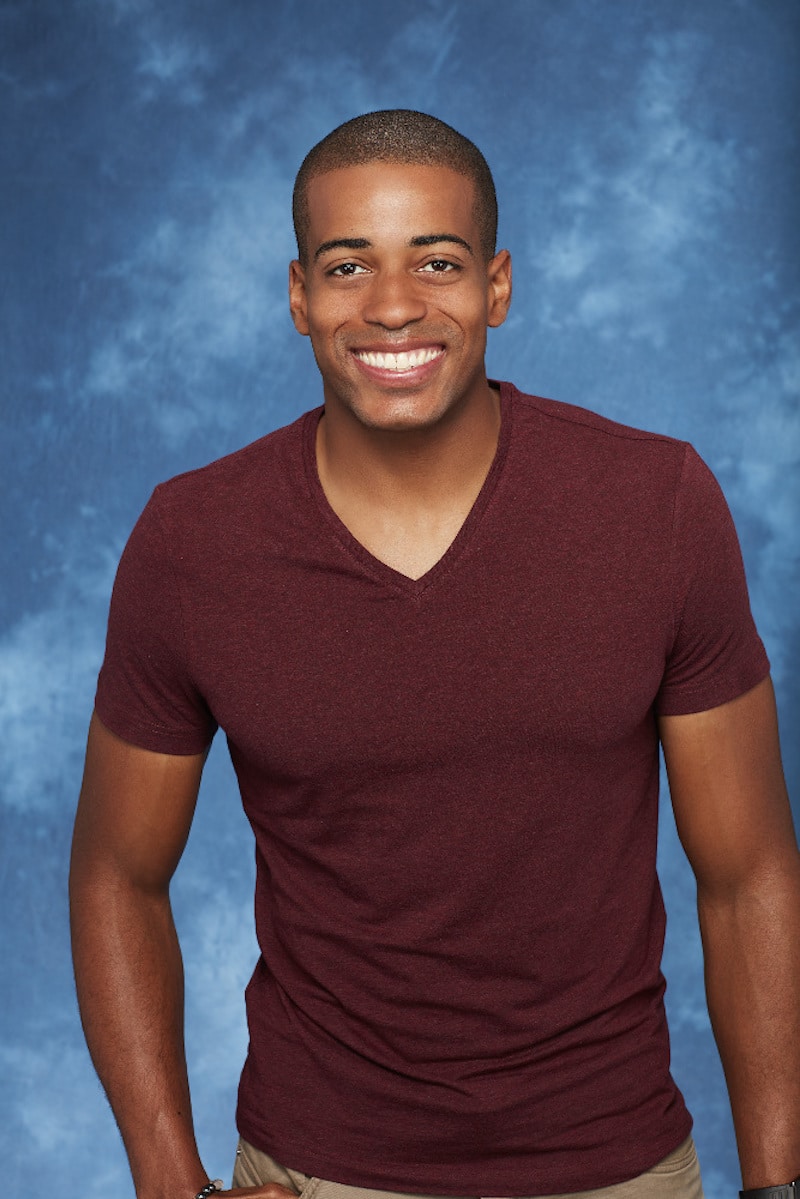 Eric, 29, has a lot going for him in the body department — as he’s a personal trainer! He is a total neat freak and says he has no time for negative people. Will he find any of those on The Bachelorette? 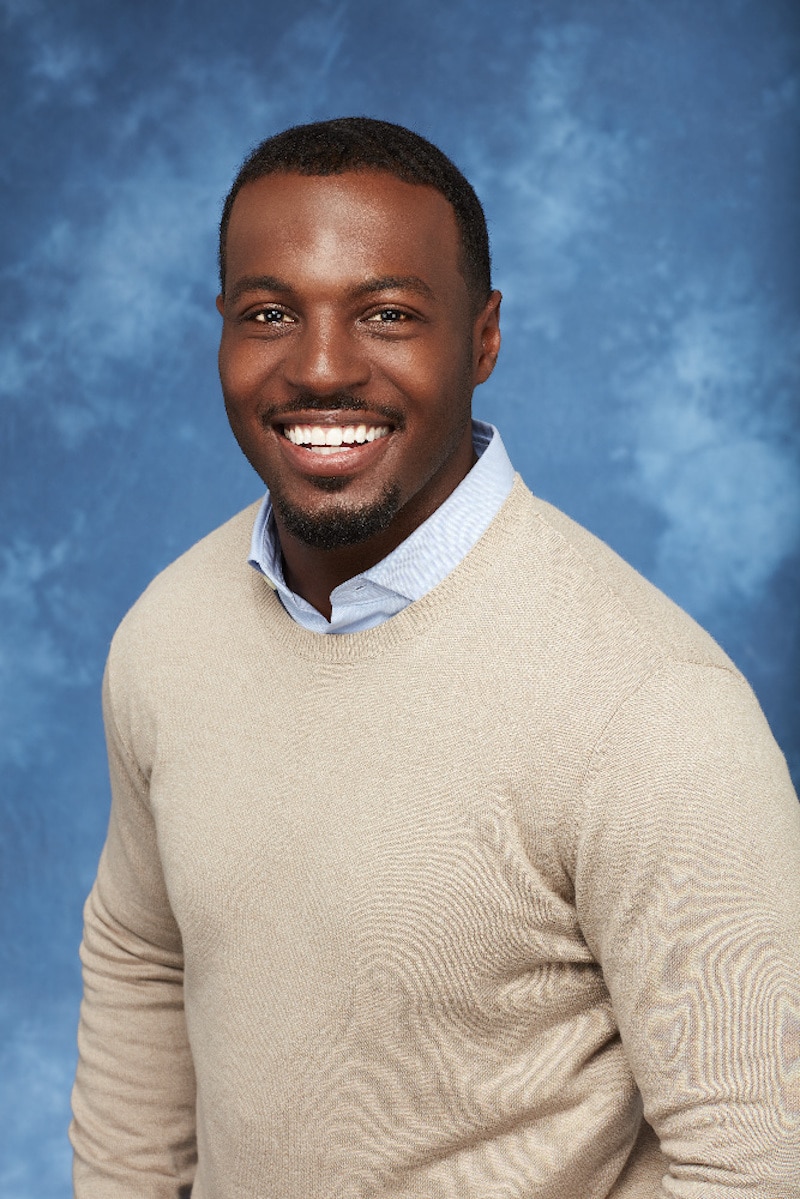 Fred, 27, is an executive assistant and a smart cookie — graduating from two separate universities on the same weekend after doing two courses at the same time. 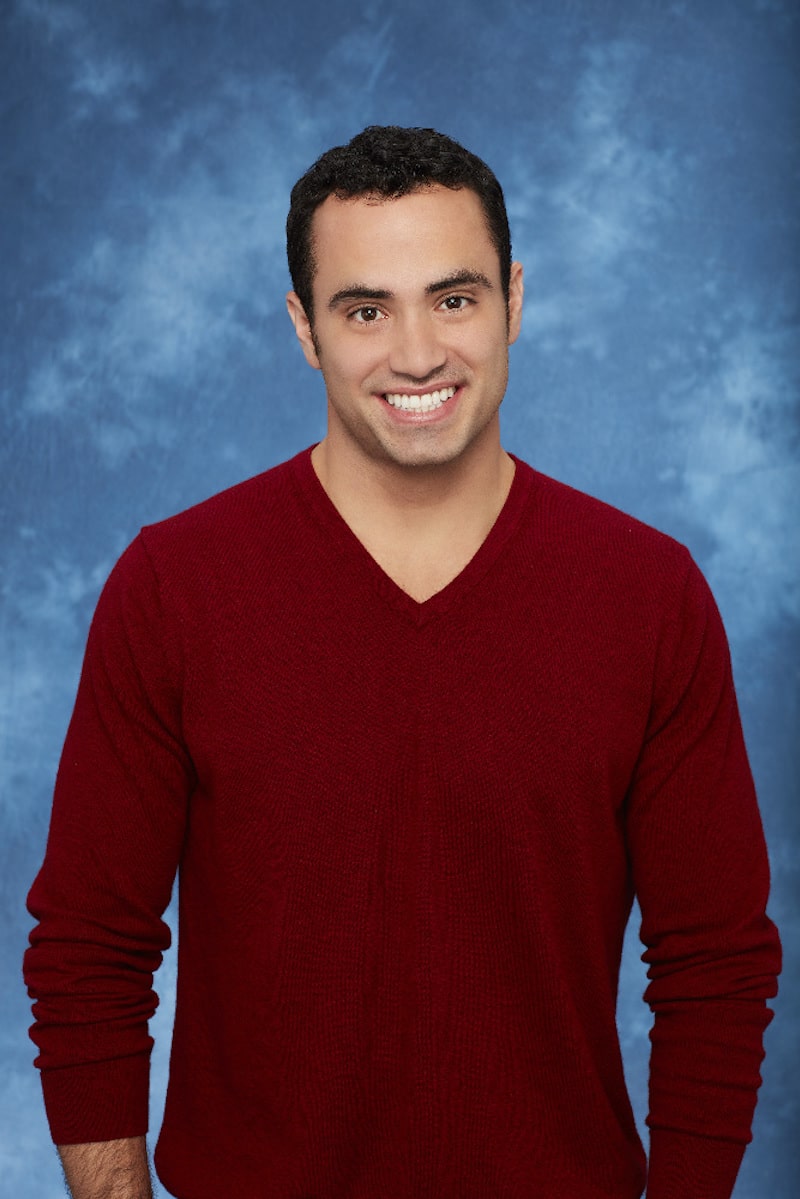 Grant, 29, is an emergency medicine physician, and says he likes to be the center of attention “while appearing to maintain a humble outlook on it”. 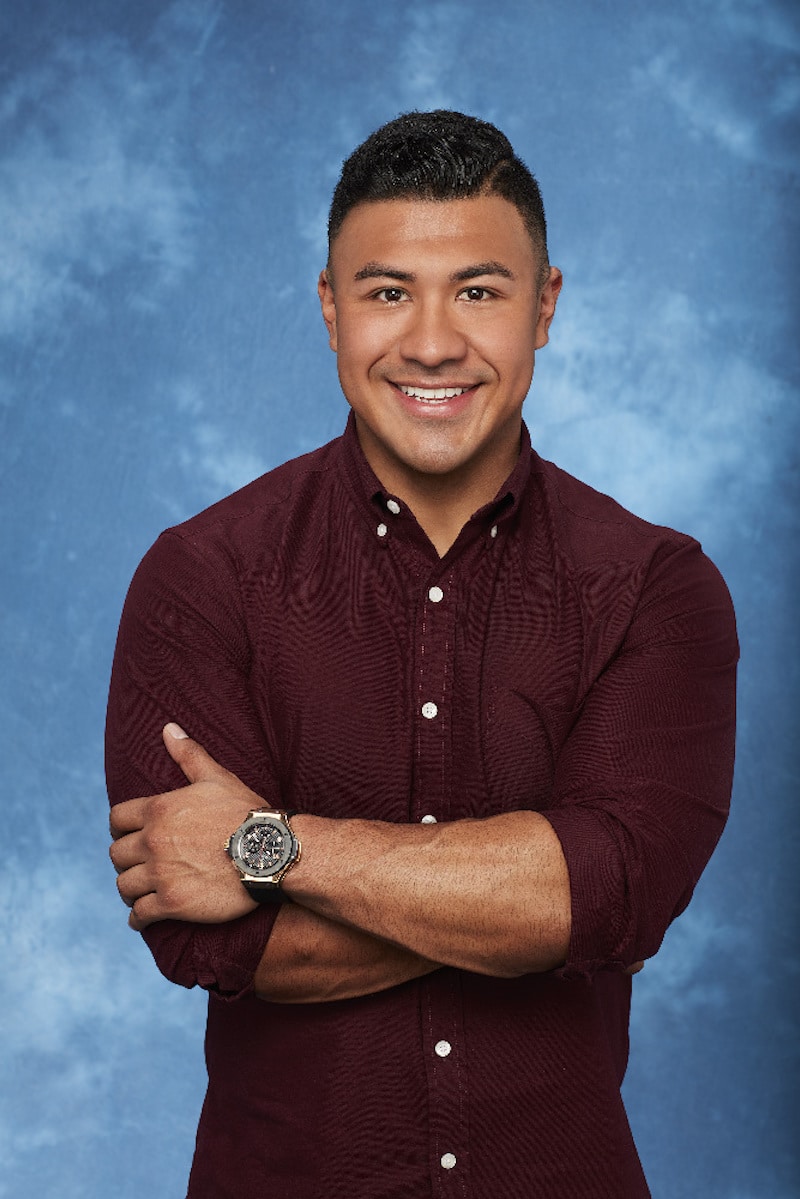 Iggy is a CEO at a consulting firm. The 30-year-old says being “passionate, loyal and witty” are his best attributes — as well as his worst. He says he has no time for “dumb” dates. Attorney Rachel shouldn’t have a problem there. 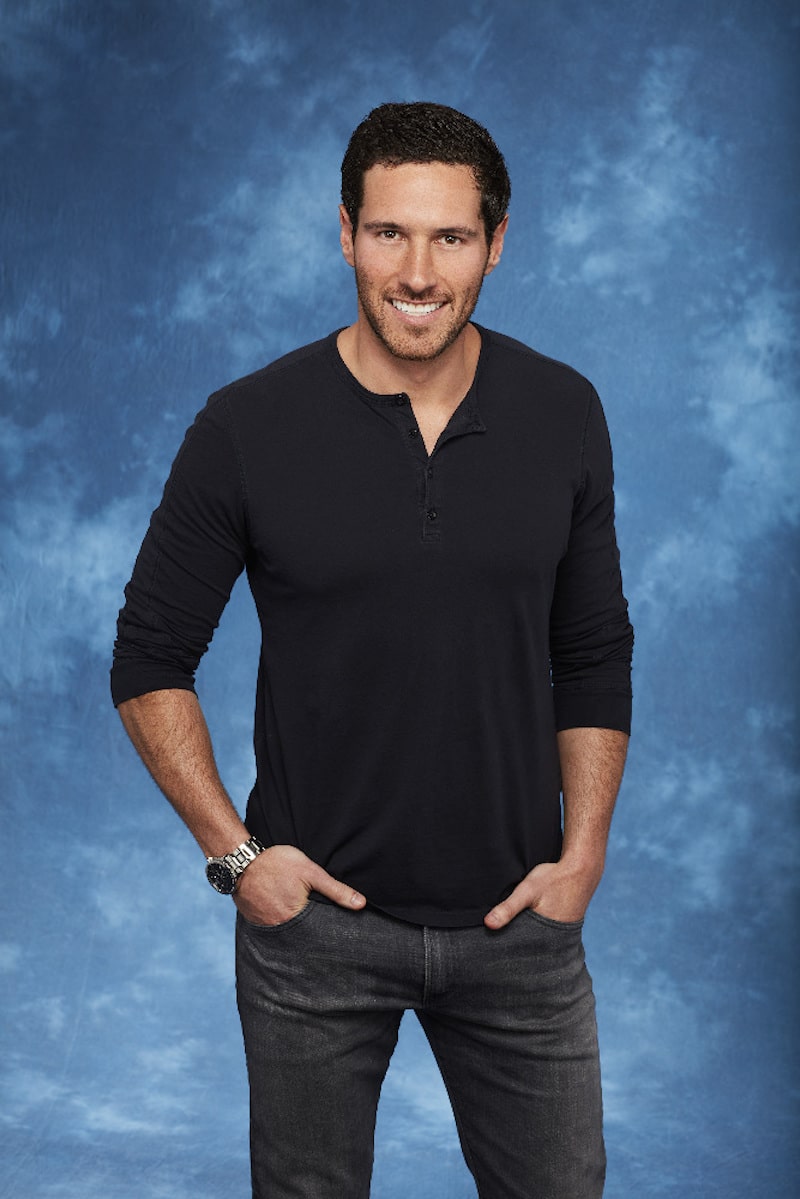 Jack, 32, is a match made in heaven for Rachel — in the career department, at least. Like her, he’s an attorney. He describes himself as competitive, as well as hard on himself. 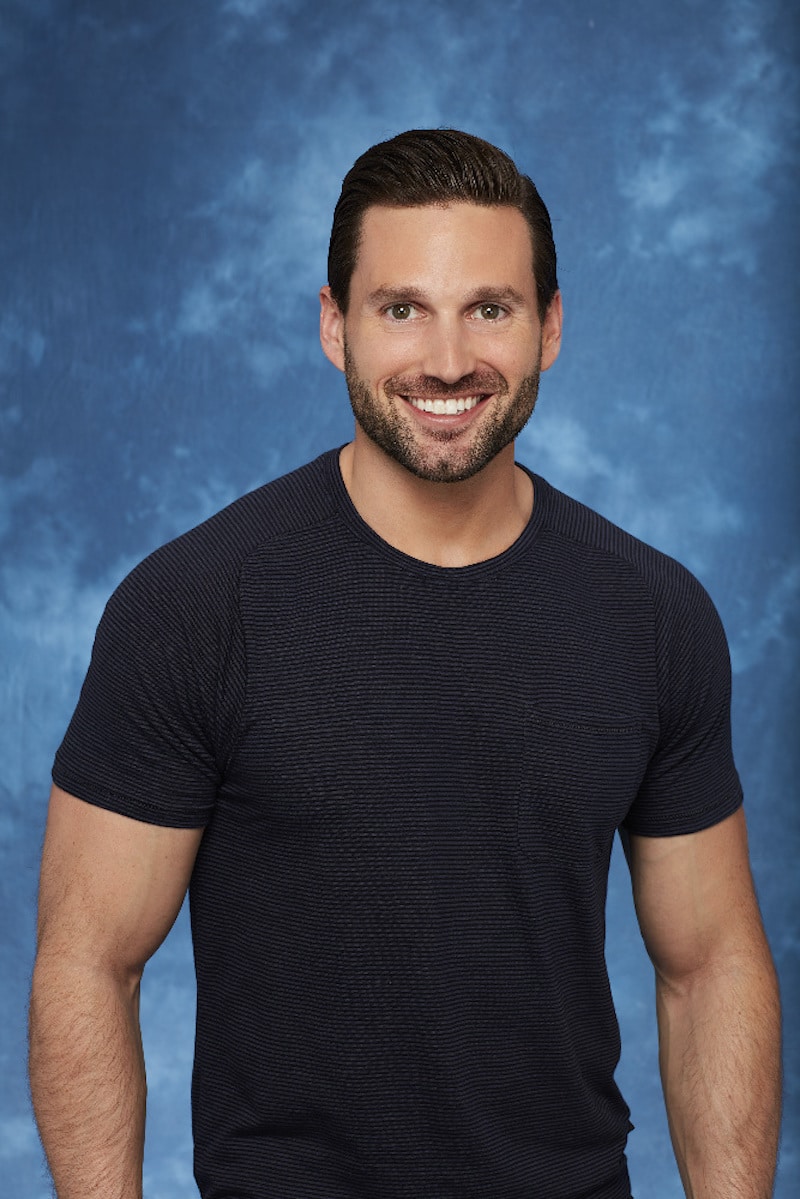 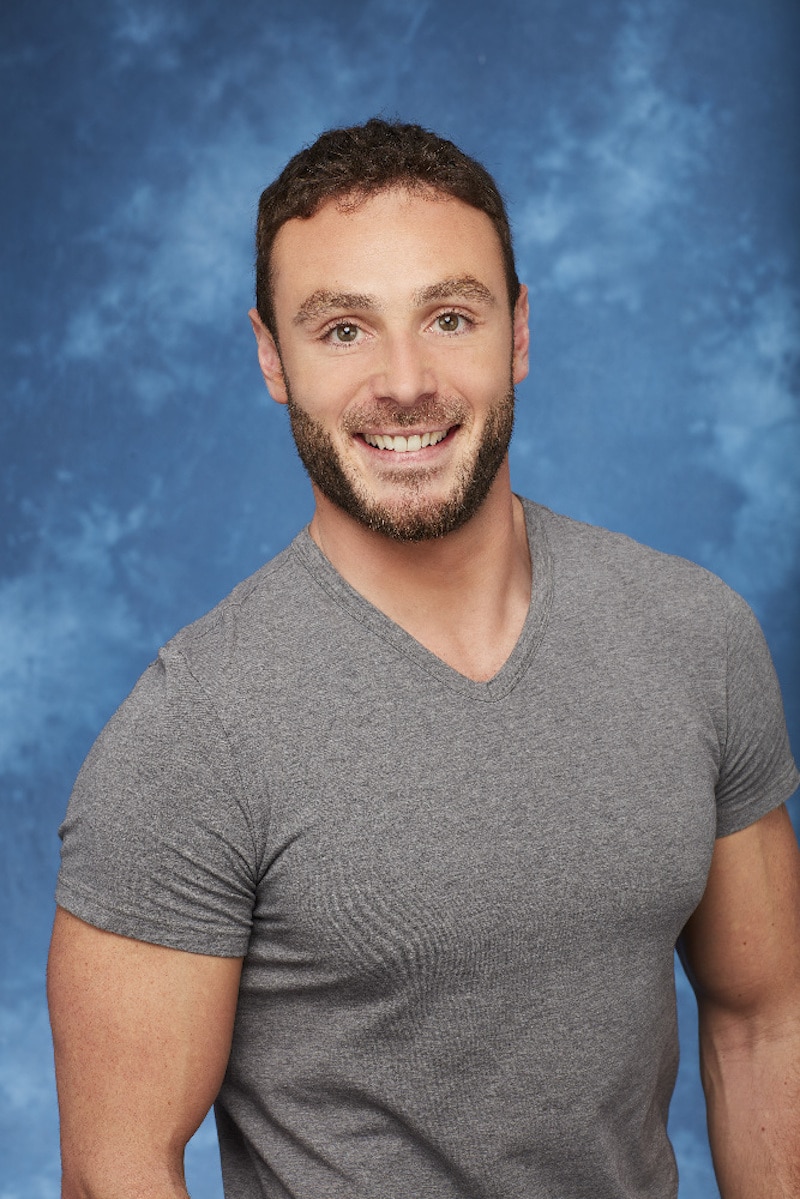 Jedidiah, 35, is an ER physician, and the adventurous type. He says he once had sex on a glacier in the mountains. 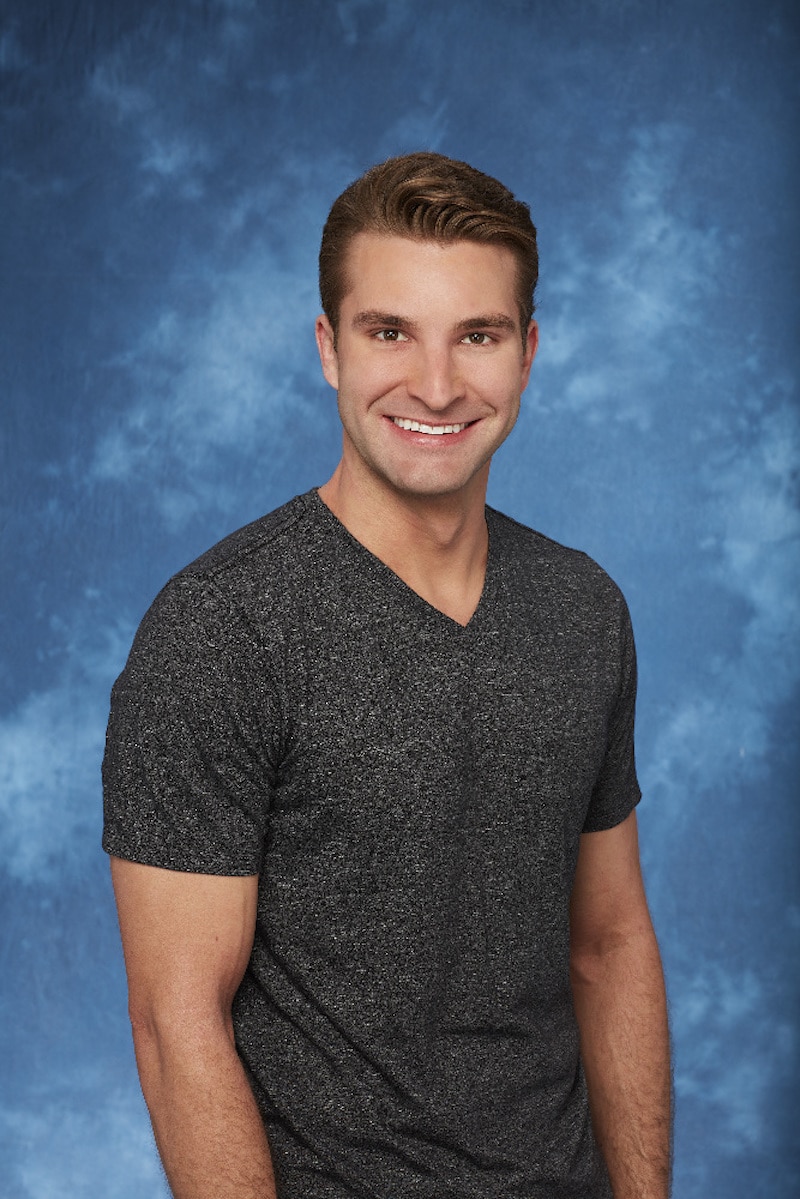 Jonathan, 31, is a joker — describing his job as being a “tickle monster”. The most romantic present he’s ever given? “An engagement ring”. Well, that didn’t work out then… 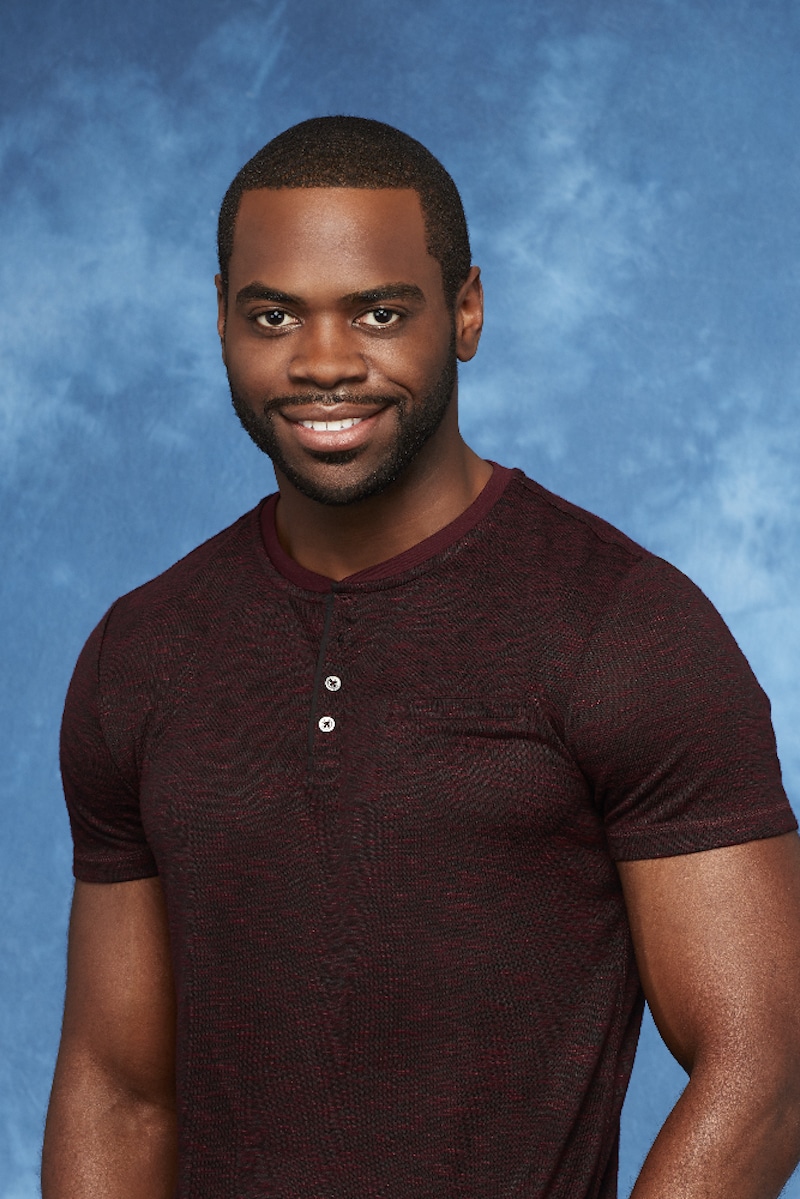 Josiah is a prosecuting attorney — but probably would prefer to come up against Rachel in bed rather than the court room. The 28-year-old describes himself as a natural leader, but admits he can’t dance. 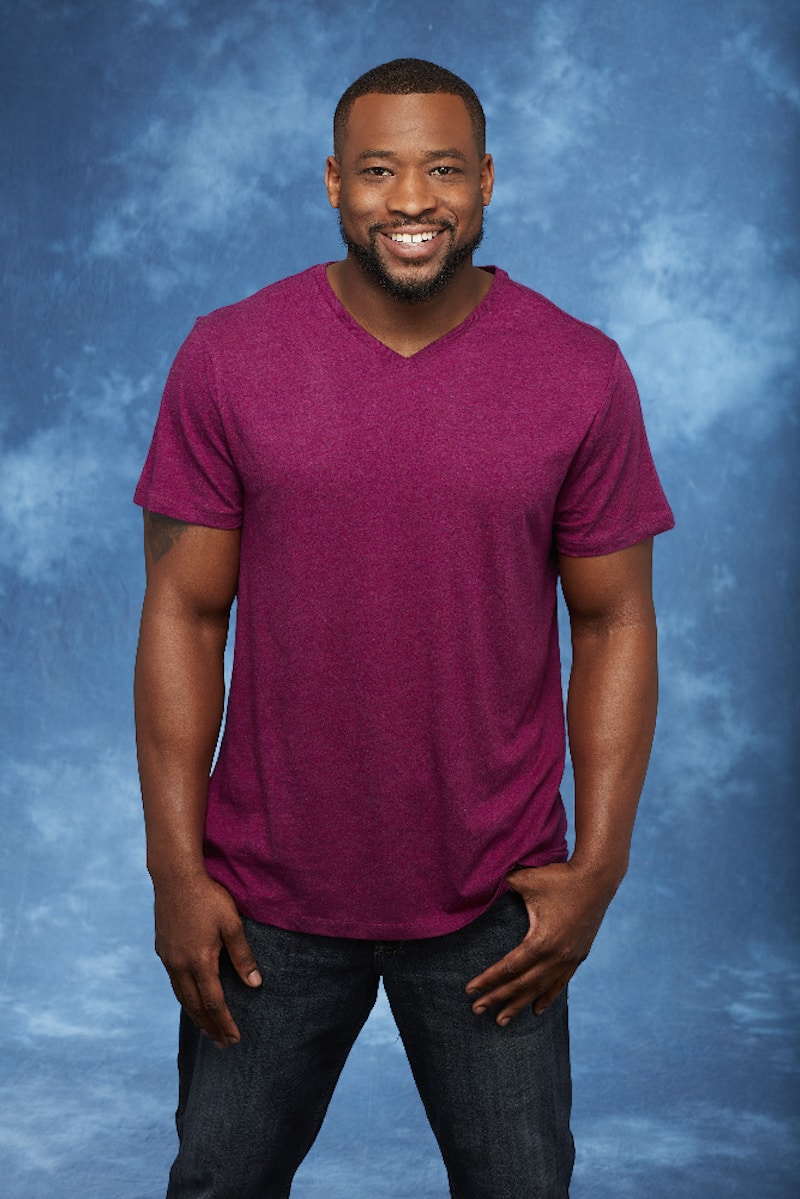 Kenny, 35, is a…wait for it…professional wrestler. He already has one woman in his life who he’d do anything for — his daughter. 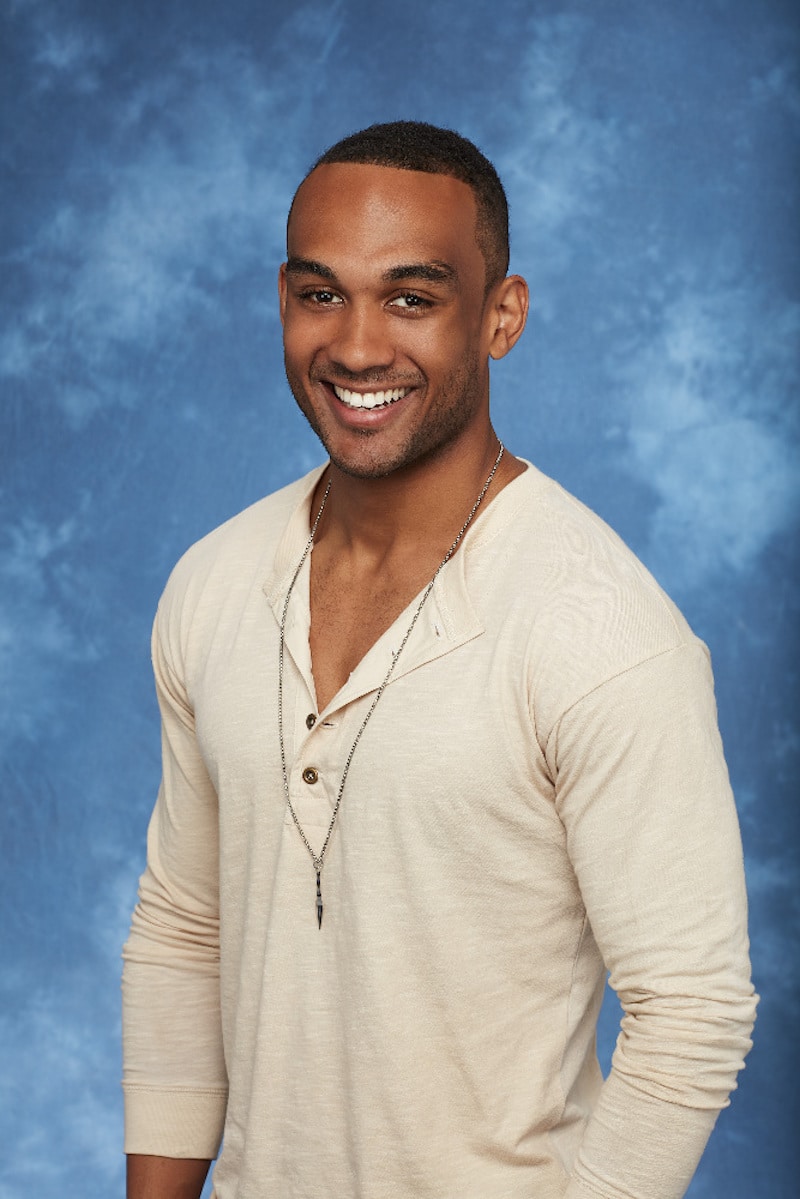 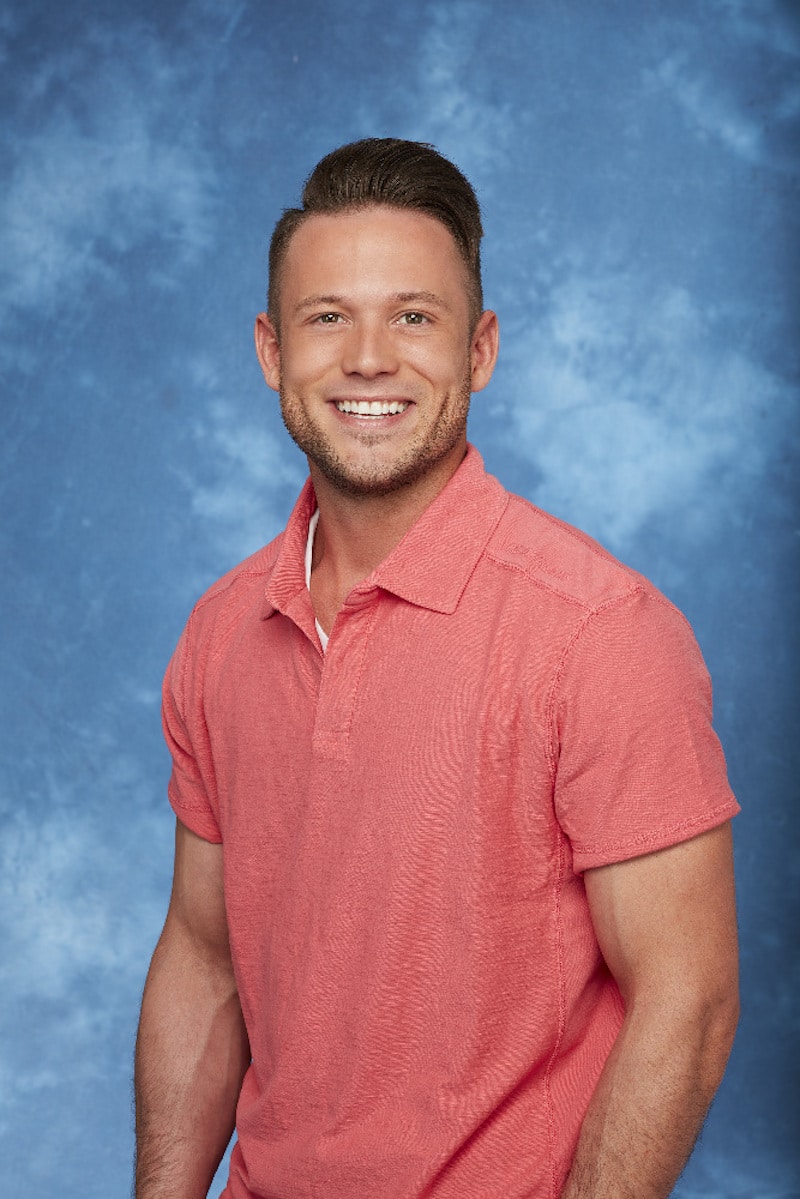 Lee, 30, is a singer-songwriter and likes a bit of violence in his movies — describing Inglourious Basterds and Scarface as two of his top all-time films. However, he’s also got a softer side, adding Gone with the Wind to complete his top three. 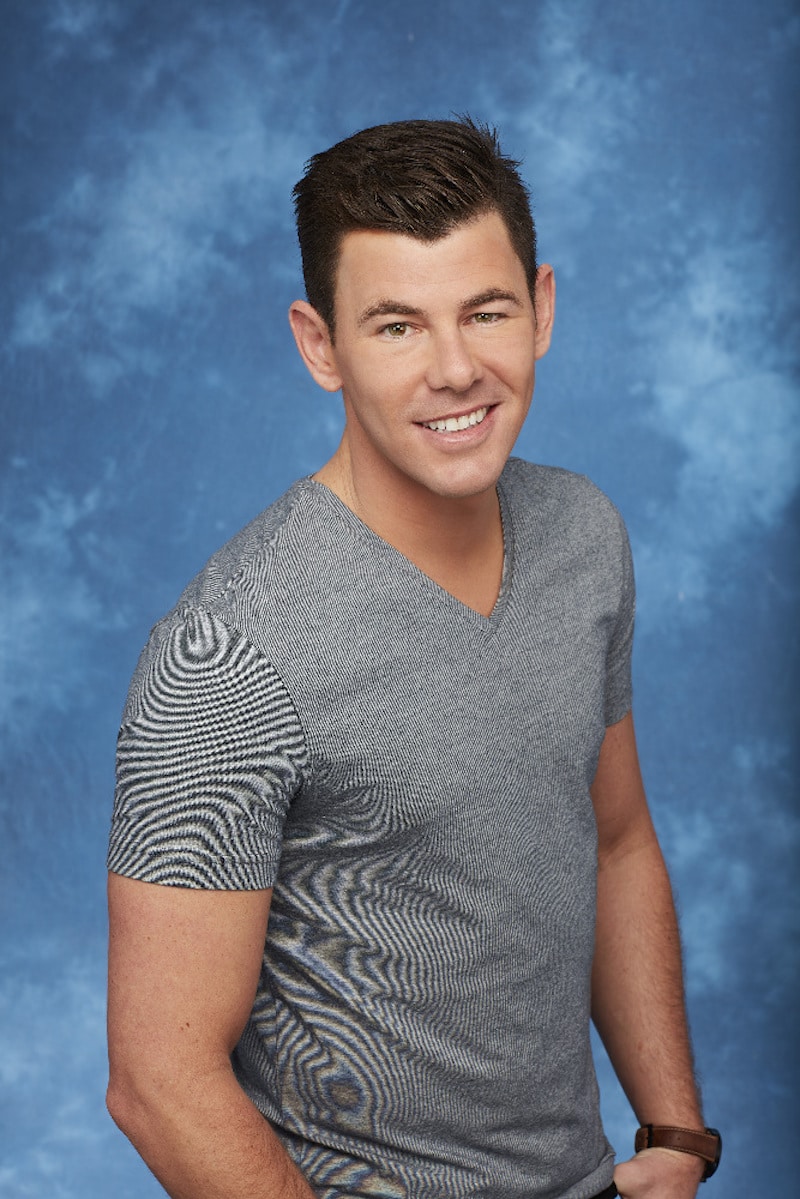 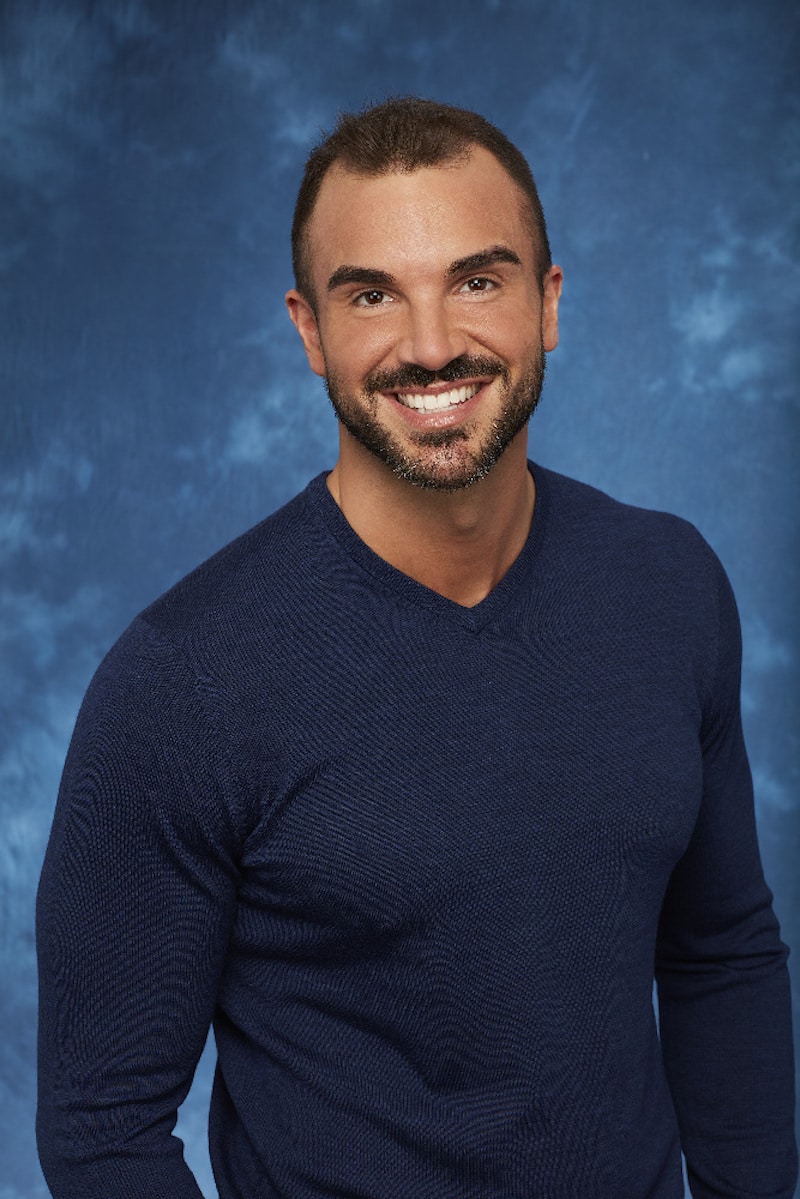 Matt, 32, is a construction sales rep and says he has been in love before — realizing that he was when he found himself buying lingerie at Victoria’s Secret. 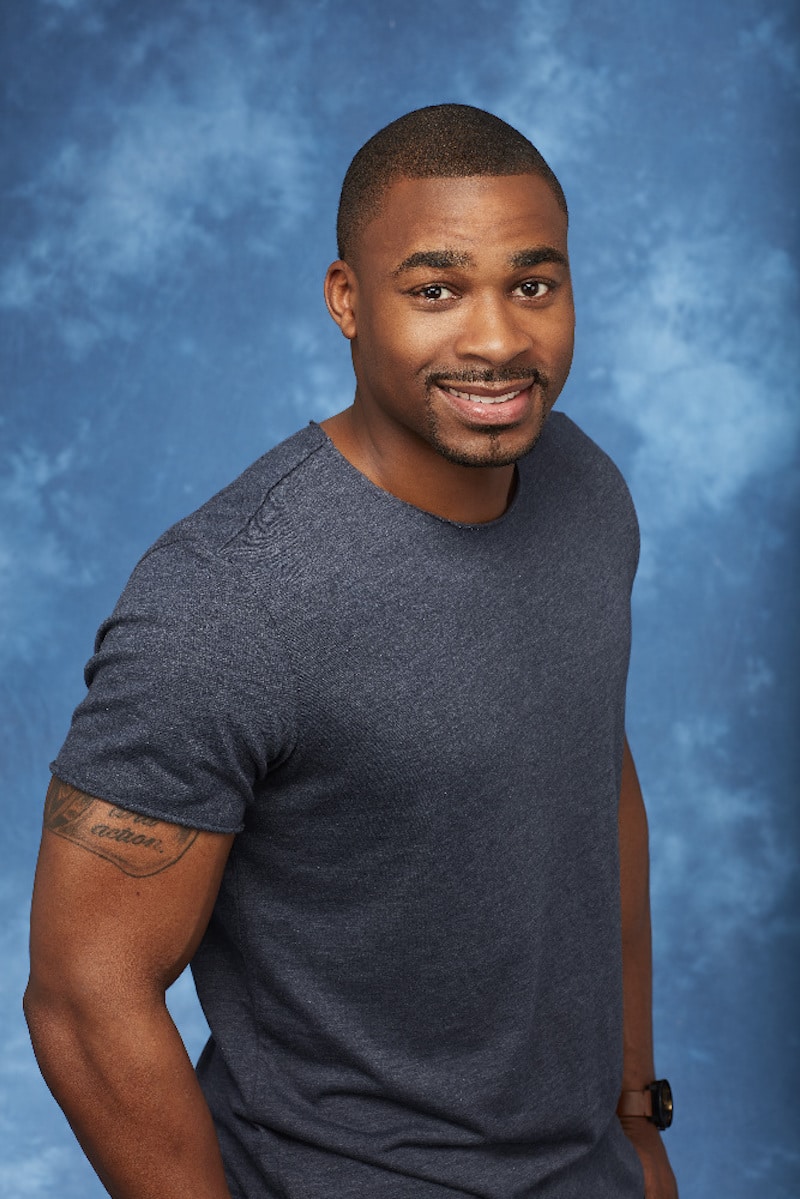 Michael, 26, is a former pro basketball player, and used to shoot hoops for a living in Bulgaria. He hopes his “charm” will help win Rachel over. 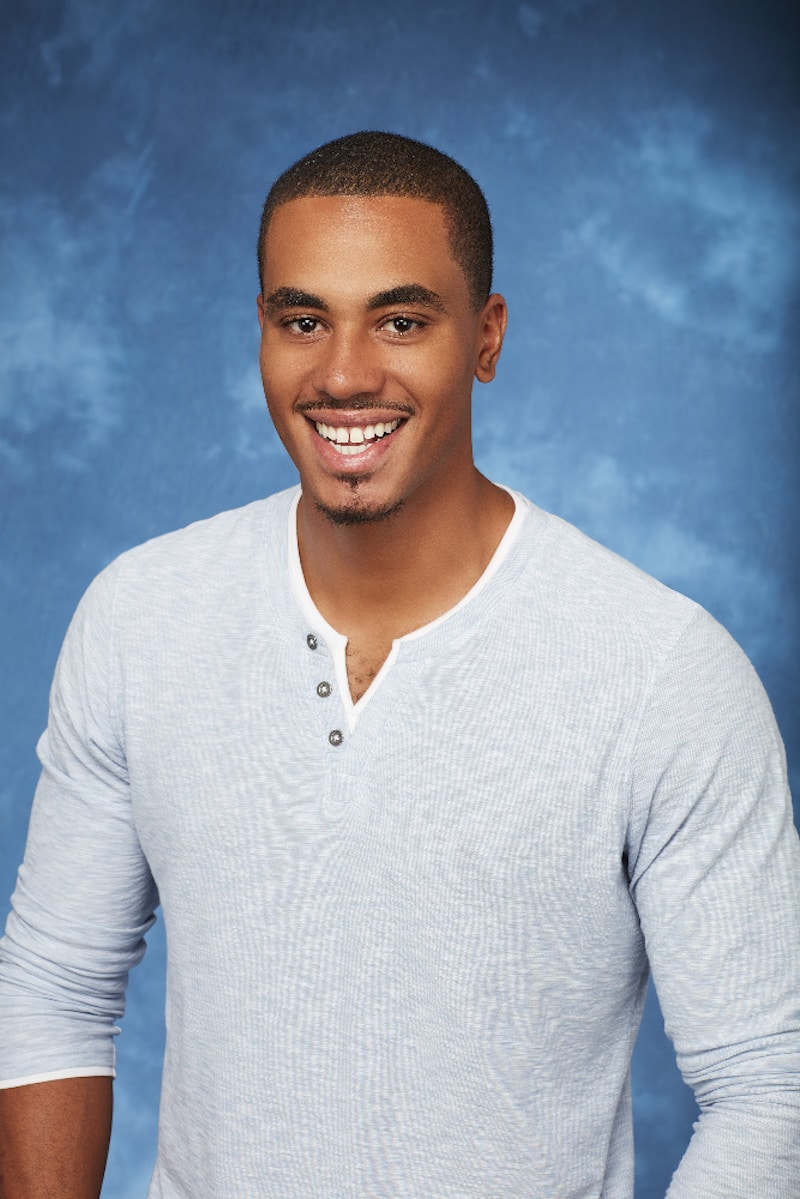 Milton, 31, is hotel recreation supervisor and at 6ft 5in is one of the tallest guys in The Bachelorette Season 13 cast. He’s a big salsa fan and says he can be “kinda” romantic, though thinks that being so can “show you’re weak”. 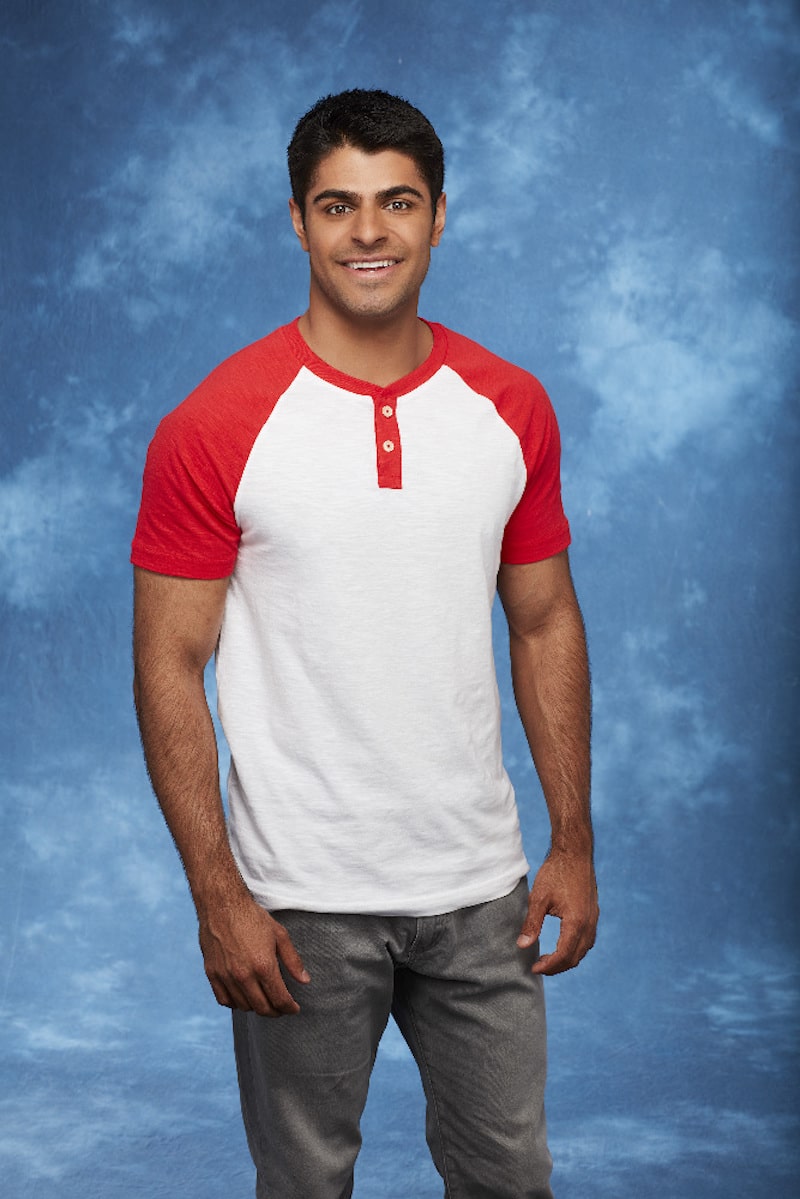 Mohit, 26, is a product manager, and family is a big part of his life and says their approval of any partner for him is “very important”. 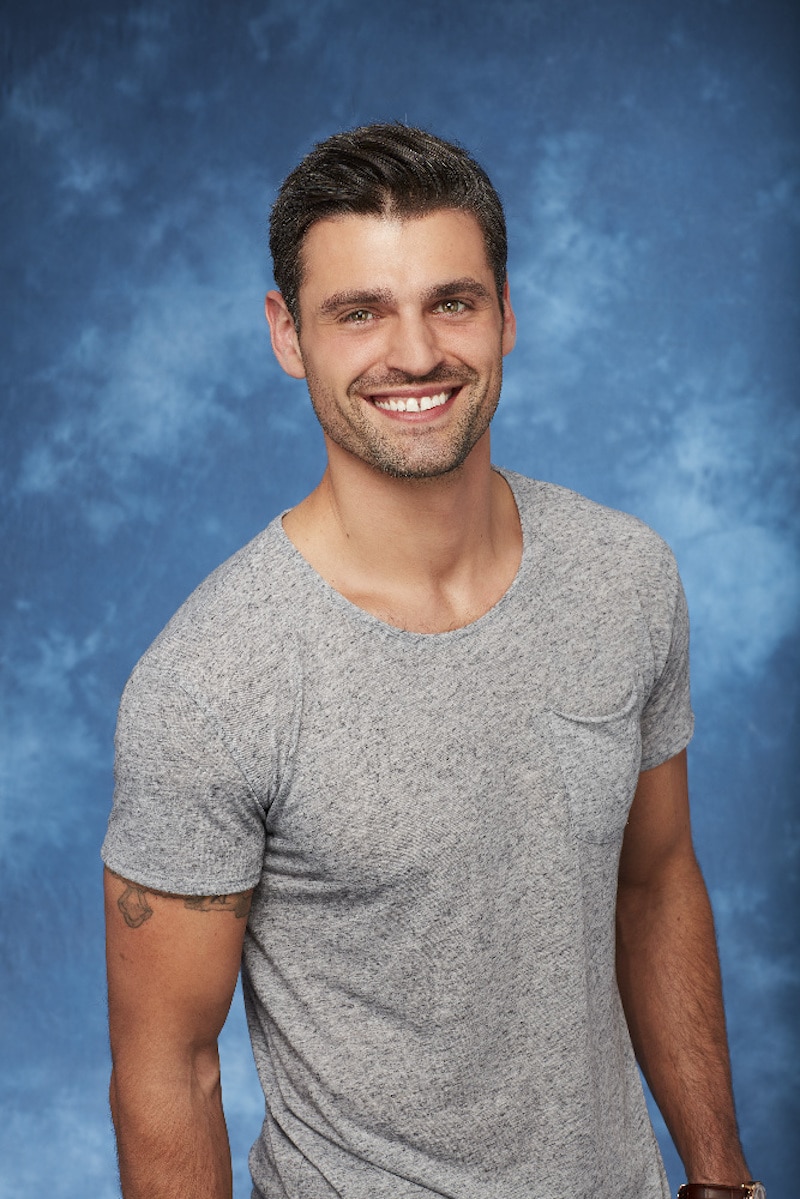 Peter, 31, owns his own business and has also spent time modelling. He’s a big fitness fan, and has completed three Ironmans in his life — one with a broken foot! 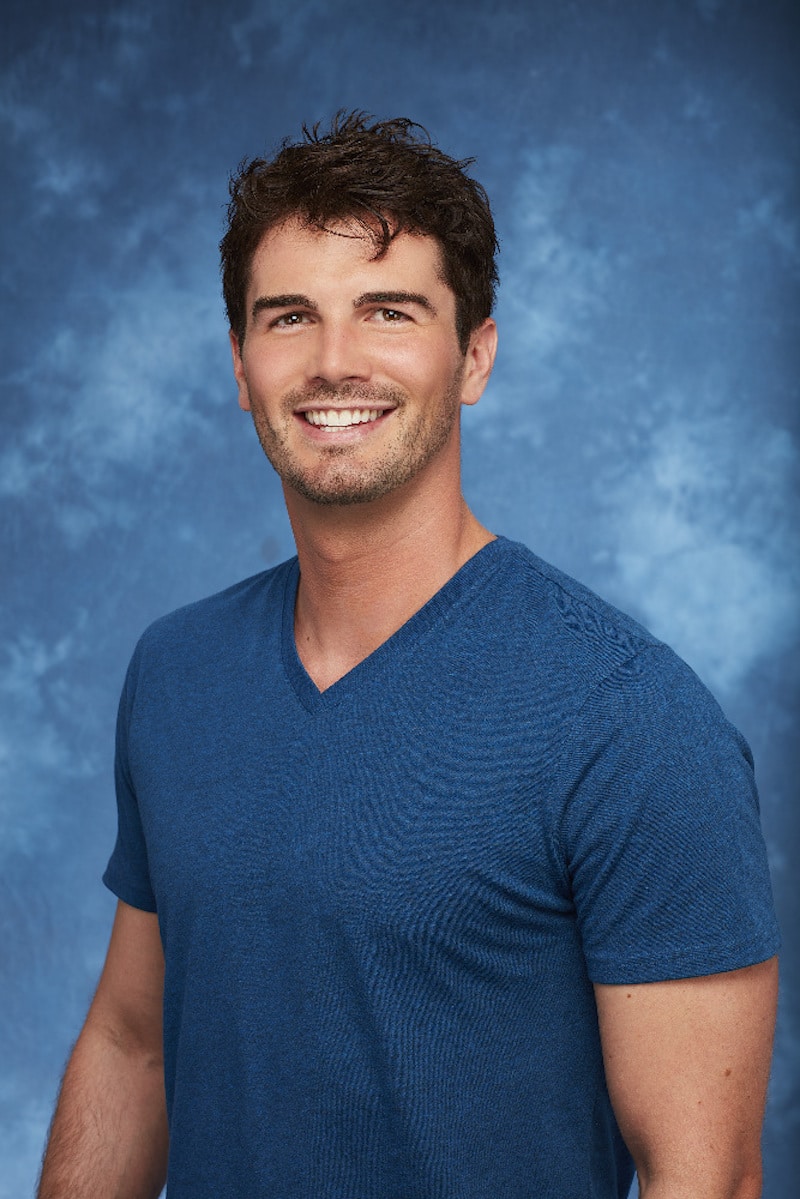 Rob, 30, is a law student, and has spent a lot of time overseas, studying in China, Taiwan, Peru and Spain. He says he’s a go-getter generally in life but when it comes to women prefers someone who pursues him. 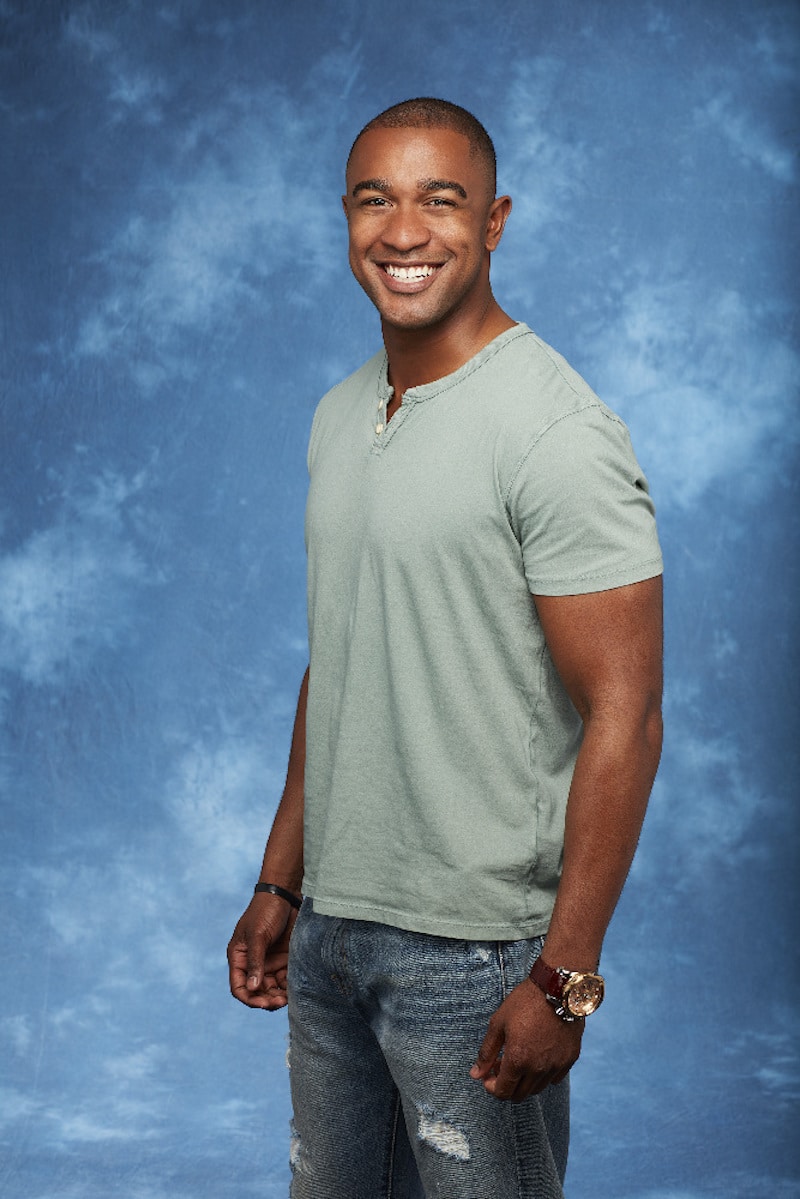 Will, 28, is a sales manager and says every Tinder date he’s ever been on has been a disaster. He says he’s a little shy, until he comes out of his shell.