Why is Farrah rocking the not-an-engagement-ring she bought herself for Simon to propose with, but he didn’t propose?

So now he’s paying her back for it and she’s wearing it. WTF?

And people are noticing and commenting and it’s just tacky and trashy and so many other unflattering words.

For a woman who isn’t moving to San Diego to spend more time with Simon, Farrah’s sure spending a lot of time with him.

Why is she house hunting with him?

They look at houses with stables and space for whatever animals she might choose to own. No homeowner’s association.

“Nobody would ever bother you here,” Simon says.

But it’s such a toxic relationship. They even fight over the GPS.

“You’ll be closer to me and I can keep an eye on you,” Simon says. #Creepy

It’s holiday time again, and that means splitting time with the kids.

Maci manipulates him a little by pointing out he’ll miss Santa Claus with the other kids.

Bentley chooses to stay at home.

“I just wish they wouldn’t put him on the spot. He always says well Mimi is going to be mad at me,” Maci says.

Maci says she cannot tell Jen that her son is a piece of s**t, and then she’ll defend him, and it’ll get ugly.

Her baby daddy Ryan proposes to his girlfriend Mackenzie. Dude is such a waste case.

I sorta wish she said no.

They go to dinner with Ryan’s parents and Jen and Larry are over the moon about the engagement.

Maci and Mackenzie have lunch and a really nice bonding conversation.

The fact they were both teen moms makes it easier.

Maci says she thinks the problem is Ryan’s parents, and the way they’re raising Bentley when he stays with them. He wants to be in his own bed, for example, not sleeping with his grandmother.

“If we all sat down with Jen and Larry and were like we are the parents here,” Maci suggests to Mackenzie.

Mackenzie gets on Ryan with the plan.

“Why don’t you try communicating with her a little earlier,” Mackenzie tells Ryan they should try to sort out holidays a year ahead.

Later she bugs him about it, and of course, he hasn’t tried to talk to Maci yet.

By the time he gets around to confirming anything, there’s going to be all kinds of butt hurt going on.

Amber and Matt go get a Christmas tree with Leah.

Then Matt surprises Amber with a black Corvette for Christmas. #ManCrushMonday

He tries discuss it when Amber drops Leah off, and she says she’ll call him and gets all weepy in the car because she’s sad to see all of Leah’s school Christmas ornaments in Gary’s house.

He’s not all that excited about the destination til they arrive.

There’s a lot of snow. They should have gotten an SUV.

They’re staying in a romantic cabin and going to hot springs in the snow.

They have a lot of fun, and do a lot of deep talking.

“Our job is to make each other feel safe and comfortable saying stuff to each other,” Tyler says.

“What I need from you is be a little more receptive to things,” Tyler tells Cate.

He says her worrying about him leaving her makes him wonder what he’s doing wrong as her partner.

Why would Mackenzie marry a guy like Ryan? What am I missing here? Dude is either stoned or dumb as a rock.

What’s going on with Butch, is he staying out of trouble?

How long til Farrah gets a restraining order against her mother? 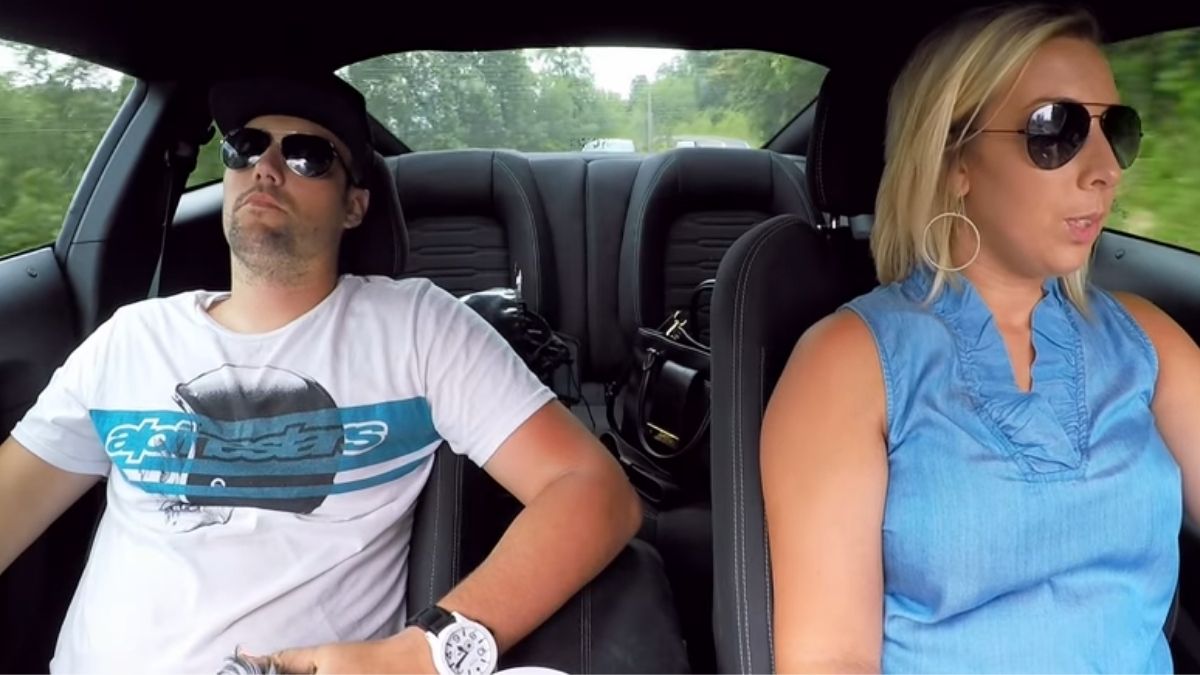