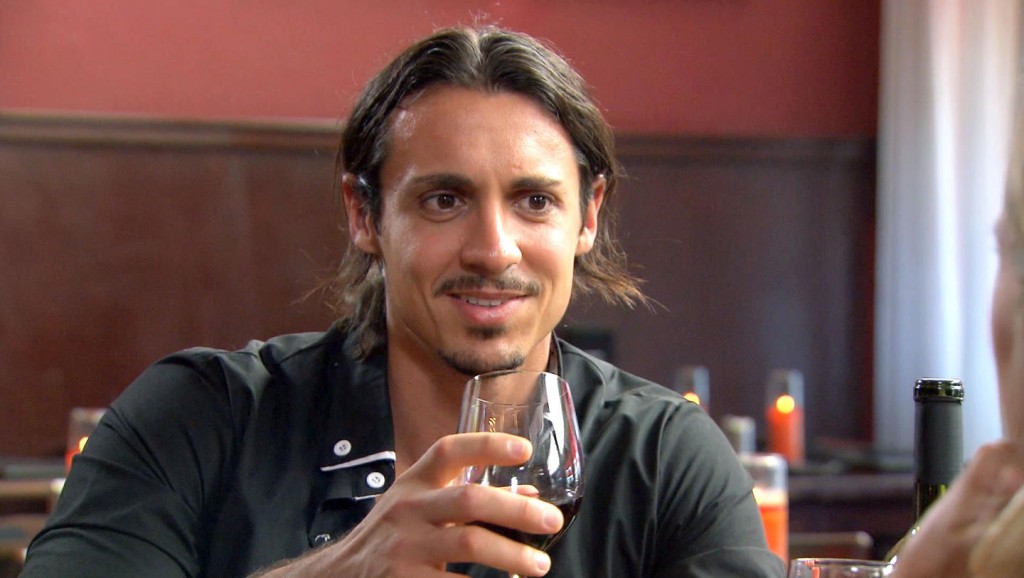 So it’s official. Kristen on BravoTV’s “Vanderpump Rules” is cray-cray and it’s time for Ariana to get a restraining order. Or a bodyguard.

Kristen’s interpretation of her conversation with Tom in Miami goes to show how totally delusional she is.

“Tom and I finally spoke about our relationship and about the breakup – it was kinda like validation,” Kristen brags. “Obviously, these feelings are still here, and they’re very real. So if Ariana weren’t in the picture, Tom and I would still stand a chance of being together.”

Health scare! 😧 Bachelor in Paradise star Carly Waddell suffered a medical emergency late Monday night and had to be rushed to the hospital. Her ex-husband, Evan Bass, was there by her side and updated fans on her condition.⁠
⁠
“Carly’s first ambulance ride – she’s gonna be ok and, my goodness, this brings back some memories,” Evan said, referencing the time she accompanied him to the hospital on Bachelor in Paradise, which ignited their relationship.⁠
⁠
More details on Carly's emergency at our #linkinbio!⁠
⁠
(📸: ABC)⁠
----------------⁠
#thebachelor #thebachelorette #bachelornation #bip #bachelorinparadise #evanandcarly #carlyandevan #healthscare #medicalemergency #ambulanceride #evanbass #carlywaddell #ohno #thebachelornews #ABC #thebachelorabc #realitytvcouple #reality #tv #explorepage ⁠
⁠ ...

While she should be arming herself with pepper spray, Ariana is instead “cautiously optimistic” that Tom’s talk with Kristen in Miami is working. Okay, go ahead and stop and laugh out loud for a minute. OMG, she has no idea what’s going on. I keep hearing that music from horror flicks when there’s a murderer with a knife behind the shower curtain.

Kristen goes walking with her friend Rachel, a comedienne who bases half her material on her previous relationship with Jax. No lie. And she tells Rachel that the girl Tom bopped in Miami is going to be in Los Angeles and wants to confront Tom in front of Ariana.

“I would love to see the f**king look on his face when she walks in,” Kristen says. #UnhealthyObsession

It’s so weird watching Kristen and James talk about Tom’s chick from Miami.

“On one hand it’s frustrating to me… but on the other hand, I can understand why she’s frustrated… these are the consequences he has to pay for,” James says. He’s obviously an idiot. Who gives a s**t what their girlfriend’s ex did? And who helps plot their demise? That’s what you do with your girlfriends – not your new boyfriend. Yikes!

While we’re in the weird zone, why did Carmen agree to meet with Jax and what has she done to her hair? She needs to stay away from that guy. He tells her it’s over with Tiffany and I thought she was going to hand him her panties under the freakin table.

“Carmen is the best sex I’ve ever had… so why would she want to date other people?” Jax asks.

“I have no ulterior motives,” Jax tells her. And all of America watching took a step back to avoid being struck by lightning. #TrueLife

Meanwhile, Jax is jealous as hell that Peter has a date with Vail, advising him to clean up his apartment if he’s bringing her back after.

The condoms in Peter’s Dopp kit look prehistoric – hope Vails brings her own.

But Vail is confused because she didn’t know she was having a date. Guess the condoms won’t be an issue. I am confused as to why she’s splitting bottles of wine and joking about being blackout drunk when she’s supposedly a recovered addict. Addicts don’t get blackout drunk in recovery, Vail. Or did you miss Psych 101 at Princeton?

“We’re definitely not on the same page,” Vail says. “Peter’s making it so awkward on this date that I might have to pull out the old like I’m a lesbian trick – which I haven’t had to use in a long time because I stopped being a lesbian.”

Yeah, go ahead, read that back to yourself. Twice.

Afterward, Vail tells Katie how Peter killed her mood when he listed all the chicks he dated at Sur. Ick factor of 10.

“It’s just Sur and everyone eventually dates each other. Welcome to the club!” Katie says cheerfully. She really is a moron.

But she’s a moron who is no longer part of Team Stassi. The Queen has cast her from the kingdom for associating with the lowly surfs at Sur.

“I think it’s absolutely crazy for Stassi to cut Katie out of her life. I mean what’s Stassi going to do, end up living all alone on Stassi Island? Is that what she wants?” Lisa asks.

“As far as everything goes right now, obviously your friendship is like over,” Kristina tells Katie at the restaurant. Kristina has suddenly been spending a lot of time with Stassi since Stassi has lost all her other friends. Nasty little gossiper trying to create a storyline for herself, imho.

“It’s just a shame that your friendship has to end this way,” Kristina tells Katie. Twist that knife!

Stassi has a very specific opinion of how her meeting with Katie should go.

“Just shut your mouth and listen and nod and say you’re sorry,” Stassi says in interview.

They meet for lunch and it looks like a Mexican standoff.

“It’s mainly the way that I had to find out,” Stassi is pissed she learned about Katie going on the Miami trip from Scheana, who she detests.

“I could sense that you were mad at me already about something…” Katie basically admits she was too big of a wimp to tell Stassi.

“I’m not going to tolerate being disrespected. I’m not a doormat. I’m a friend,” Stassi rants.

“You are this mad at me because I didn’t get to you before Scheana did,” Katie is incredulous.

“It’s crushing to know that this friendship was unequal,” Katie just figured this out? Stassi isn’t “equal” to anybody in her own head.

“This is not always about you,” Katie grows a set on national television. I don’t really think much of her but this was fun to see. Queen Stassi put in her place. Damn!

“I can feel how I want to feel. And right now with my relationship, it means a lot to Tom…” Katie blah blah blah all about how these are Tom’s friends and she needs to be friendly with all of them for her relationship.

“You are the last link to them,” Stassi says. She’s made it clear she wants nothing more to do with the folks at Sur, yet she continues to randomly pop up there. Hmm.

“Why don’t you trust me to be around these people and still have your back?” Katie asks. Because nobody trusts anybody at Sur, Katie. Duh.

“The only person I’m worried about making happy is myself,” Katie tells Stassi and leaves her in the restaurant, daintily dabbing at the corners of her eyes so tears don’t smear her eye makeup.

Next week is all about Stassi and her throne, again. Oh and Tom’s paramour from Miami will show up to confront him at Sur – and even Lisa thinks he’s lying about it! OMG! I can’t wait.