The Real Housewives of Salt Lake City recently introduced viewers to its entertaining cast of characters including Jen Shah and Meredith Marks.

The debut episode of the new Bravo series featured the outspoken Jen throwing a fancy party for her RHOSLC castmate, which had special touches that seemed way more about Jen than Meredith.

That brought about an interesting exchange involving a “gift horse” remark on the aftershow, that has now brought some further clarification from Meredith.

During Bravo’s Watch What Happens Live with Andy Cohen, all of the RHOSLC ladies appeared to speak about the debut episode of their show. That included touching upon the topic of Meredith’s birthday party.

It was quite the event, and it was orchestrated by Jen Shah. The party seemed to be more about Jen than Meredith, though. It featured attractive, shirtless men giving out champagne and appetizers. It also had “Shah Chalet” on the floral wall that had been put up, as well as Tongan dancers Jen had flown in.

Andy brought up the fancy party, and possibly stirred up the drama by asking Meredith, “were you at all offended that your birthday party seemed to be a little more about Jen than about your birthday?”

“You don’t kick a gift horse in the mouth. Jen can throw a party however she wants to throw it,” Meredith replied. “That’s up to her. It’s her party at the end of the day.”

Of course, the actual phrase is “don’t look a gift horse in the mouth,” which led to some chuckles, and the outspoken Jen Shah asking what she meant. Some viewers also think Meredith mixed it up with “kick a dog [horse] while it’s down.”

“You don’t kick a what? What did you say? You’re calling me a horse,” Jen said, using her trademark sparkling microphone and even adding some “neigh” sound effects to make her point.

oh my god. i also just realized lisa/meredith lady actually said “kick a gift horse in the mouth” which is a malapropism combo of “kick a horse while it’s down” and “LOOK a gift horse in it’s mouth”

“No, I was not calling you a horse. It’s an expression. You well know what that means,” Meredith responded.

Jen continued to play things up, though, even joking about her hat. “No, I don’t. I mean I know I look like I’m at the Kentucky Derby and sh*t, but that’s fine,” she said.

To help viewers and Jen understand, Meredith Marks recently took to her social media to provide some further clarification about her “kick a horse in the mouth” remark.

According to Reality Tea, Meredith posted a photo series to her Instagram in which she was wearing the same outfit from WWHL.

Another image included comments from Meredith to clarify her “gift horse” remark she made about Jen.

“What does it mean to kick a gift horse in the mouth? Don’t be ungrateful when you receive a gift. Do not be critical of a gift you receive. Do not refuse something good that is offered. Do not be unappreciative of or question a gift you have received,” Meredith wrote.

The actual phrase “Don’t look a gift horse in the mouth” basically means to not be ungrateful for a gift received, per TheIdiom.com’s definition.

So it seems Meredith has the right idea, but the wrong phrase. Or perhaps she’s coined a new phrase that has the same sort of meaning.

Either way, it brought some laughs and extra hilarious commentary to the aftershow. There will likely be more of the same on the way with such a fun cast of characters on RHOSLC! 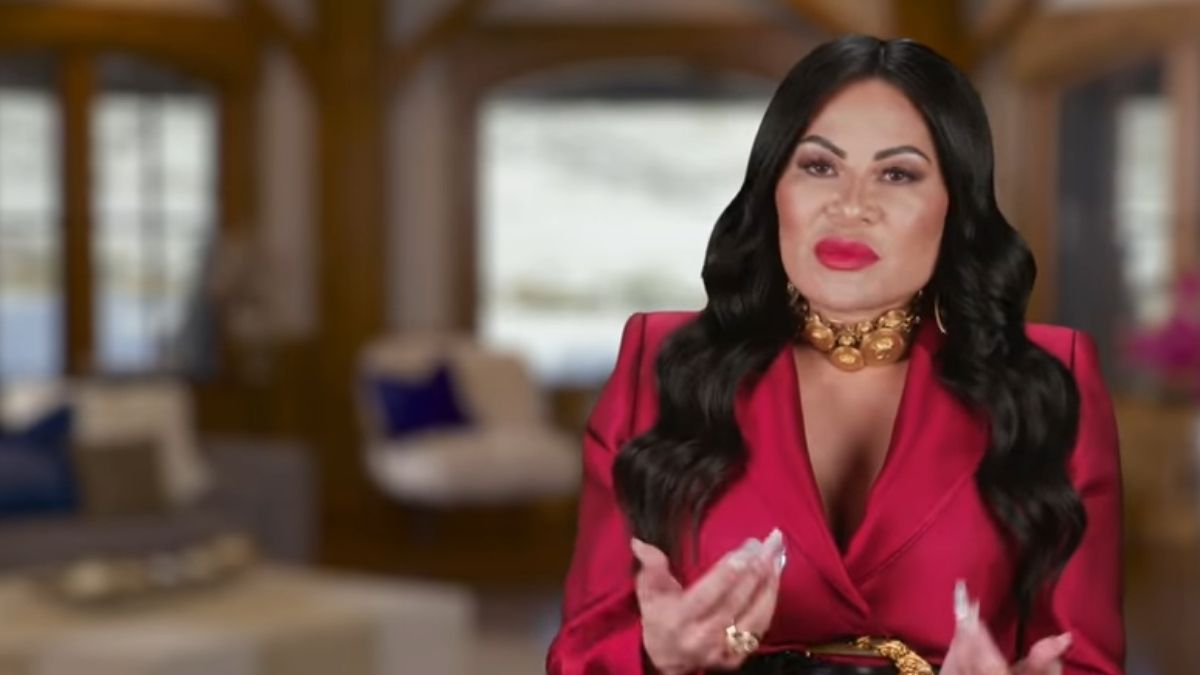