The cast of Teen Mom 2 has been known to have some issues pop up between costars.

Some of the girls remain close friends and others have a history of not getting along.

While Kailyn Lowry has had a friendship with Leah Messer and Chelsea Houska, she and Briana DeJesus have been known to argue, especially after Briana dated Kail’s ex-husband Javi Marroquin.

Kail and Briana have thrown shade at one another through social media and at reunion episodes.

While Kail and Briana are known to fight, their feud doesn’t hold a candle to the one Kail has with former Teen Mom 2 star Jenelle Evans.

Kail and Jenelle have been feuding for several years and the two often take shots at each other on social media. Kail is the latest to throw a jab and used TikTok.

In a “two truths and a lie” video, Kail posted three different statements: “I’ve been fired from my job, I have a bachelor’s degree, and I bailed one of my cast members out of jail.”

She revealed that the lie was she had been fired from a job, and it didn’t take long for Teen Mom 2 fans to remember that Kail once bailed Jenelle out of jail back when the two of them were friends.

Jenelle was also fired from Teen Mom 2 after her husband David Eason shot and killed their family dog.

Kail bails Jenelle out of jail

Kail might have been throwing shade at Jenelle with her recent TikTok post, but she did in fact help Jenelle out when she landed into some trouble several years back.

In 2011, Jenelle was reportedly arrested for violating her probation. She was sentenced to 12 months probation at the time after she pled guilty to possession of drug paraphernalia.

According to InTouch, after Jenelle was arrested, Kail sent her $150 so she could post bail. While the girls had a friendship at the time, things quickly took a turn for the worst and they have been feuding ever since.

Kail and Jenelle have gone after each other several times over the years. They’ve argued at reunions and fought with each other on social media.

At one point a few years ago, things got especially heated after Jenelle and her mother joined an Instagram live with Briana DeJesus. During the live, Kail’s name got brought up and Jenelle’s mom, Barbara, said, “F**k Kail, I’ll kill her.”

Jenelle claimed the comment was made in a joking way but Kail didn’t see it that way. Kail told MTV producers that she wouldn’t film until the issue was taken care of.

After going back and forth several times, Kail took the high road and sent Jenelle her hair care products as a peace offering. Jenelle then posted a video to social media of her burning the gifts Kail sent her.

Following Jenelle’s video, the girls have continued to throw jabs back and forth any chance they can get over the last couple of years.

Kail’s TikTok video is the latest in shade thrown between the former costars. Even though Jenelle is no longer a part of the Teen Mom franchise, but it doesn’t look like the feud between the girls will be over any time soon. 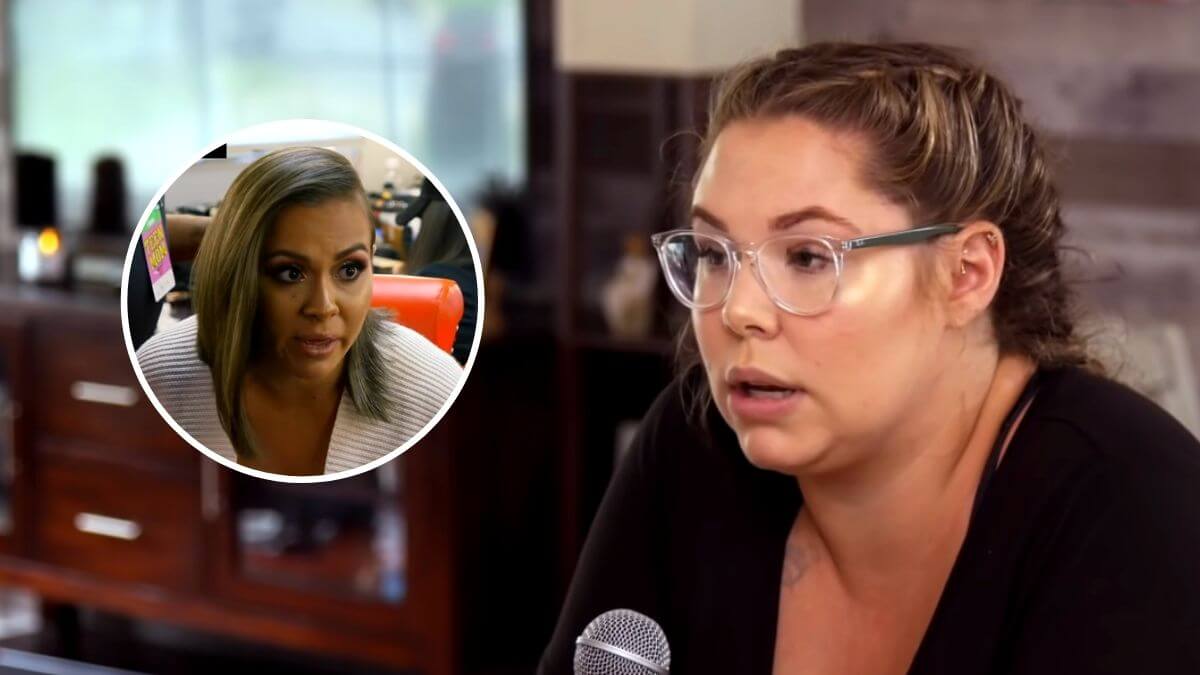 Kail Lowry calls out Briana DeJesus for clickbait, says she and Devoin are not in a relationship
RELATED POSTS