Despite having been out of the Bachelor Nation spotlight for quite some time, she’s still communicating with them.

After she went on The Bachelorette, Hannah proceeded to win Dancing With The Stars and if it hadn’t been for the coronavirus pandemic, Hannah would have gone on the road to dance with the cast.

And since she doesn’t appear to have a job these days, fans are curious as to what she’s doing.

Edited out! When episodes of The Challenge: Spies, Lies & Allies arrive, viewers may not see one...

Well, this week, Hannah revealed how she’s making some money.

Hannah Brown is following the influencer route after The Bachelorette

Hannah has apparently followed in the footsteps of many other Bachelor Nation stars. She is now an influencer, selling products online to get a fraction of the sale.

This week, Hannah shared a video of her promoting the Real Home Chef meal kit. She revealed she was making the fondue chicken from the company’s Fresh Start Menu. 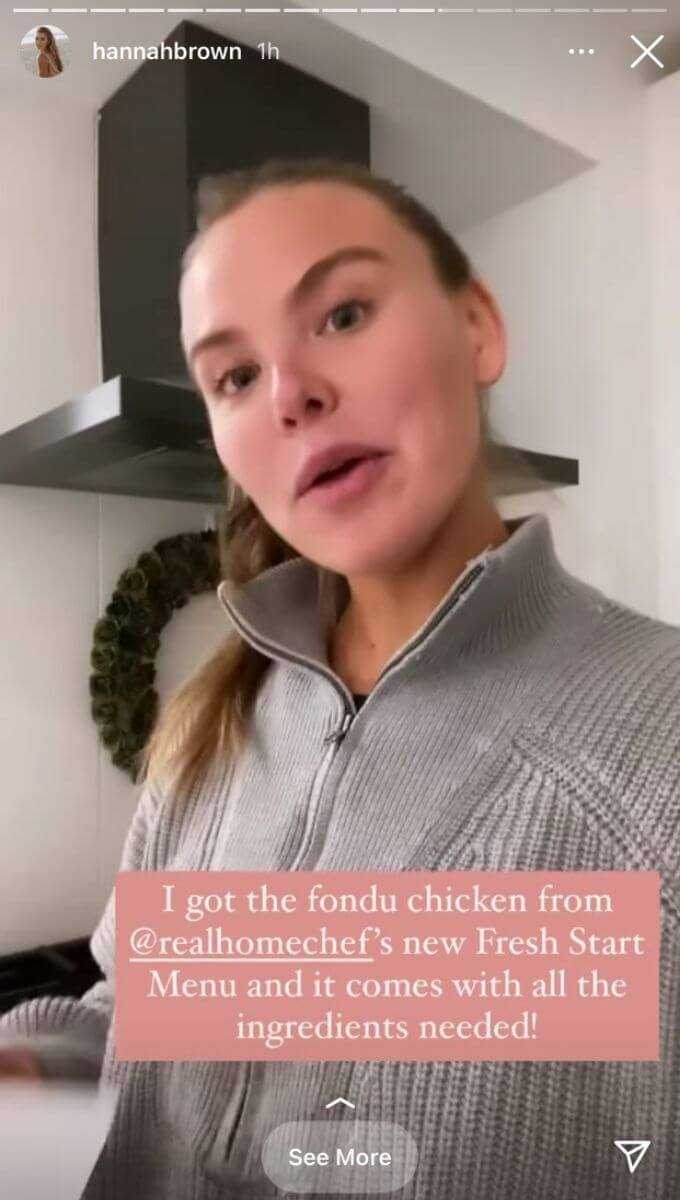 Fans can use her code and get $90 off, which means people get 10 meals for free. This is the first time that Hannah is doing an advertisement in this manner.

It appears that this is just the next step in her attempt to stay relevant online and make money from her social media content.

So far, Hannah has opened up about her dating life, her relationship with Tyler, and more recently, her acne problems.

People often joke that people go on The Bachelor in hopes of landing influencer gigs, including partnerships with Hello Fresh and FabFitFun.

Only a few leads go back to their old careers after being on the show.

She has since moved to California, but it doesn’t appear that she has taken her passion for interior design with her.

Hannah hasn’t revealed what she’s doing now for money. Given the state of the country, it makes sense that she’s not looking for work. Instead, she’s staying safe at home while possibly waiting to hear if she’ll be going on the road with Dancing With The Stars again.