Chantel and Pedro have been a fixture as far as 90 Day Fiance cast members, having joined the franchise during Season 4 of the show and then returning for three consecutive seasons of 90 Day Fiance: Happily Ever After? to continue their dramatic story.

The pair have managed to stay together for more than four years despite some pretty shocking situations. From blazing arguments to shocking family fights, it seems more viewers are rooting for their break up than for Chantel and Pedro to stay together.

In no particular order, here are some of the Chantel and Pedro moments that made them fan favorites – at least when it comes to the couple that everyone loves to hate – out of the entire 90 Day Fiance franchise.

We’re definitely not starting at the beginning with this one but one of the shocking moments in Chantel and Pedro’s relationship came at the end of Season 3 of 90 Day Fiance: Happily After After? when Pedro came across the Thanksgiving table to get to River.

In his defense, it wasn’t entirely Pedro’s fault, which is something that Chantel can’t seem to admit. After all, her family was picking at him and arguing with him to the point where most partners might lose their cool. But when Pedro did finally lose it, he lunged at River and broke a light in the process. That’s not a great way to make nice with the in-laws.

Again, this is a recent reason to think Chantel and Pedro are the absolute worst but it’s not the first time Pedro’s sister has been way out of line and he didn’t do anything to set her straight. When Nicole set Pedro up with Coraima and then egged him on to go over the line and disrespect his wife, that was pretty low.

What was even lower is the fact that Pedro got drunk and danced inappropriately with his sister’s friend and they lied to Chantel about how he knew her.

This comes as no surprise though, because Pedro has a history of letting Nicole disrespect Chantel. We still haven’t forgotten about the time she came to visit them in Atlanta and threw a fit because she didn’t want to sleep on the couch.

Chantel your whole family is rude and disrespectful to Pedro! Stop it! #90DayFiance pic.twitter.com/XSx8KStbFa

How can you not feel sorry for Chantel when Pedro lets loose with Coraima? With Pedro’s sister trying to lead him down the wrong path and Pedro willing to go right along with it, her biggest fears really were coming true. That seems to justify her surprise trip to the Dominican Republic, but even with Pedro caught on camera being bad, it doesn’t look like she’s ready to walk away.

Going all the way back (okay, not all the way) but back when they were still sort of new in the 90 Day Fiance world, Chantel’s family headed to Puerto Rico to celebrate their wedding for the second time. At the dinner, Pedro’s family served a meal of chicken feet and it didn’t go over well when Chantel’s family refused to eat it.

We can imagine that a lot of Americans wouldn’t be excited about that particular dinner, but, unsurprisingly, it caused a fight. That was just one of the times that Pedro’s family sparred with Chantel’s family and things only got worse from there.

And if we’re picking sides, in this particular case, we’d definitely be Team Chantel because chicken feet does seem pretty unappetizing and also because it was noted that Lidia and Nicole didn’t eat them either.

This really seems like something they should have worked out before they ever got married but one of the ongoing arguments between Chantel and Pedro is centered around money. Specifically, the money Pedro sends home to the Dominican Republic for his mom and sister every month.

The 90 Day Fiance couple lives in a modest apartment as she works her way through nursing school but Lidia and Nicole are living in luxury compared to the way things were before their brother got married.

Pedro needs to stop sending them tv's, dresses and rent money until they learn how to respect his wife. that will wipe his mother/sister smurks of their faces. those two oooze "he'll always pick us first before you" vibe. #90DayFiance

Both families are just too involved

For a couple that doesn’t rely on the financial help of their family (we’re looking at you, Andrei and Elizabeth), Chantel and Pedro’s families are very involved in their business. So much so that it puts their marriage at risk. The fact that neither Pedro or Chantel will admit that their relatives are ruining their relationship makes it even more obnoxious.

Oh man y'all…I might have to change my mind…I think Pedro and Chantel might actually love each other. Oh god…they're kinda cute. Am I…rooting for them? #90DayFiance #90DayFianceHappilyEverAfter pic.twitter.com/Yb9ZpYjnDV

Now we can see more of the crazy couple with The Family Chantel, where they will continue giving an inside look at their dysfunctional families and keep viewers scratching their heads as we wonder why they haven’t called it quits yet.

The Family Chantel premieres on Monday, July 22 at 10/9c on TLC. 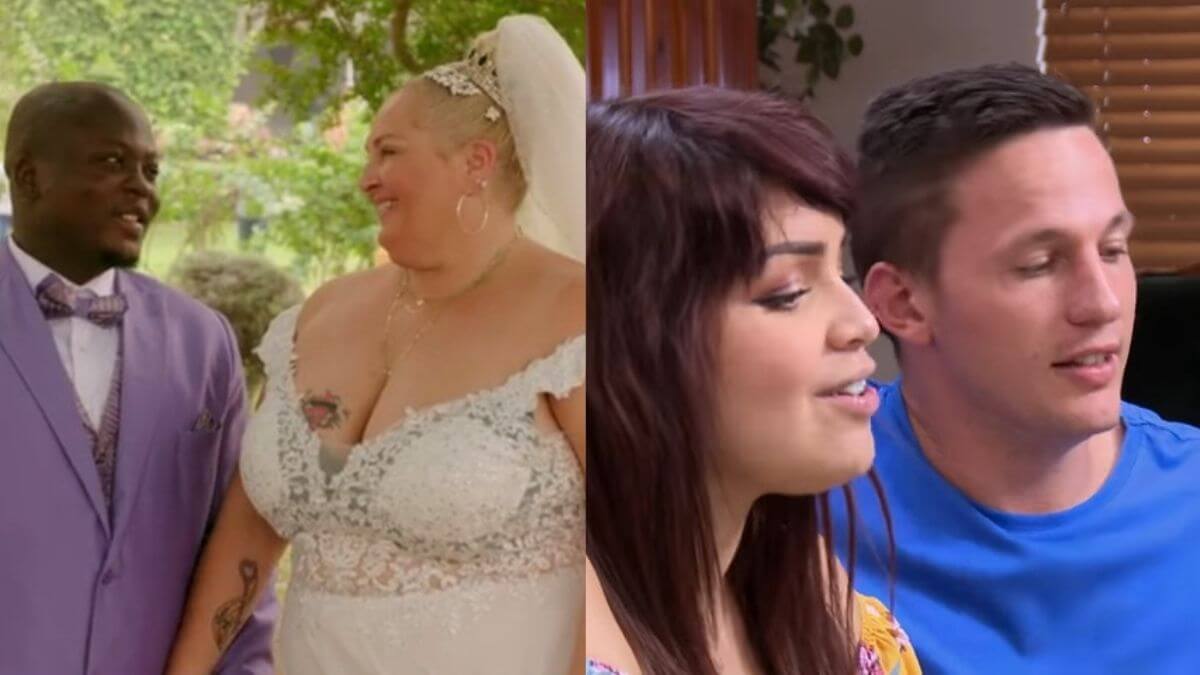 90 Day Fiancé: Who will be the three remaining mystery couples on the upcoming season of Happily Ever After?
RELATED POSTS