Andy Cohen had quite the surprise for TV viewers during a recent episode of Watch What Happens Live.

As a matter of fact, he might have just made history on the late-night show.

And to help him create the epic moment was former Below Deck chief stew, Kate Chastain.

The 37-year-old has given up the yachtie life but, she’s been watching and commenting on the current season of Below Deck Mediterranean.

So when Andy introduced her during a segment of the show, viewers were happy to hear what the reality TV star had to say.

Kate appeared on the show to deliver the Moment of Mazel, which is a staple segment on WWHL.

The theme for Kate’s mazel was how to throw a quarantine party.

In the video, the former chief stew was all dressed up and ready to party–decked out in jewelry and a fancy outfit with a glass of wine in one hand.

Kate then gave her introduction to the segment, saying, “Hi guys, it’s Kate Chastain, and these are my tips for how to throw yourself a quarantine party.”

“First of all, a glass of wine makes everything festive, but also dress up!”

She added, “Put on makeup, curl your hair, put on a cute outfit. If you look good, you feel good.”

The blond beauty continued to share her quarantine party tips saying, “And what’s a party without some food? I like to get mine delivered.”

Just then, Kate’s doorbell rings and interrupts her speech. Kate chimes in, “Actually, it just arrived, and you always wanna look cute for your delivery person.”

The former Below Deck star got up to answer the door, and that’s when we got the major shocker.

Her bare butt was out for the world to see.

As she walked away from the camera to answer the door, the video ended.

That’s one mazel we never saw coming, and fans didn’t see it coming either, but they absolutely loved it.

The comments kept rolling in as Twitter users declared how funny they found the clip.

“That was hilarious! I actually laughed out loud. I needed that, thanks Kate!” said another.

Bravo housewife, Deandra Simmonds from the Dallas franchise, also found humor in the video commenting, “Haha I love you @Kate_Chastain.”

Check out the funny WWHL moment below.

Don't be tardy for the socially distant party! Here's @Kate_Chastain with tips on how to throw yourself the best quarantine celebration! #MomentOfMAZEL pic.twitter.com/ASTu4aMsBj

Below Deck: Mediterranean airs Mondays at 9/8c on Bravo. 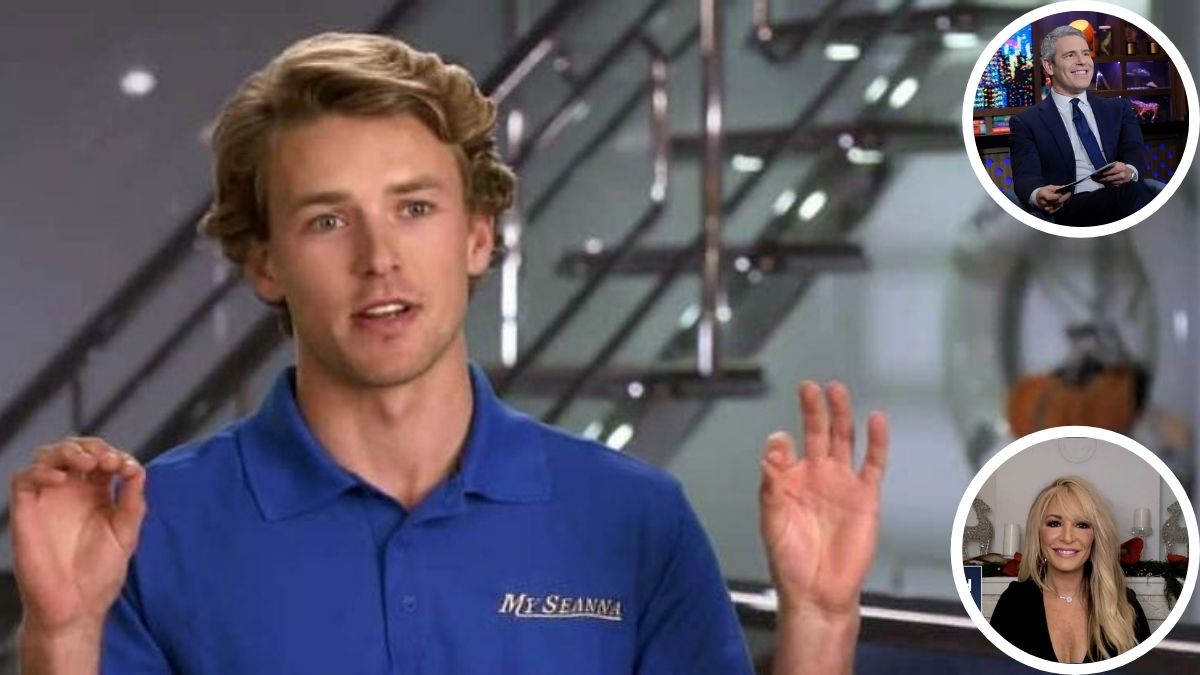