The team of special agents, based in Washington D.C. Navy Yard, is tasked with investigating major crime cases — drug trafficking, smuggling, homicide and terrorism — involving members of the U.S. Marine Corps, the U.S. Navy, and members of their families.

The TV series, which attempts to deliver a true-to-life portrayal of police investigative procedures involving forensic science, evidence gathering, interrogation of suspects, autopsies, and legal issues in police investigations, premiered on CBS in September 23, 2003, and is currently among the longest-running scripted primetime TV series in the U.S.

NCIS also ranks among the most-watched TV series, with season 15 averaging a 1.41 rating in the 18-49 demographic, and a total of 13.05 million viewers,  down by 18% and 11% respectively compared with the previous season 14. The show has also spawned two spinoffs, namely, NCIS: Los Angeles and NCIS: New Orleans.

Here is everything you need to know — release date, cast, trailers and plot — ahead of the air date for season 16 of NCIS.

CBS confirmed last April that it has renewed NCIS for season 16 to air during the 2018-2019 TV season, but no premiere date was announced at the time. However, fans assumed that the new season would premiere in September, like the previous seasons. The assumption was eventually proved right when CBS announced  on July 9, 2018, that NCIS season 16 would start on Tuesday, September 25, at 8/7c.

Mark your calendar for the season premiere of #NCIS, September 25 at 8/7c on @CBS! pic.twitter.com/giyMEPwvvr

Actor Brian Dietzen later confirmed in a Twitter update on July 16, that filming of the new season had started.

These are going on now.

The confirmation that CBS has renewed NCIS for season 16 came amid persistent rumors that the show would be cancelled after season 15. The rumors had been swirling since  since Cote de Pablo, who played the Israeli agent Ziva David, left in season 11, and Michael Weatherly, who played Tony DiNozo, left in season 13. Many fans were upset about the departure of the two actors and felt that the show had lost steam despite the introduction of new characters and fresh storylines. For some fans, the more recent news of the departure of Pauley Perrette (Abby Sciuto) was the last straw.

The renewal of NCIS for season 16 makes it the latest show to return to CBS for a new season after the Chuck Lorre sitcoms, Mom, The Big Bang Theory and Young Sheldon. Others CBS shows renewed for a new season include the upcoming 13-episode Murphy Brown revival, Dick Wolf’s FBI, Benjamin Cavell’s SEAL Team and S.W.A.T.

Mark Harmon is set to return for NCIS season 16, after CBS Television Studios announced in April 2018 that he signed another two-year contract to reprise his role as the main character, special agent Leroy Jethro Gibbs. Harmon also serves as the show’s executive producer and continues as executive producer for two spinoffs of the show on CBS, namely, NCIS: Los Angeles and NCIS: New Orleans.

The new deal effectively confirmed that CBS was renewing NCIS for the 16th season.

“We’re thrilled he is returning as the centerpiece of the show,” Kelly Kahl, CBS Entertainment president, said in a statement, according to Hollywood Reporter. “We could not be more excited for ‘NCIS’ 16th season.”

Harmon reportedly received a salary increase with the new deal, his third with CBS. The salary bump further establishes him as one of the current highest-paid TV actors, reportedly earning about $19 million a year, according to a September 2017 survey by Forbes. Harmon  is the fifth highest-paid male TV star, only behind Big Bang Theory actors, Jim Parsons, Johnny Galecki, Simon Helberg and Kunal Nayya, the Forbes survey revealed.

Pauley Perrette first confirmed rumors that was quitting her role on NCIS as Abby Sciuto in a message posted to her Twitter account on October 4, 2017, while that 15th season of the series was still running. Perrette’s exit after season 15 wrapped up on May 22, 2018, followed NCIS enlisting Wilmer Valderrama as Nicholas Torres for season 14 last year, and signed a three-year deal with Maria Bello (Dr. Jacqueline Sloane) in July 2017. It also came after Cote de Pablo (Ziva David) and Michael Weatherly (Tony DiNozo) left in season 11 and 13 respectively, leaving a few actors, such as Harmon and David McCallum, as the only original series regulars.

So it is true that I am leaving NCIS…
There have been all kinds of false rumors as to why (NO I DON'T HAVE A SKIN CARE LINE… pic.twitter.com/gugM2a2ckT

Widespread disappointment about the exit of so many of the show’s original series regulars was reflected in rumors and speculation about their return. Recent rumors, after season 15 wrapped up, that de Pablo and Weatherly would return in season 16 as Ziva and Tony respectively, only revived previous speculation that Ziva might have survived the mortar bomb attack in which she was supposed to have died.

Unlike Ziva, Abby’s (Pauley Perrette) exit was not due to her character dying or supposedly dying. Abby’s decision to leave NCIS was tied to the circumstances of Clayton Reeves (Duane Henry) death, although in real life it was due to Perrette’s decision to leave the show after being part of it for 15 seasons. News that Perrette was leaving NCIS sparked rumors and speculation as fans sought to know why she was leaving. One rumor claimed she was starting a new skin care line, while another claimed she fell out with the producers. However, she denied the rumors in the October 4, 2017 tweet in which she confirmed that she was leaving NCIS.

The fact that Perrette’s exit was not due to the death of her character has encouraged many forlorn fans to hope for her eventual return to the series, even after she was replaced by a new forensic expert Kasie Hines, played by actress Diona Reasonover. However, it seems unlikely that Perrette’s return will happen anytime soon because she had enough time to think over her decision before making it final and public. But some fans have suggested that her character Abby could remain part of the show if the storyline allows the characters to keep in touch with her. That way we may learn about what she’s been up to and how she’s been doing since she left NCIS.

On the heels of the news of Perretta’s departure came news that Reasonover had signed up as a new series regular for NCIS season 16. Reasonover’s character, Kasie, had guest-starred in a number of episodes, after her first appearance with Abby in the forensic lab in season 15, episode 17, titled One Man’s Trash.

NCIS was created by Donald P. Bellisario and Don McGill, and first aired on CBS on September 23, 2003.

No plot details about the upcoming season have been made officially available at this time. However, fans are anticipating that NCIS season 16 will pick up from where the previous season left off. Based on the cliffhanger ending of the finale of season 15, when Director Leon Vance (Rocky Carroll) was kidnapped by Nigel Hakim (Pej Vahdat), Special Agent Gibbs will likely be on a mission to save his director’s life.

However, help may not come quickly as Gibbs and his team were not aware that Leon was in danger. The first episodes will probably reveal how they learned that Leon had been kidnapped. Gibbs seems best-suited to come to Leon’s rescue, especially after declaring that he was not interested in becoming the  director in place of Leon.

Special Agent Jacqueline Sloane (Maria Bello) may also get the chance to help save Leon’ after he led the mission that rescued her when she was kidnapped and held captive during her deployment in Afghanistan.

Some fans speculate that Leon’s situation could lead to Rocky Carroll’s exit from the series. But regardless, fans will miss Abby, although her loss is mitigated by the fact that Gibbs is still in the series.

CBS has not yet released the trailer for the sixteenth season, but it will likely come out in the next few weeks. We will update our readers as soon as the trailer becomes available online.

Should NCIS end after season 16?

Some fans are actually advocating for NCIS to end after season 16, citing the exit of original cast members and their characters, such as Michael Weatherly (Tony DiNozo), Cote de Pablo (Ziva David) and Pauley Perretta (Abby Sciuto), as reason for the suggestion. According to the fans advocating for the show to end after season 16, the series has not been the same and the drama has lost its steam since the depature of most of the original cast members, leaving only Mark Harmon as Gibbs, David McCallum as Mallard, Sean Murray as McGee, and Brian Dietzen as Palmer.

Those advocating for the show to end after season 16 insist that fans are losing interest and that it is better for NCIS to “go out now with a bang,” rather than drag on boringly for more years. Despite the argument that the show should save itself from an ignominious future ending by ending now, many TV pundits insist it is unlikely that viewership would fall this season to a level that warrants the show’s cancellation. But it is widely speculated that the creative team will decide soon enough to end the series. 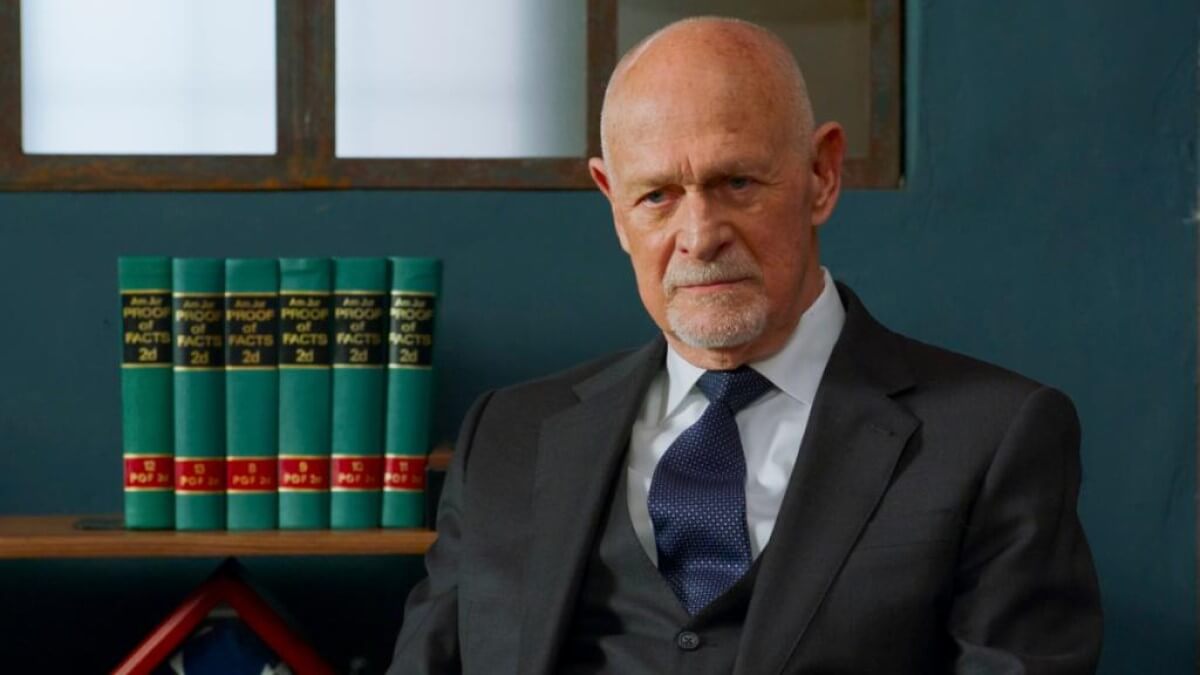 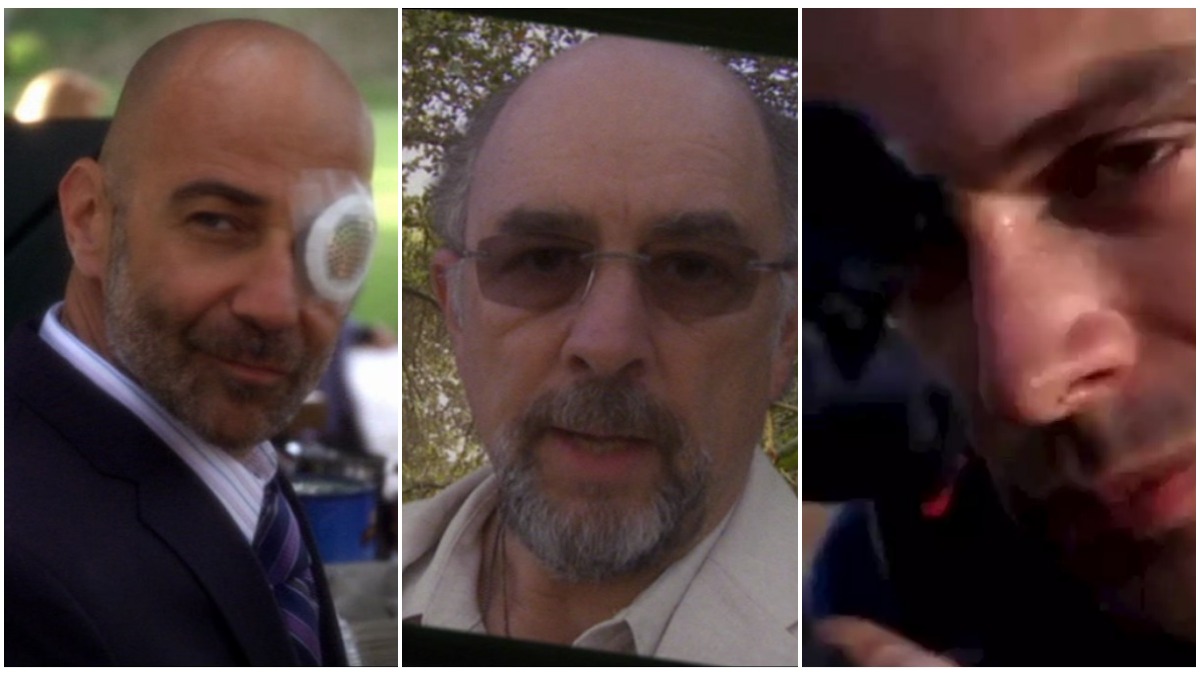