On Wednesday night, MTV’s The Challenge: War of the Worlds episode 15 introduced the competitors to The Death Path.

That’s the latest finals in which the contestants are moving through a grueling course that spans 50 miles. There’s $750,000 up for grabs, so the remaining competitors better bring their “A-game” to the fight.

The Pain Locker brings finalists to start of Death Path

Turbo trained while Wes talked to Georgia and Theo about what the finals are like. Soon, TJ arrived via helicopter and then “The Pain Locker” truck came to pick up the competitors to transport them to the finals.

TJ gets a helicopter, and The Finalists get… Well, this. The "Pain Locker." 💀 #TheChallenge33 pic.twitter.com/mw4rr0bElj

Once they arrived, TJ informed the competitors they’ll be competing over 50 miles on a course known as “The Death Path.” Whichever competitor has the best time over the course will be crowned champion and gets all the money.

By the way, TJ mentioned Kill Zones will be part of this course. The first part of the finals involved running and biking a figure eight path to five checkpoints to complete puzzles.

Theo gets to the first checkpoint followed by Wes. Meanwhile, Georgia is having a tough time on her bike pedaling in the sand and ends up collapsing to the ground as Natalie passes her.

Medics arrive and load her onto a stretcher and into an ambulance to try to help her out. They determine that she’s medically ruled out. So Georgia is officially out of the running.

Each of the competitors at the checkpoints, but Cara and Mattie are last. That means they have to keep doing their laps as all the checkpoints are taken. Everyone completes at least a checkpoint except for Wes who timed out.

They all take off for their laps except Natalie who decides to stay around and try another checkpoint. She times out, though.

Turbo is the next competitor to go down on the path. He’s experiencing unbearable pain in his left leg and seems unable to continue. Could it be due to the fact he was running intensely on a treadmill a day or so before they embarked on this final?

Turbo forces himself to continue despite the pain. Mattie is the next one who needs to stop after 12 miles of running and biking. She pushes forward and gets back to the checkpoint for another puzzle.

Wes is also there. Meanwhile, Hunter is down to crawling as he tries to complete his lap. Theo completes his second checkpoint and starts running.

Natalie stops to get medical help. The medic tells her everything is functioning fine so Natalie gets up and starts back on her bike. Wes and Cara time out on their latest puzzles. Hunter, Mattie, and Turbo complete theirs.

Mattie and Cara try another puzzle each, but they both time out. Theo continues to show he’s the leader as he completes his third checkpoint of five. That’s more than anyone else so far.

Mattie stops during her laps and sits on the course in the sand. Ultimately, TJ comes up to her and asks if she can’t continue. With tears in her eyes, Mattie says she can’t go on.

TJ tells her she’s a great competitor but needs to stop smoking. Mattie is escorted away and she’s now out of the finals.

Another one bites the dust 👋 #TheChallenge33 pic.twitter.com/WpWcYctdYK

Wes and Cara Maria time out again on their puzzles. Theo sets the bar at five hours 34 minutes after his fifth and final checkpoint plus all his laps are done. Wes is second followed by Turbo.

Hunter declares “F–k the puzzles,” as he declares those are his archnemesis in these challenges. Ninja gets fifth place, while Cara is next. That leaves Hunter in sixth place with a time of seven hours and three minutes.

The competitors finally rest a bit now that the first leg of this grueling Death Path is over. As night arrives, TJ is back to bring some surprising news.

He announces Theo, Wes, and Turbo are the top three. Next, he tells them it’s time for another Tribunal, shocking everyone.

Theo and Turbo: Man, this Tribunal is savage.

Before the Tribunal happens, the competitors head back to the Pain Locker. There are hanging IV bags inside with nourishment for the exhausted finalists.

Everyone is ecstatic for the “pick me up,” except for Cara Maria. She has an extreme fear of needles and starts freaking out. She opts to not have one injected in her veins, but everyone else takes advantage.

We end as the Tribunal begins. It’s time for another elimination. Who will go home and who continues? Who will win all the glory?

MTV’s The Challenge: War of the Worlds will return with part two of the finals next Wednesday at 9 p.m. Eastern Time. 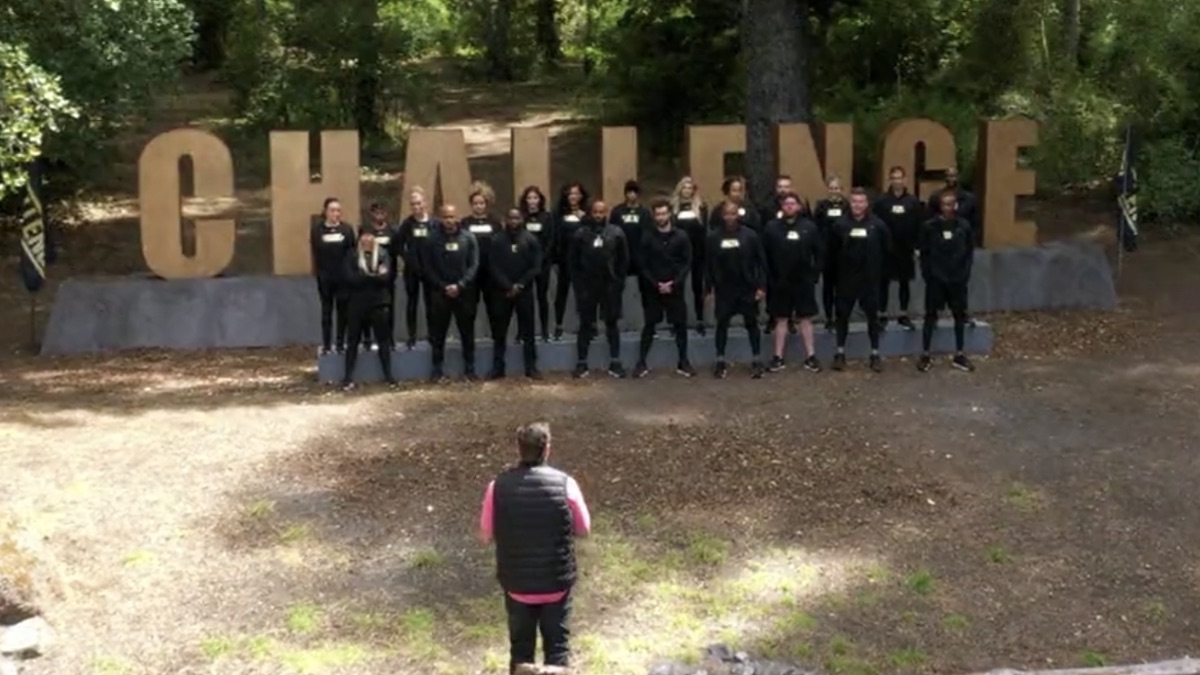 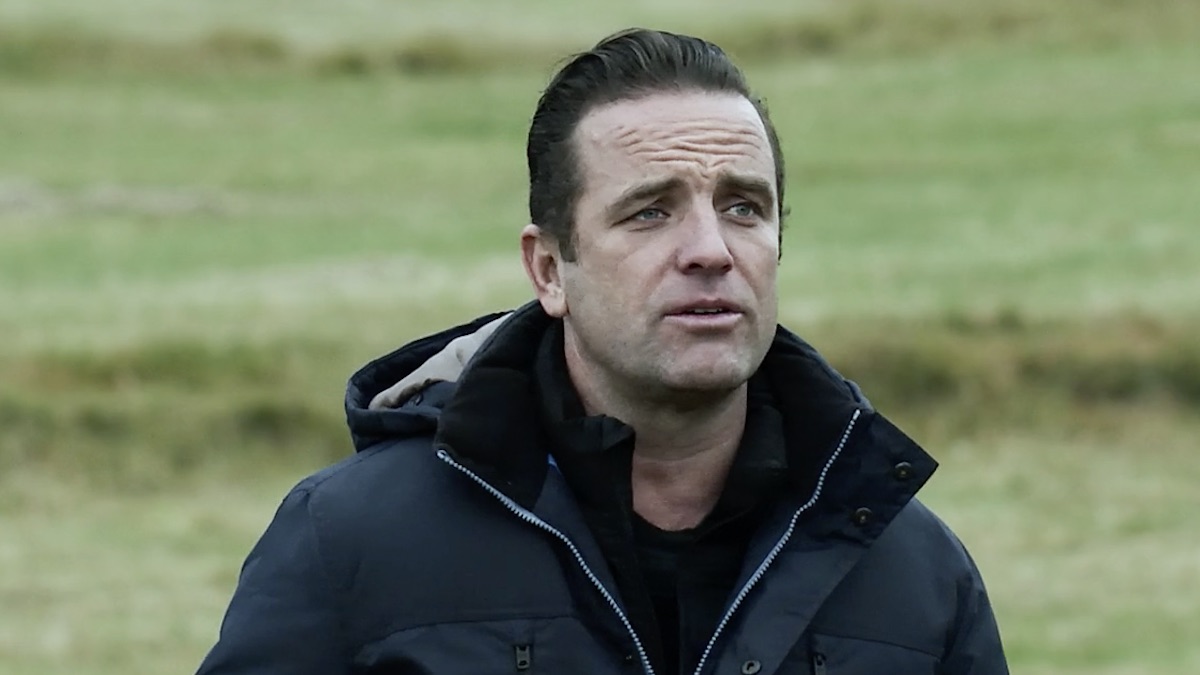 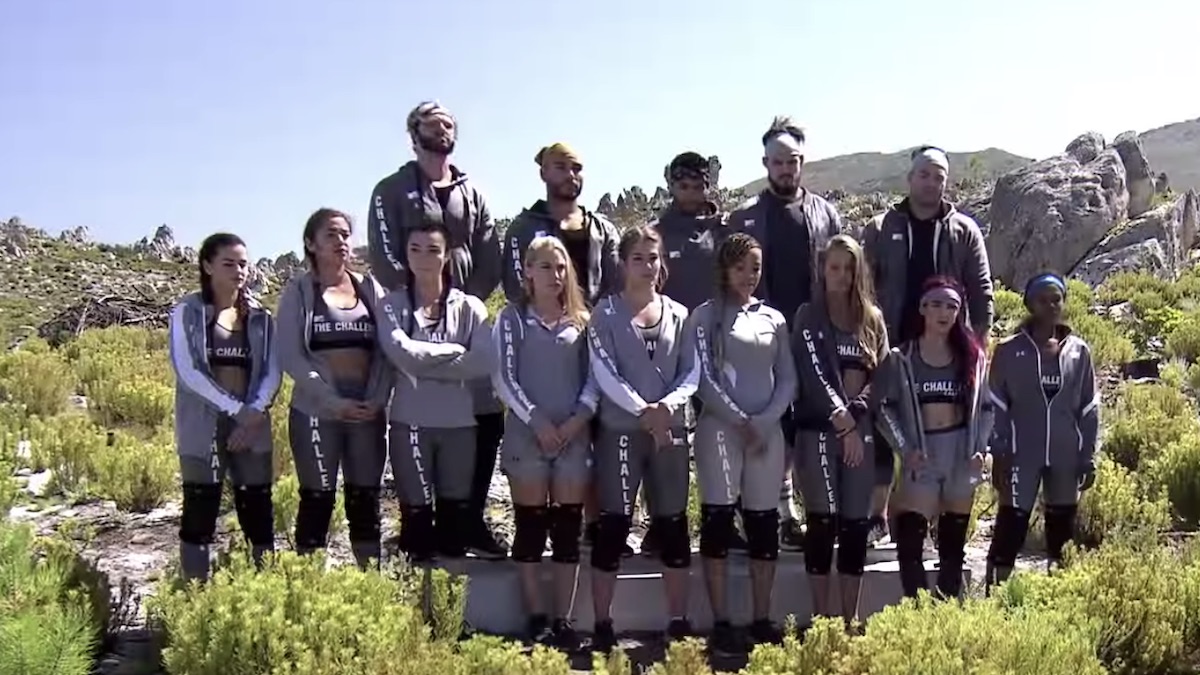