By the end of the episodes, Benson was laid up, and the team was down two members, which will have dramatic repercussions for the rest of the year.

Benson was in danger in Part 1

The first episode, And The Empire Strikes Back, began right after Fin’s aborted wedding. Rollins and Carisi were keeping up their hot kisses in a courthouse, musing on how it felt to get together after several years of bantering.

Benson was driving for a meeting between Catalina Machado (Zabryna Guevara), Carisi and federal attorneys. She was talking to Stabler about the party when a car came up behind her and ran her off the road. Benson recovered with Stabler dressed as a paramedic helping her to the ambulance.

The next day, Benson was back in the office and brushing off the concern of the others. The working theory was a drunk driver, but they all suspected it was something else.

Benson and Garland then met with ComStat as Chief McGrath (Terry Serpico) pressed how Congressman Howard (Ben Rappaport) was being named as part of this trafficking ring. McGrath was eager to bust Howard while Benson wanted to wait to get more evidence.

Catalina met with Howard with Catalina covering for her arrest by claiming to be visiting her mother. Howard made it clear he wanted to see Rosa (Angelic Zambrana). McGrath told Benson he was putting an undercover cop into this against Benson’s wishes.

The team learned that many of the other women involved in the ring are refusing to talk. Kat went to see Rosa to push her to testify, promising they would protect her but was unsure she could keep her word.

The team watched a video of Howard and aide Ortiz (Ryan Garbayo) talking about using young girls. McGrath wanted to move in immediately, ignoring Benson, Garland and Carisi all saying the D.A.’s office wanted to wait.

Benson then talked to Internal Affairs over Sgt. Bell shooting corrupt cop Morales in the Law & Order: Organized Crime Season 1 finale. Benson suspected she’d been lured there by Richard Wheatley (Dylan McDermott) and that he may have been behind her “accident.”

Benson was ready to take part in the bust of Howard, but when her leg acted up, Fin drove her right to a hospital. The team watched Howard do a big speech and then hit on some attractive women later. He was introduced to Danny Quinones, AKA “Q”, a media influencer promising a big donation for Howard’s campaign.

Howard and Q headed to a party with several young women. One named Jenna (Isabelle Poloner) drank from a drugged cup as Howard brought her to a side room with her begging him to stop. That’s enough for the team to move in and arrest Howard literally with his pants down.

Quinones accuses Howard of setting him up but as soon as Howard is out of the room, he reveals he’s actually undercover cop Joe Velasco (Octavio Pizano), who McGrath sent in.

Benson (now with a leg in a cast) tells McGrath they’re maintaining Velasco’s cover, putting him in the same cell with Howard, with Velasco doing a great job acting like he’s in as much trouble as Howard. Jenna tells Rollins and Kat that she met Howard during a class trip to Washington and refuses to say anything bad happened with Howard.

Meeting with Benson and Carisi, Howard actually tries the “her ID said she was 18” defense, and his lawyer/fixer, Myron Gold (Glenn Fleshler) says “they’re done” as Howard claims this is all a witch hunt by his political enemies.

The judge shuts down Gold’s grandstanding at the arraignment to order Howard to give up his passport. Benson joins McGrath for a press conference on the arrests…which shocks Garland as he had no idea this was happening. Garland meets with Benson to say McGrath claimed this was all a “miscommunication,” but both realize there are some political games going on.

The team runs through the testimony of Catalina, Ortiz, Paulie and others to ensure the case against Howard is solid. Carisi meets with Howard, who arrogantly proclaims that “I’m going to be President” and “won’t let a bitter woman cop who’s spent her life getting back at men” stop him, threatening both of their jobs.

You Might Also Like:  Law & Order: Special Victims Unit recap: Carisi clashes with his own bosses to help a victim

Carisi and Benson overhear a “talk” where Gold actually slaps Howard in the face, amused the two are at odds. Rollins is pressing Carisi to take a break as he asks her out for dinner as “Howard is a dead man walking,”….and then their phones go off.

Ortiz? Dead in his bathtub. Paulie? Beaten in prison while a guard stands outside the room. Catalina? Thrown off the roof onto a car. Rosa gets a phone call and looks outside to see some men coming to her apartment so she grabs her son to run.

The search begins with Kat in danger

The second episode, Never Turn Your Back On Them, began with the news reports claiming Machado committed suicide, but the gang figured Howard was covering his tracks.

Kat raced to find Rosa, who refused to testify, while Velasco joined Rollins heading to Jenna’s room as her parents came home to find Jenna had fled. Howard brushed off the deaths as caught up in the attempt to frame him with McGrath more concerned about his public image than the case.

Velasco managed to get in contact with Jenna, which led them to a crack den. As Kat was checking the rear, she was shot, with one bullet getting under her vest. She appeared to flatline in the ambulance but luckily pulled through.

Jenna fled to the roof with Velasco talking her down by relating he’d grown up with a drunken and abusive father and finally fought back to have him arrested. He confessed to Rollins his dad hadn’t been that bad but clearly more to the story.

At the station, Jenna’s father refuses to admit anything bad happened to his daughter and refuses to let her testify. Meanwhile, in her hospital bed, Kat mused to Fin on how she wasn’t sure if they were truly making a difference but cheered up by her girlfriend Celine visiting.

You Might Also Like:  Christopher Meloni and Mariska Hargitay troll Law & Order fans with a steamy photo

Velasco interrupted with a bombshell from Jenna’s mother: Howard had gotten Jenna pregnant at 15 and her mom saved the dress. Someone drove her into the city to get an abortion which soon put Jenna on a dark path.

Howard brushed off the accusations in interrogation but was honestly shocked to hear Jenna had an abortion (“I always pull out!”). It was Gold doing this and openly calling Howard a complete idiot, with Howard firing back that Gold was really the one involved in all this and he was just a puppet (which the gang easily believed).

Benson and Stabler talked to McGrath on how Gold had his files encrypted, and he was much smarter than Howard to cover his tracks. Gold offered to give up files on everyone from “Hollywood royalty to real royalty” among other power players in exchange for a deal.

To the outrage of Carisi, Garland, and McGrath, the U.S. Attorney’s office decided to completely ignore Gold and only charge Howard with the trio suspecting they were afraid of angering the powerful people Gold had dirt on.

Kat, on a cane, came to see Benson and confessed she had to leave the unit. As much as she loves the work, she couldn’t handle that “things never change” with the NYPD and can’t put twenty-plus years into it like Benson. Benson understood and bid Kat farewell on good terms.

Benson visited Garland to find him packing up his office as he bluntly said they were “losing the war.” McGrath hung Garland out to dry at a board hearing, with Garland finally having enough to quit.

As the icing on the cake of a very lousy day, Benson learned that McGrath was now their Deputy Chief with his mantra that they had to only focus on cases they could prove and not “he said/she said” accusations. Despite Benson snapping she’d never turn her back on a victim, it was clear a new status quo was about to take hold.

In two hours, the SVU team was put through a wringer with a few stunning losses and the indication things are only going to get rougher as the season goes on.

Benson could be in danger when Law & Order: Special Victims Unit returns 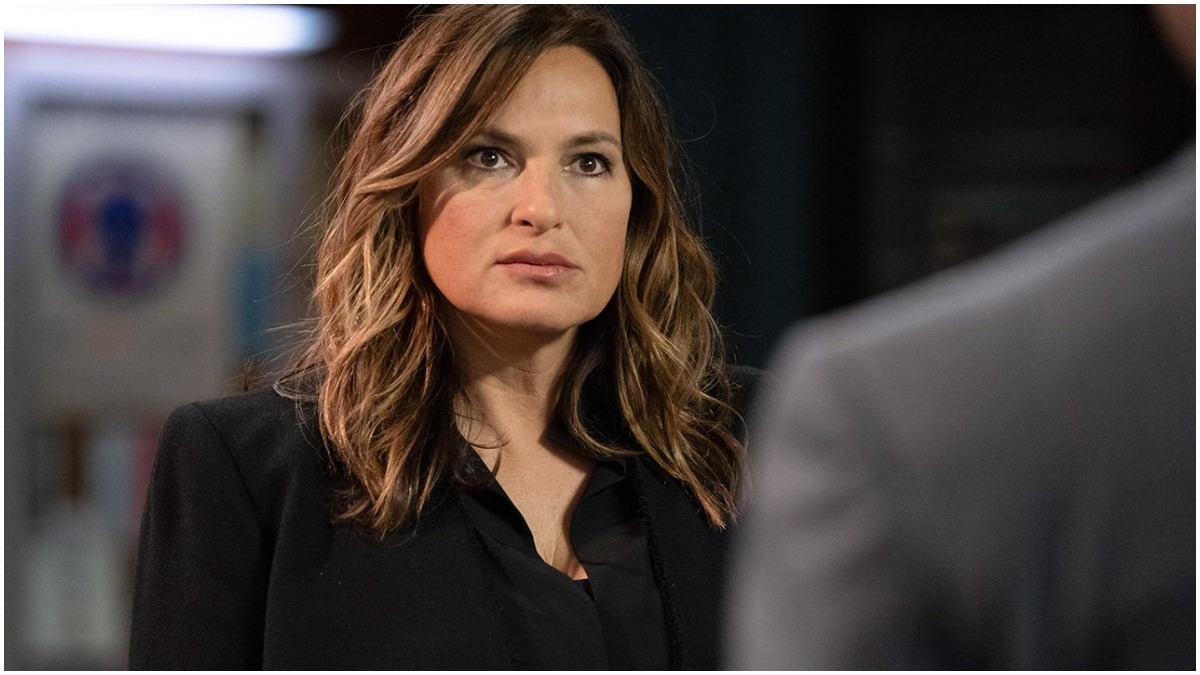 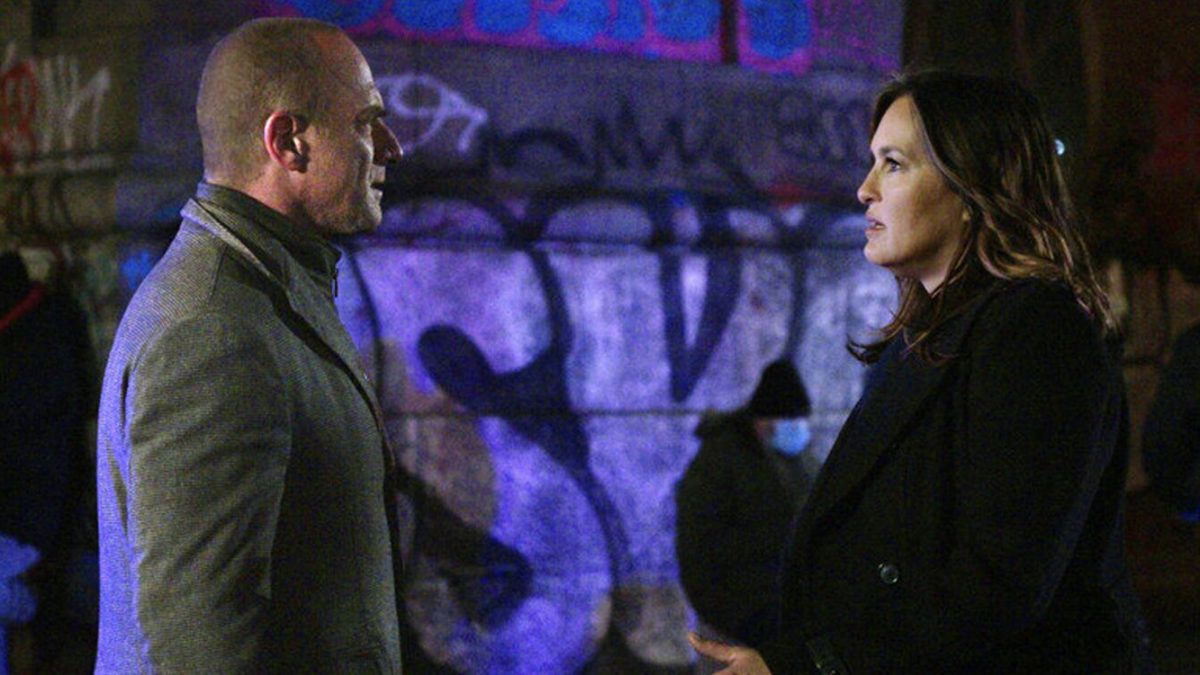