Kateri and Jay Schwandt are the parents of 14 sons and the family is featured on Lifetime’s special, 13 Sons and Pregnant. The family lives in Rockford, Michigan, and their story was shared on Lifetime as part of their Real Love programming.

There’s much more to this family than fans saw on the show. During the special, Kateri gave birth to the couple’s 14th child.

The couple chose not to learn the sex of the baby early, so they learned they were having another boy when she gave birth back in April, the time when the special was filmed.

But Jay Schwandt revealed that he had hoped for a baby girl, even though they weren’t too surprised when she gave birth to a boy. They named him Finley Sheboygan – Sheboygan — as in “she is a boy again.”

“We’ve got all boys, so it’s what we’re used to. It would’ve been nice to have a girl, but we’re super excited to have another boy. Some of the boys were hoping for a little sister, and some were rooting for another brother. I was pulling for a girl,” Jay told People magazine after welcoming another baby boy.

How old are the members of the Schwandt family?

During his interview with People, Jay revealed that he and Kateri are both in their 40s. Even though they now have 14 children, it sounds like they are now done.

“[Kateri and I] are both in our 40s now so we know we’re coming to the end of this. So when we found out she was expecting number 14, we really relished everything that’s gone along with her being pregnant again thinking this is probably the last time,” Jay revealed to the magazine.

What do Kateri and Jay Schwandt do for a living?

Jay Schwandt works in the commercial real estate business, while Kateri is a stay-at-home mom. Jay’s Facebook page reveals that he studied at the Gaylord High School, at Thomas Cooley Law School, and has worked at Global Land Solutions.

Jay and Kateri had the three oldest boys while they were studying at the Ferris State University. 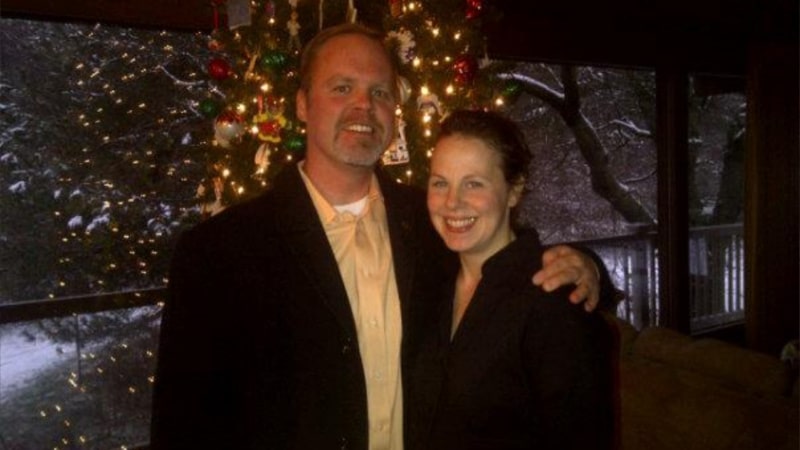 Kateri and Jay Schwandt have known each other for years, as they met while they were both in high school. And even though they have been together for years and have 14 children together, they are still very happy.

“Still married to my beautiful wife of 23 years, Kateri. Try to spend every second I can with my boys. They come to work with me, come hunting with me, go out of town for hockey with me, make dinner with me, and mow the lawn with me. Absolutely livin’ for today, cause you never know what tomorrow will bring!” Jay’s Facebook bio reveals.

And there are more family members joining the family, as their oldest son Drew just became a father. He welcomed his daughter Luciana with his girlfriend, Anelene Mellin. One can imagine she will be spoiled as she’s the first girl to join the family in a long time.

13 Sons and Pregnant is a one-hour special on Lifetime as part of the network’s Real Love programming block.