Tonight’s episode of The Real Housewives of New York City sees the return of original cast-member Jill Zarin, who was fired from the show after the end of Season 4 in August 2011.

But for those in the dark — what has she been up to since she left the series?

Zarin was one of the five original RHONY cast members, along with Ramona Singer (who is the only one to have had a main cast member role for the show’s entire run), Luann D’Agostino and Alex McCord.

When Zarin was let go Bravo said it had been a “friendly departure”.

Andy Cohen, an executive producer on the series, said Zarin, Alex McCord, Kelly Killoren Bensimon and Cindy Barshop, were all given their marching orders after the network listened to fans’ thoughts about the show and due to the need to give the show a new lease of life.

However, Barshop later said the move was made because many of the ladies just really didn’t like each other any more.

Zarin’s main beef has been with Ramona Singer.

It has previously been reported that Zarin was set to return to the series for a cameo role in the 2014 season, but Ramona stopped it happening because of how much Zarin knew about her life.

The pair share a lot of friends so will always be acquainted in one way or another. But Zarin told the Juicy Scoop with Heather McDonald podcast earlier this year that they had an undeniably “love-hate relationship”.

She said: “Ramona and I will always be, unfortunately, connected, because socially, we share a lot of friends. Although, I say to my friends, ‘Why are you friends with her?’ But I’m tired of fighting that battle.”

Zarin hosts a legendary party in the Hamptons last year, and Ramona went last year — although Zarin says she “invited herself”.

Zarin says after that they became closer — kind of — in a “fake and phony” but “all good” kind of way.

But ever since her cameo on the Real Housewives was announced for this season, things have taken a turn south.

An interview Ramona gave where she said she thought Zarin was “desperate” to be on the show again left Zarin fuming, as she saw it as an underhand comment.

It came after Zarin spent the winter helping her husband Bobby Zarin as he battles cancer — and she said the “gloves are off” once again between her and Ramona.

Zarin also spoke about her relationship with the other Housewives in a recent episode of the Andy’s Girls podcast, saying she and Luann D’Agostino are still good friends.

She’s also still friendly with Dorinda Medley – and the trio lunch together when she makes her RHONY return this week.

During her appearance she admits she “kind of misses” the gossip that comes with being on the show.

She appears on it with her husband, and said on her website: “It was a thrill to film again and reminded me how much fun we had back in the day. Bobby and I had a great time, even if only for a moment.”

Since her original departure Zarin has been busy building her own brand which includes home, couture and jewelry lines.

She has also made a number of television appearances including on Celebrity Wife Swap, Fashion News Live and Iron Chef America Countdown.

While appearing on Real Housewives, Zarin co-wrote a book with her mother Gloria Kamen and her sister Lisa called Secrets of a Jewish Mother which was published in 2010.

She is also a licensed real-estate agent and is currently studying gemology. However, she started out in life working in textiles and became a marketing consultant for her husband’s Zarin Fabric Warehouse not long after they married.

Zarin has a big social media following with more than 1.7million fans across her Instagram, Twitter and Facebook, where she regularly keeps fans updated on her latest movements and thoughts. 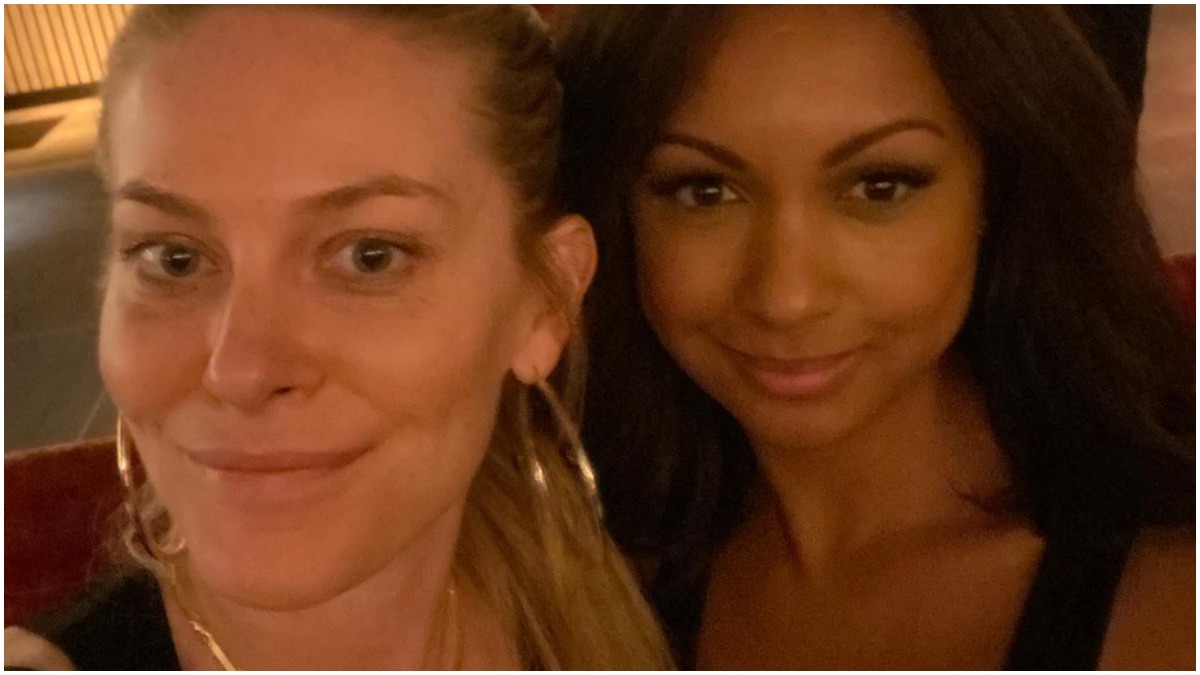 Luann de Lesseps gets inked — what does her new tattoo say?
RELATED POSTS