The fourth season kicks off Sunday, and Canadian fans can see the acclaimed Star Wars crossover episode on August 17.  The creators of Phineas and Ferb, Dan Povenmire and Jeff “Swampy” Marsh worked on a variety of animated shows, including The Simpsons, King of the Hill and Rocko’s Modern Life  so there’s no chance Phineas and Ferb would be an ordinary show.

Made special by its unique humour, wit and intelligence, it has become a part of today’s culture fabric.  And the duo’s won so many awards, the mind boggles.

Monsters and Critics chatted with the guys, who are in total synch btw, from California, and we barely had to ask a question. 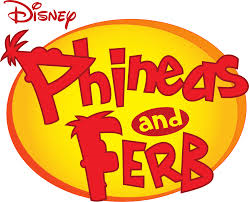 Monsters & Critics – You first drew pictures of Phineas and Ferb in 1993 and today your series kicks off its eighth season.  Living the dream.

Dan Povenmire – We are just completely phoning it in, just going through the motions.

Jeff “Swampy” Marsh – We try to give the fans what they want.

DP – And we get it out the door as quickly as possible so we can take long lunches.

JM – It’s funny you find the more you get involved in the creative process, the more ideas come to you, they’re self-generating. 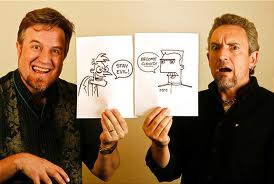 DP– They wanted 16 half hours, they upped it halfway through we looked at each and went “Wha …?”  Thirty two stories, now we’ve done 126 half hours and an hour-long special and a movie and the ideas keep on coming.

One idea leads to an idea. When you’re using that comedy muscle it becomes easier rather than difficult.

It’s not a finite tool and you know we tend to finish each other’s sentences and we have the exact same idea of what the show should be.  Someone will pitch us a storyboard and I see Swampy writing notes mine are always the same.

JM – It is the same note. The crew can’t ask one of us and then ask the other to get a different answer. 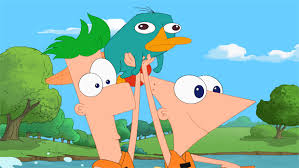 M&C – The show’s really funny and clever. Do you ever get serious about life’s issues?

JM – It depends on what you consider serous. We like empowering kids to get out there and do stuff and not be afraid to be smart.  It’s important but not heavy stuff, that’s not our area, we don’t make “A Very Special Episode, Phineas dies in a car wreck!”  We have the kids as step brothers.

It’s important that the stepbrother relationship is healthy and normal but we don’t want to explain the whole thing, we want to reflect it as positive and functional.

DP – We wanted to use the word “divorce” on the show.  We had four meetings with Disney and we get that it was important to say the word divorce, but we resisted explaining it, that’s the way it is in life.

The word “alimony” only took three meetings.  Half our audience come from broken or blended families or single parents and we don’t ever portray it the way they do in the media.

We don’t want kids to feel worse about it.  The kid’s family is going through divorce and we will make it normal.  Otherwise it makes the situation weird. 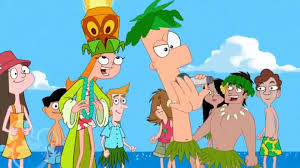 M&C – It must be wonderful to work on a show like this – helps stave off middle age, how do you keep the attitude and energy up?

DP – The goofy thing about us growing up is that it’s nice and I have an understanding of families.  If someone says “You guys are so immature”, well, we get paid to be that way. It is my JOB. 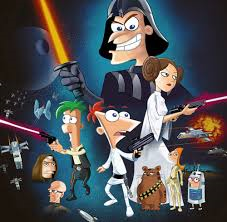