The release of Game of Thrones Season 8 is getting closer by the day and with the epic final season looming near, HBO dropped a new trailer to ease our appetites.

While the footage may be cryptic in execution, there are tons of possibilities to unpack from the preview. What does the footage suggest or mean for the fate of these characters? Who will rule the throne? Let’s unpack the epic footage and dissect its secrets.

Watch the new trailer for Season 8 is below:

Arya Stark knows death and it seems to be coming

The footage begins with Arya running down a narrow hall and she seems to be running from someone or something. In the background, her voice flows over the footage saying, “I know death, he’s got many faces.”

The footage ends with her holding up a blade menacingly saying, “I look forward to seeing this one.”

It’s hard to grasp what exactly is happening in the footage but it’s possible Arya’s past is catching up to her. After betraying the “man of many faces,” it’s quite possible that’s who she is fleeing from in a panicked state.

As her introduction finishes, it seems clear she is about to get her vengeance on somebody and with how pleased she seems, it very well could be a Lannister. Perhaps Cersei is finally getting to know the face of death.

A war with emotional stakes

From here, a series of cryptic images are shown including ships at sea, Thoros with his flaming sword making his way down a dark tunnel with Tormund and some other person, Sam talking to Bran Stark, Cersei overlooking her kingdom, and Jon Snow and Daenerys marching soldiers to battle as dragons fly over Sansa.

All the while pre-battle clips play over of welders making weapons, Greyworm kissing Missandei, followed by Jaime in a ruthless battle that does not seem to be going well. Interestingly enough when Jon says, “our enemy… doesn’t feel,” the clips end on Cersei’s face–as if to compare her to being emotionally dead like a White Walker.

This section seems to suggest that the emotional weight of the war coming will be felt on all sides. Well, except for Cersei’s but that goes without saying. That said, it does imply that everyone will work together to defeat the White Walkers before turning on one another this season.

Let’s hope Cersei intends to play fair before that eventual turning point comes. However, judging by her face in the preview, she seems to have cruel intentions of her own. 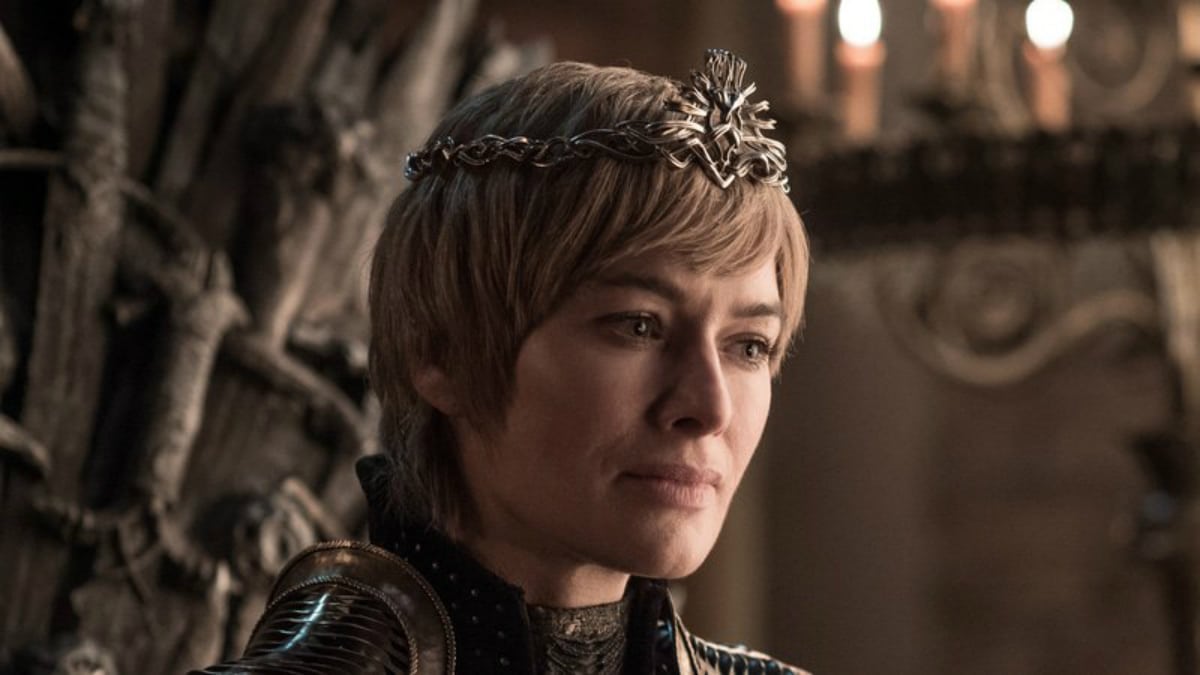 Jaime Lannister fights for the living

The trailer then builds to a climax showing the remaining dragons flying over a snowy mountainous terrain followed by Arya staring at something as a crowd panics behind her. As Greyworm puts on his war helmet with soldiers around him, Jaime Lannister’s voice cuts in sternly saying, “I promised to fight for the living.”

We then see Jon Snow staring at the coolest looking tree ever– made of white bark and red leaves. Jaime’s voice breaks back in, “I intend to keep that promise.”

The clips build to a crescendo showing soldiers charging into battle, Jon and Daenerys approaching the two dragons, then flashes of more war, Sansa’s face, Daenerys closing her eyes, and Tyrion approaching something unseen. Then a dragon shoots fire straight at the camera consuming something.

What should concern fans most is how this section of the footage amps up the drama and dread for Jaime Lannister. His character started out despicable but through the seasons he has made a dramatic turn to someone worth rooting for.

Which begs the question: Will Jaime Lannister die? It’s easy to see this being possible given where his alliances fell with Cersei at the end of last season.

The battle for Winterfell

The footage then ends showing a huge army lined up at Winterfell with Brienne, Jorah and others on the frontline of battle. As they stand together in battle, the enemy approaches and is revealed as a horse hoof of the White Walkers hits the ground– teasing a huge war to come. The scene then blacks out showing the April 14th premiere date.

The ending of the trailer will undoubtedly leave fans dying for more as it teases a huge battle unlike any other. This is saying a lot considering the show has executed grand scale warfare before like the “Battle of the Bastards.”

The trailer as a whole is well cut showing glimpses of what to expect without spoiling anything major. One thing is for certain, the stakes are higher than ever as well as the scale of the battles to come for the final season.

Season 8 of Game of Thrones begins on Sunday, April 14 on HBO.

Who plays Mando on The Mandalorian? Pedro Pascal was also on Game...

Kit Harington and Rose Leslie’s baby due date: When is Game of...