Fans have called for Aaron Kaufman to be given a new TV show after his final appearance alongside Richard Rawlings on last night’s Fast N’ Loud vs. Street Outlaws Mega Race.

Aaron has also revealed more information about his future plans after last month’s revelations that he was leaving Gas Monkey Garage.

Last night’s Mega Race on Discovery saw Richard Rawlings do his best to persuade Aaron to change his mind and stay at Gas Monkey, but to no avail — with Aaron saying he was “100 per cent” sure his time to move on had come.

The one-off special episode also saw him display a great act of sportsmanship during the proceedings as he took on Street Outlaws’ Farmtruck and AZN.

But as Aaron’s emotional send-off aired, fans took to social media in their hordes to pay tribute the “bearded wonder”.

Many called for him to be given a new show, while others who have worked with him in the past also paid tribute to him as a colleague.

Another added: “You guys @Discovery should give Aaron Kaufman his own show. That would be bad ass.” 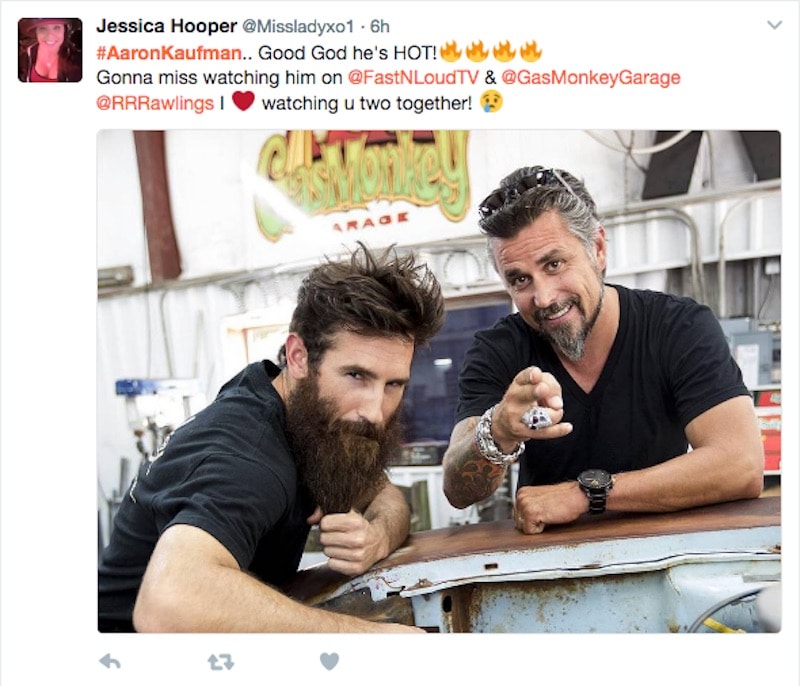 Meanwhile, Aaron has also given out more information about what he’ll be working on in the future.

Last month he revealed a new TV show was a possibility, but also hinted that his main focus was going to be developing his company Arclight making parts for restoring Ford F-100 trucks.

Now in a new interview with The Art of Gears he has delved into the details more, saying he will be building and manufacturing kits for the trucks from 1957 to 1979 — with accessories, bumper-to-bumper kits, and hard-to-come-by chassis and electronic components.

He also talked about how he hopes to make available an ECM (electronic control module) and harness so you can for instance put a 6.2l V8 engine from a Raptor with twin turbos into your vintage F-100.

Writer Martin Feigan said one of the main things that struck him about Aaron when he spoke to him was that he was upbeat.

He said: “One of the biggest takeaways I had from talking with Aaron Kaufman is he was happy.

“There was no anger from leaving Gas Monkey Garage. It was time for him to follow his own dreams.”