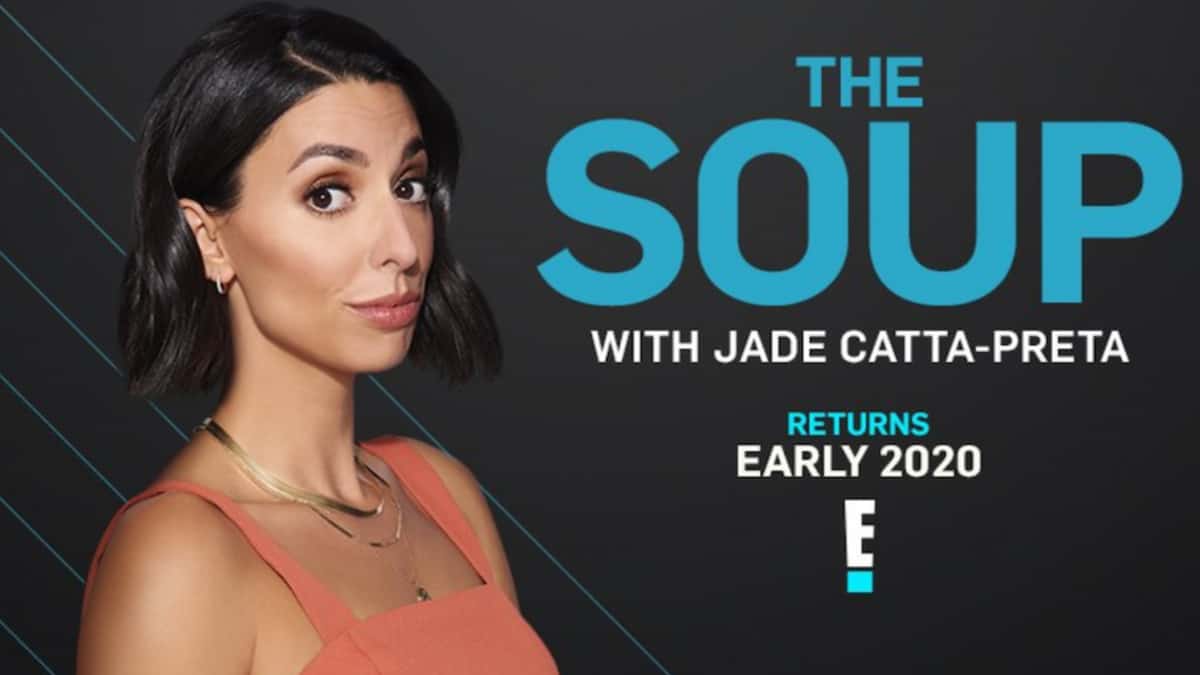 The Soup reality TV in review series is coming back, but it may be watered down from the previous Joel McHale-led iteration.

On E!, there’s some big changes afoot, namely the long-running reality-in-review series The Soup, which is back on the network with a new tone and a new host, according to the announcement made during the Television Critics’ Association.

Concerning the date, the show, formerly hosted by Joel McHale and canceled in 2015 will be back airing starting Wednesday, February 12.

A new host replaces Joel McHale, who left the series to bring his acerbic wit to Netflix in a souped-up show that ended after 19 episodes.

McHale spoke to Variety in 2018 and still saluted the streamer despite the cancellation of his series that skewered popular culture and trainwreck reality TV series like the Kardashians, who he often laid into with relish.

Now the series promises a kinder, gentler summation of what’s going on in 90 Day-Fiance land and new host, comic actor Jade Catta-Preta will serve up less “salt” and more “flavor” according to the press release.

The Soup will be a weekly half-hour pop culture commentary.

Catta-Preta is a Brazilian-born comic actress working in Los Angeles, New York, and Brazil. Her multilingual talents lend her to perform in comedy clubs all over the country, both in English and Portuguese.

She has appeared on MTV’s Girl Code and Punk’d, Comedy Central’s @Midnight, and guest roles on Modern Family and The Jim Gaffigan Show.

The Soup will feature Catta-Preta’s unfiltered take on the buzziest clips of the week across entertainment and social media. Through clip highlights and recurring segments, the series will cover hilarious moments across TV and entertainment, including the latest competition series, daytime and late night talk shows, reality favorites like The Real Housewives and The Bachelor, award shows, popular scripted series, sports programming, and everything in between. In the latest iteration of the legendary E! franchise, “souper” fan Catta-Preta will keep viewers up-to-date on pop culture highlights through her sharp observations and hilarious point-of-view.

In the press statement, Catta-Preta was effusive in her comments:

“I am excited beyond words for The Soup! It’s a total dream to host a show I’ve always been a fan of…Only one more thing on my bucket list… become the 6th Spice Girl… Gazpacho Spice. Fingers crossed.”

The history of the show is a study of time, tone, and take. Back in 1991, Talk Soup introduced the world to the laconic and wry humor of star Greg Kinnear who was replaced by “skunk spot” host John Henson in 1995.

Along came McHale in 2004 as Talk Soup became The Soup and re-launched in 2004. The tone was to take no prisoners, and all TV was fair game and ripe to rip apart with scathing humor.

Who is the Llama on The Masked Singer? Panel guesses David Spade,...

The Masked Singer fans want to add Joel McHale as permanent panelist
Sign up for our TV newsletter!