What do you do when your dad’s shelled out $14,000 to pay for your wedding but you can’t pay it back? For bride Geknee on tonight’s Bridezillas the answer’s easy — as she fakes having a FIT so that she gets away without having to pay him anything.

Watch our exclusive sneak peek from the episode below as Geknee gets a talking to from her mom and dad after going way over budget. She previously told them she’d be able to pay back the money they lent her, but knows she can’t. However, she has a plan.

“I’m not going to be able to pay it back,” she tells producers in a confessional. “But it’s ok because I can throw a fit and my dad will give in.”

Cue her miraculously starting to hyperventilate as she talks to her parents. She demands water, then gulps it down as loud as she can, saying she can’t breathe and that she needs her dress off before she passes out.

Her mom rushes to help and manages to rip her dress while pulling it apart at the back. But that’s of little concern for Geknee, as she knows her acting has saved her from paying back her hefty debt.

She’s a daddy’s girl and her father relents, saying, “Alright, you owe me nothing….not one dime.” But there is someone who is not that pleased by the outcome.

Geknee’s mom says, “I think it’s a bunch of crap. I feel betrayed by my husband. With what she spent, it’s bulls***.”

Watch our sneak peek below, and tune in tonight to find out how the drama unfolds!

Bridezillas airs Fridays at 10/9c on WE tv. 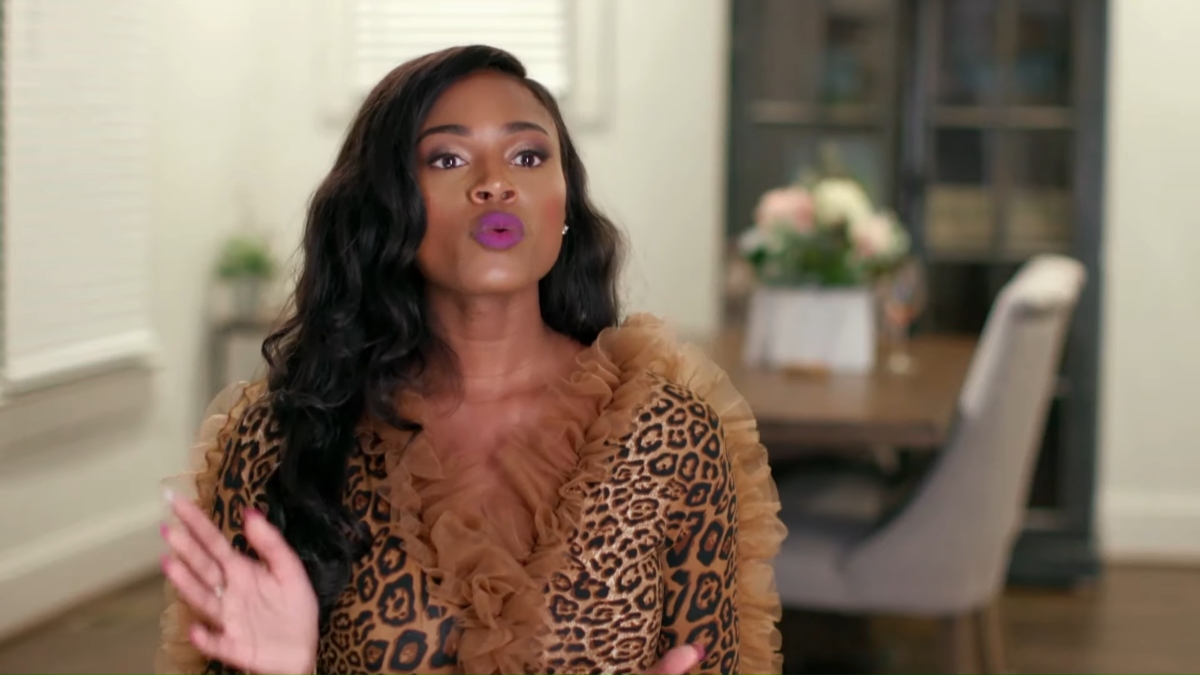 Bridezillas exclusive: Evelyn takes aim at venue owner RL as they clash over pretty much everything
10 This Is Us storylines that brought us to tears [Photos]

Bridezillas exclusive: Evelyn takes aim at venue owner RL as they clash over pretty much everything
10 This Is Us storylines that brought us to tears [Photos]