Netflix is a perfect streaming service for movie fans, as there are great options for every genre of movies, and this is true for war movies as well.

Whether it is movies taking place during real-world wars, sci-fi movies with battles against aliens or robots, or films that take place with the war as a backdrop, there are several great war movies on Netflix for fans to enjoy.

Whether it is a Netflix original or a movie licensed from another studio, there is something here for everyone.

As with all Netflix movies and TV shows, there are several that leave the streaming-service every month. The good news is that many films and TV shows are replacing them each month.

Make sure to bookmark this page as we will update it every month with the new releases while also removing those movies that have left Netflix.

Updated on March 4: Every month, movies leave Netflix, and others show up to replace them. This means some of the best movies we might list here as recommendations are no longer available to view the streaming giant.

The good news is that we will be coming back to this article every month and removing those movies no longer available, and replacing them with new options that are of equal, or in some cases, superior quality.

The Patriot goes back much further when it comes to war movies, as this film takes place during the American Revolution.

This is a Roland Emmerich movie, one of the few non-disaster movies that he has made. Much like many of Emmerich’s films, it is more of a fantastical look.

The story takes part in the Southern theater of the American Revolutionary War and Gibson stars as Colonel Benjamin Martin, a man who fears a war with Great Britain but watches in horror as his son Gabriel (Heath Ledger) joins the Continentals.

Released in 2016, Free State of Jones was a Gary Ross movie inspired by the life of Newton Knight, a man who led an armed revolt against the Confederacy in Mississippi during the Civil War.

Matthew McConaughey starred as Newton Knight, a poor farmer serving as a Confederate nurse who deserts when he watches his nephew shot and killed.

When he learns the Confederacy stole crops and livestock from poor farmers, he helped a family resist one raid and raises an armed revolt to defend their homes and property.

Alexander is the Oliver Stone movie about Alexander the Great, with Colin Farrell starring as Alexander.

The movie takes Alexander from his childhood with tutor Aristotle, where he then finds love and success in wartime.

The Outpost was a Screen Media Gems release in 2020 that was based on the non-fiction book by Jake Tapper.

The book and movie take place during the Battle of Kamdesh in the war in Afghanistan.

The cast is top-notch, with Orlando Bloom, Scott Eastwood, Caleb Landry Jones, and Jack Kesy. It was supposed to premiere at South by Southwest in 2020 but that was canceled due to COVID-19 and it is now available on Netflix.

The Outpost has a great 92% fresh rating on Rotten Tomatoes.

The movie shows how Robert the Bruce launched a guerilla war against the large English army, starting when he rebelled against Edward I, becoming an outlaw, until the Battle of Loudoun Hill.

The movie is bloody and doesn’t skimp on the battle scenes, picking up a nomination for its visual effects in 2019.

Platoon is one of the most unforgiving and brilliant war movies ever made, and it is now on Netflix.

Oliver Stone directs this movie, which has an all-star cast and is based on Stone’s experience from serving in the war.

Charlie Sheen stars as a U.S. Army volunteer who serves in Vietnam and finds himself in the middle of a war of morals between his squad leaders (Willem Defoe and Tom Berenger).

The film received praise for its realistic battle scenes and won four Oscars, including Best Picture and Best Director.

The 12th Man was a Norweigian war movie released in 2017.

The movie focuses on the escape of Jan Baalsrud (Thomas Gullestad) from the Nazis during World War II.

The title is based on the fact that there were 12 Norweigan resistance fighters in an attack on the Nazis. Their attack failed, and 11 of them are executed after interrogation and torture.

Jan is the 12th man, and the last alive, as he sets out on his escape, trying to get to neutral Sweden.

Unlike the book it is based on, the movie deals with the people who helped him escape and the courage of the local population. It is also a cat and mouse game, with his pursuers given the face of a Nazi pursuer played by Jonathan Rhys-Meyers.

In his first movie since winning an Oscar for BlackKklansman, Lee tells the story of a group of Vietnam War veterans returning to Vietnam to find their fallen squad leader’s remains.

They also want to retrieve some treasure they buried there.

The cast is fantastic, with Delroy Lindo, the late Chadwick Boseman, and more. Critics praised the movie, with a 92-percent fresh rating on Rotten Tomatoes.

However, on top of the fantasy movie aspects, Pan’s Labyrinth is set against the backdrop of the Spanish Civil War, haunting its every moment.

The film also takes the horrors of war and creates an almost alternate fantasy world that allows the little girl to escape the real horrors, only to find more horrific monsters at her final destination.

This is easily one of the best movies on Netflix and remains Del Toro’s masterpiece.

A second Steven Spielberg movie about the war on this list, War Horse, isn’t as critically acclaimed as Schindler’s List, but it is a great movie nonetheless.

This is a movie about a horse named Joey, who is lovingly raised by a young boy in Britain but then sold to the British Army to serve in World War I.

The film then shows the horrors of the war through the horse’s journey as it lives through battles and goes from the British troops to Germany and back again.

At the end of the day, this a story about a boy and his horse, as the child becomes a man, enlists in the military, and is eventually reunited with his beloved companion.

This movie takes place in Bangladesh, a war-ravaged country, and Hemsworth is a black-market mercenary named Tyler Rake, who is sent in to save Ovi, the son of an incarcerated Indian drug lord.

This movie might be one of the most violent films on Netflix, with more kills than most war movies, and almost all of them at the hands of Tyler Rake himself.

Thanks to its insane action and the star-power of Hemsworth, the film was watched by approximately 90 million households its first month of release, one of the more successful Netflix releases in 2020.

In 1977, actor Richard Attenborough directed one of the best war movies of the ’70s with A Bridge Too Far.

Attenborough, who most people know as the financer John Hammond in the original Jurassic Park movie, had an all-star cast for this World War II movie.

The film tells the story of the failed Operation Market Garden in World War II. It picked up eight BAFTA nominations, winning for four of them.

Defiance is a war film from 2008 directed by Edward Zwick (Glory), and it told a war story from World War II.

Based on the book by Nechama Tec, this is about the Bielski partisans, a group of Jewish partisans who rescued Jewish people from extermination while also fighting the Nazi occupiers.

The main characters are brothers, Tuvia (Daniel Craig), Zus (Liev Schreiber), Asael (Jamie Bell), and Aron (George MacKay), whose parents were killed by German occupiers, and they set out to avenge their parent’s death.

These brothers started a unit that saved tens of thousands of people.

Beasts of No Nation was the first movie that Netflix ever picked up as an original and did so in 2015.

Directed by Cary Joji Fukunaga (True Detective), this movie tells the story of a young boy who becomes a child soldier during a horrific war.

The film is based on the novel by Uzodinma Iweala, was part of the 72nd Venice International Film Festival, and was then picked up by Netflix and given a limited release.

Idris Elba was nominated for the Best Supporting Actor at the Golden Globes while winning the Screen Actors Guild Award for the same honor. The film was not nominated for an Oscar due to its early prejudice against Netflix.

In 2012, Act of Valor hit theaters as a look at the SEALs and Special Boat Team members.

The film was developed after directors Mike McCoy and Scott Waugh shot a promotional video for the real-life U.S. Navy forces and wanted to bring their story to the big screen.

As a result, active-duty SEALs starred in the movie, and the Navy is using it to recruit people into service.

The movie started with a terrorist killing a U.S. ambassador and dozens of children in an elementary school with an IED disguised as an ice cream truck. The film then tracks the Navy special forces as they hunt down the terrorists. 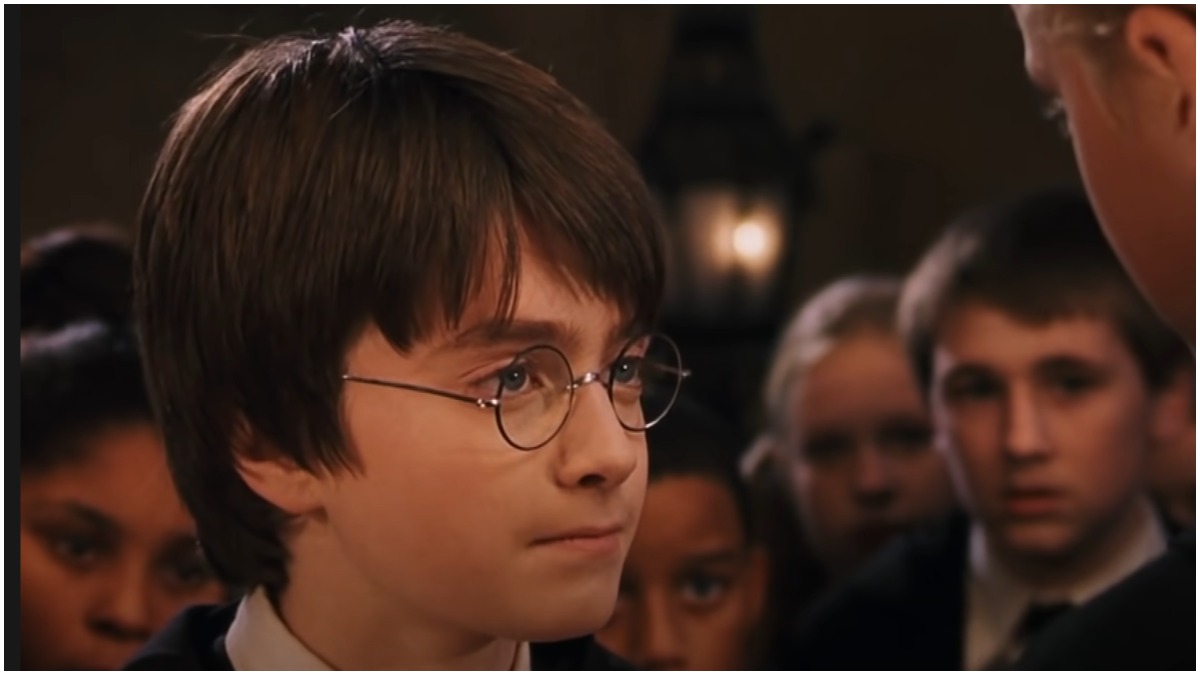 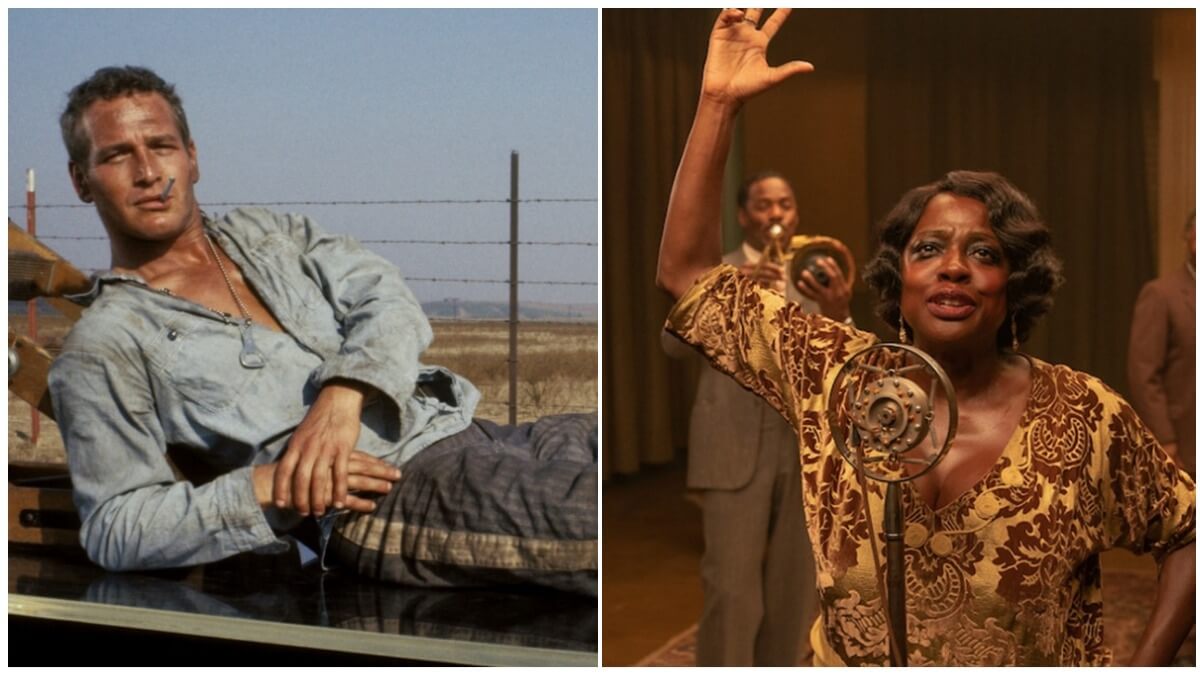