We can hardly wait for the new season of Alone to air on History, which as we revealed last month comes with a twist when it starts next week.

The teams for Season 4 have been selected, and tonight in a pre-season special we meet the people who will participate in television’s most brutal survival reality competition.

This season of Alone is set in Northern Vancouver Island and features seven pairs of family members, who will be dropped miles apart.

The pairs must first make their way to find each other and then work to survive together.

Here we look at the teams taking part in Alone Season 4, and reveal an exclusive clip of what’s to come on tonight’s special.

Jim Baird, 35, of Toronto, Canada is a freelance writer, mineral prospector, and wilderness guide with a mapmaking company.

He is an avid canoeist, and has in the past completed a self-propelled trek across the northern Ungava Peninsula in winter — a 230-mile Arctic trip he completed with his dog, Buck. 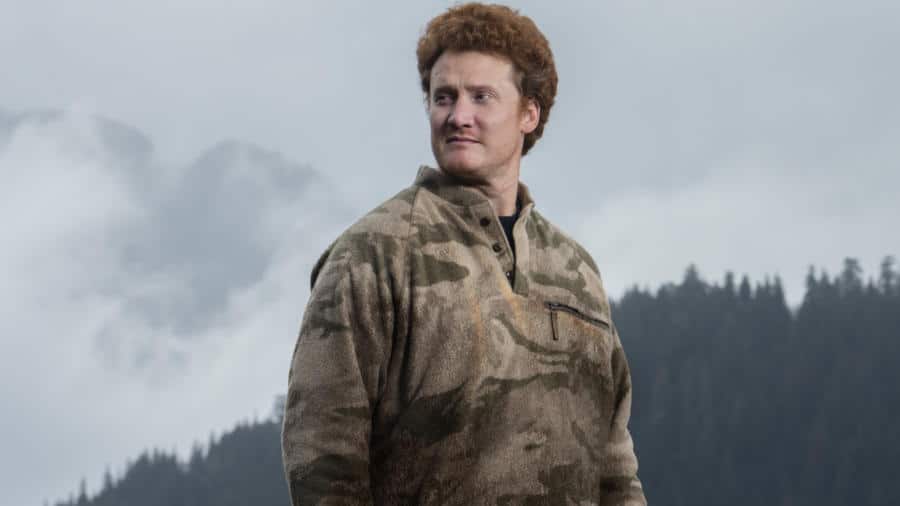 His teammate is his brother Ted Baird. Also from Toronto, Ted is an adventure videographer with honed skills in fishing, hunting, trapping, and survival.

Alongside his brother, Ted has completed several grueling trips including a 400-mile expedition across Canada’s Quebec and Labrador regions via four treacherous rivers. 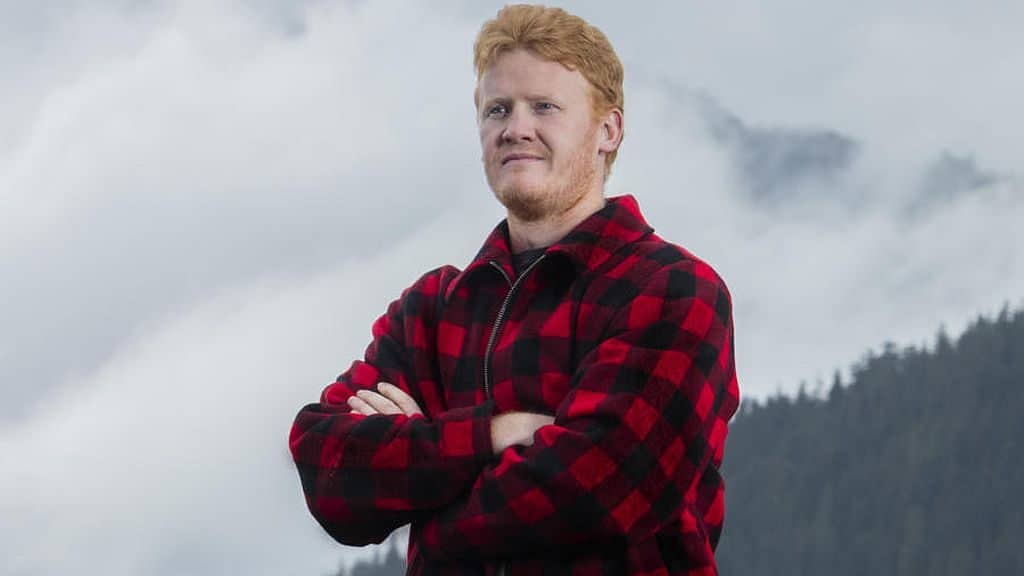 Skowhegan, Maine, native Jesse Bosdell is 31, a retired Green Beret who was the eighth of ten children.

Along with his siblings he learned survival skills out of necessity, hunting and foraging to help provide for the family.

Jesse has spent over nine years in the U.S. Army, and is currently studying for his biomedical engineering degree. 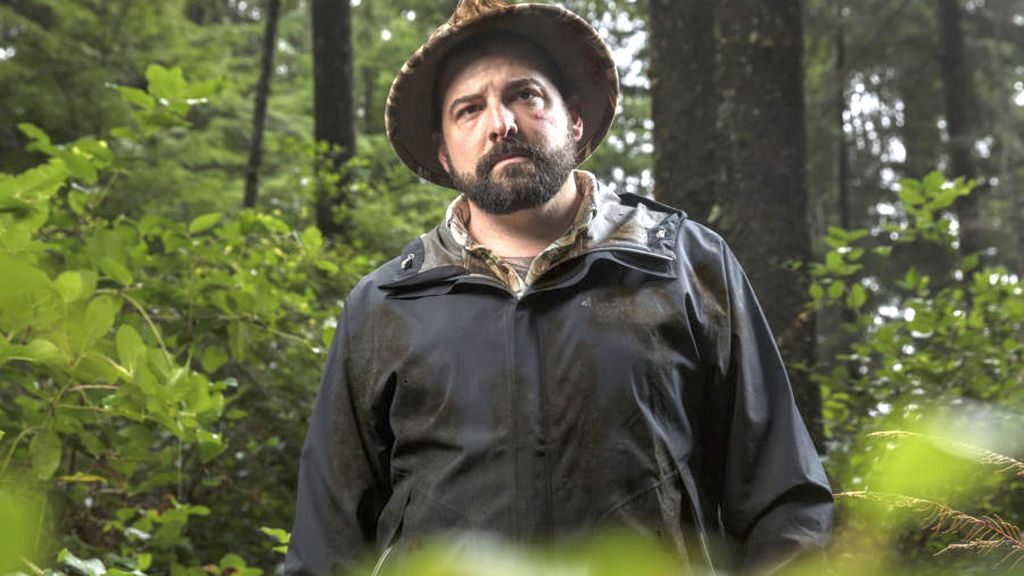 His older brother Shannon Bosdell, 44, grew up in Maine but moved to Wrangell, Alaska, when he was younger and now works there as a commercial fisherman.

Shannon and his family live off of land, getting much of their food through fishing and hunting. 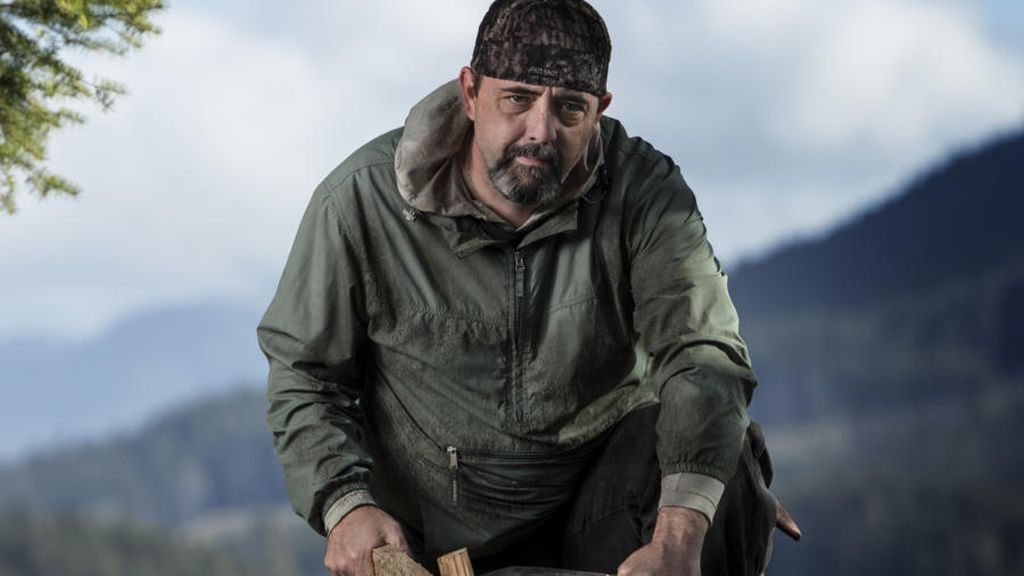 Retired Pete Brockdorff is 61. He spent his childhood traveling, and started accompanying his father on hunting and fishing trips when he was eight years old, learning trapping, falconry, bow fishing, bow hunting, and primitive skills.

He studied biology, zoology, ecology, and botany, getting a degree in Biological Sciences. 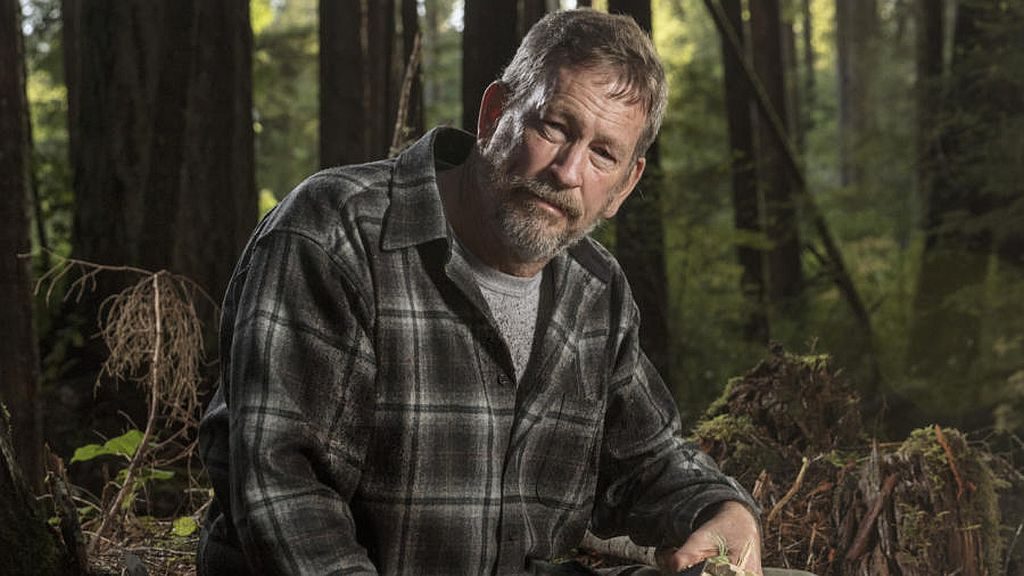 His partner is Sam Brockdorff, Pete’s 26-year-old son, who is an environmental scientist.

Raised learning many survival skills, Sam has a vast knowledge of plant species.

He has spent recent years “gone feral” in the Utah wilderness, utilizing primitive skills to survive at elevations of nearly 12,000 feet. 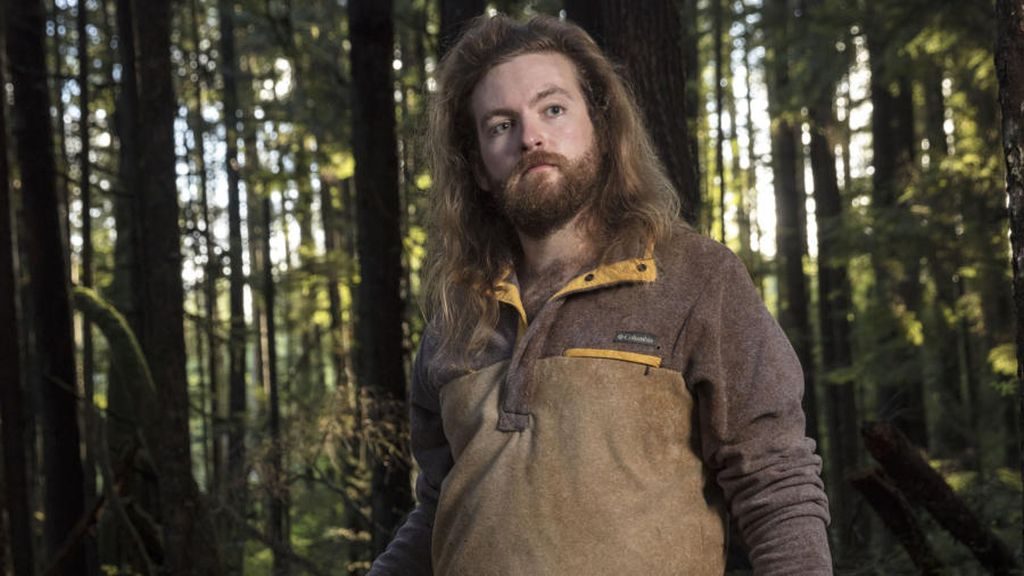 Alex Ribar is a 48-year-old construction foreman from Montville, Maine, and grew up close to a lake where he learned hunting and fishing skills, and to be a self-reliant woodsman.

He joined the Marines in 1991, and has become a skilled foreman and supervisor for a bridge and marine construction company, as well as a licensed propane, natural gas and oil technician.

He has recently been taking classes to become a wilderness guide. 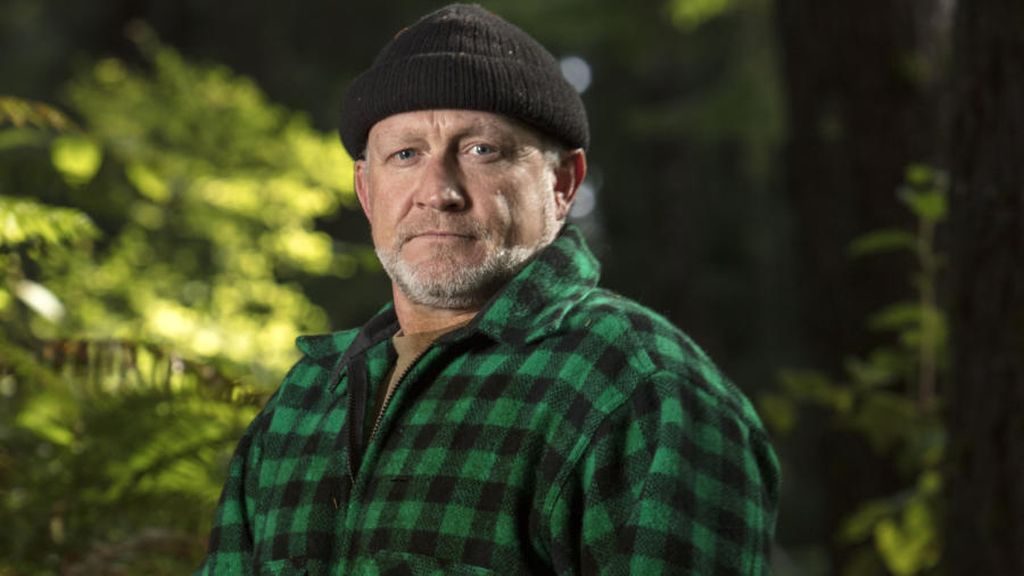 His son Logan Ribar, who will be travelling with him to Vancouver Island, is 19 years old and grew up in the woods of Maine.

He counts building shelters and tracking wildlife among his many skills. His career goal is to become a traveling wilderness guide. 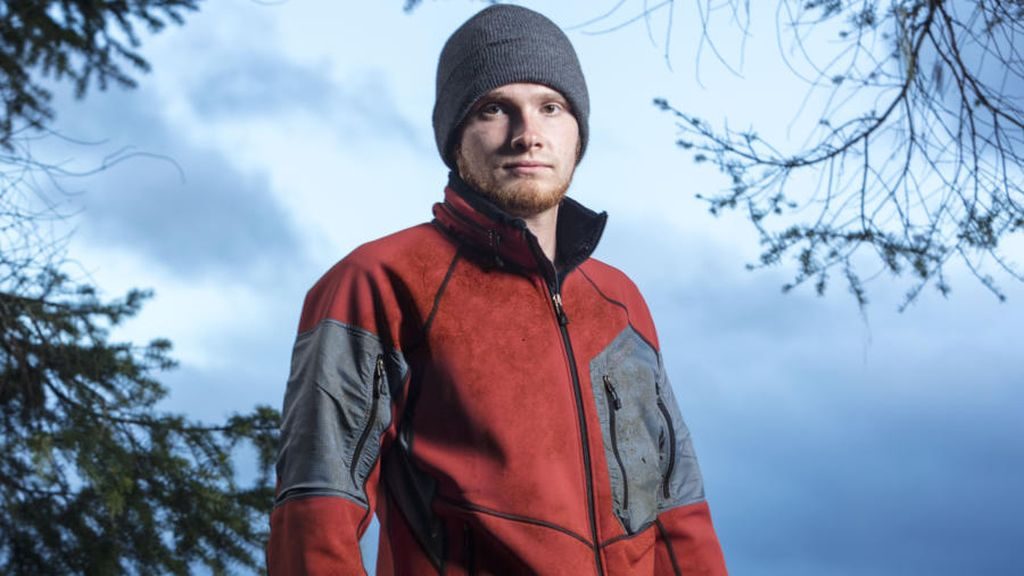 Blacksmith Brad Richardson, from Fox Lake, Illinois, is a 23-year-old outdoor lover who used his childhood to learn primitive skills in the local boreal forest.

Joining the Boy Scouts in grade school, he later specialized in hand-forged knives and tools. In his spare time he films educational bushcraft and survival videos. 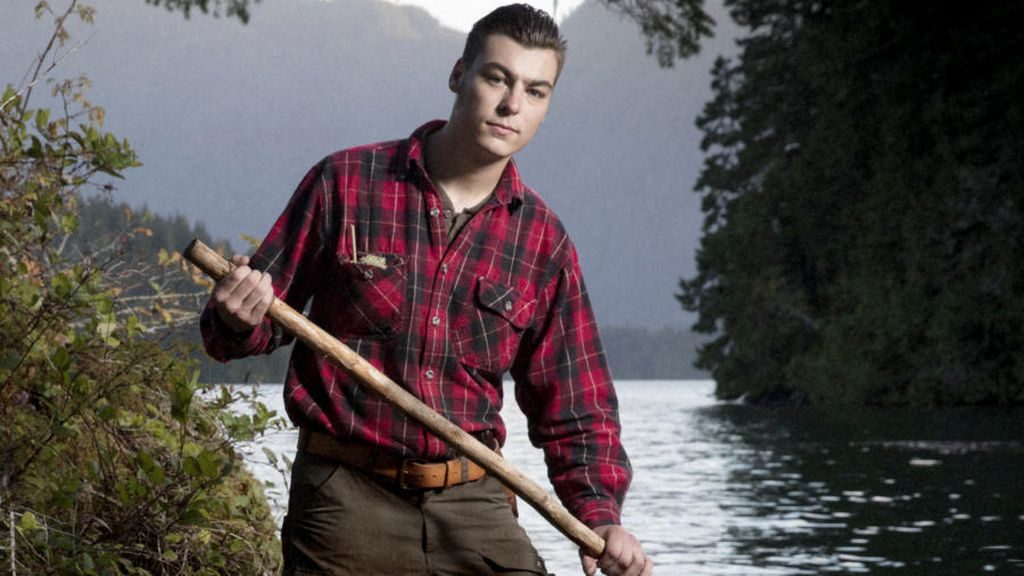 Josh’s many skills include knowing how to build primitive shelters instead of tents, and friction fires instead of using lighters or matches.

He too makes online videos. Like his brother, he also has a blacksmith shop. 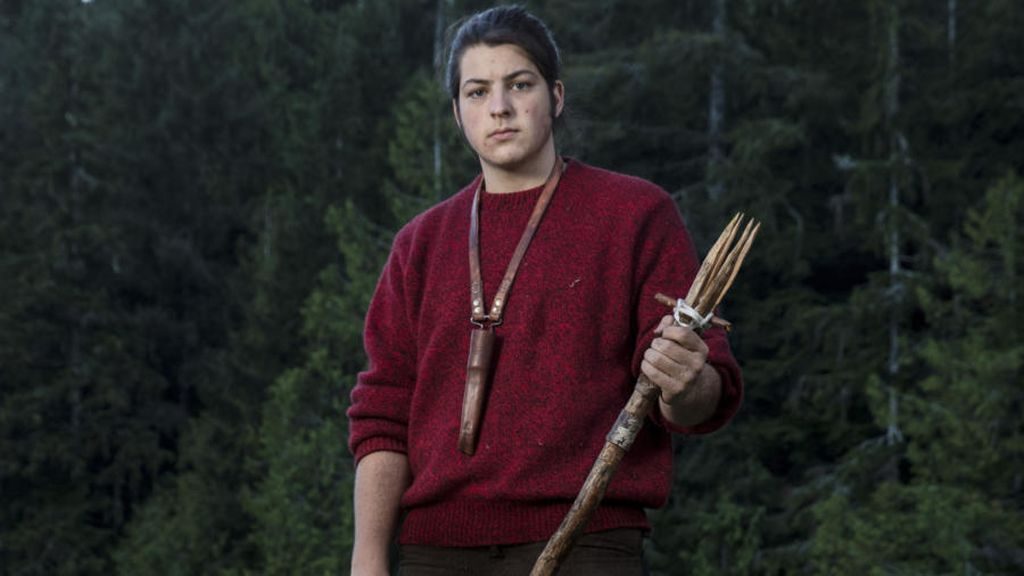 In 2010, she won the Alaska State Blueberry Pie Championship. She grew up in rural Michigan hunting, fishing, and trapping.

Her first job was in Yellowstone National Park, which led her to migrate north to Alaska with a backpack and $200.

She has a bachelor’s degree in Outdoor/Adventure Recreation Management and has worked as an outdoor educator, guide, and recreation director.

She also may know all the stars of television’s Yukon Men, as she has a fresh-squeezed lemonade stand at the Tanana Valley Farmer’s Market in Fairbanks, Alaska. 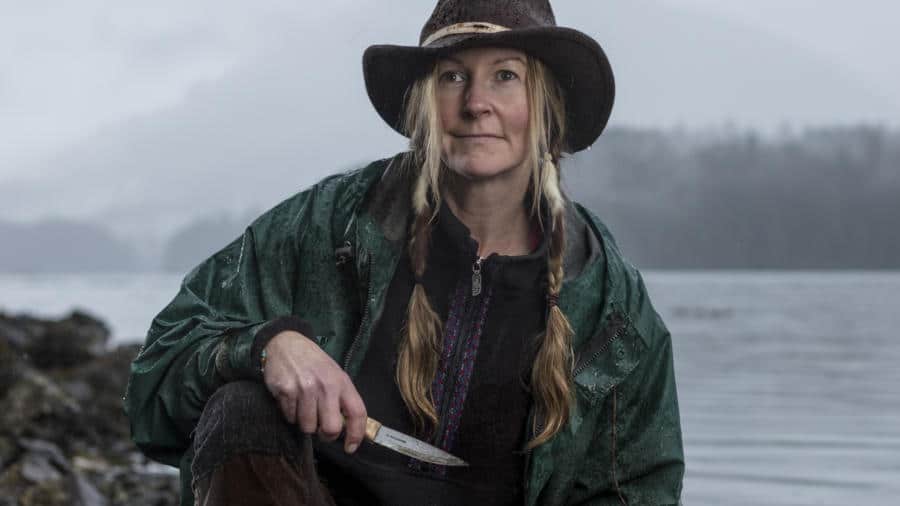 Her husband is Dave, a rural Michigander who has spent most of his life in Alaska.

Along with Brooke, his wife of 18 years, Dave has built three homesteads in the interior of the state. Dave, Brooke, and their two children live simply.

In summer he is in Fairbanks, Alaska working as a freelance cement finisher, and a part-time guitar dealer. He also has a three piece rock band, The Atomic Honkies. 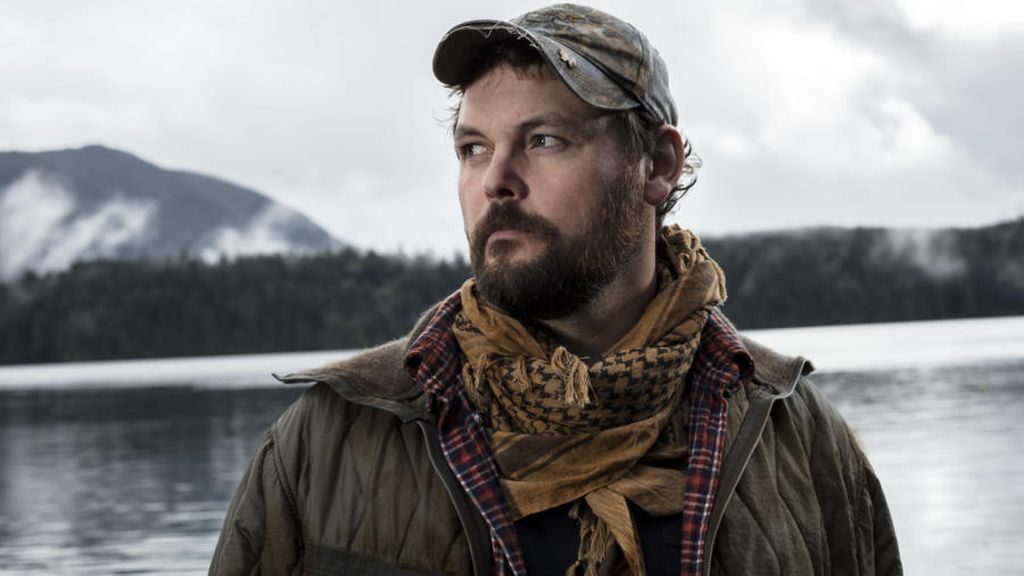 Industrial Project Manager Andrew “Brody” Wilkes is 33 and from Kentwood, LA. He was shunting and killing deer by age eight.

When his father stopped hunting, Brody became the sole provider of the family’s meat.

He also grows all their vegetables in his own garden, and has a keen interest in primitive skills and wilderness survival. 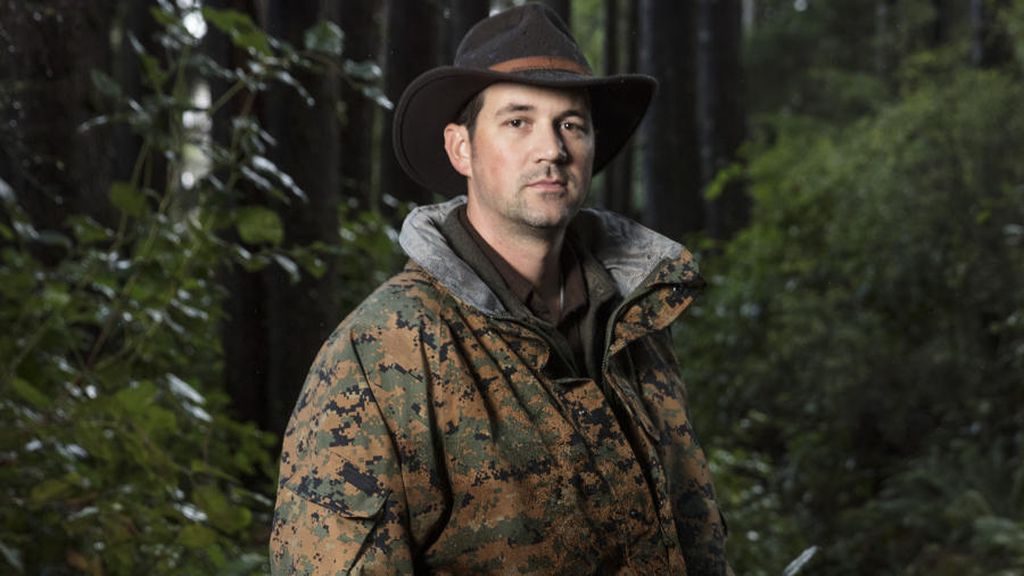 He grew up in Southeast Louisiana’s farmlands and swamps, where he learned to hunt and fish.

He attended college in Mississippi and began working in the behavioral health field.

He has seen with his own eyes the effects of natural disasters, and through that his interest grew in things like wilderness survival, and bushcraft skills.

He has a wife and two children. 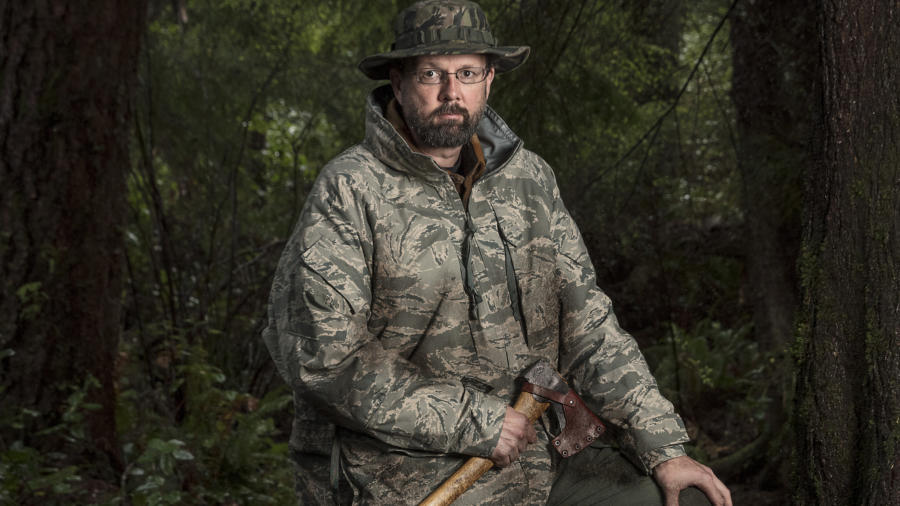 Who will have what it takes to survive longer than anyone else?

Watch an exclusive clip of tonight’s special Alone: Making The Cut below:

Alone: Making The Cut airs tonight at 10/9c on History.