The series is produced by a husband and wife team, writer Dana Klein and star Mark Feuerstein, and is inspired by Feuerstein’s real-life experience temporarily living next door to his parents as an adult.

“This show is loosely based on the time I was in New York shooting the show Royal Pains, and my parents kindly allowed me to stay in the apartment next to them,” Feuerstein said during the Television Critics Association (TCA) summer press tour.

After Feuerstein told producer Aaron Kaplan that at one point his brother and sister-in-law moved into another apartment on the floor, Kaplan was sure the situation was fodder for a sitcom.

“I would come home after 11 hour days [on Royal Pains] and my mother would be waiting by her door like a gunslinger in a nightgown, saying, ‘Why don’t you come in for a salad?’ And I would come in and sit with her from 11 to midnight, talking about the day’s events.”

Even though Feuerstein’s parents — played by Linda Lavin and Elliott Gould on the show — are portrayed as overly-involved in their son’s life, he says they’ve been nothing but positive about the show.

“They’re so supportive,” Feuerstein says. “They only wish the best. We’re having a press conference in their actual building in New York with my parents to help sell the show.”

Despite Feuerstein’s parents being involved in promoting the show, Lavin and Gould say they haven’t tried to tweak their performances.

“They’re very respectful and savvy people,” says Lavin. “They wouldn’t give notes. They seem so happy to be involved. They love Mark and they’ve given me the inspiration to love this man, and play a mother who’s completely devoted and loves her son.”

Still, “In no way is this a documentary,” Feuerstein says. “They are their own characters. We will slowly but surely forget about this being about my family.”

But what is real is Feuerstein’s appreciation for his wife. “She is funny and kind and smart and I am just in awe of her,” he says with a smile. 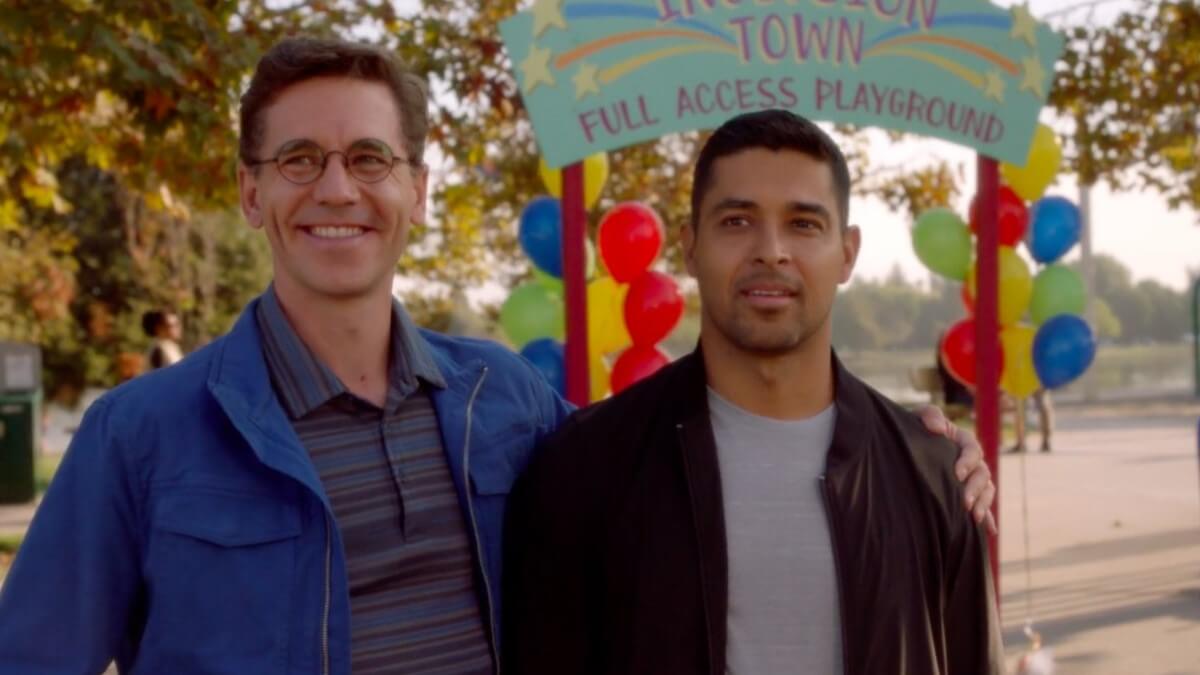