Since he debuted in WWE as part of The Shield, Seth Rollins has made his name as one of the most exciting wrestlers in the world. He has proven to be an amazing athlete as a babyface and a perfect villain as a heel, playing both roles well.

He has taken those skills and elevated himself into a main event star, a former world champion who remains entrenched at the top of the WWE to this very day.

Here is a look at everything you need to know about Seth Rollins, from his age, height and weight to his work with The Shield, best matches, CrossFit workout routine, net worth, and more.

Seth Rollins’ real name is Colby Lopez. He was born in Buffalo, Iowa on May 28, 1986, which makes him 32 years old at this time. He is of American, German and Irish descent and his last name comes from his stepfather, a Mexican-American.

He went to high school in Davenport, Iowa, and decided to train to become a professional wrestler at a school owned by Danny Daniels.

Seth Rollins is also a huge heavy metal fan and lives a straight edge lifestyle. His ring name of Seth Rollins was in tribute to Black Flag lead singer and actor Henry Rollins.

Where did Seth Rollins wrestle before WWE?

Seth Rollins wrestled in the indies before he made his way to WWE.

He worked early in the IWA, the hardcore promotion ran by former ECW wrestler Ian Rotten. His early ring name was Tyler Black and he quickly picked up the SCW Heavyweight Championship in Scott County Wrestling as a rookie.

He moved on to a territory in the NWA when he joined NWA Midwest. It was here that he won the tag team titles with a wrestler named Marek Brave. He also made an appearance in TNA Wrestling in 2006.

In 2007, Tyler Black moved on to FIP (Full Impact Pro) and became a singles star when Brave was forced to retire due to an injury. He also worked in PWG, where he won the tag team titles with future WWE writer Jimmy Jacobs.

He then started to wrestle in both FIP and Ring of Honor.

In Ring of Honor, he started working in the company’s hottest stable in 2007 when he debuted with Jimmy Jacobs and Necro Butcher as part of The Age of the Fall.

He reached his biggest early success in 2007 when he and Jacobs beat the Briscoe Brothers for the ROH Tag Team Championship and then he won the FIP Championship from Go Shiozaki in 2008.

By 2009, Black had left The Age of the Fall and started feuding with Jimmy Jacobs. After that, he finally reached the top of the ladder when he won the ROH World Championship by pinning Austin Aries in 2010.

Later that year, he left Ring of Honor and signed with WWE.

Seth Rollins made his original WWE debut in FCW, which then turned into NXT. It was here that he changed his name to Seth Rollins and won both the tag team titles (with Richie Steamboat, the son of Ricky “The Dragon” Steamboat) and then became the first ever NXT Champion.

However, on the main roster, the Seth Rollins WWE debut was a huge moment.

At Survivor Series 2012, Ryback battled CM Punk for the WWE Championship. At this time, Ryback was almost unbeatable and just when it looked like he was going to win, three guys in SWAT gear ran in and attacked Ryback, triple powerbombing him through a table.

The Shield was born.

Seth Rollins and The Shield

The Shield consisted of three NXT superstars — Seth Rollins, Roman Reigns and Dean Ambrose. It turned out that Paul Heyman initially hired them to be muscle for CM Punk but they soon proved to be so popular that they moved on quickly and became the best faction in WWE.

They were undefeated as a three-man team for most of their career together, only suffering minimal losses when working together.

Then, it all ended when The Shield won a feud over Evolution and Seth Rollins turned heel by attacking Reigns and Ambrose with a chair and joining The Authority.

From Ring of Honor to WWE, Seth Rollins has turned in some of the most exciting and groundbreaking matches in professional wrestling. He has worked as a master in six-man tag team matches, regular tag team matches and singles competition.

He has been a great and exciting babyface and a dastardly heel, mastering both roles. Along the way, Rollins has turned in high-quality matches on a consistent basis.

Here are five of Seth Rollins best matches to see how great the Architect of WWE really is.

Seth Rollins was struggling to get the fans behind him as the ROH Champion. As Tyler Black, he had them all on his side but it took over a year to get to the title and by that time, fans had turned on him. It also doesn’t help that he left for WWE less than a year after winning the belt.

However, he busted his butt as champion and his best title defense came in 2010 when Rollins needed to prove he deserved the title and wanted to beat the so-called best in the world in Davey Richards. The match went 35 minutes, Rollins won. It might be the greatest match he has ever wrestled.

The Shield vs. Evolution (Extreme Rules 2014)

The Shield ran all over WWE since they made their debut and their feud with Evolution was to both cement their status as the best faction in the modern era and to work as a swan song before Seth Rollins turned heel.

The match at Extreme Rules was not their last match, but it was their best. There were no rules, Seth Rollins did some amazing things, and The Shield beat Evolution in the best match the two units competed in.

At the Royal Rumble in 2015, Brock Lesnar defended his world title against John Cena and Seth Rollins in a three-way match. As expected, Cena is always able to turn it up in big matches and Brock Lesnar at this time was still turning in big-time matches.

However, this was Seth Rollins chance to prove he was ready to be a main event player as a singles star and he delivered as well. Lesnar won by pinning Rollins, but this was a match where all three men delivered and it was a hugely entertaining title bout.

Later in 2015, Seth Rollins was the world champion and John Cena was the United States Champion. This was a match with both titles on the line, winner takes all. What resulted was a great match between Cena and Rollins that went almost 20 minutes.

Now, the ending sucked because Jon Stewart (the comedian) ran in and hit Cena with a chair, but everything before that was proof that Rollins could hang with one of the best WWE wrestlers of all-time.

Seth Rollins and Dean Ambrose vs. Dolph Ziggler and Drew McIntyre (Hell in a Cell 2018)

While no one will remember these matches years down the road, the tag team feud between Seth Rollins and Dean Ambrose and the team of Dolph Ziggler and Drew McIntyre was fantastic, with every match a legit MOTY candidate in WWE.

The best of the best came at Hell in a Cell 2018. The teams battled for 22 minutes and gave everything to sell the story and the match. McIntrye and Ziggler won but all four men were on fire here.

Seth Rollins has had a lot of finishing moves over his career and even has used three in WWE on a regular basis.

His first major Seth Rollins finshing move was the Curb Stomp, which saw him thrown his opponent into the turnbuckle with a Buckle Bomb and when they fell, bent over, he would run up and smash his foot into the back of their head, driving their face into the mat.

WWE banned that move for a short time and he ended up using Triple H’s finishing move, The Pedigree, a double underhook facebuster.

After he stopped working with and then feuding with Triple H, Seth Rollins started using the jumping high knee smash to the face, which would knock the opponent out in theory. This Seth Rollins finishing move was called the King’s Landing.

Also in WWE, Seth Rollins finishing move has also included the Phoenix Splash, which is a corkscrew 450-degree splash from the top turnbuckle. This has Rollins stand on the top buckle, facing away from his opponent, and then leap through the air and perform a 180-degree turn and a 450-degree splash onto his prone opponent.

Seth Rollins also has a signature move he uses in most of his matches called the Falcon Arrow. This is when he latches his opponent’s neck and then lifts them into the air and slams them right back down onto the mat face first.

He also uses the Avada Kedavra as a signature move, which is a superkick into the face of an opponent who is on their knees.

Seth Rollins has been incredibly successful everywhere he has wrestled. He has been a world champion in Ring of Honor and in WWE. He has held tag titles numerous times and has won both the Royal Rumble and Money in the Bank ladder match.

Here is a look at every Seth Rollins championship he has held.

Seth Rollins theme song is his seventh since he arrived in WWE. The song is titled “Second Coming” and is by the duo CFO$. The song starts off with the screaming “Burn it Down” and then flips over to the main theme song.

Before this, Rollins worked with The Shield and their theme song was “Special Op” by the legendary Jim Johnston.

Seth Rollins has an interesting nickname — CrossFit Jesus. This is because he is a huge proponent of the CrossFit workout routine, which he does on a regular basis.

Rollins is one of the first WWE superstars to talk about CrossFit and the success it has helped him achieve as a professional wrestler.

CrossFit is a blend of Olympic weightlifting, interval training, powerlifting, gymnastics, calisthenics and other methods of exercising. It debuted in 2000 when Greg Glassman developed it.

“I figured it would behoove me to maybe put some of this into my training,” Rollins told ESPN. “I’m trying to basically start a new wave in functional training with wrestling, with professional wrestling. I just think it’s the best foot to start off on.”

Seth Rollins has done well for himself thanks to his success since arriving in WWE as well as the success of his former stable The Shield and merchandising. Seth Rollins net worth is reported to be an impressive $9 million.

According to reports, Seth Rollins contract in 2018 paid him $3 million with $200,000 for each main event appearance. 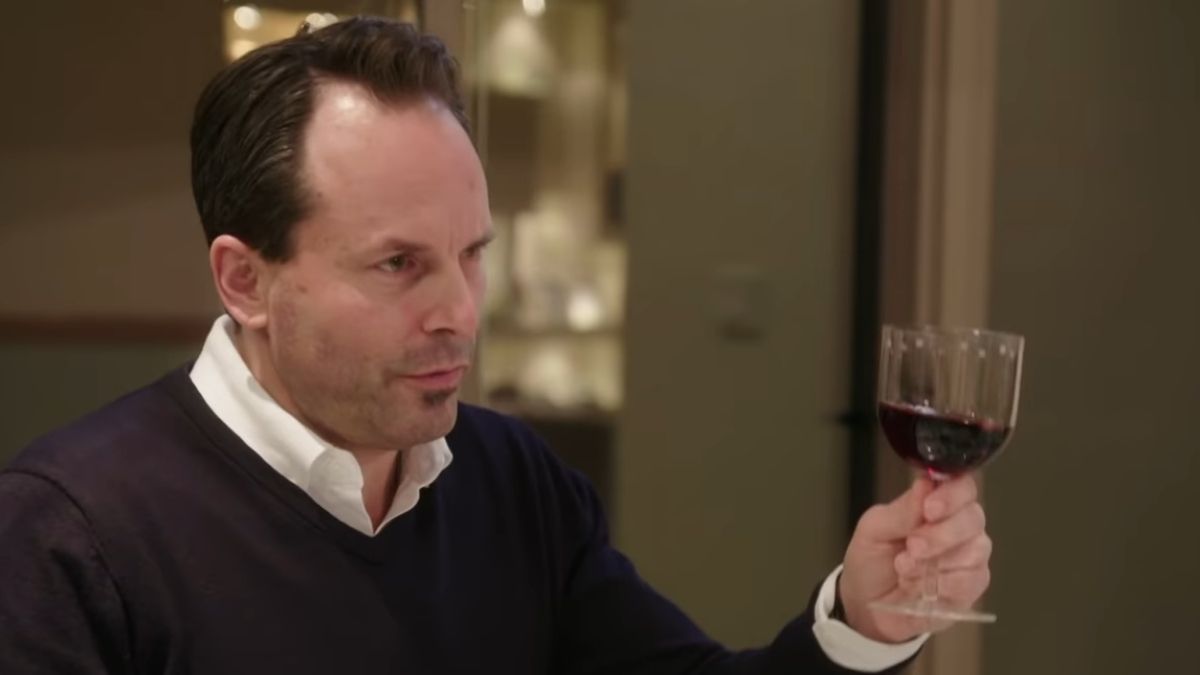 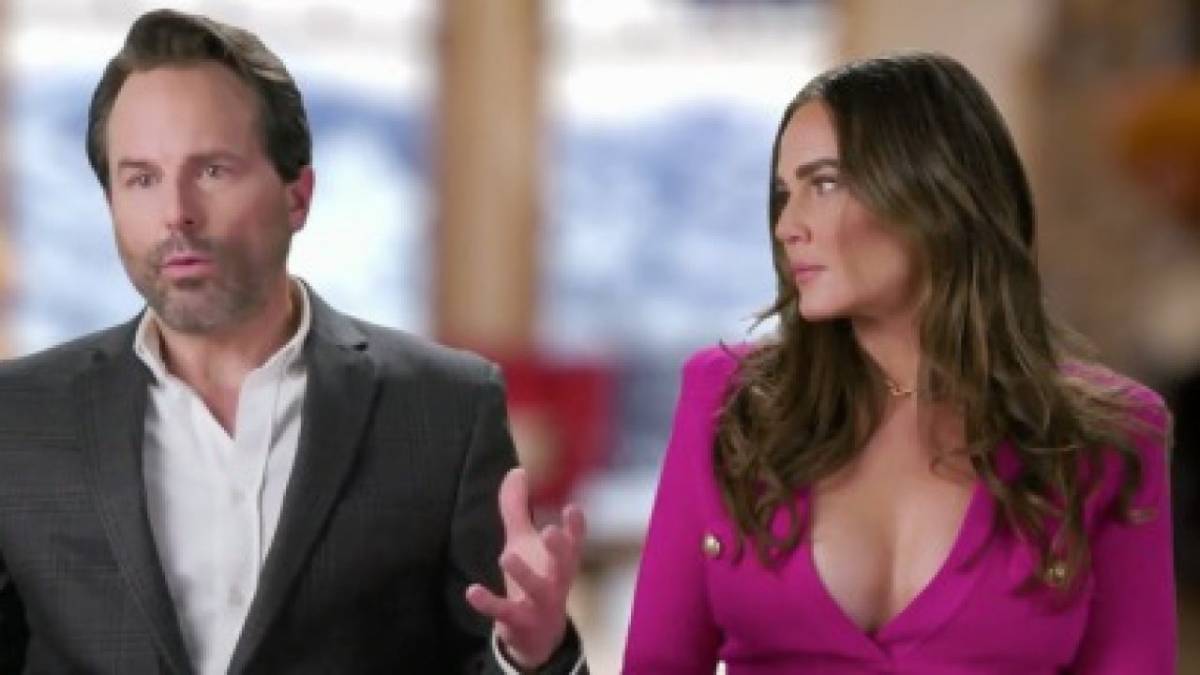