The latest Los Angeles Lakers rumors indicate that the team is planning to waive DeMarcus Cousins as he’s been unable to contribute as they’d hoped this season due to injury.

With the planned roster move, there now comes the strong possibility that they’ll add another big man to help them for the postseason. That new player appears like it could be Markieff Morris, who is conveniently on his way out of Detroit due to a buyout.

On Friday evening, ESPN’s NBA insider Adrian Wojnarowski indicated that sources had told him and fellow insider Ramona Shelburne that the “Lakers are waiving DeMarcus Cousins.” Cousins joined the Lakers in the offseason to bolster their roster but an unfortunate torn ACL in his left knee prior to the season has kept him sidelined.

Before the All-Star break, Lakers head coach Frank Vogel said there was a chance Cousins could be back for the NBA playoffs. However, this past Thursday, Vogel told the media, “I’m not even sure where he’s at with exactly what he’s doing day-to-day. I just still know he’s a long way away, but they’ve said they’re not ruling out him returning.”

Since Cousins’ injury was expected to keep him out for the entire season, the Lakers successfully applied for a disabled player exemption earlier this season, ESPN reported. That exemption is worth $1.75 million.

The good news for DeMarcus Cousins is he can still join another team in time for the playoffs, should another team want to take the chance on his injury status. Reportedly, the expectation is that Cousins will be waived by Sunday night at earliest.

With DeMarcus Cousins on the way out, it appears the Lakers are looking to bring big man Markieff Morris in as their new roster addition. An LA Times report says that sources with knowledge of the situation indicated Morris spoke with Lakers vice president of basketball operations and GM Rob Pelinka along with head coach Frank Vogel on Friday.

The Lakers’ reported waiving of Cousins lines up with when Morris is expected to clear waivers after a recent buyout by the Detroit Pistons. Due to both players being waived ahead of the league’s March 1 deadline, it makes them available to participate on a team’s playoff roster.

NBA insider Shams Charania reported on Friday evening that Morris was planning to sign with the Lakers following his buyout.

Morris has been sold on a backup power forward role with the Lakers — with more minutes for Kyle Kuzma at the three now. Sets up Markieff vs. Marcus Morris in Los Angeles. https://t.co/iSIFzCy62F

While it seems the Lakers will be his new team, it was also mentioned by Charania that the Toronto Raptors had expressed interest in possibly adding Morris.

The NBA veteran has been in the league for 11 seasons now, dating back to his 2011-12 rookie season with Phoenix. For this past season with Detroit, he’s averaged 11 points, 3.9 rebounds, and 1.6 assists in 22.5 minutes per game.

He has also appeared in the NBA playoffs for the past three seasons- as a member of the OKC Thunder last season, and with the Washington Wizards for the two prior seasons.

Earlier this month, his brother Marcus Morris was traded from the Knicks to the Los Angeles Clippers. Marcus was asked his thoughts about Markieff possibly joining the rival Lakers. He’s all for it, and even mentioned attending his games and the two getting a home in the area.

Marcus Morris on possibility of Markieff joining Lakers: ‘If he goes to LA, then sh— I’m gonna be in Staples Center all the time. I think maybe to y’all it might be weird that I’m going to all his games but that’s what’ll probably happen. And we’ll probably get a house together.’ pic.twitter.com/6YHvLY9pfC

As of this report, the Lakers continue to lead the Western Conference standings with a record of 41-12 which is four games ahead of the No. 2 Denver Nuggets (38-17). 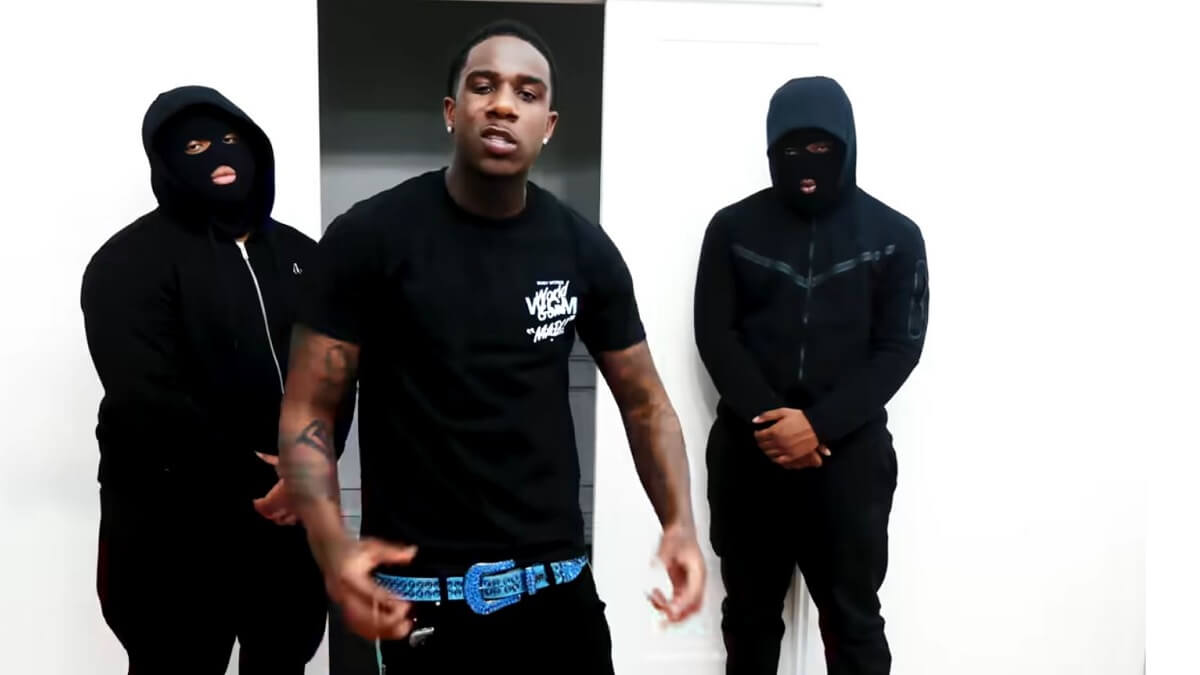 Fans are accusing rapper Dusty Locane of copying Pop Smoke’s style: Here is what you need to know about the allegations
RELATED POSTS