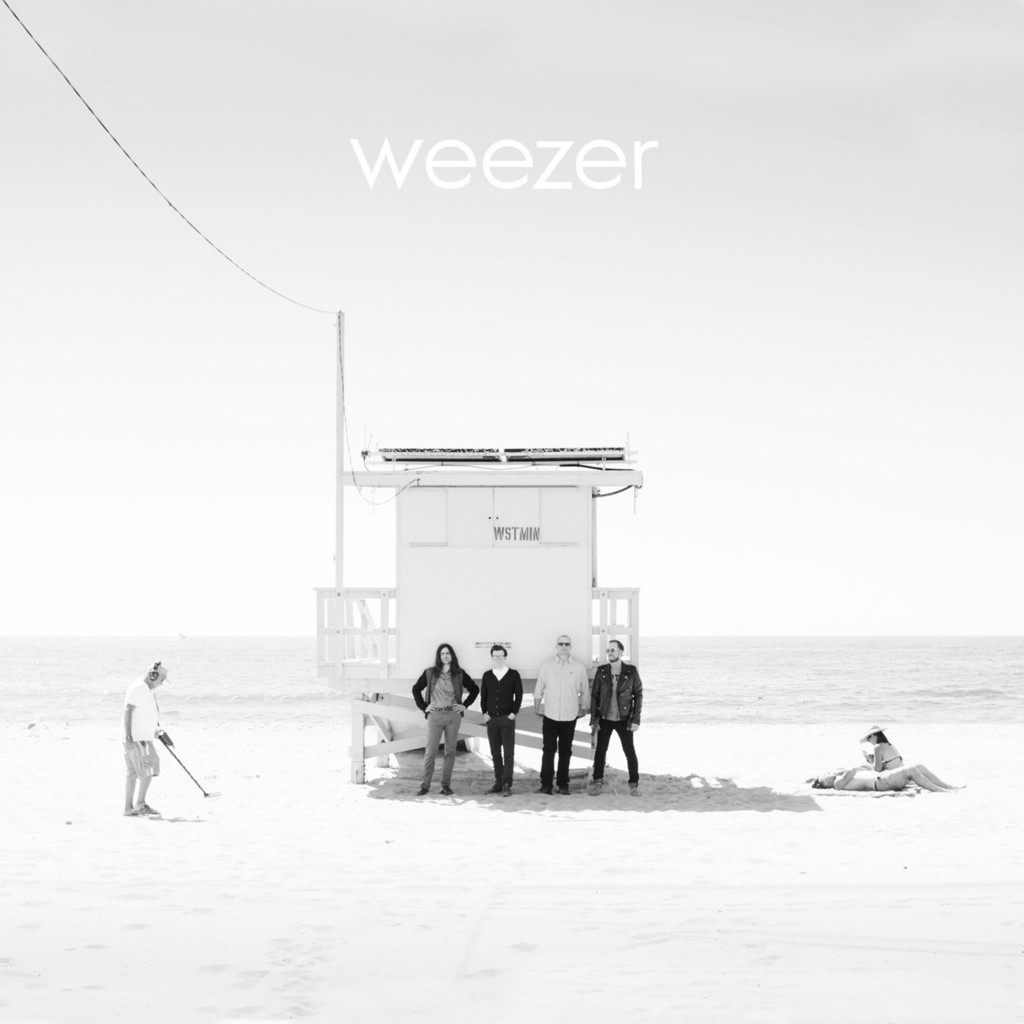 If this was anyone but Weezer it would be universally derided as summertime pop schlock, desperately grabbing at vague, feel-good boy/girl set-ups and KROQ cliche’s to move units, but this is Weezer, so of course, it’s a concept record.

The ripping guitars, live drums and Rivers Cuomo’s “nerd” voice, complete with off-the-wall references from Darwin, Dante, Coleridge, Genesis, Greek Mythology, opioids and nautical navigation all make the “summertime pop schlock” justifiable. After all, if you’re offended by over-the-top, “heard that before” hooks, silly stories and self-aware guitar solos that teeter perilously between epic and stupid, you’ve had decades to realize that Weezer is not the band for you.

If you decided you could use some fun, cheap nostalgia to last you through the summer, you’ll be delighted to know that Weezer’s “White Album” has all that and more in catchy, conveniently packaged 3 minute morsels.

Most every song works well on its own, from the straight-ahead sentimental anthem of opener “California Kids” (reminiscent of the band’s beloved Blue Album) to the wonky rap-rock of lead single “Thank God for Girls,” the ‘Beach Boys-featuring-Brian May’ “(Girl We Got A) Good Thing” and the acoustic ballad “Endless Bummer.”

What’s better is that the album works well as a whole with each song flowing comfortably into the next, and at just under 35 minutes, it paints a near-perfect teenage image of a California summer and gets out before you have time to get tired of the band’s well-worn formulas.

Though the majority of the album is overly sweet, it’s not without its darkness. The last three songs feature a hefty chunk of “why won’t you love me” wandering and surface level introspection. “Why do my flowers always die?” Rivers moans on “Jacked Up” which is easily the track that sounds least like the band and more like a co-write attempt at a slow-burning alternative hit.

On the other hand, on “King of the World,” Cuomo deadpans “One more sad movie star divorce/300 died in an airplane wreck” giving us just enough ugly reality to send us running back to the jubilant sing-alongs that make up the rest of the record.

Love it or hate it, Weezer have had decades to hone their unmistakable hooky brand of guitar-pop, and it’s refreshing to here a straight-ahead pop rock record with live bass, drums, guitars and raw vocals rather than the eclectic mishmash of crap many musicians attempt in an effort to appear interesting.

Weezer’s latest is in no way interesting, eclectic, deep or thought provoking, as Cuomo & Co have never been too good at that. Instead, it’s up-front, unapologetic fun, jam packed with great songs, big riffs and more choruses than most other bands can muster in a career, appealing to the tastes of one’s inner-teenage boy rather than the college educated 40-something year olds that make up the band.

Thankfully, the off-kilter lyrics, underlying sarcasm, consistency of the songs and careful attention to making a cohesive whole are enough to keep Weezer’s “White Album” from being too cringe-y.