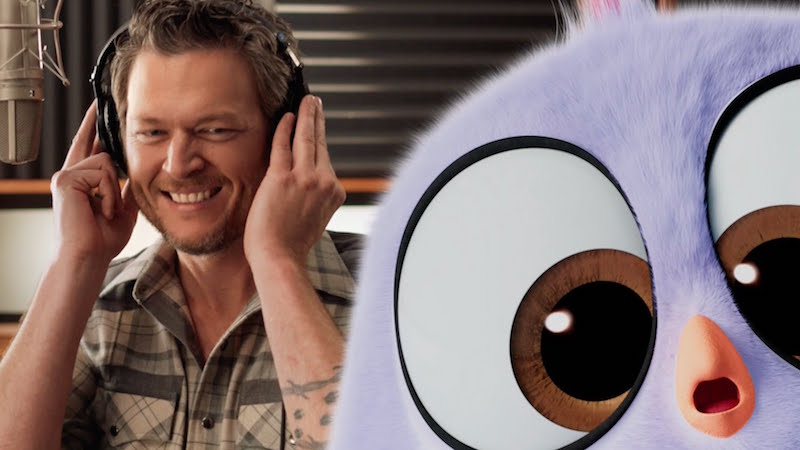 Country star Blake Shelton has recorded an upbeat track called Friends for The Angry Birds Movie – with a fun little video to go along with it.

The video, which you can watch below, shows Blake – who also voices the character of Earl the pig in the movie –  joined in the recording studio by a dancing menagerie of Angry Birds characters.

The Angry Birds Movie tells the story of bushy-eyebrowed Red (Jason Sudeikis) – a bird who has struggled to fit in ever since he was a youngster.

As a result Blake’s lyrics for the song center around friendship, and includes the appropriately birdy verse: “Who’da thought we’d wind up here together? It’s crazy that we’re standing side by side. Fighting just like two birds of a feather. Who’s gonna tell us now that we can’t fly?”