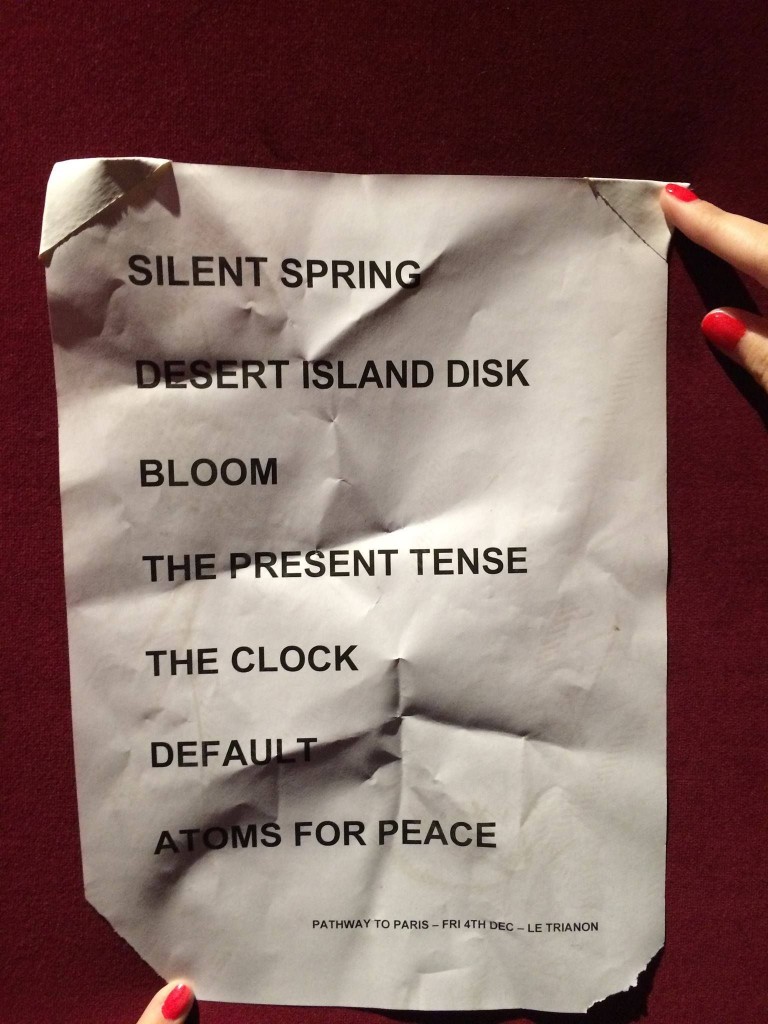 At the Pathway to Paris concerts, Thom Yorke played two new songs along with some solo favorites with the likes of Patti Smith and Flea.

The two new songs, titled “Silent Spring” and “Desert Island Disk” take on a folky, Neil Young vibe, hinting at the direction Radiohead may take for their upcoming album. While there is no guarantee that these are in fact Radiohead songs, Yorke stated “this is Jonny’s bit” halfway through “Silent Spring,” indicating that we could be hearing this one with the full band next year.

The jury is still out on whether their forthcoming album will sound anything like these performances as Yorke has previously performed songs (such as “Morning Mr. Magpie” and “Lotus Flower” from 2011’s The King of Limbs) acoustically that have taken on a completely different sound once brought into the studio, but it would be an interesting turn to take for a band that is known for surprising their audiences.

After a solo piano performance of “Bloom,” the opener from Radiohead’s last album, Yorke topped it off with “The Present Tense,” an unreleased fan favorite along with tracks from his 2006 solo album The Eraser and his Atoms for Peace side project for which Flea joined him on stage to round out the sound.

The two musicians ended the night by joining Patti Smith onstage to jam on her performance of “People Have the Power.”

It looked like an incredible, if not a casual performance that anyone would be lucky to see, but thanks to the internet, we can all hear the new songs via Youtube.

Secret Obsession: Who was the guy chasing Jennifer?