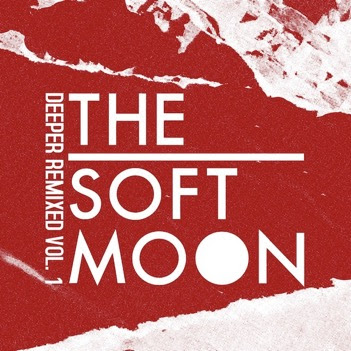 In support of their killer third album Deeper, Oakland’s The Soft Moon have begun a North American tour with over 30 shows all across the country. On top of that, they’ve announced not one, but two remix albums for Deeper, sharing Ninos Du Brasil’s take on “Feel,” an upbeat Depeche Mode build.

The remix pulls back the tempo, making for a dark and hazy ceremonial groove that grows with clacking percussion and droning tablas. The vocals are washed out and effected into a haunting whisper, repeating the phrase “why are we alive” as a huge synth bass grabs you by the gut and pulls you around in slow-motion. It’s heavy enough to touch on some elements of industrial, dark enough to satisfy your sadness and danceable enough to be blasting in creepy underground clubs.

If this track is any indication, Deeper Remixed Vol 1/2 should be a real treat, suitable for any late night dark dance party. The two remix albums are available next month on limited edition 12”, and it’s likely you can pick one up at a show during their current tour, the dates of which are listed below.