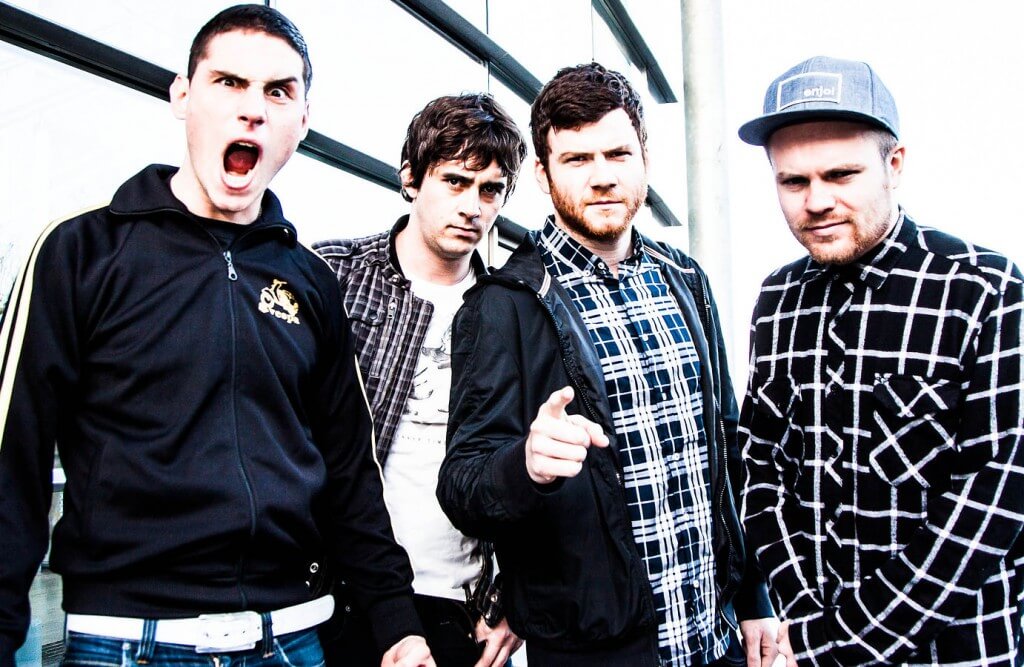 When it comes to EDM, there is one genre that is vastly under appreciated here in the States.

Everyone knows about house music and it’s danceability, trap and down and dirty, take no prisoners approach, and of course, dubstep, with it’s screeching synths and wobbling basslines.

But too few know about the Drum n’ Bass and in all it’s 170 BPM glory. From the dance floors of London, to the warehouses of Detroit, we figured we’d bring you a taste of our favorite D&B grooves.

A true innovator when it comes to the genre, Netsky is known for his eclectic live shows. Perhaps a fan favorite of his work, “Love Has Gone,” builds slow, but drops heavy. With a catchy synthline and clear cut sampling and vocal work, this track has been played at shows all over the world.

Raking in over four million YouTube hits, this may just be one of the very few true D&B tracks to make it big. UK native, Sub Focus put out this massive track over ten years ago, and it is regarded by some as a modern classic. It sits heavy on the low end, and it complemented by an invigorating snare that pervades throughout making it a largely in-your-face tune, with subtle undertones.

This is a song that feels like it was ripped straight out of 90’s UK warehouse rave. Featuring a largely old-school vibe, Jonny L and Superfly have created a track with lasting appeal and deep grooves. With the whole premise of this rapid-acting banger being about bringing it back, you may find yourself dancing your way back to the old days, before all the hype.

UKF music knows how to find talent, considering they brought this gem to light. As smooth as it is attention grabbing, The Prototypes managed to revive an original D&B hit and make it into something even more compelling.

British electronic/metal crossovers, Enter Shikari, are known for innovating and bringing a mismatch of influences together. But it was with this remix by Hamilton, that compelled many to bring the group to the dance floor. This artist manages to keep the feel of the original, soaring vocals and all, in tact, while blowing it straight out of proportion. Check this one out for something different.

While many Drum n’ Bass hits are known for being dark and heavy, High Contrast sits nicely in the opposite realm. You’ll find this track will work to lighten the mood, and uplift rather than subdue. With a captivating build up and the familiar, “boom pah, boom boom, pah”, beat pattern driving this track, “This Road Goes On Forever,” changes up the game while still feeling comfortable.

Camo & Krooked are known for having a heavy production cycle, as they have many tracks to their name. However, this is one that has brought them a large level of fame in the EDM community. Utilizing a perfectly timed Donnie Darko sample at the peak of its momentum, this one will knock you flat with it’s dark, deep, and dreary overtones.


Perhaps one of the darkest Drum n’ Bass tunes on the market, “Dark Rain” is pure evil. Super fast and super bass ridden, it will shake you to your core. Not for the faint of heart, “Dark Rain,” takes its place in the dark corners of the D&B universe.

If you ever get to attend a UK Drum n” Bass show, you’d be hard-pressed to go without hearing this dropped at least once, if not more. Another track that has become somewhat of a classic, “Mr. Happy,” is as bizarre as it is interesting. Featuring a scatterbrained synthline, and a driving beat, DJ Hazard has created a highly entertaining D&B single with this one.

Breaking away from the pack, world-renowned DJ and producer, Andy C, along with Shimon, brings us a track called, “Body Rock.” A true break away from the rest, this tune utilizes a syncopated beat pattern and a slower approach to differentiate itself. Something refreshing and different, this is a track that will find its way into your collection.