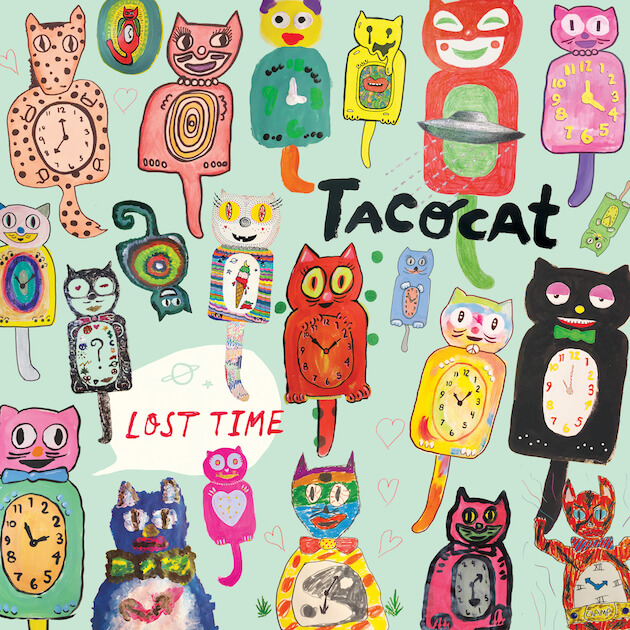 For years, the palindrome Tacocat has been circulating the internet as a meme and similarly the Pacific-Northwest band has been a reflection of that.

Fun, young, colorful, a mishmash of culture with simple snippets of feminism, summer anthems and guitars that can’t decide if they want to be Green Day or Buddy Holly on a surf trip.

On “Lost Time,” they’ve held on to the upbeat pop-punk but have shaped it into something tighter, darker and more adult.

The subject matter has matured from girl-power novelty (Crimson Wave) to deeper looks at feminism (Men Explain Things to Me), bad breakups (You Can’t Fire Me, I Quit), global warming (I Love Seattle) and alienation via technology (The Internet, Talk).

Even the weaker tracks like “Plan A, Plan B” and “Horse Grrls” have a lot on offer creatively but are occasionally crippled by the band’s carefree elementary approach to songs, which leads to many of the melodies suffering from “sameness” and predictability.

Conceptually, the songs are all strong, with even the sillier numbers approaching a topic from all angles, and while the lyrics are often jam-packed with fun phrases and pop culture references (“Bring a boombox but you can’t play R.E.M” on “Night Swimming”), the vocals are pushed so far back in the mix that your ear only picks up the most obvious rhymes, which cheapens the otherwise clever songs.

On a similar note, the production values have “increased” in that the drums thwap, guitars crunch and handclaps pop off like gunshots, but unfortunately, the finer points of production, such as a clean, full and balanced mix and attention to song structure are lacking.

While the album’s relatively stripped down recording gives a decent impression as to what the live shows sound like, it’s amazing that there’s not a hint of a synth or some fun effects to match the colorful, internet-era vibe the band emits.

Despite these minor complaints, Tacocat’s latest is a solid effort that retains the fun of their earlier work while proving themselves capable of growth, but unlike similar acts like label mates Chastity Belt, it remains to be seen if social analysis (“The world is a hive/Work hard until you die”), morality and opting out of office jobs and family life (topics addressed on album closer “Leisure Bees”) can be taken as anything but cute when paired with such bouncy tunes.

I sure hope so, as some of the most successful moments on the album are when the band take on tough subjects or indulge in their punkier tendencies.