I believe music should go everywhere you go, headphones are great while you’re out in the big world, but sometimes you want everyone around you to hear the awesome music you have been listening to.

Whether you’re at the beach, in the park or a very awkward party, you should fill the boring air with some awesome tunes, luckily Bluetooth speakers get the job done right.

For the past couple of years Bluetooth technology has taken the consumer audio world by storm, let’s face it, wireless connection is convenient and logical.

Whether it’s your car or your computer that already has enough wires in it, you deserve to listen to music in the most 21st century fashion possible. 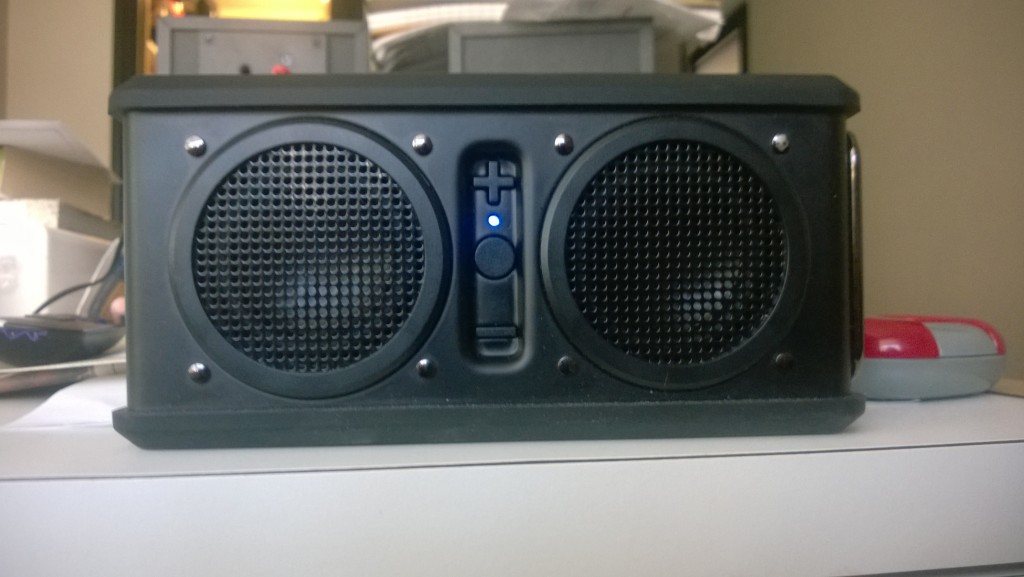 I have been a long time user and fan of Skullcandy’s products, but I have had scant experience with their non-headphone audio devices, their new addition to their speaker collection has proven to be a great start to my dalliance with Bluetooth speakers.

Using Air Raid for the past couple weeks I have come to these conclusions: it’s durable as hell, it’s loud enough to piss off my neighbors and kicks any competing speaker miles away in comparison. 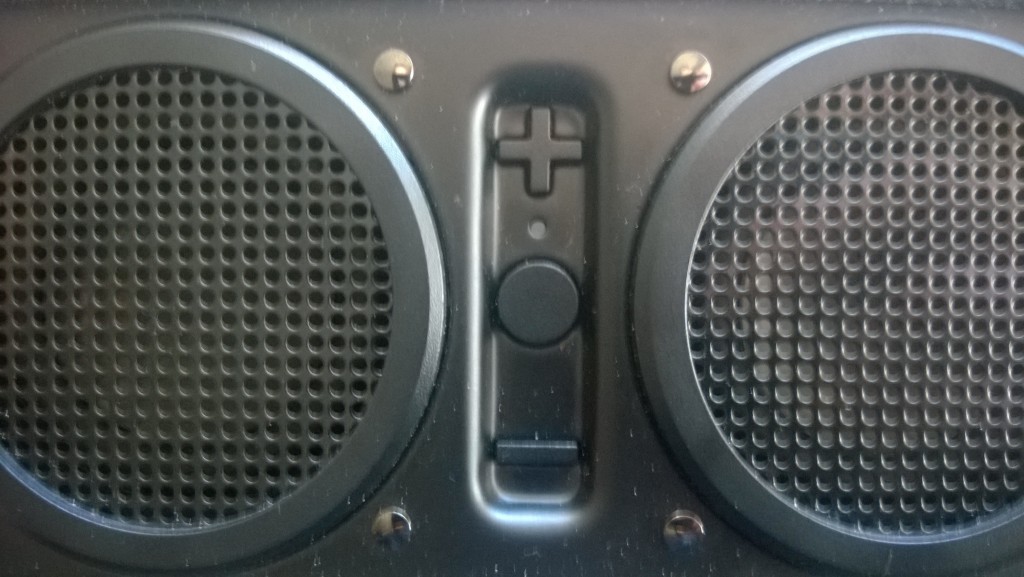 At first impressions I notice this speaker is surprisingly heavy for it’s size, which makes sense because the Air Raid is both drop proof and water resistant, great news for a schlimazel like myself who has broken more headphones and amplifiers than a bull in a consumer audio shop.

Turning the speaker on or off you’ll notice that the speakers shoots out a buzzy frequency reminiscent of a transistor radio, the nostalgia element gives this speaker an old school feel to it’s contemporary innovative power.

All the detail that went into developing this speaker reflects the bravura Skullcandy has in producing cutting edge audio equipment. 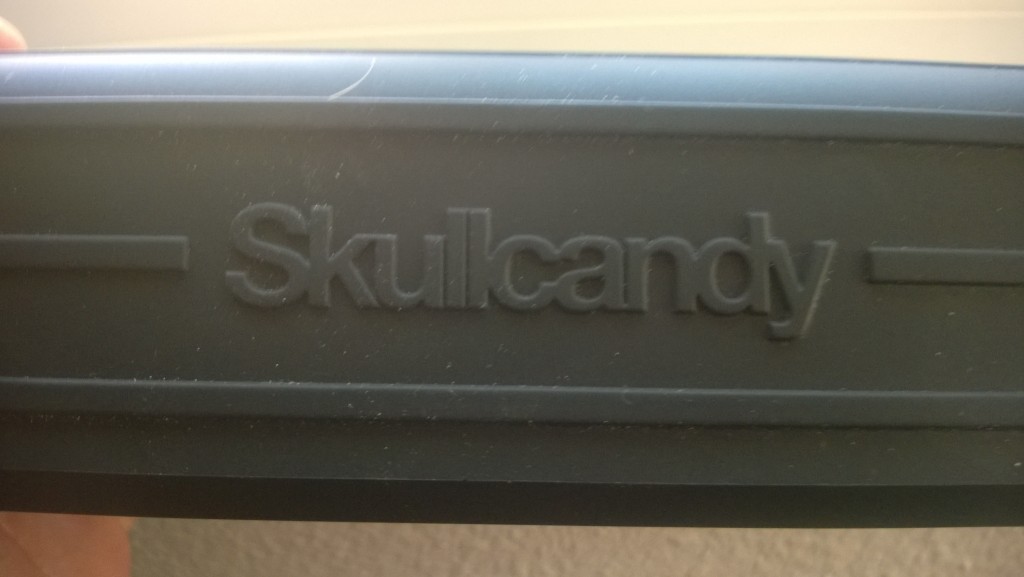 If someone within 25 feet of me asks me to turn down my music, then I know it’s doing it’s job right. This 190mm by 90mm speaker is impressively stentorian for it’s size, my sound system at home pales in terms of sound range and velocity and this speaker is half the size and portable!

In a hackneyed attempt to experiment with it’s threshold, I put my Air Raid up against my JBL Flip Bluetooth speaker in a “Battle of the bass”, which consisted of both speakers playing Excision’s new album “Codename X” at maximum volume, two sore ear drums and one angry neighbor later, it was the Air Raid that drowned out the JBL Flip with it’s irreproachable low end capability.

Not just with it’s low end power, which is favorable for any clamorous EDM fanatic, the range on the Air Raid is out of this world. It can capture the boom of a kick drum or flaunt the minor nuances of melody in a Rocky Votolato tune (yes, I listen to Rocky Votolato, deal with it).

Hi, Mid and Low ranges all coalesce in sonic sodality when you use the Air Raid, which is only fair to have a speaker that is a versatile as your music taste.

The Bluetooth connection ensures a smooth, static free output while listening, the speaker itself can skip between songs on your phone by the push of a few buttons on the speaker (the Air Raid features a “+” “-” control for volume and song tracking), my phone was downstairs in my house and I still had incredible sound in my room where the Air Raid was, untarnished by latency or distortion by way of lack of signal.

This speaker could easily work as a sound system for your room with it’s fortissimo of thunderous sound but you will only want to show all your friends how amazing this speaker is.

The Air Raid comes with a micro USB charger port, which is great for smartphones users because you can use your ubiquital charger to juice up the speaker, which has an impressive ten hour battery life for extended listening.

Though this is not a new idea, the Air Raid quells any silence with crystal clear sound much better than it’s competitors, for a Bluetooth speaker, it is unmatched in sound quality, durability and design. At $149 dollars retail (currently on sale now for $119 at www.skullcandy.com) you can’t afford not to get this incredible device that is ready for combat as it is your own party!

The Kitty Kelley Files premieres with profile of Drew Barrymore by the...

Survivor: Who has the most Fire Tokens on Winners at War?