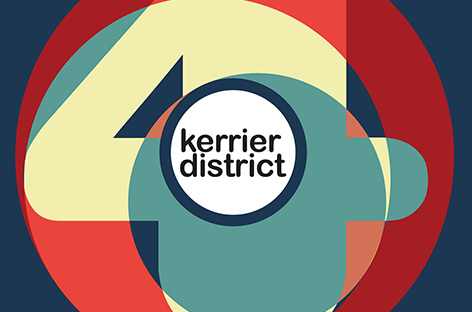 Luke Vibert is the jack of all trades, his music has constantly evolved and gone into new sonic territories rife with uncertainty and curiosity, yet it he always comes out on top with excellent records that take risks on without reproach.

Be it the much lauded Trip Hop his eponymous project yielded or the more abstract Acid Jazz in his other appellation Wagon Christ, even the synapse burning Drum and Bass under his Plug moniker is a true spectacle of the genre’s early years.

The British producer has tweaked on his sound constantly, challenging the boundaries of genre and music itself. He’s worked with Aphex Twin, including putting out his seminal “YosepH” record on the prolific Warp imprint that Aphex and Squarepusher release on, he’s put out more music than most will in two careers time and he has been a sensation of the Indie Electronic music scene since his incredible debut with Jeremy Simmonds, “Weirs”.

Each project of his is unique, yet all sharing the same Vibert touch, blistering psychedelia and meticulous design infused within every beat or melody. Even his more Disco and House oriented project Kerrier District reflects his mad scientist approach to music. Here with the fourth installment under the name, aptly titled “4”, proves that he can make any genre do his bidding.

Since 2004, he has been putting out his brand of dance music under this alias on and off, over ten years and a few releases in between from all of his other projects, Vibert has returned to his Disco from outer space output and after listening to the new record, it doesn’t seem like he has lost touch. The album’s opener “Discogram” (and remember, Disco is a word you will see a lot in “4”’s tracklist) is a booming dance floor number with analog synths and a punching kick and snare beat to kick the album off on a good start. With every thump of the kick on this record, arpeggiated synth or throbbing bass line; you are immersed in Vibert’s well-layered groove.

Vibert’s trick in each song is the ostensible simplicity, when carefully examined each song is a carefully crafted motif even if repetitive on the surface. The goofy samples, including the canonical party whistle expected to be heard in a Turkish Discoteque, even today, work perfectly to disguise these well composed tracks as cheesy proto-House tunes of old. “Funky Train” opens with a silly sample inviting the listener upon the titular funky train, clangy xylophone hits give the song an inviting feeling, before a bubbly synth cuts through and turns the track in a frenetic boogie.

The secret to great Nu-Disco is well plotted progression instead of letting a track be mired in the same melody and beat for eight minutes. With “It’s the Disco”, the album’s designated epic running over seven minutes in length, starts simple with eighth bar drum fills and a squawky synth and adds little inflections, off beat drum syncopation and club ready flare.

A track that hooked me in the most had to be “London Grooves”, it is in essence the funky banger Siriusmo wishes he could have made, moreover, this tune makes you want to clap your hands and gyrate your hips like a moron. Every bar in this song is packed with a wobbly synth, an insatiable energy behind every sample stab and snare hit and above all, the motherfucking groove.

Even in it’s quietest moments, “4” is like the kid on the dance floor who will never stop dancing, from doors open to last call, “4” dances on without a hitch or break. The album’s closer, “Come on Kerrier” is anything but an album closer, it’s a Techno fun fest with a touch of Disco instrumentation and Vibert ambition, “4” ends exactly as it started, a party that doesn’t die down or become tepid at any point.

From start to finish, “4” is a world where nostalgia and innovation are juxtaposed, embracing the old has been very much in vogue, Disco is much a part of this as any genre many have outgrown or never experienced in the first place. Vibert makes this Space Disco an extension of his already gargantuan catalog, showing that he can dig into the deeper sounds and compose club ready tunes that are danceable yet flaunt the obvious Luke Vibert touch.

Though some songs can feel like a morass with so much going on, including “Treacle Tits” which clearly pastiches Mr. Oizo’s “Flat Beat” with it’s presentation, with abrasive filter sweeps that can confuse more than intrigue. It can be disorienting to try and power through the 14 song tracklist, this is a dance record, not necessarily an easy listening piece.

Suffice it to say that this album is great for anyone who want to further explore Vibert’s prowess in composition, his brand of House and Disco carries a lot more substance than his contemporaries, even his most accessible of tunes found with his Kerrier Project are as interesting as his more avant garde works elsewhere. “4” is the record House purists have been dying for, but tread carefully, because you might get caught in it’s infectious groove too.

Who is Madison Prewett on The Bachelor Season 24?

OutDaughtered Hurricane Harvey update: How did the Busby family handle the storm?