A couple weeks ago, my idiot self decided to search the word “fart” on Spotify, you know, for science.

Lo and behold, I find FARTBARF, and believe it or not, they’re fantastic. A week later and I’m walking into El Cid, one of my favorite LA venues and the crowd is buzzing, anxious to see what’s about to happen. Suddenly, the sound system erupts with a thunderous, meaty synth, the red curtains open and three guys in NASA jumpsuits and neanderthal masks blast off into gritty, gut grabbing synth punk.

Fartbarf are a bouncy sci-fi nightmare, blending the primitive with the futuristic, live drums and dancing apes boasting a true Cro-Magnon posture hunched over vintage synths. Witty, call and response lyrics are sung through barely intelligible vocoders, and every song was sure to drop into a fun, floor stomping hook that consistently had the crowd, clapping, dancing and singing along.

Fartbarf, are (according to their name tags) made up of Josh on synths/lead vocals, Dan on additional synths/background vocals and Brian on drums, all of who are super tight, talented and energetic performers. It was refreshing to go to a dance show and not see a single laptop on stage. It was even better to see a synth band made up of people that really know their way around their instruments, creating thick, warm bass lines, squealing leads and glitchy, arpeggiated freak outs. For a three piece, Fartbarf have an incredibly full sound and an engaging, entertaining live show that maintained its pace and sense of fun throughout the set.

Unfortunately, their strengths, being the use of old school synths, robotic vocoders and solid, mid-tempo dance floor jams made some of the songs hard to differentiate from each other. For a dance band, this isn’t exactly a bad thing and is fairly forgivable since they don’t have the limitless sounds and sequences that computers provide. While the majority of the set used the same three or four synths (leading to the sonic overlap), the sounds themselves were absolutely killer and the arrangements between the drums, keys and vocals added enough variety to make for a fun and satisfying setlist, though I would’ve liked to hear a few faster numbers, which by modern EDM standards, would be tough to pull off with a live drummer. 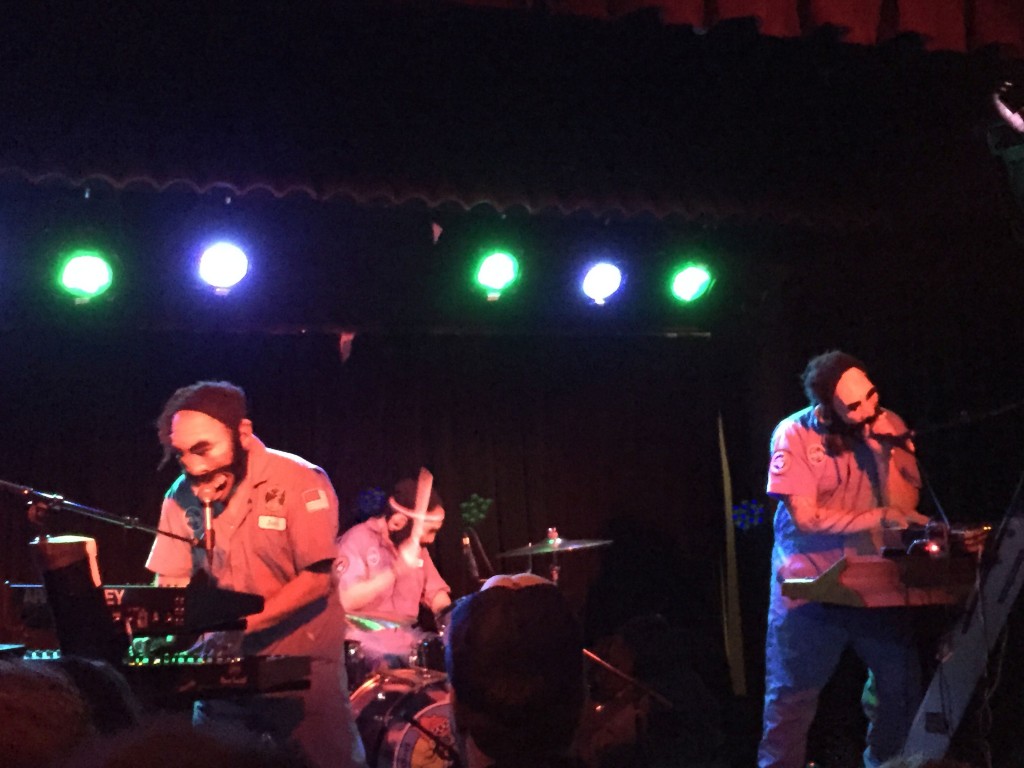 All in all, the band are a whole lot of fun, making surprisingly great tunes that work equally well at home, in the car and on the dance floor. Needless to say, I’m now the proud owner of an awesome FARTBARF shirt and will be bringing my monkey mask to their next show.

Most Expensivest Season 2 continues with stoner polo as 2 Chainz and...

Disaster for Whitney on My Big Fat Fabulous Life as Todd injured...

Is Ashley from 90 Day Fiance pregnant with Jay’s baby?