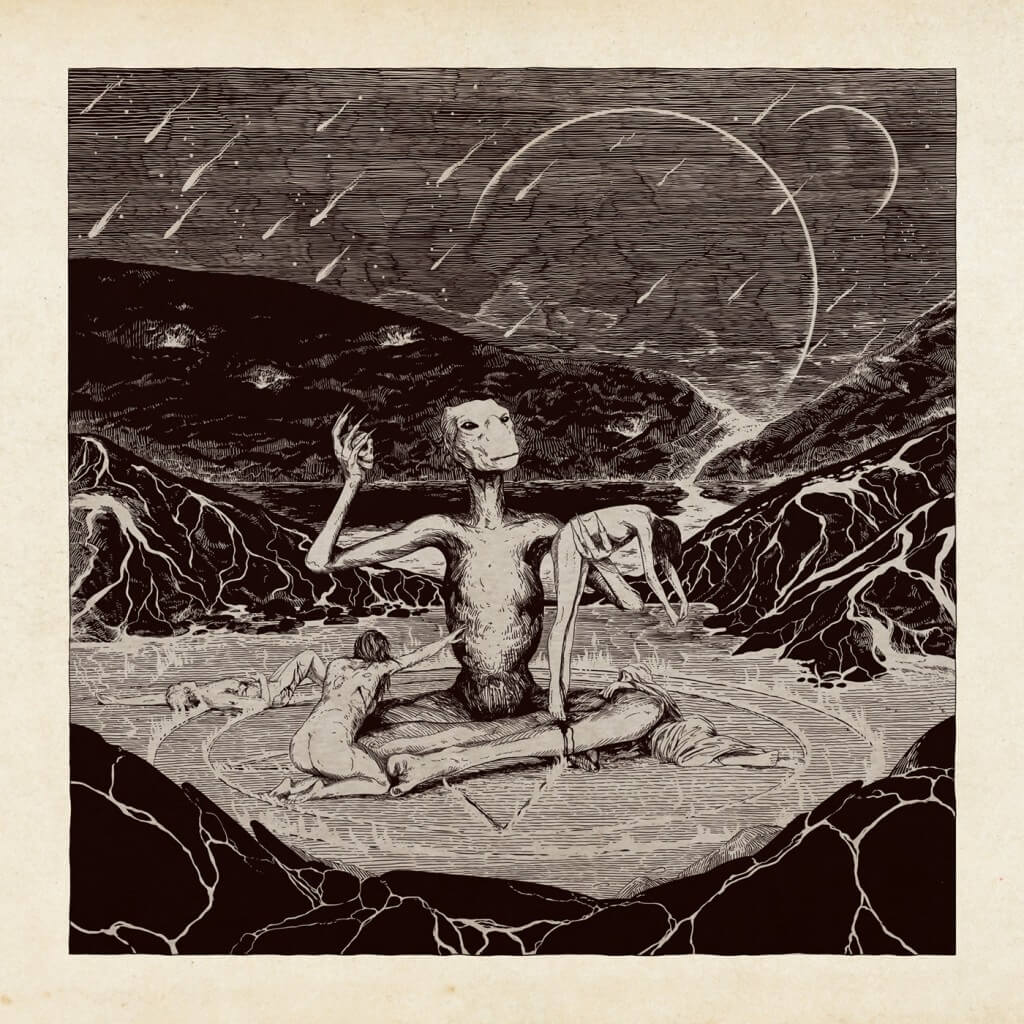 When will people learn to stop worrying and embrace techno? I’m not holding my breath, but the resurgence of the DIY ethos behind the sound of the underground has given me new hope in the scene. Three Brooklyn-based purveyors of DIY, together as DUST, have taken the lexicon of the under-appreciated sub-genre of electronic music to create a dark, brooding debut album, Agony Planet, and it is a journey through an extraterrestrial version of Hades.

The trio, consisting of audio engineer Michael Sherburn, Brooklyn underground rave promoter turned DIY nightlife champion John Barclay and multimedia artist Greem Jellyfish, make a brand of techno that is dark like Gesaffelstein, proto-industrial like Throbbing Gristle, and as hypnotically minimal as Daniel Avery. The sound of DUST is at times bare bone minimal, and at others labyrinthine in its design. The analog electronics on this album seem to be powered by this manic energy, building tension in every kick and synth stab. Listening through the 12 tracks on this album feels like a violent dance party in an abandoned warehouse with our alien overlords in the DJ booth, controlling all those who listen.

Most of the tracklisting here recalls the halcyon days of underground rave, cerebral techno pieces that don’t indulge in EDM theatrics and syrupy mood boosters. Agony Planet is unforgivingly heavy and doesn’t pull any punches. The first two tracks, “Breeding Pit” and “Alien Prey,” are harrowing techno thumpers that keep hook you in through their combined 14 minutes, peripheral screams buried under the beat from Greem Jellyfish in “Breeding Pit” sets the otherworldly tone for the rest of the album and “Alien Prey” has this dark, cavernous bassline suspended throughout it that will send shivers down your spine. Things get taken into a more danceable place with “Xenocide,” which sounds like something that wouldn’t be too out of place from the 90’s big beat scene.

A haunting transmission comes in the form of “The Alien Is Contracting,” Greem Jellyfish speaks through an array of audio filters as though she is possessed by the spirit of a nascent alien creature, making itself known to this world. The best from Agony Planet come in the tracks that follow, the buzzsaw electro of “Tell Me” is an alluring invitation into oblivion that will blow your speakers. The more you go through this album, the songs become more and more intense, whether it is the frantic fusillade of synths in “Message From Enoch” or the subdued bass bomb of “Kolobos,” the mood becomes tactile. The galvanizing peak comes in “She Woke Up In Water,” a relentless hardcore track that features Greem Jellyfish shrieking words like hellfire.

The album wraps up neatly with the penultimate “Acid Bath,” which, as the name suggests, feels like being immersed in a veritable bath of angular acid house synths. The closer “Wasteland” takes the spirit of the album and fades out into desolation with some sweet, minimal techno. All of the arpeggiated synth flourishes, seismic 4 on the floor beats, and unbridled vocal contributions from Greem Jellyfish make this album feel like a return to form for rave, going back to it’s untamed state before it felt the toxic touch of corporate influence. Listening to this feels like being back in that sweaty morass of a warehouse party, waiting for the cops to break up the fun. Agony Planet is both an homage to the days of old and a very fresh reminder that rave music can still be dark and dangerous.

There aren’t too many drastic left turns here on the album, while the tension created from the mood throughout the record is very palpable it could not compensate for how interchangeable the songs on the techno side are. That’s the thing with techno, while it may be mired in repetition it can both demand your attention or push it away with its simplicity. The way the house and techno came together on this album is brilliant, veering away from simply being a hodgepodge of bangers and instead the record actually felt like a journey, not knowing what could be around the corner as ominous motifs of electronics unfurl.

The trio of DUST took something that isn’t too well known for its variation and created a cohesive album experience using eerie sonics tucked in each track to give it substance, an unshakable feeling of despair as the kick thumps on. Sure this could be the album to simply give your dance party underground flare, but it can also be a stark dive into darkness, embracing the danger of the warehouse era and surrendering to an otherworldly collection of songs.

The Bold and the Beautiful spoilers: Thomas makes a gesture toward Hope...

Katie and Kolton on Marrying Millions: It’s time to come clean to...