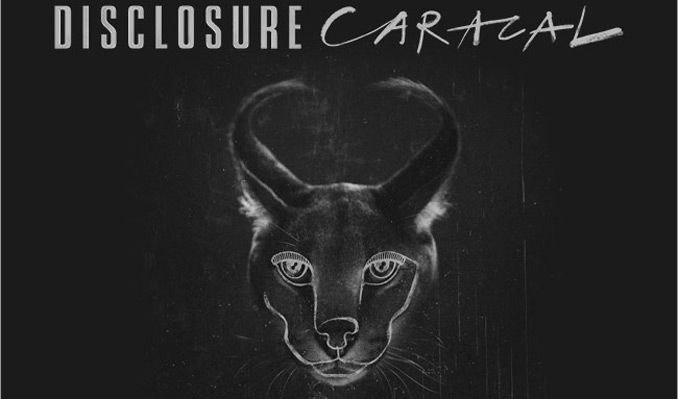 Since the release of their first full length, Settle, back in 2013, the duo known as Disclosure are believed to have almost single-handedly ushered in the deep house era. Made up of brothers Howard and Guy Lawrence, the group has grown from their humble beginnings playing for friends and in local clubs, to touching the stages of all the world’s major festivals.

Disclosure’s true breakout success came in the lead-up to the release of their first LP, when they joined forces with Sam Smith, to release “Latch.” Following these were the following singles, “White Noise” featuring Alunageorge, and “You & Me,” featuring Eliza Doolitle. With a two year gap since the last release, a steady stream of singles have come about, all leading up to the release of the highly anticipated, Caracal.

From the outset, Disclosure made it clear that this would not be a largely cohesive album. In sound and style, the group is locked in and all songs fit. But in terms of storytelling and song progression, each track is it’s own book. Caracal begins with a minimal dance number featuring The Weeknd entitled, “Nocturnal.” The track serves to ease the listener into the album, while not offering anything other than what one would expect from a Disclosure tune. Not much of a departure from previous work, with just the right amount of sprinkling from the Weeknd to keep it enticing. Following out initial foray into Caracal, we are met again by Sam Smith, who croons over a musical bed that is again typical of what one would expect. Perhaps not as compelling as fan-favorite, “Latch,” but equally as inspired.

The next two tracks bring some character to an already great, albeit familiar-sounding, record. “Holding On,” featuring Gregory Porter has instant staying power. Gripping and groovy, with just the right amount of vocal flair, this track was released as an early single, and for good reason. “Hourglass,” brigs us some decidedly more distinct sounds from the duo while introducing LION BABE, who brings a unique sound that marries the track perfectly. “Hourglass,” also features a breakdown that is easy to get lost in and hard to forget.

“Willing and Able,” featuring Kwabs brings down the tempo as the album takes a focus on love and not letting go. Nothing overtly inspired makes its way in on the production end, but Kwabs carries the track quite nicely. Next brings us the long awaited Lorde collaboration for “Magnets.” For those following Disclosure for some time now may have noticed their particular pension for certain types of voices, and it’s refreshing to see that Lorde breaks the mold with her contribution. The track leans more heavily on her vocals, but the production works well to supplement the track with Disclosure’s iconic ethereal synthwork.

“Jaded,” brings us the first all-Disclosure piece on the record, and while still laden with vocals, the production takes somewhat more of center stage here. With a unique under-driven melody and supplementing percussion, the album steers in a more production-heavy direction from this point onward. The following tracks, “Good Intentions,” and “Superego,” are more drawn out pieces that return the favor with more extemporaneous musicality. “Superego,” features some truly unique sounds not previously found on the album.

“Echoes,” is another Dislosure solo piece, and perhaps one of my favorites from Caracal. Picking up the pace from the previous pacing the duo delivers an immensely catchy tune featuring the vocals, “Don’t you remember anything that you said/Forgot the memories that fell through the net/you go on and on/ I can sing along cuz you’re the echo that’s in my head.” The album then rounds out with vocals from the incredibly talented Jordan Rakei on “Masterpiece.” Slow, longing, deliberate and impactful, “Masterpiece,” closes out the album in a striking fashion.

Overall, Disclosure brings us an impressive sophomore effort that certainly lives up to its predecessor. While you will find nothing distinctly new here from Disclosure’s end of the bargain, the collaborations make for a truly diverse offering. Most work well, a few are average, but it is clear that the Lawrence brothers have an ear for talent. It would have been nice to hear more Disclosure-centric pieces devoid of collaborations this time around, as artists tend to get overly trigger happy with collabs on subsequent albums. However, you will find that while a few tracks are average, none fall flat, and that in and of itself is quite a feet. Disclosure had big shoes to fill following the release of Settle, and I am pleased to say that Caracal is highly recommended for everyone.