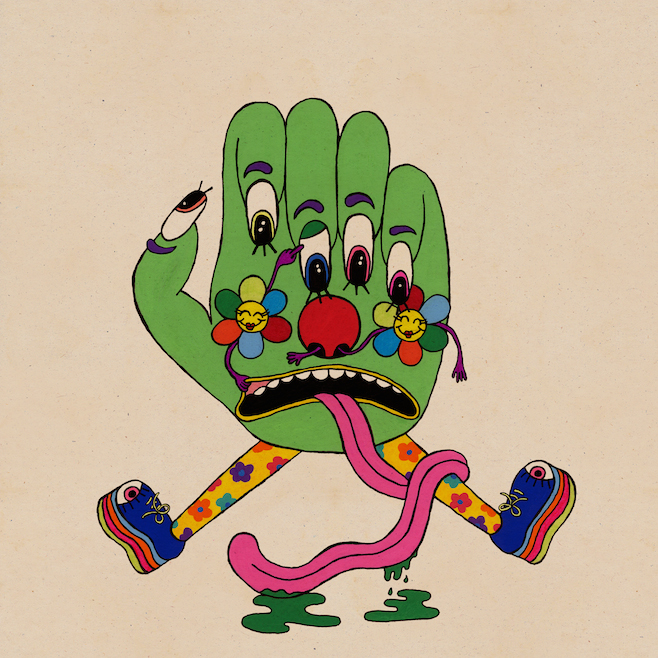 After three years, Dan Deacon is back with twinkling synths, clacking stacks of percussion, warped vocoders and a nervous but overall optimistic outlook.

With Gliss Riffer, Deacon has tightened his song writing and honed his pop sensibilities without losing his creative edge, carefully layering fun DIY electronica with indie sensibilities and modern classical rhythms. Lyrically, it’s dark without putting a damper on the party, philosophical without being too serious and anxious without being overwhelming.

He’s traded some of his absurdist tendencies for accessibility, but that doesn’t mean the record isn’t fun or surprising. While familiar, it’s far more focused than some of his earlier work minus the silliness of 2007’s “Spiderman of the Rings” or the excessive weight of 2012’s “America.”

He’s found a balance in art that never gets pretentious, pop that never feels contrived and lyrics that rarely rely on their quirkiness to replace meaning or emotion. It’s fun through catharsis, a psychedelic trip that uses synthesizers to discover what makes us human.

Opening with the poppy lead single “Feel the Lightning,” Dan might be discussing nightmares and worry (in his best Ian Curtis impression), but his pulsing pads and pitch shifted vocals lay out a surprising sense of peace and calm before bringing us to the bouncy video game banger of Sheathed Wings.

“When I Was Done Dying” is a psychedelic stream of conscious journey through reincarnation that’s equal parts abstract poetry, fast paced confusion and a waltzing marimba groove. It’s vivid, visceral, spiritual and fun. It might also be the best track off the record.

If the previous song is what happens when we die, then “Meme Generator” is the tune playing in the elevator to the afterlife. It’s a fun yet sentimental instrumental track, peaceful and haunting with glassy synth “oos” that caress the listener through simple yet surprising chord changes. His vocals are warped and distorted, sliced up and spit through a sampler that sounds like a nasty telephone with crossed wires; pitch shifted, percussive and chattering on about nothing. It’s a maximalist take on Boards of Canada’s ambient grooves without the seven-minute build up.

Mind on Fire brings us back to the party, with traces of David Byrne and LCD Soundsystem’s dance-punk before it breaks for a ring-modulated mantra of
“Happiness takes time/time is my life/I have no time/I’m still alive” which loops while the rest of the track creeps back in to keep us dancing.

“Learning to Relax,” the record’s feel good pop song, makes a fast-paced fight against the clock while accepting the fact that time is inescapable. It reminds us to just enjoy the moment, which is clearly what Dan Deacon learned to do while recording Gliss Riffer. “Just take me outta my mind,” he sings through a vocoder, flipping through pictures and old memories before layering vocals into a round that morph into an indecipherable mess of rhythms and texture. It’s classic Dan Deacon matured; simple and fun, frenetic, layered and impressively lucid.

“Taking it to the Max” is a constantly evolving, minimal and repetitious percussion opus, bringing back the modern classical influence found on “America.” The intensity builds with pianos, sax, flutes and distorted synths before fading away into the contemplative, ambient sunrise of Steely Blues that ends this cathartic whirlwind of a dance party. Having said all he needed on “Learning to Relax,” the last two instrumentals offer an intricate and emotional close to the record.

Overall, Gliss Riffer works better as an album than it does as individual tracks. While each song does something special, it’s how they all build, drop and bubble into the next that makes the record shine. Deacon has always crammed his tracks with as much as he could, but nothing on Gliss Riffer goes on too long or feels out of place; each song does what it needs to before bursting into the next jam, smoothly transitioning from psychedelic ramblings to emotional video game grooves and beyond.

At 8 songs, it’s his most focused work and successfully does everything it needs to without overstaying its welcome. Unfortunately, outside of his restraint, darker lyrics and newfound pop polish, Deacon doesn’t bring many new things to the table. Thankfully, all his talk about death is just a roundabout way of celebrating life, which gives Gliss Riffer’s fun indie dance jams some much needed emotional weight.

All in all, it’s a solid record that should serve as a strong diving board for the next leg of his career.